President Biden to end COVID-19 emergencies on May 11

A pair of bitter losses the past two seasons have left the Rapid City Christian girls basketball team with unfinished business heading into the 2022-23 campaign.

The Lady Comets fell one game shy of the program’s inaugural Class A SoDak 16 berth both times, dropping heartbreaking 53-48 and 50-49 results to Belle Fourche in the final round of the Region 8A Tournament.

“The Belle Fourche stuff leaves a little bit of a taste in our mouths, for sure,” Christian head coach Joe Kieffer said. “We were a shot away both times, a possession away, but that’s basketball.”

Entering this season, the Lady Comets are equipped with a handful of seniors and several underclassmen, filling out a roster that Kieffer said he believes can have the depth to push his squad over that regional barrier and give them an opportunity to play for a spot in the state tournament.

“I know we have the ability, it’s just a matter of taking advantage of each day we get and preparing,” he said. “We just need to work each day, get better each day and try to get a really good push at the end of the year to get in the postseason. We’d really like to extend it this year.”

Standout Olivia Kieffer will once again anchor Christian, something she’s done her entire high school tenure. The 5-foot-10 guard/forward, who signed with the University of South Dakota last month, averaged 20.6 points, eight rebounds and 2.9 steals last season and is approaching 2,000 career points, a feat less than 35 girls basketball players have ever accomplished in the Mount Rushmore State.

“It starts now, just really repping it out and getting better, working on our defense and our mental toughness,” said Olivia Kieffer, the No. 3 ranked senior in the Dakotas according to Prep Girls Hoops. “And by the end of the season just being really ready and confident in what we can do.”

Olivia Kieffer is one of five seniors on the Lady Comets squad this year, joined by guard Savannah Armendariz, a returning starter, and 6-foot center Alexa Ham, who is making her return to the hardwood after sitting out all of last season with a knee injury.

“I love this team. We have a great culture. We’re really excited to work together again,” Ham said. “We’ve got a great senior group this year. We definitely want to get to State this year.”

Outside of its senior class, Christian also has a heavy dose of youth on its team, carrying just one junior while sporting four sophomores and five freshmen, led by Hayden Thorton, who started as an eighth grader last year.

It gives Joe Kieffer reason to believe he can put upwards of 10 or more players on the court during a game, being able to give his starters more rest. In previous high-pressure contests, like those against Belle Fourche, key players with drained energy or fouling out have contributed to losses, so he’s looking to quell that issue this season.

“Right now, we’ve got so much younger talent. We really want to focus on lots of people playing and getting after people and trying to wear teams down, so in the end we’re fresh,” he said. “We want to learn from that and flip that coin a little bit, and I think we have the depth this year to do it.”

He also said that with the depth of his team and keeping them fresh, they’ll hopefully be able to play more up-tempo and quick-paced.

“It’s super exciting because we want to play really fast,” Olivia Kieffer said. “We want to try and work really hard on defense, so it’s always nice when you know you can give it your all and if you need a quick break you can have a quick break because we have a lot of players on the bench who are ready and able to play.”

The Lady Comets’ regular season slate has perennially gotten tougher and tougher as they’ve phased out Class B competition and added more Class AA opponents. For their 2022-23 lineup, they’ll partake in the Lakota Nation Invitational for the second straight year, battle out-of-state opponents from Nebraska, North Dakota and Wyoming, meet with Class AA foes Sturgis and Spearfish, as well as Douglas, as part of their Black Hills Conference slate and of course see their other BHC rivals, St. Thomas More, Custer and Belle Fourche included, which are all returning notable players.

“Our schedule is as strong as it’s ever been. It’s good for us because we’ve slowly transitioned completely out of our (Class) B schedule from five years ago to a completely A/AA schedule, and that’s been a big transition,” Joe Kieffer said. “Every year we get a little bit better, and we have to. We get tougher.”

Rapid City Christian opens up against Douglas on Dec. 10 in Box Elder.

Earth's inner core may have stopped turning and could go into reverse, study suggests

Scientists are weighing in on what it might mean.

State Sen. Julie Frye-Mueller, R-Rapid City, has been stripped of her voting rights in the Senate and a select committee has been formed to in…

Fireball Cinnamon has been sued over “purposefully misleading packaging,” according to reports.

A South Dakota Republican state senator who was stripped of her committee assignments says that her legislative punishment followed comments she made to a legislative aide about vaccinations. Sen. Julie Frye-Mueller, a Republican, told reporters that she had spoken to a member of the Legislature’s research staff this week about her views on vaccinations. Republican Sen. Lee Schoenbeck presides over the Senate and made the decision to remove Frye-Mueller from two committee assignments Wednesday. He has repeatedly declined to comment on the move.

Wyoming driver was on meth, had suspended license when he caused crash that killed 5, officials say

The man charged with killing five people in an I-80 crash was on meth and driving with a suspended license because of a previous DUI, authorities say.

A Rapid City senator was stripped of her Senate committee assignments on Wednesday. Leaders in the legislature were tight-lipped as to why.

A fixture at the Black Hills Stock Show and Rodeo, the Sutton family has lived and breathed the rodeo business for six generations, and they're keeping the tradition alive.

Absolu found guilty on all counts in triple-murder case

After two days of deliberation, the courtroom erupted in tears of relief Thursday afternoon as a Pennington County jury announced the verdict …

On most weekends, Tyre Nichols would head to the city park, train his camera on the sky and wait for the sun to set.

Trans women with violent past barred from Scottish female prison

Trans women with violent past barred from Scottish female prison 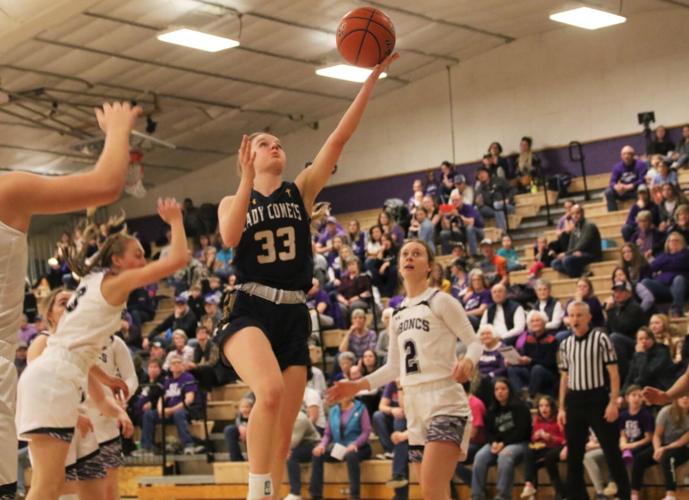 Rapid City Christian's Olivia Kieffer drives to the basket for a layup during the final round of the Region 8A Tournament against Belle Fourche on Feb. 26 in Belle Fourche. 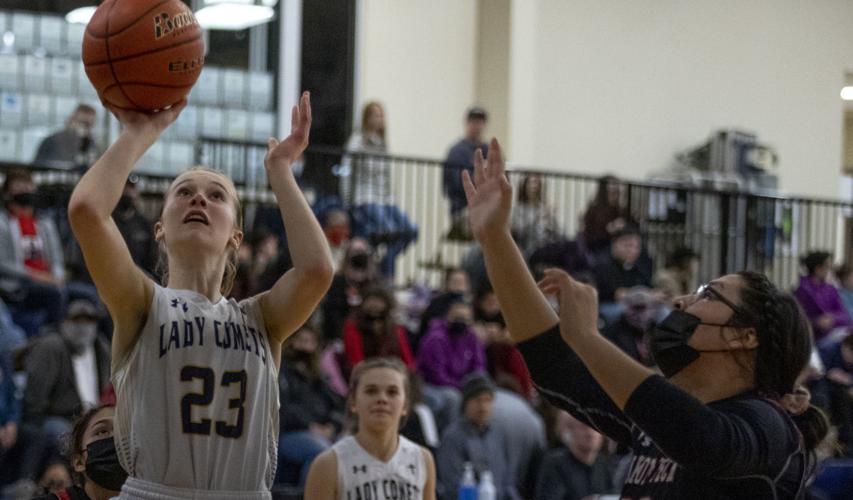 Rapid City Christian's Alexa Ham (23) makes a layup during a Feb. 13, 2021 game against Lakota Tech at Hart Ranch. Ham missed the 2021-22 season with an injury but is back with the Lady Comets this season.