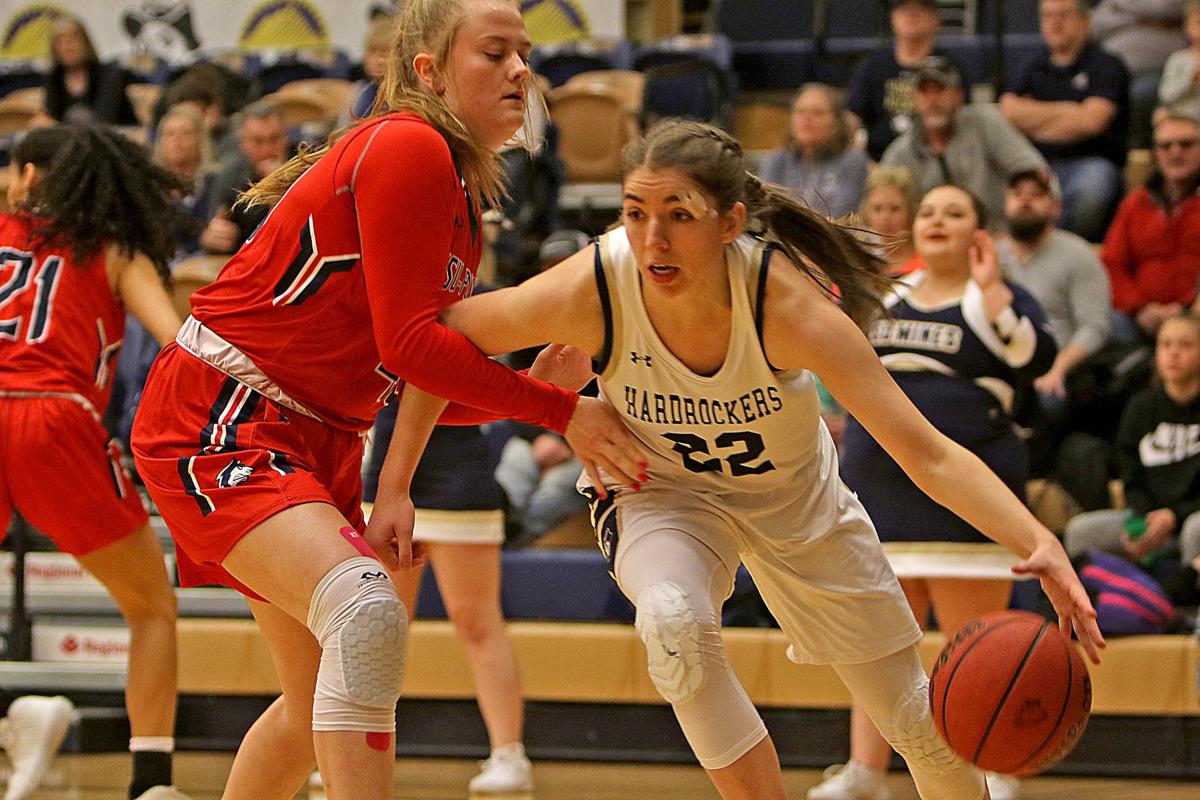 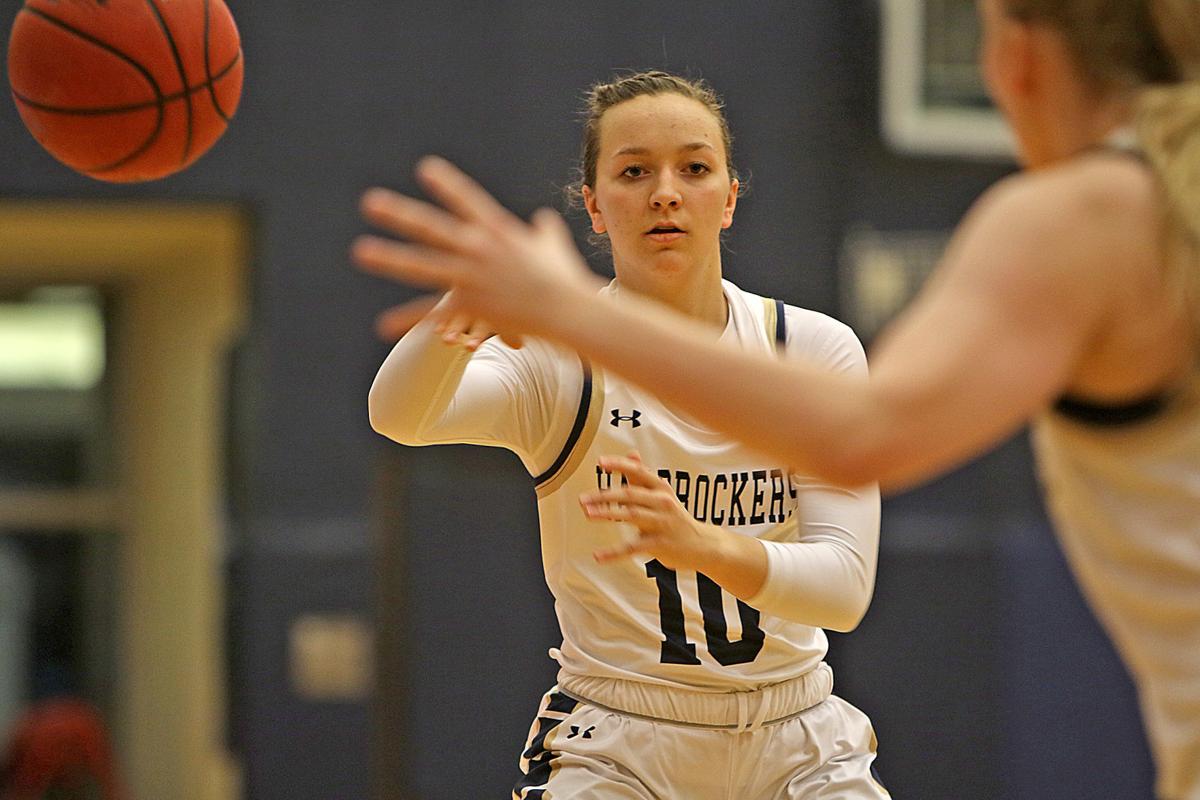 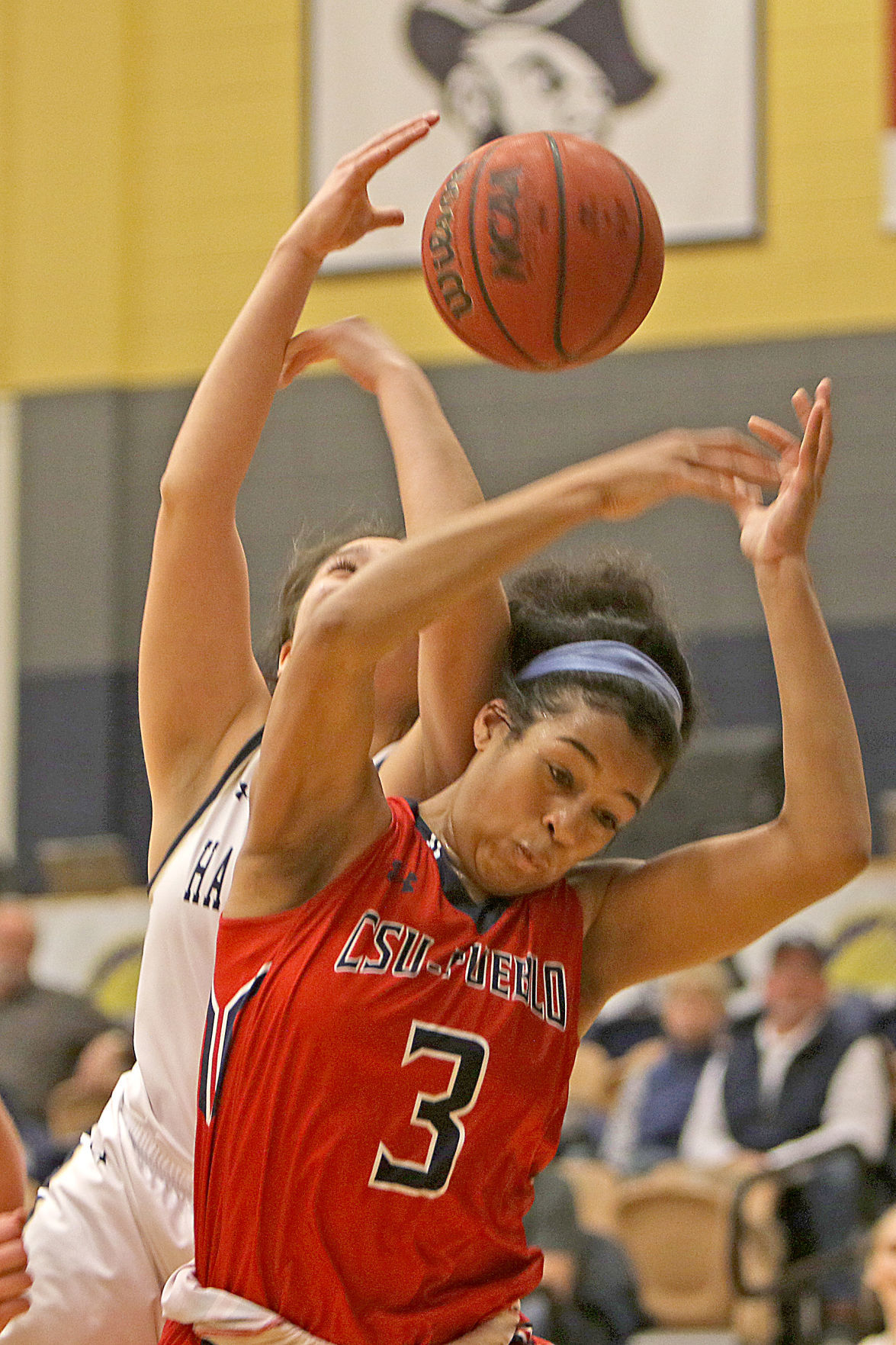 South Dakota Mines held off the upset bid of Colorado State-Pueblo and extended its winning streak to seven games with a hard-fought 61-58 win Saturday over the ThunderWolves at Goodell Gymnasium.

The Lady Hardrockers avoided a gotcha game by playing a smart, gritty game at both ends of the floor as they try and climb further into the top half the Rocky Mountain Athletic Conference women’s basketball standings.

“That was a huge team win. Everyone was contributing at the end of the game. Everyone was giving their all,” said Mines senior Anna Haugen, who led all scorers with 20 points. “Like coach said in the locker room, we had a lot of heart, we just kept fighting and we were not going to let that game slip through our fingers.”

“We’ve been in this situation so many times we’re figuring out how to get wins in close games,” said Lady Hardrocker coach Jeri Jacobson, whose team has won eight of its last 10. “We’ve been in so many, we just buckle down and they believe in each other.”

There were plenty of tense moments throughout the game, but particularly in the final minutes.

The Lady Hardrockers fell behind CSU-Pueblo late in the second quarter and trailed well into the fourth frame. With the ThunderWolves saddled with foul troubles along the front line, Mines went to work in the paint.

Haugen scored eight straight points over a four-minute stretch to push the ‘Rockers up 59-55 with 2:38 to play in the game. But Pueblo’s Olivia Klaman answered back by sinking her third 3-pointer of the game to pull the Wolves within 59-58 with 2:19 to play.

From there, the teams fought and scrapped for the ball on every possession, but neither team could get the ball to fall through the basket.

CSU-Pueblo looked to its leading scorer, JaNaiya Davis, in the late going, though she’d been held to 10 points and 2 of 10 shooting from the floor at the time.

Davis got a good look at a short baseline jumper that rattled out. Then, after the ball went out of bounds off Mines’ Molly McCabe, Davis drove the lane and put up a running jump shot from just inside the free throw line but again missed.

Wolves forward Sydni Williams collected the offensive rebound off Davis’ miss and went up for what was essentially a lay-in basket. But McCabe blocked Williams’ shot and the ball ended up in Ryan Weiss’ hands.

After being fouled, Weiss sank both free throws to put Mines up by three points with 6.9 seconds on the game clock.

Pueblo got one last look, but Klaman’s 3-pointer to tie hit the backboard and caught rim but was too far right of the basket to go through.

“We were all a little nervous, but we kept our composure really well,” Haugen said of the last couple minutes of play.

“We made their shots as tough as possible in the last 50 seconds, getting as good a contest on every shot,” Jacobson said. “We gave up a couple rebounds, but we contested and rebounded after that. Those were just gutsy.”

Composure helped Mines shake off a hounding Pueblo defense that held Mines to 8 of 28 shooting in the second and third quarters, a 28.6% shooting rate.

“Pueblo really amped up their defense,” Jacobson said. “They started to take stuff away, and they got really physical with us.”

The Wolves were in foul trouble up front — Williams, Khiya Adams and Kansas Watts each had four fouls with 5-1/2 minutes to play — so the Rockers started to go inside to Melissa Johnstone, Haugen and McCabe.

“It’s nice having that scoreboard that shows how many fouls they have,” said Haugen, who finished with four of her 10 rebounds on the offensive end. “We knew they were shot blockers and that’s what they’d go for. So throwing up those shots, getting them to foul and they were getting more tentative.”

Haugen’s reverse layup with Adams trailing as Haugen drove baseline put Mines up 59-55, which proved to be the game-winning points.

“I’m very proud of their heart, their effort and their determination right now,” said Jacobson, who got 14 points from Weiss and 11 from McCabe.