As Election Day approaches, the Journal has interviewed candidates for office in the Rapid City region. The Journal selected races in which there are competitive candidates.

Election Day is Tuesday. Polls will be open from 7 a.m. to 7 p.m. Additionally, in-person absentee voting is available at county auditor offices.

District 27 is made up of Oglala County and portions of Pennington, Bennett, Haakon and Jackson Counties. The senator is Democrat Red Dawn Foster of Pine Ridge. Foster is being challenged by Republican David Jones of Martin.

Foster was born on the Pine Ridge Reservation and is a member of the Navajo and Oglala Lakota Nations, according to the Democratic Legislative Campaign Committee. She was elected to the Senate seat for District 27 in the 2018 election and assumed the office in January 2019.

Foster is a member of the Senate Commerce and Energy Committee, the Senate Health and Human Services Committee, and the Senate Local Government Committee. She is the assistant minority leader in the Senate.

During her time in office, she has been the primary sponsor of 12 bills, eight of which that were ultimately enrolled. House Bill 1195 directed the Indian Education Advisory Council to make an annual report to the governor and the State-Tribal Relations Committee. House Bill 1281 clarified the contents of the general appropriations act for fiscal year 2023, pertaining to certain federal moneys and to declare an emergency.

House Concurrent Resolution 6001 opined that the star quilt should be recognized as the official quilt of the state. Senate Bill 161 made an appropriation for matching funds to enhance research in manufacturing processes having lunar application and planetary use in tribal housing development and to declare an emergency.

Senate Commemoration 825 honored Stevi Fallis for earning her 1,000th point and the Red Cloud High School girls basketball team for their exceptional athleticism throughout the 2021-2022 basketball season. Senate Commemoration 824 honored and commended the Lakota Nation Invitational for its 45 years of success and its unique ability to showcase Native youth and their exceptional talents.

"(Foster) has been a champion in and outside the legislature for improved education standards, environmental stewardship, and justice for murdered and missing Indigenous people," the DLCC states. "Red Dawn brings tested leadership and passion for her community to the fight for better public education and expanded health care access."

Jones said he is a lifelong resident of District 27. He graduated from Bennett County High School and attended two years of college at South Dakota State University. He has owned and operated a business for 46 years in Martin. He said his wife of 47 years is an Registered Nurse and is semi retired from Indian Health Services.

Jones said he's served on the Bennett County Fair Board, the Martin Chamber of Commerce, the Board of Directors of Security First Bank and was the past president of South Dakota Lumbermen’s Association.

He is the current chairman of the board of Bennett County Hospital, elder of Lindsey Memorial Presbyterian Church, president and charter member of Great Plains Chapter of Pheasants Forever.

"I decided to run for the Senate in Dist. 27 as I feel that it was time for me to step up and work for all of the residents in my district," he said." I sold my business and now I would have the time and experience to represent the voters in the state legislature." 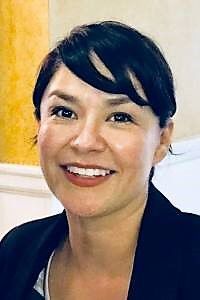 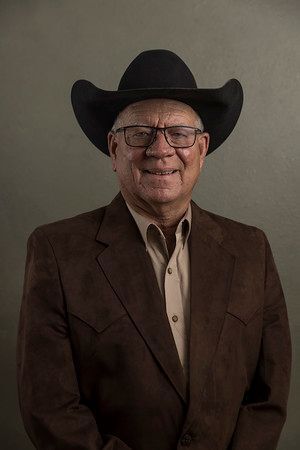