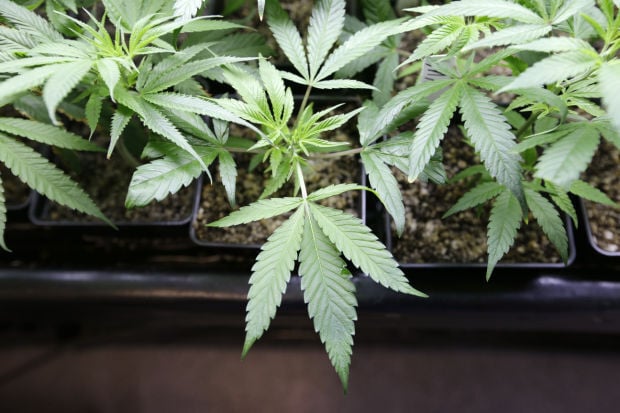 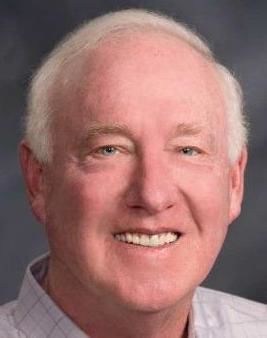 State lawmakers and officials are starting to take steps toward building a framework to legalize medical and recreational marijuana.

A major piece of legislation was filed Feb. 3 to address who can grow and sell recreational marijuana in South Dakota. House Bill 1225, titled “An Act to establish provisions concerning the sale of adult-use retail marijuana,” is 22 pages long and contains 72 sections.

The state also has hired a national consulting to create a set of “best practices” to guide them. Gov. Kristi Noem has created a medical marijuana work group to begin addressing how to provide for legalization of medicinal marijuana and has ordered several state agencies to begin exploring how to manage legal pot.

Additionally, a bipartisan group of lawmakers calling itself the Cannabis Caucus has now had two meetings where experts have testified about legal marijuana and how to manage it.

That group has learned how other states have implemented legalization. It has obtained new estimates that the state could see $350 million in annual recreational pot sales, learned about what kind of infrastructure may be needed and even heard how the state could benefit from a marijuana tourism industry.

Some lawmakers said at recent public Cracker Barrel meetings that they are taking a “wait and see” approach on how to manage recreational marijuana, in part because a legal challenge has been filed that could make the constitutional amendment null and void.

Noem said on Feb. 2 that she is a driving force behind the court challenge filed by two law enforcement officials who seek to throw out the recreational-marijuana amendment on the basis of an argument that the ballot language was too broad and therefore unconstitutional.

But Noem recently said that as the courts consider the challenge, she has ordered state agencies to begin creating a framework for the legal production, sale and use of marijuana.

“I was pretty bold in saying this legislation is flawed, [but] now that it’s passed, I’m looking through it and implementing it as governor, which is what we’re doing today,” Noem said. “Our Department of Health, our Department of Public Safety and our Department of Revenue are all stepping up operations to implement these ballot measures.”

Ian Fury, spokesman for Noem, said a wide range of state agencies is engaged in discussions about how to move forward on implementing legalization of medical and recreational marijuana.

“This is a very complicated topic, and the more we dig into it, the more unknowns we uncover,” Fury wrote to News Watch in an email. “Nearly every executive branch agency has been involved to varying degrees.”

On Jan. 19, the state signed a contract to pay about $50,000 for roughly 300 hours of work by two employees of Cannabis Public Policy Consulting of Sudbury, Mass.

The contract specifies the firm will provide “an assessment of how to tailor regulatory and statutory best practices from other states to fit South Dakota’s population and legislative landscape.”

The firm is led by Andrew Freedman, who spent three years as Colorado’s first director of cannabis coordination and is now a nationally known consultant. Freedman did not return an email from News Watch seeking comment. Colorado was the first state to legalize recreational marijuana in 2014; the state legalized medical marijuana two years prior.

House Bill 1225 was filed on Feb. 3 by Rep. Mike Derby, R-Rapid City, who has taken the lead in the Legislature on marijuana-legalization issues and was a founder of the Cannabis Caucus.

Beyond creating a detailed regulatory framework, Derby said the legislation that took him more than two months to develop has four main goals:

• Generating as much tax revenue as possible from marijuana sales;

• Eliminating as much as possible the existing black market for marijuana sales;

• Requiring that those involved in the industry be residents of South Dakota or have majority interests based in the state.

Derby, who runs the Canyon Lake Resort & Reunion Lodge in Rapid City, said he has taken the approach that when voters approved legalization, they expected the Legislature to prepare for it.

Derby said experts who have appeared before the Cannabis Caucus have estimated that a fully mature recreational-marijuana market in South Dakota would generate about $352 million in annual sales.

That level of sales would generate nearly $53 million in new excise taxes for the state, given the 15% excise-tax level included in the language of the constitutional amendment. The amendment states that half the revenues will go to the state’s general-fund budget and the other half to education.

Derby added that other experts appearing before the caucus predicted that, considering experiences in Colorado and other states with legal recreational marijuana, it would be more than a year and maybe up to two years after the legalization vote before dispensaries would open to sell marijuana legally to state residents. House Bill 1225 states that if the courts overturn the constitutional amendment on recreational marijuana, the bill would immediately be repealed.

Other experts told the caucus that about 240,000 square feet of warehouse space would be needed statewide to grow marijuana early on in the development of a marketplace. Only marijuana grown and processed in South Dakota can legally be sold in the state once legalization takes place.

The most recent meeting of the Cannabis Caucus was scheduled to address three topics, Derby said: a recap of the roughly 10 marijuana-related bills filed so far; how banks might manage lending, financing and handling of money from marijuana businesses; and how Native American tribes might benefit from legalization.

Derby said that there are two options on the table when July 1 arrives. A judge considering the constitutionality of the recreational-marijuana amendment could impose a stay or order that legalization be delayed during deliberations. It is also possible that possession of recreational marijuana could become legal even as the court challenge proceeds. Any lower court ruling is expected to be challenged at the state Supreme Court level, and is unlikely the high court would rule before July 1.

Derby and other experts noted that South Dakota faces a significant challenge in setting up systems for legal marijuana because the state is the first in the nation to pass both medical and recreational marijuana during the same election and is the first to be required to implement both types of legal systems at the same time.

“This is not an easy road ahead of us,” Derby said.