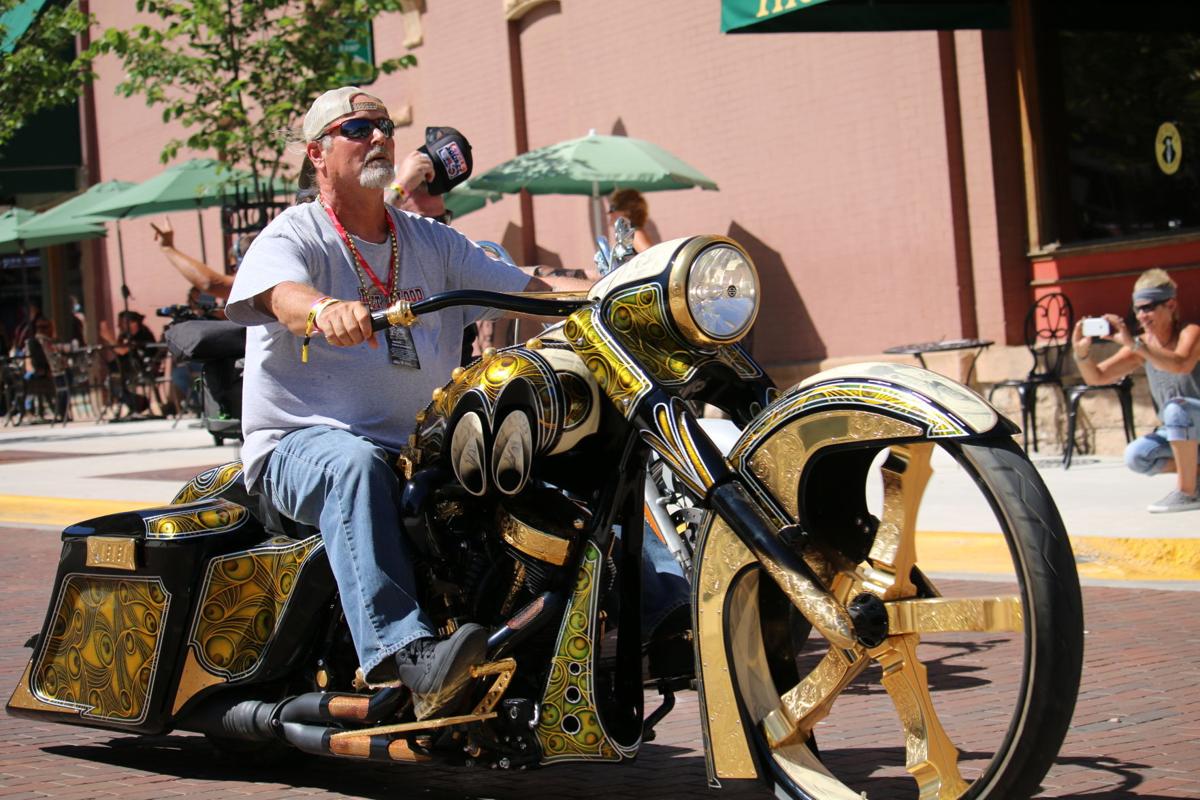 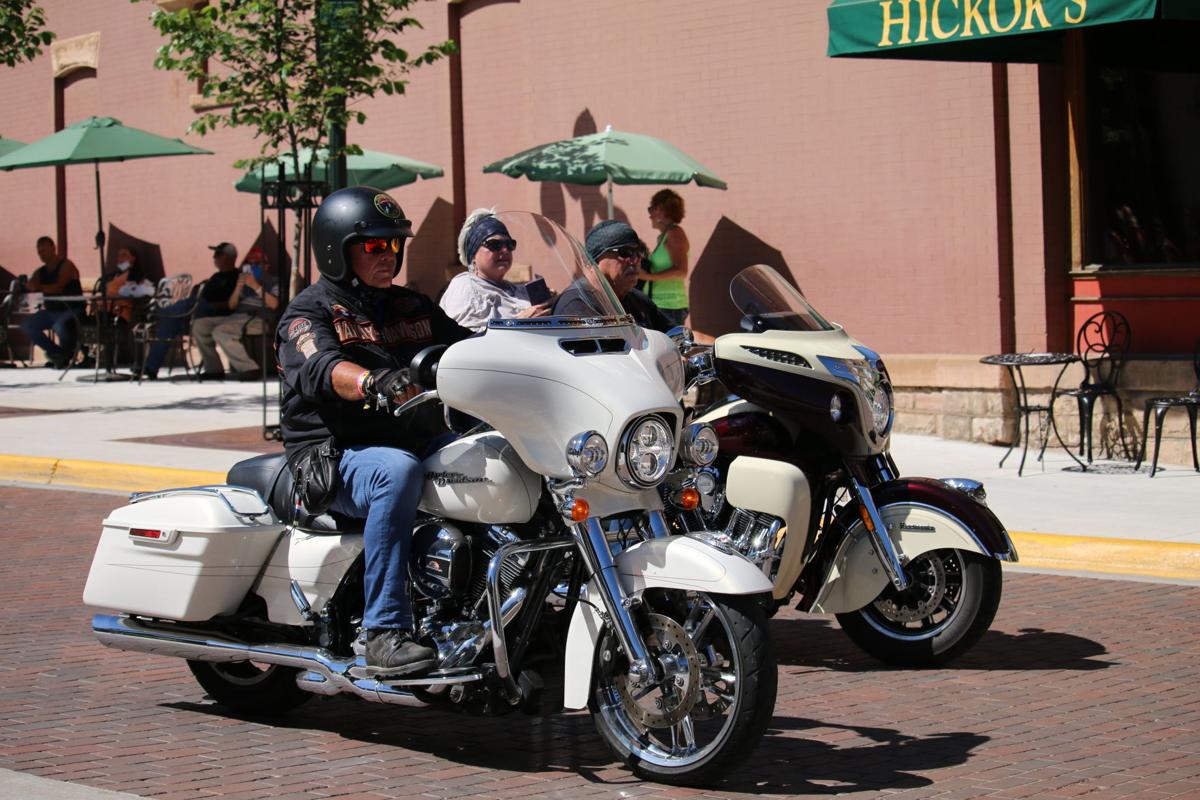 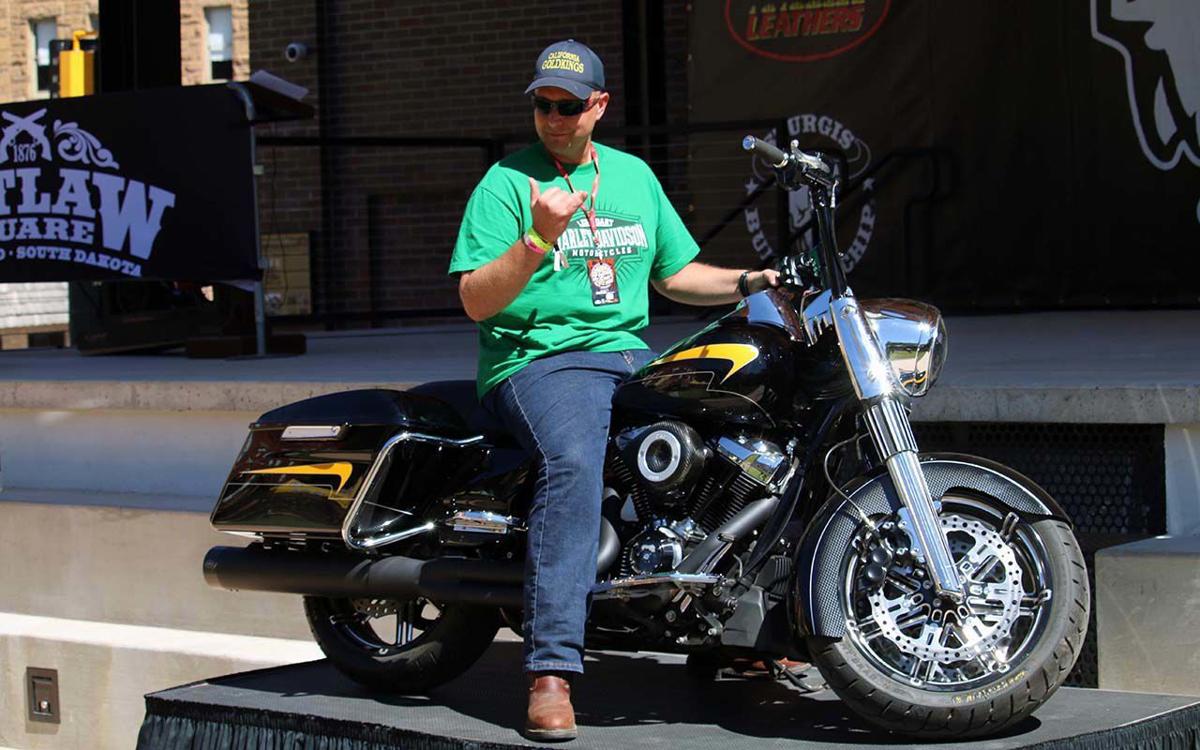 Bryan Harley Special to the Journal

The 13th annual Sturgis Buffalo Chip Legends Ride helped christen Deadwood’s Outlaw Square as the bright green turf was decked out with a cornucopia of custom motorcycles. The festive atmosphere was fueled by actor Tom Berenger, a long-time supporter of the Legends Ride, and an all-star cast of custom builders like Cory Ness, Pat Patterson, and Kyle Shorey. A trio of the most respected artists in the motorcycle industry also showed up to support the cause. David Uhl and Darren McKeag both had pieces up for bid in the Legends Ride auction, while Deadwood native Scott Jacobs rounded out the star-studded cast. Add the effervescent energy of 2020 Buffalo Chip Poster Model Mai Richards and the women of the International Bikini Team to the mix and the Legends Ride once again demonstrated why year in and year out it’s the premier Sturgis benefit ride.

More than $30,000 was raised this year for the Special Olympics South Dakota – Rapid City Flame and the Sturgis Motorcycle Museum & Hall of Fame. Sturgis Motorcycle Museum Executive Director Emma Garvin said in a pre-ride press conference that were it not for the Buffalo Chip Legends Ride generosity the museum might not be here today. Jack Lynass, head of Black Hills Special Olympics, also thanked The Chip, noting that when the two first started talking 13 years ago, they had 17 athletes. Today, they have 175. To date, the Sturgis Buffalo Chip has raised over $1,000,000 for charities through all its various charitable endeavors.

Before riders were led out of Deadwood on a 50-mile ride through the Black Hills to the Buffalo Chip by ride captain Berenger and Buffalo Chip owner Rod Woodruff, a tantalizing array of auction items got the fundraising off to a spirited start. The 2020 Official Legends Ride painting by Uhl, a 30”x30” numbered and signed canvas, sold for $2,800. A commemorative Buffalo Chip Whiskey barrel, signed and dated, along with the first bottle of new Buffalo Chip Whiskey, auctioned for $1,300. A special carbon fiber Strider push bike went for $600, while an autographed Epiphone guitar sold for $2,300.

The big-ticket item, though, was the 2019 Harley-Davidson Road King customized by J&P Cycles. Loaded with premium parts from top companies like Arlen Ness Enterprises, S&S Cycles, and BDL, the brawny Road King is like no other out there. The bidding started lively before stalling around the $20,000 plateau, so the Buffalo Chip sweetened the deal even further by throwing in two VIP concert passes for every concert for every year they own the motorcycle. This inspired a few more bids to be thrown out before Mike Lovelace of Poulsbo, Washington, placed the winning $24,000 offer. It was Lovelace’s first Legends Ride who said his wife, who didn’t get a chance to come to the rally, was just as happy as he was when he called and told her the news.

Upon arriving at the Buffalo Chip Gardens, Legends Ride guests were treated to a tasty meal and cold beverages before a second round of auction items were rolled out. A Guess Who autographed album and drumhead went for $450. One of the highlights of the night soon followed though as one bidder bought a leather Harley-Davidson motorcycle jacket, then gave it to Special Olympian Ruben, who was psyched to get the jacket. Ruben is a talented athlete with a big personality who always wins over the Legends Ride crowd with his enthusiasm, so it was a treat to see how excited he was wearing his new Harley jacket. I have a sneaky suspicion we’ll be seeing that jacket at next year’s Legends Ride!

The last item up for bid was Darren McKeag’s bold Sturgis 80th Anniversary painting. The painting is full of iconic Sturgis imagery, from Mount Rushmore to the Buffalo Chip sign to old school choppers and the freedom of the open road. Andrew Dieterich out of Iowa was the last man standing after an entertaining bidding war, his $3,400 bid Dieterich told McKeag he already owned original paintings by artists David Mann, Uhl, and Jacobs, and was excited to add McKeag’s work to his collection.

Legends Ride participants also had the luxury of checking out the world-class collection of motorcycles, artwork, and photographs in the Buffalo Chip’s Motorcycles as Art exhibit, while others upgraded their tickets and hung around for headlining musical acts, Mississippi rockers Saving Abel and longtime fan favorite Night Ranger.