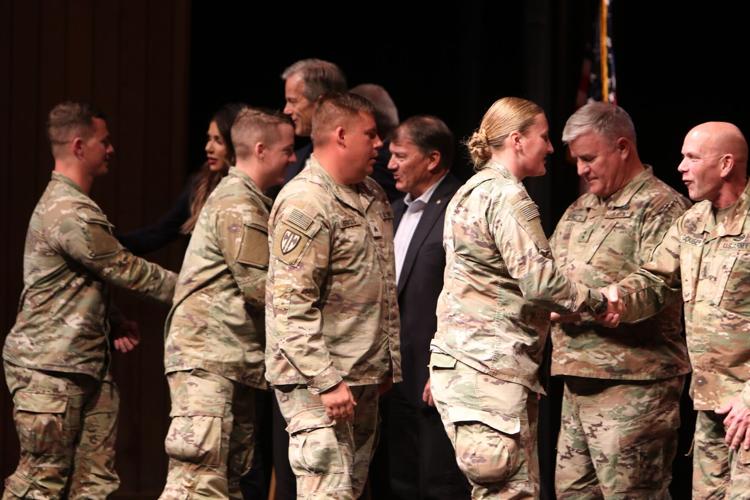 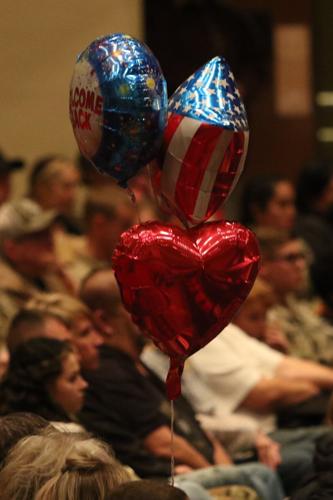 Patriotic balloons were placed in The Monument's Fine Arts Theater auditorium on Sunday to help welcome the 235th Military Police Company back home to Rapid City.

The soldiers returned home following a 10-month deployment to Guantanamo Bay, Cuba where they provided detention operations support at the U.S. Joint Task Force facility there.

Moran said he was mindful his soldiers missed several events back at home during their deployment.

"They've missed the birth of children. You missed birthdays, graduations, sporting events, anniversaries and so many more things that happen to our soldiers and family members, to include the deaths of loved ones," he said. "It always happens on deployments, but for some reason, we never think it's going to happen to us until it actually does.

"Time is a great asset in our short lives and all of us soldiers sacrifice and the families sacrifice 10 months that we'll never get back to do a difficult job... I know our country is thankful as well."

Moran said the 10 months at Gitmo were tough for his company. He said they were yelled at daily by detainees at the secure facility and despite the challenges of the operations there, Moran said the South Dakota military police rose above.

"To the 235th soldiers, thank you for your dedication, your flexibility, resiliency, professionalism and great attitudes," Moran said. "There's so many times I remember this deployment when you all approached a difficult situation with a flexible, adaptable and good attitude mindset."

Moran said a command sergeant at Joint Task Force Guantanamo told him the South Dakota Military Police Company was "one of the best he's seen in 24 rotational units down in Guantanamo Bay."

Noem, who is also the commander-in-chief of the South Dakota Army National Guard, echoed those sentiments.

The governor said it is time for the soldiers to be back at home and be with their families and loved ones. She said it might be a tough transition to get back to civilian life.

"I just want you to know that there's going to be times where you're going to feel like this shouldn't be hard, but it just might be and that's okay. That's normal," Noem said.

She asked the soldiers to rest and enjoy being home. Noem said the adjustment may not go on their time schedule and to discuss everything with family.

"You've been gone a long time and we're so proud of you and thank you for your service," she said.

During a final roll call of all the soldiers deployed, the troops walked across the stage, shook hands with all of dignitaries and received mementos from their senior leadership.

After returning to their seats, and standing to attention, the final order of "dismissed" was given. The soldiers of the 235th Military Police Company were free to go home to be with their families and to learn of all that has happened in their personal lives over the past 10 months.

A proposed transitional youth housing project in North Rapid City has stirred up concern about neighborhood safety, but the owners of the proj…

BULL HOLLOW, Okla. — Ryan Mackey quietly sang a sacred Cherokee verse as he pulled a handful of tobacco out of a zip-close bag. Reaching over … 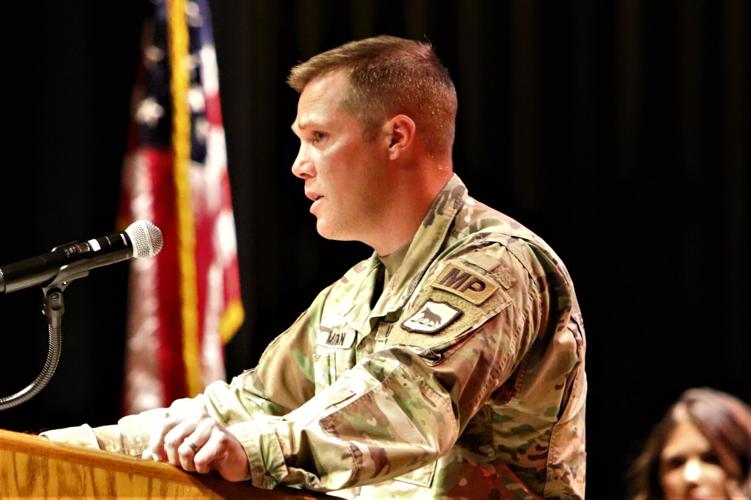 Patriotic balloons were placed in The Monument's Fine Arts Theater auditorium on Sunday to help welcome the 235th Military Police Company back home to Rapid City. 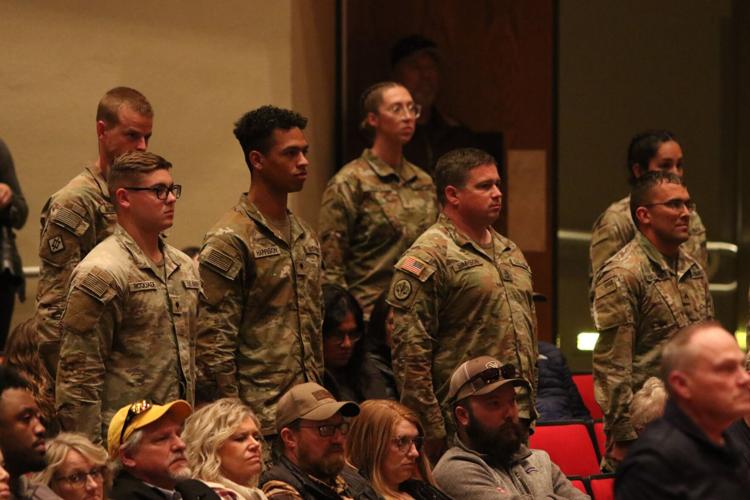