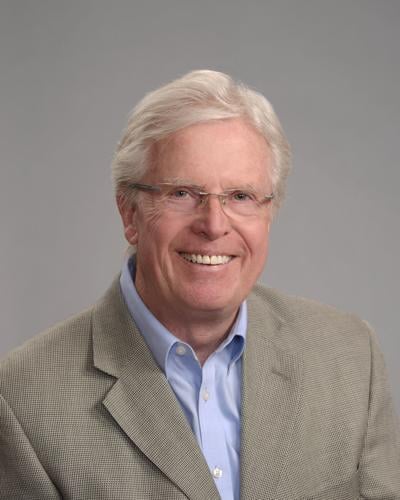 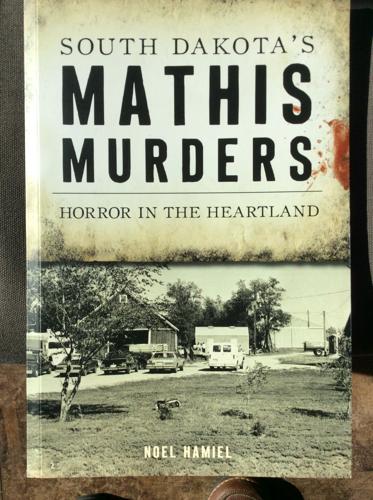 Forty years ago this week, John Mathis was acquitted in the shooting deaths of his wife, Ladonna, and the couple’s two preschool-aged sons. Rapid City author Noel Hamiel revisits the slayings, the trial and the victims in his new true crime book, “South Dakota’s Mathis Murders: Horror in the Heartland.”

Hamiel is a retired journalist and former state legislator who was inducted into the South Dakota Newspaper Hall of Fame in 2012. Hamiel was living and working in Kansas in September 1981 when news of the Mathis murders first attracted national attention.

On Sept. 8, an alleged masked intruder shot Ladonna Mathis, 30, Brian Mathis, 4, and Patrick Mathis, 2, while they were asleep in bed. All were killed with a .22-caliber rifle that has never been found.

John and Ladonna’s infant son, Duane, was not harmed and John, then 30, sustained minor injuries. John called for an ambulance and said his family had been shot.

The shootings took place on the Mathis family farm nine miles from Mount Vernon. The crime was so horrendous, Hamiel said, that he remembers the Associated Press and television news reporting on the Mathis murders and the trial in April and May 1982. On May 12, a jury found John Mathis not guilty of the murders.

During his journalism career, Hamiel liked covering the court and police beats because he found the crimes and the human element intriguing. He’s also a longtime fan of fictional mysteries. The riveting Mathis murders lingered “in the recesses of his brain,” Hamiel said, until he finally decided to write a book that examined the crime and the people involved.

“First was the mystery aspect of it. No one was ever punished for the crime. The husband was acquitted. No other suspects were ever arrested, much less tried,” Hamiel said. “It is an unsolved mystery. ... That was one of the compelling reasons it deserved to have a little more thorough coverage.

“The sheer diabolical nature of the crime – it has just always struck me as there’s been a lot of high-profile murders in this state … but we don’t often have cases where children are involved, so that makes it unusual.”

The Mathis murders case technically remains open, though inactive. As far as Hamiel knows, John Mathis is retired and living in Mitchell. He declined Hamiel’s request for an interview for the book. Duane Mathis lives with his girlfriend and three children on the Mathis property, and Duane insists his father didn’t commit the murders.

Hamiel interviewed some of Ladonna Mathis’ relatives. They described Ladonna as a multi-talented woman who was devoted to her family and her church, and they remembered Brian and Patrick as “happy little guys.” Ladonna’s younger sister, Marilyn, was especially helpful in providing information and photos, Hamiel said, although he doesn’t know whether any of Ladonna’s family has read his book.

“The more I got into it, the more I thought this family should be remembered – this lady and these two kids. Their lives were ended. They didn’t have a chance. That was a motivating factor. I wanted them to be remembered,” Hamiel said.

For years afterward, Ladonna’s family offered a $10,000 reward for information that could lead to the arrest and conviction of the person or people who murdered Ladonna, Brian and Patrick. The reward was never claimed.

“(Ladonna’s family) still suffers to this day. It’s painful for them,” Hamiel said. “When Ladonna’s parents were alive, her mother said, ‘I could never believe that … nobody was ever brought to justice for this,’ and rightfully so. This is something you’re going to carry with you."

“South Dakota’s Mathis Murders: Horror in the Heartland” documents the family, the murders and the trial through interviews Hamiel conducted in 2020 and 2021, courtroom sketches, photos, law enforcement correspondence and more.

“They did follow every lead. They turned loose the investigative powers” available at the time, Hamiel said, but ultimately the state was unable to convince jurors that John Mathis committed the crimes. Hamiel interviewed Mark Meierhenry, former attorney general of South Dakota, who said he believed the jury couldn’t come to grips with the idea of a father killing his children.

“One thing that does stand out is this is how the jury system works. You accuse somebody of a crime and the defense’s job is to succeed in planting reasonable doubt, and the defense did that,” Hamiel said. “We have a justice system that (has the) the foundational principle that you have to prove somebody’s guilt beyond a reasonable doubt."

“South Dakota’s Mathis Murders: Horror in the Heartland” is being sold locally at Mitzi’s Books in Rapid City and online from sites including arcadiapublishing.com, target.com, barnesandnoble.com and Amazon.

There’s blue and gold on the Ellsworth flight line.