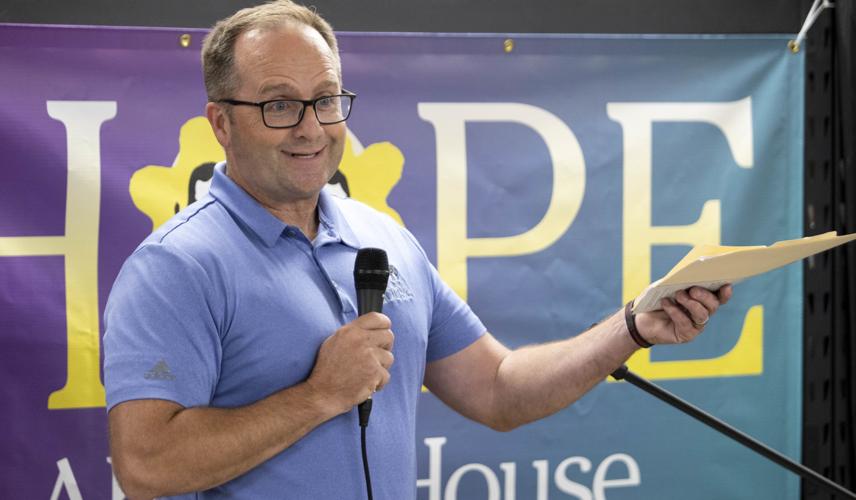 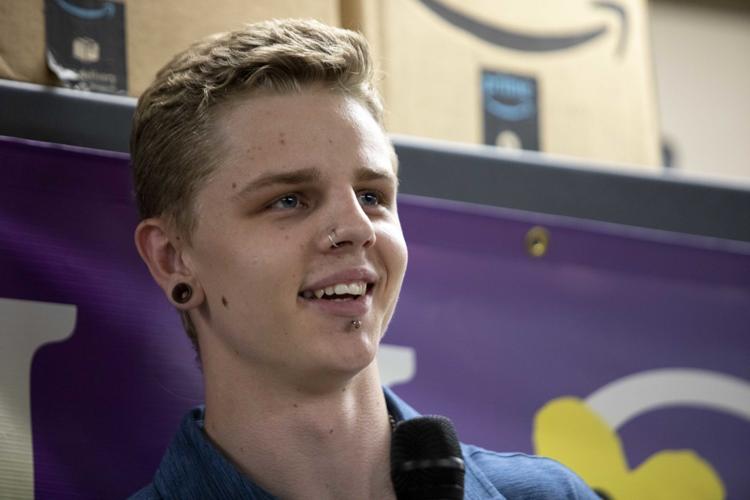 Sidney, an independent living participant with Abbott House, speaks at the ceremony. 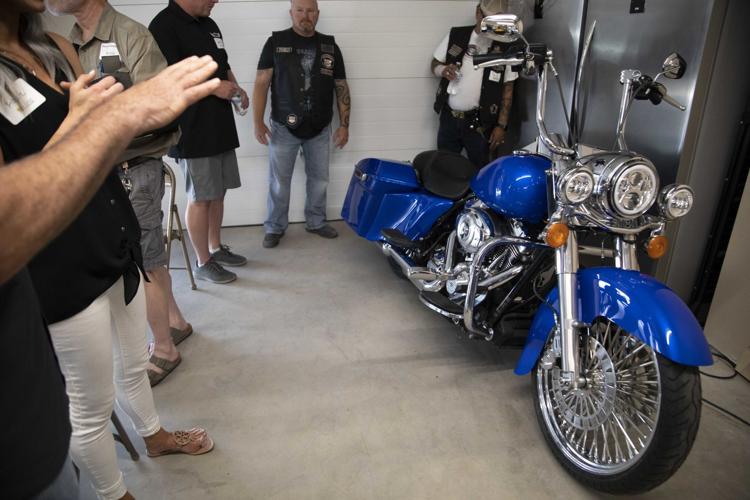 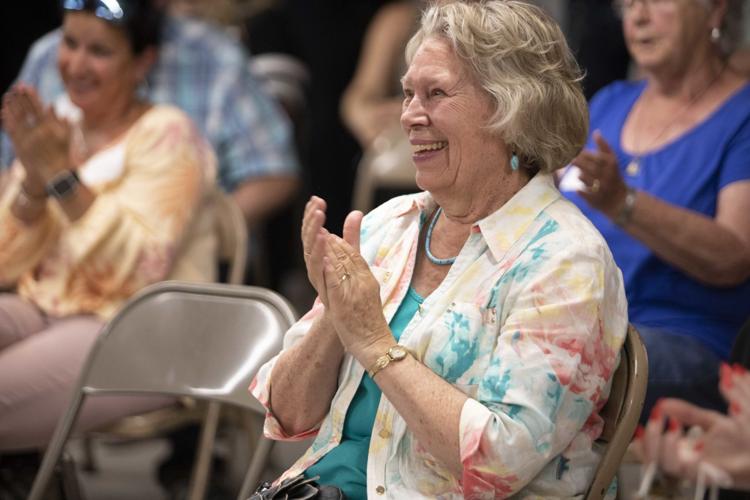 Abbott House board member Jacque Sly applauds at the event. 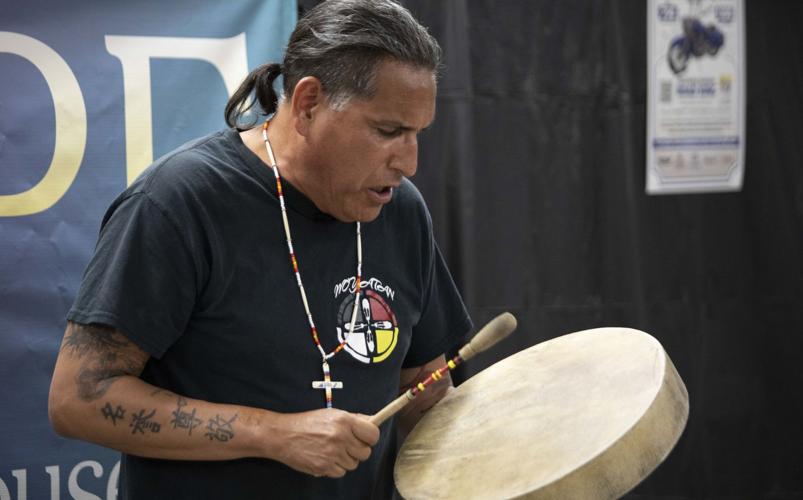 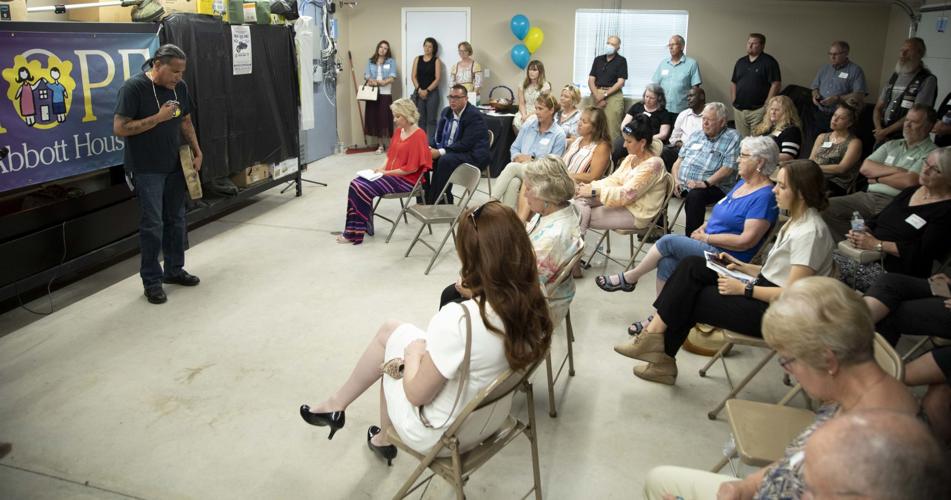 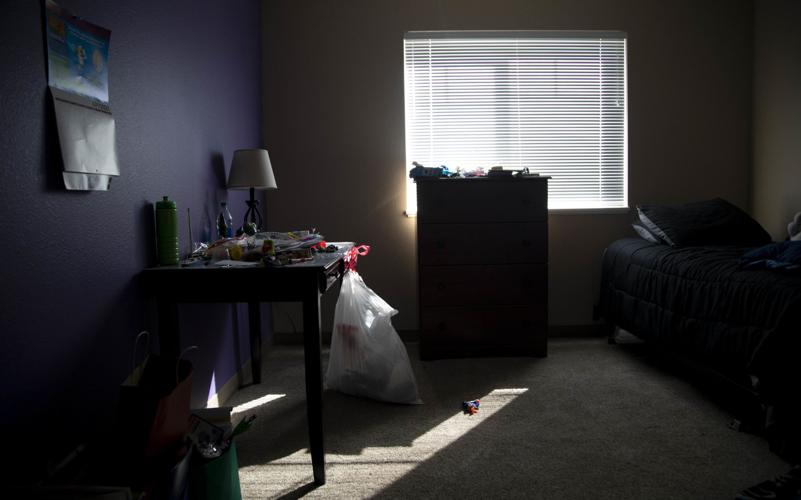 A child's bedroom at the Bridges by Abbott House Vyas West Therapeutic Foster Home on Tuesday in Rapid City. 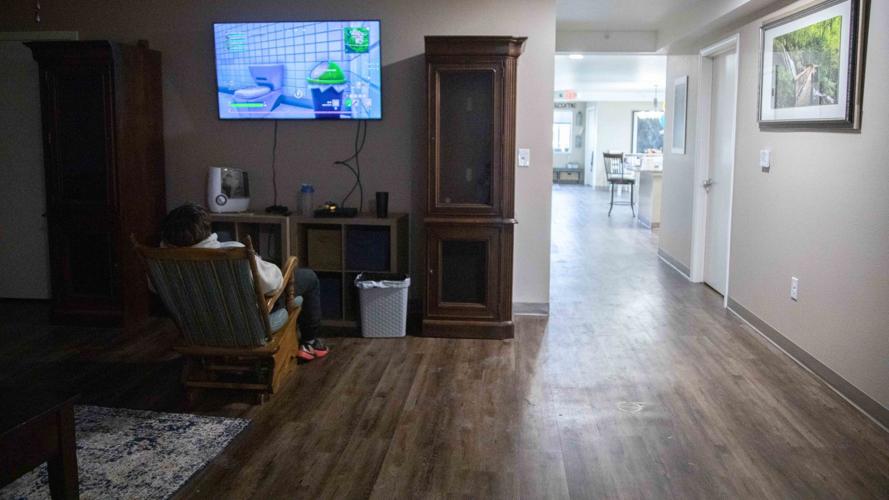 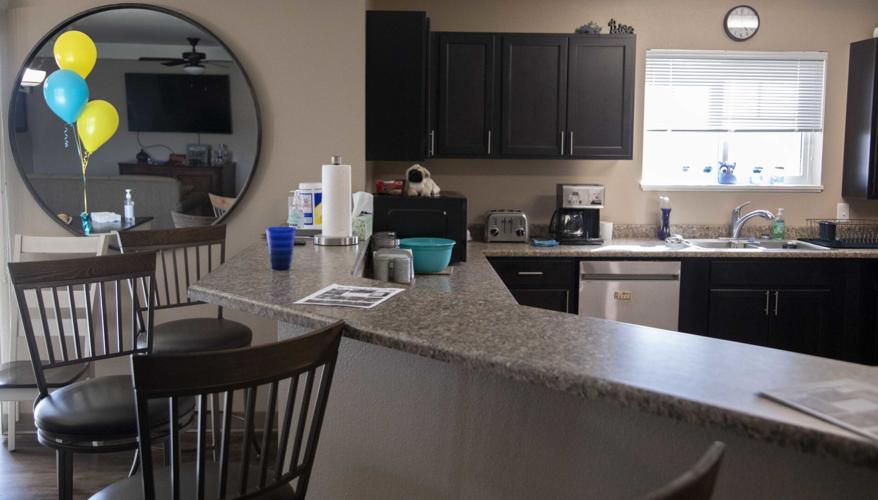 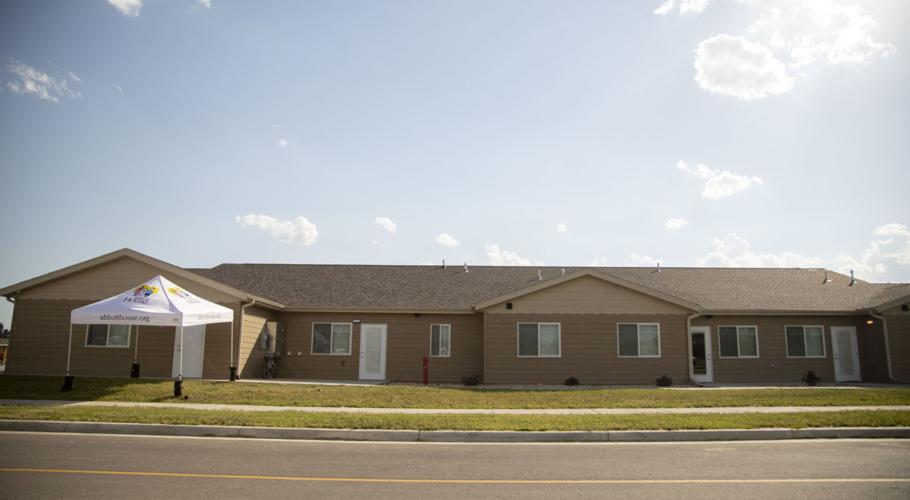 The home is part of the Bridges Therapeutic Program, which provides residential housing for foster children from the Abbott House, a private charity that provides housing and treatment for South Dakota foster kids between the ages of 7 and 23.

The Vyas West Home houses six boys from ages 7 to 17 along with foster parents who care for them. The home also encompasses four apartments as part of the Bridges Independent Living Program, which serves 18- to 23-year-olds as they transition out of foster care and into adulthood.

“The Bridges Program is really about the relationships that these kids will build with adults in their lives that they will remember forever,” said Eric Klooz, Abbott House executive director. “This has really been a dream come true for us.”

The Abbott House partnered with Scull Construction to build the facility and with many other community organizations — including the Vucurevich Foundation and the Black Hills Area Community Foundation — to fund the project.

Community members can help the Abbott House through donations and volunteering.

Klooz said “Mentors are one of the best things we could have, just people that want to get involved for probably a longer period of time with the kids, check in with them, maybe help them get a job, maybe take them to supper, you know all those types of things, just to be there."

Inspire, a 2013 Harley Davidson Road King, was unveiled at the ceremony. Twenty-four youth from Bridges Foster Homes helped redesign the bike in partnership with Blackout Industries and Black Hills Harley Davidson. This is part of the Build Abbott program, which encourages foster children to rebuild bikes as they change their lives.

“We’ve built a lot of motorcycles in our time, but I don’t think we’ve ever been as emotionally attached to a bike as we have been to these two wheels,” said Blackout Industries co-owner Katie Washnok. “It’s been the privilege of a lifetime to get to work with these kids and to build this bike.”

The bike will be sold by raffle and tickets are still available.

BROOKINGS - Richard Carl "Rick" Wahlstrom, 99, of Brookings, passed away quietly on Monday, January 23, 2023 with his family by his side.

Is our economy doing better or worse? See recent changes in local employment, regional inflation and more in these regularly updated charts and maps.

Deloris (Dee) V. (Ellerman) Haedt Holmgren peacefully and without fanfare moved on to the next phase of life on Tuesday afternoon, January 24, 2023.

NEW UNDERWOOD -- Lloyd "JR" Marti was born November 30, 1955 to Verla and Cecil Marti and raised in Sturgis. He died unexpectedly on January 1…

RAPID CITY -- Larry A. Hoback of Rapid City, SD passed away with dementia on January 22, 2023 surrounded by his family.

Sidney, an independent living participant with Abbott House, speaks at the ceremony.

Abbott House board member Jacque Sly applauds at the event.

A child's bedroom at the Bridges by Abbott House Vyas West Therapeutic Foster Home on Tuesday in Rapid City.