When the owner of the Hemporium in Rapid City read the attorney general's recent proclamation about hemp and CBD oil, he felt "shock."

Jason Ravnsborg wrote that "hemp and CBD oils remain illegal in South Dakota" but at another point writes that just "industrial hemp illegal and all forms of CBD oil illegal."

The March 25 press release was "so detrimental to so many businesses," Leonard Vandermate of the Hemporium said.

He said customers have been calling him, including an older woman inquiring whether she would be in trouble for buying a purse made of hemp.

The release, titled "Attorney General Ravnsborg clarifies questions regarding industrial hemp and CBD (cannabidol) oil," "made more confusion than clarification," Vandermate said. He said while Ravnsborg shared his opinion, he didn't share enough of his legal analysis and which laws he is relying upon.

The press release says anyone with further questions should reach out to Ravnsborg's office, local law enforcement or the local prosecutor.

Following that, Vandermate called the Attorney General's Office and spoke with Bridget Mayer, the assistant attorney general, who told him what laws Ravnsborg based his decision upon and suggested he reach out to his local state's attorney's office with any more questions.

He then called Pennington County State's Attorney Mark Vargo on Monday for some clarification. Vargo said he was contacted by the business owner but told the Journal that he too is unclear on the legality of hemp-derived CBD oil.

"At this point, I have not been convinced that we can prosecute those cases," Vargo said in an email to the Journal. He's also not convinced the products are legal, he said in a followup phone call. "It's most fair to say that I have not made up my mind one way or the other."

Vargo said he can't make a decision on whether his office will prosecute until he has a better understanding of the law. He also said he's unaware of anyone being arrested for possession of hemp-derived CBD oil in Pennington County.

In Minnehaha County, however, a man was recently arrested by police and charged by prosecutors after being found with hemp CBD oil at the Sioux Falls airport, according to South Dakota Public Broadcasting. Aaron McGowan, state's attorney in Minnehaha County, did not return a request for comment.

Vargo said he learned about Ravnsborg's opinion the same time the public did through the press release and plans on meeting with the attorney general for further clarification.

Ravnsborg was not available for an interview Thursday or Friday with the Journal due to "the current weather conditions," spokesman Tim Bormann said in an email that day.

Instead, he spoke for the attorney general.

"Hemp, whether industrial or not, along with CBD oil, in any form, is illegal," Bormann wrote in the email.

While Senate Bill 22 made Epidiolex — a FDA-approved marijuana-derived CBD oil used to treat seizures and other medical conditions — legal when prescribed, he said it did not change the state's two legal definitions of marijuana.

"Hemp is a plant of the genus cannabis and as such falls squarely under both definitions," Bormann said. He said hemp-derived CBD oil is illegal since it's made from the plant's flowers.

Other relevant context is that the 2018 farm bill says no state or tribe can stop legally produced hemp from being transported through their jurisdictions. The farm bill also declared hemp a commodity like corn or soybeans.

"The laws of the State of South Dakota are clear that marijuana is illegal," Bormann said. "How each law enforcement agency decides to deal with the matter is an issue to be dealt with on an agency-by-agency basis."

But Vargo said the laws aren't so clear. He said state law has two different definitions of a marijuana that mention the genus cannabis but never mention THC, the part of marijuana that makes people feel high. The state also has scheduled drugs and while CBD oil used to be a schedule 4 drug, it now only lists Epidiolex.

"The question is if (hemp-derived CBD oil is) illegal under schedule 4 or under a definition of marijuana," Vargo said.

He said he needs to examine various laws and understand their historical context and how they relate to each other.

Even if his office decides not to prosecute CBD oil cases, Vargo said Ravnsborg's office is allowed to swoop in to Pennington County and charge someone. Ravnsborg said on a radio show that he's already been reminding nutrition stores that CBD oil is illegal, SDPB reported.

Vandermate, who pulled hemp-derived oils from the Hemporium's shelves last fall after law enforcement issued an ultimatum to stop selling the products, and Pat Cromwell of Rapid Valley, who attended the meeting with Vargo, said they're hoping Ravnsborg will more clearly explain what products are and aren't allowed in South Dakota.

"This needs to be resolved because so many people are using CBD products with good results and have found that this has been more effective for them than prescription drugs" for dealing with epilepsy, chronic pain, anxiety and other illnesses, Cromwell said.

While SD waffles, most other states move ahead with hemp

In a decision that contradicts the opinion of the state's attorney general, the top prosecutor in Pennington County said Tuesday he has no pla… 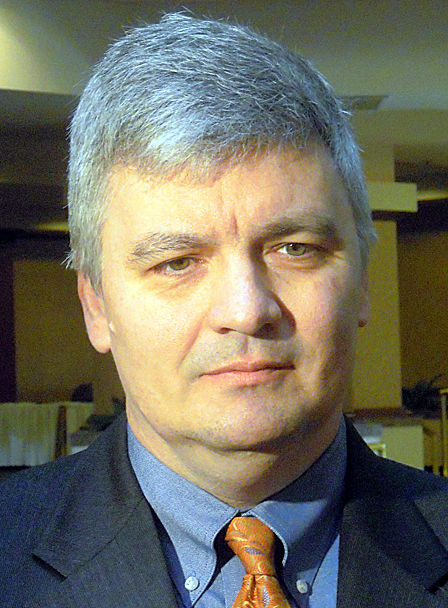