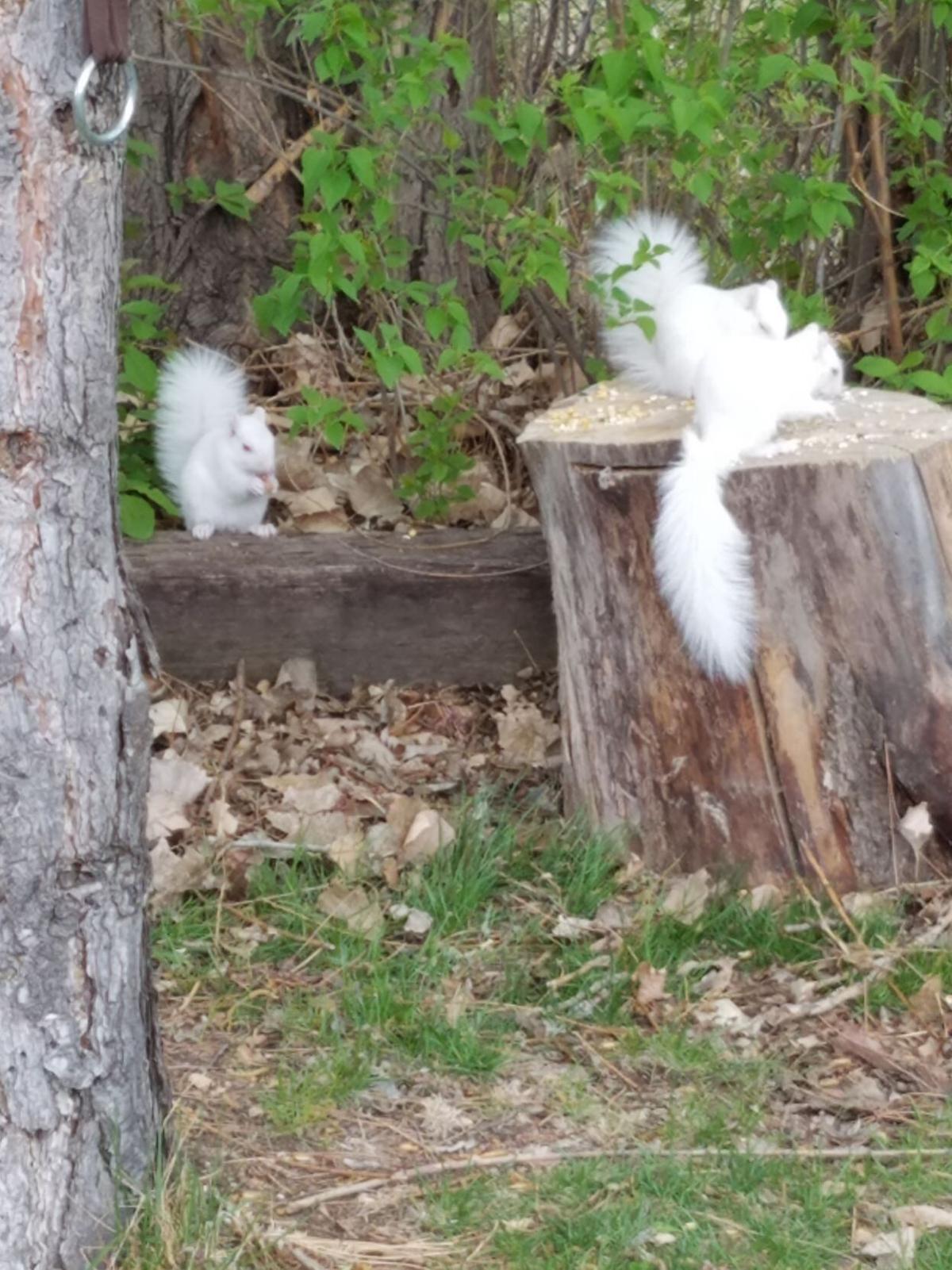 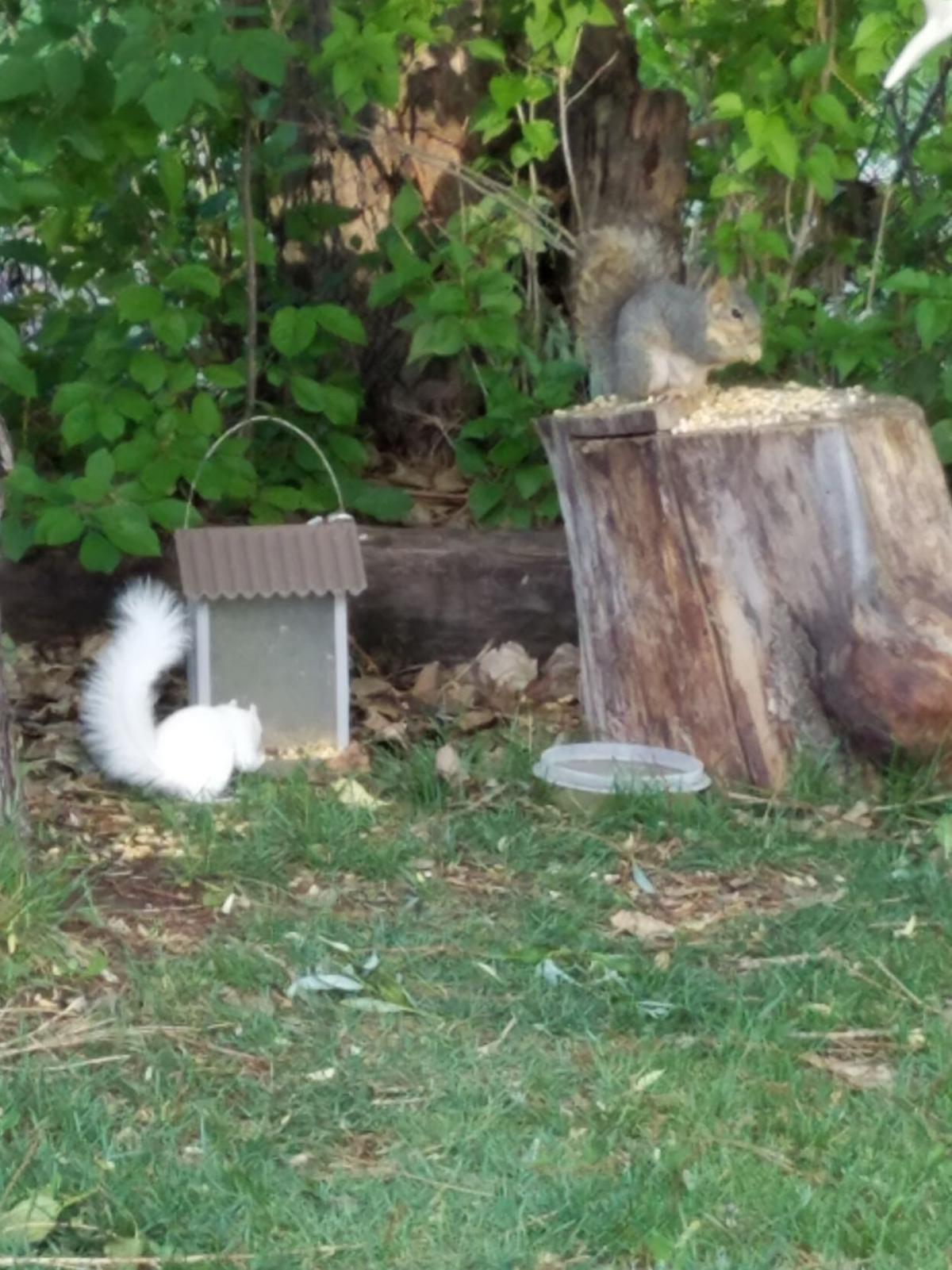 A mother and baby squirrel eat together in Brenda Kubo's backyard.

According to the Rapid City resident, they were born in the nest of a next door neighbor's tree.

“There were four in the litter. Three were albino, and one was normal,” she said. “At first, when they were just born, they hung out all the time. Now, I’ll just see them on and off throughout the day.”

She encourages the visits by feeding them a variety of fruits, nuts and seeds.

“I’ve got a stump that I put food on in the backyard with a water bowl at the base,” said Kubo, who lives in eastern Rapid City.

The squirrels have become so used to her presence that they often let her walk up to the stump and dump food out when they are in the yard.

Albino squirrels are marked by their fluffy white coats and red or pink eyes. Albinism is caused by a recessive gene that affects melanin production.

“We don’t track anything in terms of population,” said Mike Klosowski, Regional Supervisor for South Dakota Game, Fish & Parks. “We would characterize them as rare but certainly not unheard of in the area.”

Klosowski said that when albino or melanistic animals settle in an area, their populations will often increase in that area because of genetics. This is confirmed by Kubo’s report of a single albino squirrel that lived in the area about two years ago.

More local plant and animal sightings can be seen in the South Dakota Plants and Wildlife Facebook group.

A mother and baby squirrel eat together in Brenda Kubo's backyard.