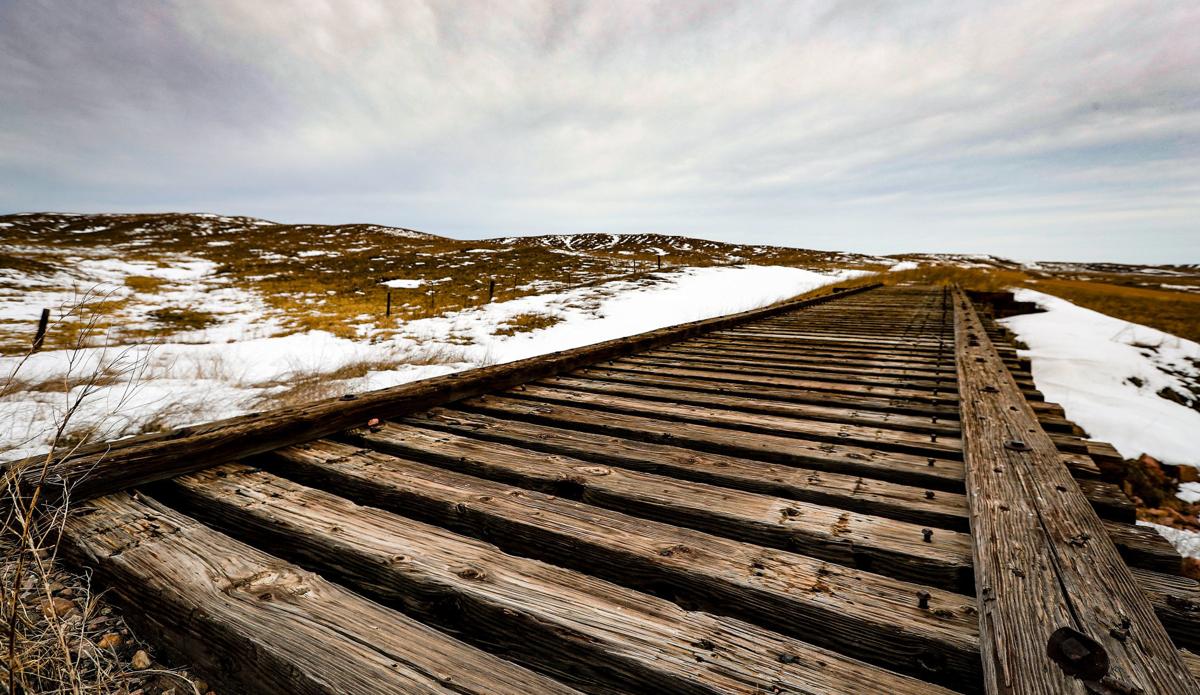 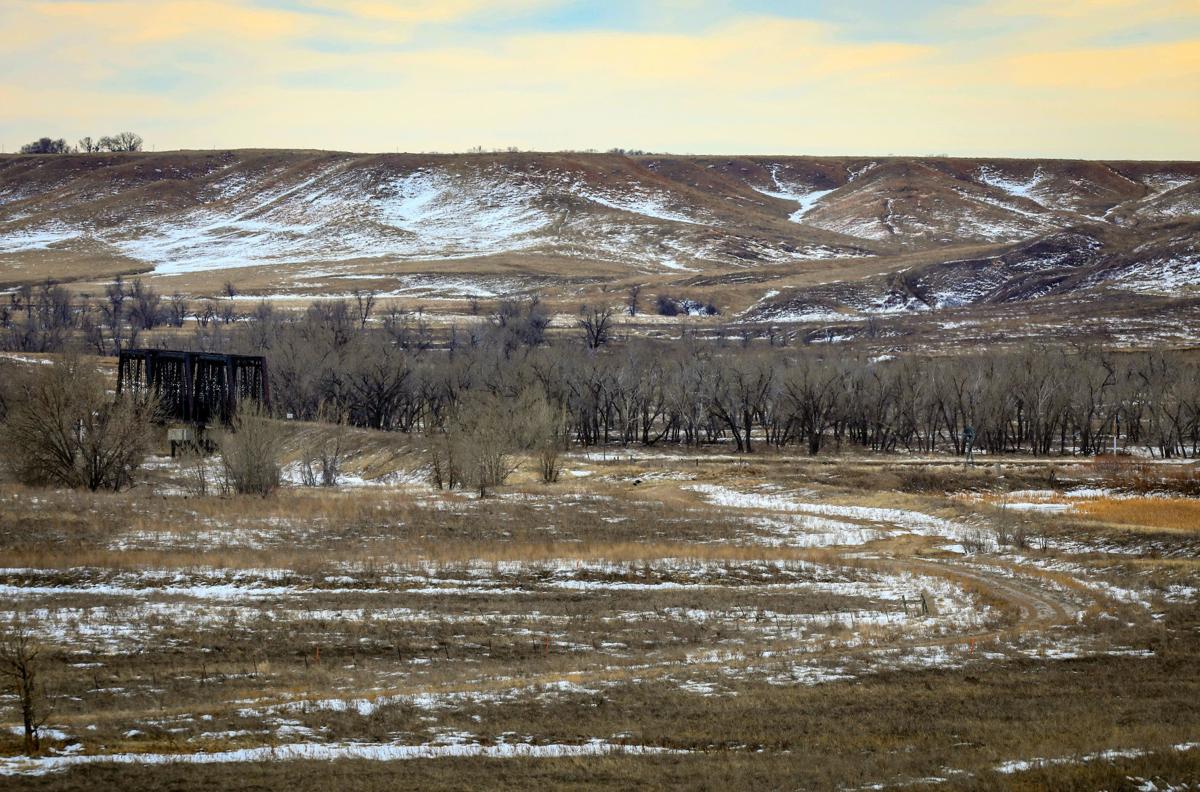 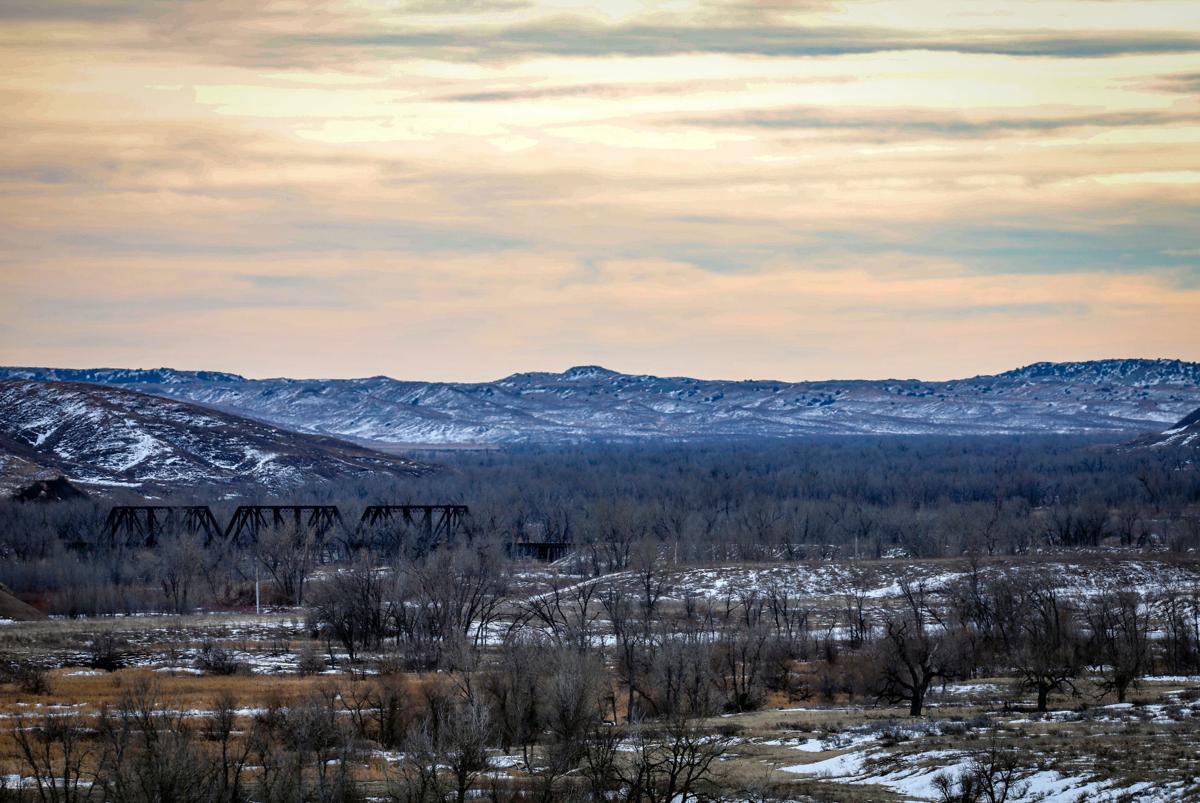 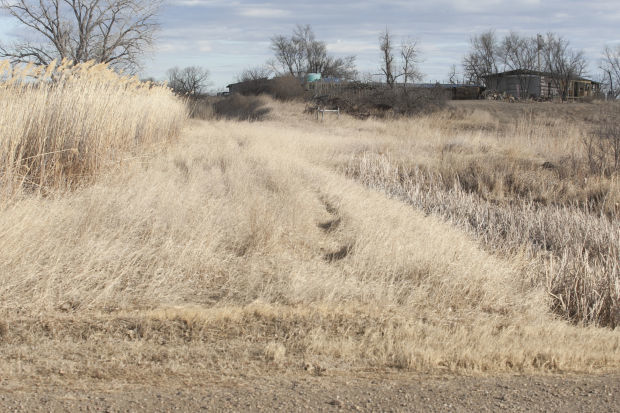 The 100-mile path of a former rail line between Rapid City and Kadoka is an annoyance to some adjacent landowners, an inspiration to bicyclists and the subject of a potentially momentous decision by the state Railroad Board.

The state owns the right-of-way for the former line, and the Railroad Board is considering competing proposals from two entities that want to acquire it.

One proposal is from a group of ranchers that wants to put the railbed between Caputa and Kadoka into private ownership.

The other proposal is from the city of Rapid City, which wants to convert the railbed between Rapid City and Kadoka into a recreational trail.

A decision to accept one of the proposals could happen in the next few months. Or, the board could reject both proposals and keep the right-of-way reserved for future use as a railroad, or as a corridor for some other type of development.

The Railroad Board has seven members appointed by the governor, including Jerry Cope, of Rapid City, who is the board’s chairman. He said numerous factors will weigh on the board’s decision.

“It’s not just price. It’s more than that,” Cope said. “It’s the stakeholders along the line, and how we can make things better for the state in total. That’s what we’re looking at.”

The ranchers’ group, Ranchers Railway LLC, is offering $405,000. The city of Rapid City is offering annual payments of $6,660 for an unspecified term of years (the city’s proposal also says that if the trail is not constructed in 20 years, the land could be put up for sale again).

All lines up for sale

The right-of-way for the former rail line is for sale as part of a broader offering of all 532.5 miles of state-owned rail lines in South Dakota.

South Dakota purchased those and additional miles of rail line during the first Gov. Bill Janklow administration in the 1980s, when railroad bankruptcies had put the lines in danger of abandonment. Janklow wanted to preserve rail lines for agriculture and other industries that depend on trains to haul their goods.

Today, many of the lines are back in service under lease agreements, and some of the lines have already been sold. Cope said Gov. Kristi Noem asked the Railroad Board last summer to determine what the remaining state-owned lines might be worth and to consider whether selling some or all of them might be in the state’s best interest.

The board rejected six other offers. Two of the rejected offers were for the Mitchell-to-Rapid City line, known as the MRC, which has service on rehabilitated lines between Mitchell and Presho. The line includes the segment between Rapid City and Kadoka, which has had its rails removed.

Rail Board members rejected those and offers for other lines because they “just didn’t think that the proposal in total was a good deal for the state,” Cope said.

On Dec. 18, the board heard proposals from other entities, including the competing proposals from Ranchers Railway and Rapid City for portions of the MRC line lying west of Kadoka. The board took no action on those proposals, and Cope said it’s likely to be two or three months before the board makes any decisions.

The rail segment that formerly ran between Rapid City and Kadoka was built in 1907 by the Chicago, Milwaukee, St. Paul and Pacific Railroad, commonly known as the Milwaukee Road, which went bankrupt during the 1970s.

The segment has been out of service ever since, and the state “railbanked” it to protect its potential future use as a railroad while also allowing for the possibility of recreational trail use in the interim. The state has removed the rails and ties, although dozens of bridges and culverts remain.

The Ranchers Railway group is led by Frank Bloom, of Scenic, whose land is crossed by the railbed. He views its continued existence as an impediment to his ranching operation, and he dreads its potential conversion to a recreational trail. He said a trail could bring trespassers, litter and other problems to his adjacent land.

Bloom said Ranchers Railway consists of 50 more ranching families with land along the line, and they all share his views. If the Railroad Board accepts the group’s proposal, Bloom said, Ranchers Railway would ensure that ownership of the railroad right-of-way is transferred to adjacent landowners.

Bloom said even if Ranchers Railway does acquire the right-of-way, it could still be taken back by eminent domain at some future time to build another rail line.

“So, why not put it back on the property tax rolls in the meantime?” Bloom said.

Rapid City officials have a different vision. They are advocating for a longstanding proposal to convert the railbed into a recreational trail, following the example of an old Black Hills railbed that became the popular 110-mile Mickelson Trail in 1998.

Because the proposed trail on the Rapid City-to-Kadoka railbed would pass through the Badlands, proponents have suggested the name “Mako Sica Trail,” for the Lakota phrase meaning “bad land.”

The western end of the proposed crushed-rock trail would connect to a paved trail that already runs for 12 miles alongside Rapid Creek in Rapid City. From there, the trail would stretch eastward on the railbed across scenic plains, over the Cheyenne River and through Badlands National Park to the Kadoka Depot Museum, with proposed trailheads, trail shelters and historical and educational markers along the way.

A 2012 feasibility study commissioned by the West River Trail Coalition estimated a $21.5 million cost to construct the trail, and annual maintenance costs of up to $111,000.

Rapid City’s proposal, submitted by Patsy Horton, manager of the Long Range Planning Division of the city’s Department of Community Development, says the city would have to “work with other public agencies along the route as well as non-profit organizations” to secure funding, grants and donations for construction. Partners would also be sought to fund trail maintenance.

Horton said the thousands of people who ride the Mickelson Trail bring economic impact to the Black Hills region and to South Dakota as a whole, through sales taxes. Regarding neighboring landowners, Horton said some who opposed the Mickelson Trail have since become strong supporters of it, and she hopes the same would be true of the Mako Sica Trail.

The city’s proposal includes letters of support from Black Hills Trails and the Ridge Riders of the Black Hills.

“It would be a huge asset to the State of South Dakota to have this resource come to fruition,” wrote Perry Jewett, of the Ridge Riders. “There are many benefits including tourism, local access, recreation and mental and physical health.”

Other observers of the rail-sale process are encouraging the Rail Board and Noem administration to think long and hard before selling away any of the state-owned lines.

Michael DeMersseman, an attorney and former legislator from Rapid City, said the state-owned rights-of-way could be useful not only as rail lines but also as corridors for unforeseen needs, including pipelines carrying natural gas, oil or water; fiber-optic communication lines; or electrical transmission lines for renewable energy projects.

Even if a recreational trail is permitted on a particular railroad right-of-way, DeMersseman said, the state should retain ownership of the right-of-way so that it could be used for additional purposes in the future.

“Looking at them in their historical role of only railroad service would be short-sighted,” DeMersseman said.

You can’t see the Badlands from the path alongside Rapid Creek in Rapid City, but someday it might be possible to keep following the path unti…