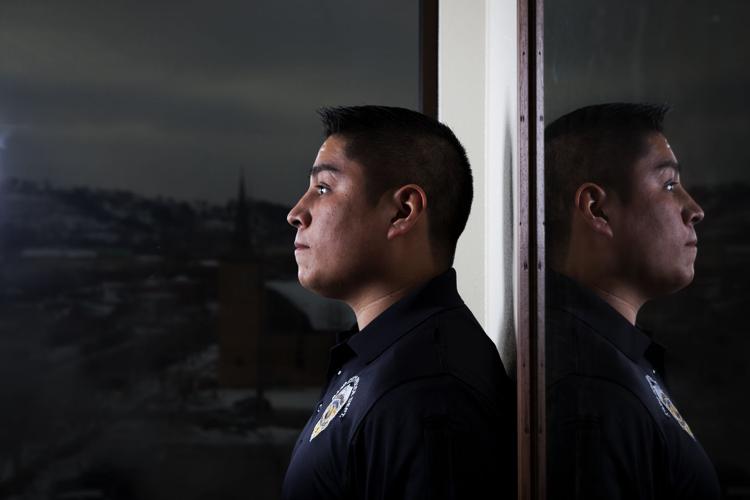 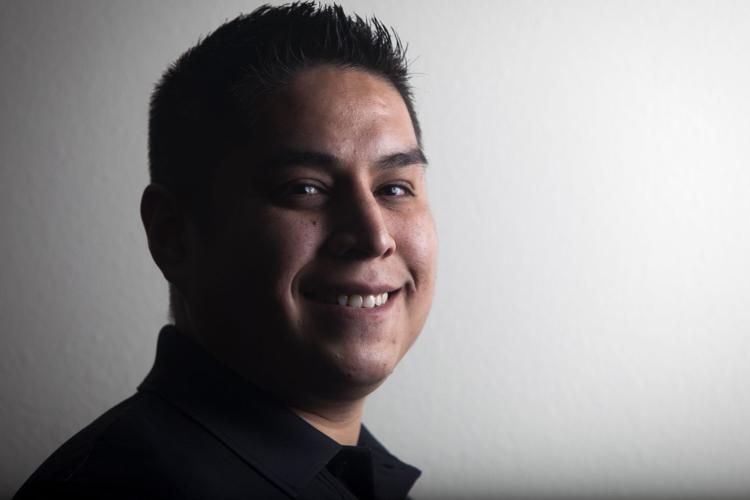 Police shootings of minorities heightened tensions across the U.S. in 2015, and Rapid City was not immune to racial unrest. A January incident at the Rushmore Plaza Civic Center in which white fans of the Rush hockey team allegedly harassed a Native American student group led to a disorderly conduct charge against a Philip man.

Though the man was later exonerated, the incident focused attention on the city’s longstanding racial divide and led Rapid City Police Chief Karl Jegeris in July to appoint Vaughn Vargas, a South Dakota School of Mines & Technology student and member of the Cheyenne River Sioux Tribe, as the department’s first cultural advisory coordinator.

Keenly aware that Native Americans make up 12 percent of Rapid City’s population yet account for 59 percent of all arrests, Jegeris received the blessing of newly installed Mayor Steve Allender, then set about attempting to mend relations between his department and the Native American community.

To aid in that effort, Jegeris tagged an unlikely prospect, because Vargas is no stranger to law enforcement or the legal system. A Chicago native who has lived in Rapid City for a quarter-century, in the last five years he has overcome a criminal, alcoholic and suicidal past to become a community activist and a top student at Mines. In 2010, Vargas was incarcerated after being convicted of his fourth-offense driving-under-the-influence charge and credits his turnaround to the arrest and subsequent help from a number of people.

Since his appointment last summer and while studying for a degree in industrial engineering and engineering management at Mines, the 29-year-old Vargas has been assembling members of a Community Advisory Committee to the Rapid City chief of police, expected to be named next month.

Vargas said this week, after five months on the job, that he had gained a greater appreciation for the scope of what those involved in law enforcement do day in and day out.

“I had disbelief and doubts when I came in,” he said. “But a lot of that dissolved in the first few weeks.”

Vargas said he has enjoyed connecting with people and organizations committed to improving the Rapid City community, but he was wholly unprepared for criticism by those he had never met.

“I have been welcomed to a number of circles because of my unique experiences and education,” he said. “Innovative approaches and ideas are now being welcomed when I originally thought it would be a challenge to get a seat at the table. The job has been tougher because I wasn’t prepared for personal verbal attacks. I had to grown some thick skin.

As we gear up for 2016, the Journal asked this newsmaker about his hopes and dreams for the coming year:

1. What are you looking forward to most in 2016; what are you excited about for the coming year?

Of course I’m looking forward to the establishment of the Community Advisory Committee. I am really looking forward to the MacArthur Public Safety and Justice Challenge. (Pennington County is one of 20 jurisdictions nationwide in competition for John T. and Catherine D. MacArthur Foundation grants of as much as $2 million to attempt to reduce jail populations.) Our city and community leaders have been working hard for Pennington County’s proposal. I believe it will definitely positively impact Rapid City in ways that are long overdue.

2. What challenges or major tasks await you, and how do you hope/plan to handle them in the coming year?

I don’t see it as a challenge, but one thing I am looking forward to is recruiting Native American law enforcement officers. This was a recommendation of the South Dakota Advisory Committee to the U.S. Civil Rights Commission in 1977, and again in 2000. The RCPD has worked to have its personnel reflect the demographics of Rapid City. I’m excited to see how our committee will respond and come up with innovative recruiting strategies.

3. What role do you see yourself playing in your community in the coming year?

As the Community Advisory Committee coordinator, I see myself doing exactly that. I will be leading our committee and advocating for committee recommendations. I hope to bring more community members and organizations together and see how we can be of service. I hope to challenge our committee to explore all possible options and due diligence when understanding proposed initiatives.

4. What goals do you have for making 2016 one to remember for you personally and professionally?

The recommendation for a Community Advisory Committee has echoed for the last 50 years. We are writing a page in the history of Rapid City and South Dakota. If highlights of 2016 include my personal and professional accomplishments, then I have not done my job. As a committee, we will work in unison, and we will stand on our accomplishments as one.

The best possible outcome is we establish and meet solid recruiting initiatives. One of the committee objectives is to strengthen the working relationship between the RCPD and the community at large. I’m excited to take part in committee initiatives that facilitate positive law enforcement interactions in our community. It is those types of interactions that build a sense of community. I will definitely be proud and happy to be part of those events.

Family: Has a 7-year-old son

Fun facts: “Growing up, I absolutely loved break-dancing, and I twice coordinated dance exhibitions at Rapid City’s Main Street Square. They had a lot of participation and each was a great event. Another fact not many people know about me is I really had aspirations to become a chemical dependency counselor. It was an opportunity to be of service in that capacity, similar to this job in the Police Department.”