Six members of the council met Friday with city attorneys, the Community Development department, state Rep. Mike Derby and other stakeholders to discuss how the city will manage future medical marijuana sales.

The number of proposed licenses would be based on about one per 5,000 residents in Rapid City.

“There are a lot of people fighting cancer and chronic pain, brain injuries,” she said while discussing her proposal.

Armstrong and Drew agreed to propose 15 dispensaries, which the majority of the council members at the meeting supported.

City Attorney Joel Landeen said it’s easier to start at 15 and increase it than trying to cap it later.

Landeen said after the meeting that the requirements for the licenses are still under discussion, but the council will likely see a proposed ordinance in September.

He said city licenses would allow some local control, like being able to address issues without having to go through the state.

“There’s a lot of things we license that we don’t necessarily have inspectors and regulate, but it’s a license, so that’s not unusual for us,” Landeen said. “That’s probably the route it seems the council wants to go. If we’re going to have a license, if you have a license, there’s always a fee attached to it.”

Fees for the medical marijuana dispensary licenses weren’t discussed Friday, but Landeen said they would appear in a draft ordinance and eventually will be approved by the city council.

“Generally, if you charge an application or license fee, the fee has to have some relation to what it costs you to administer the license,” he said. “There’s staff time, background checks, things like that, so what are the costs of all that. It isn’t perfect, but there has to be a rational relationship.”

According to state law, if a license fee generates more revenue than the administrative cost, it becomes revenue-generating, which could be considered a tax, Landeen said.

“That’s something we have to think about and consider,” he said. “The idea that we could necessarily charge astronomical amounts for a license simply to raise revenue probably isn’t supported legally.”

Landeen said his office is getting close to presenting a zoning ordinance for medical marijuana dispensaries, which is expected to be seen in September. Proposed permitted locations include property zoned in central business, urban commercial, general commercial, light industrial, heavy industrial and shopping center.

In another matter, the council will consider the first reading of an ordinance prohibiting smoking marijuana in public at Monday's meeting. Smoking would be prohibited in public places like schools, parks and playgrounds if approved by the council. 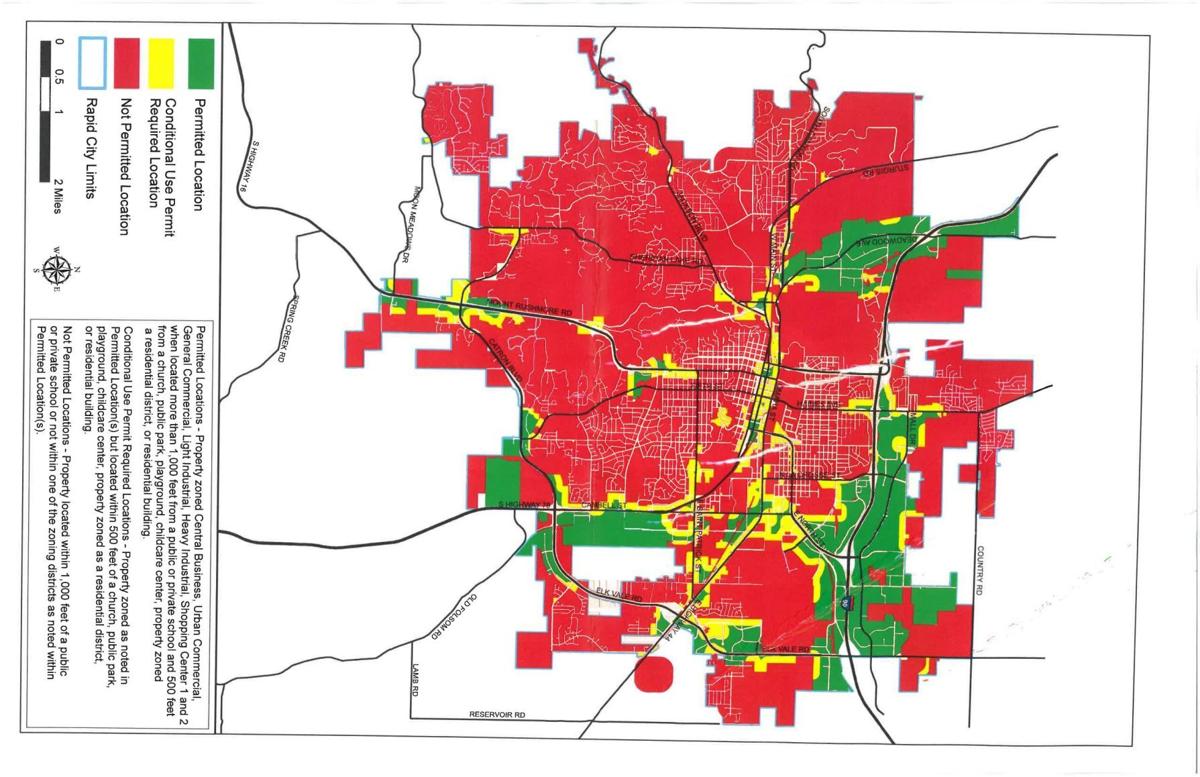