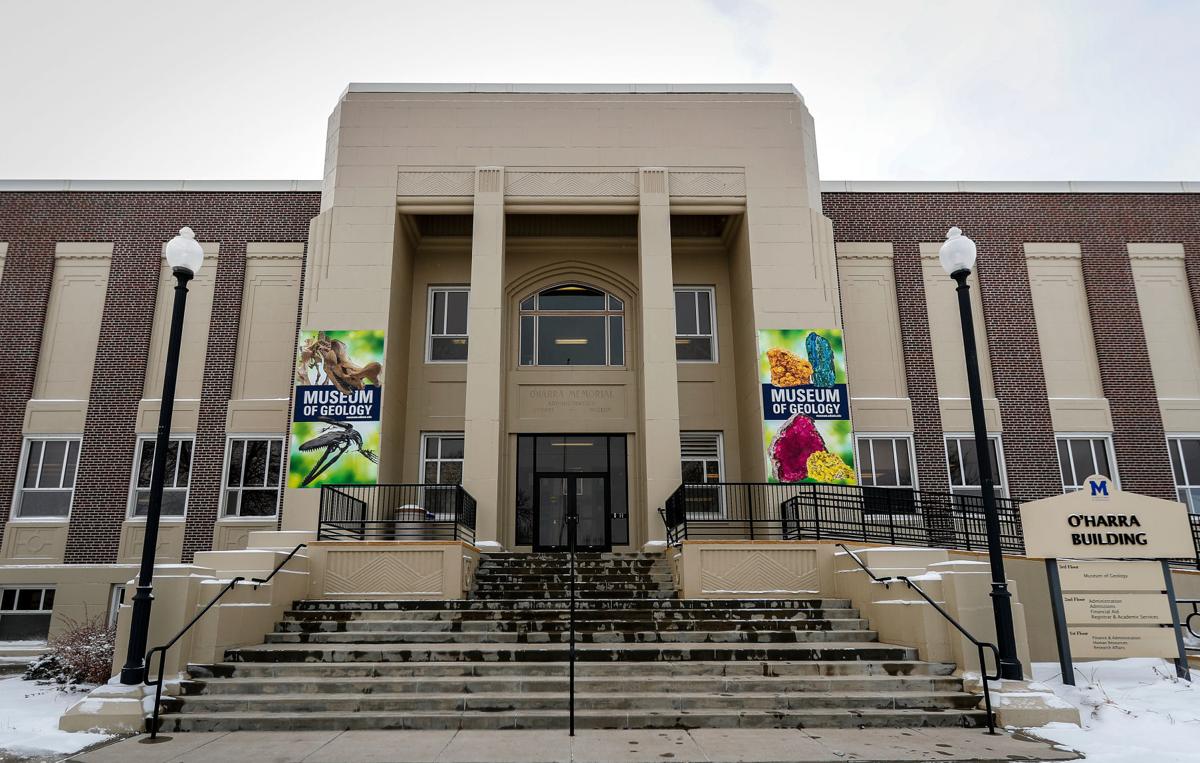 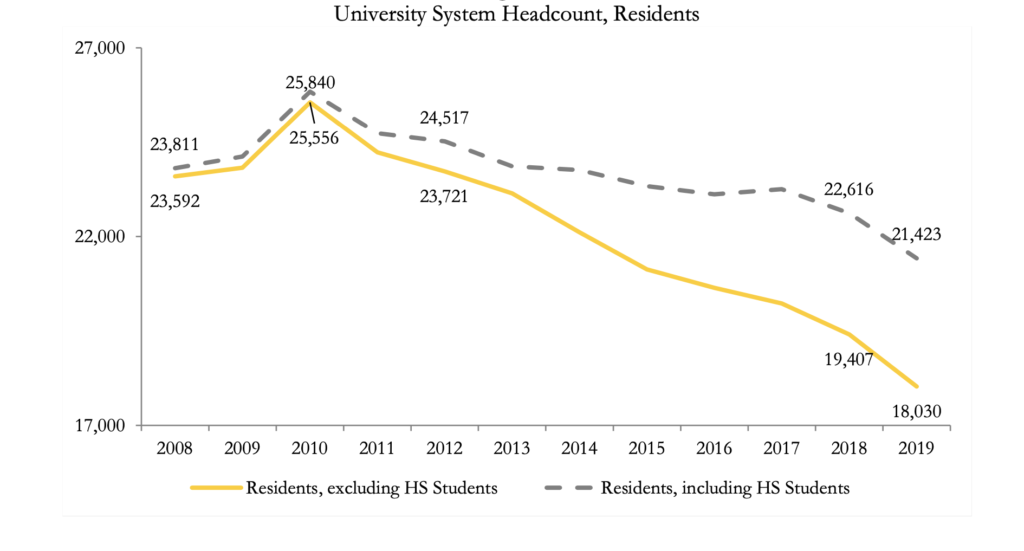 Fewer South Dakota residents are seeking degrees from the state’s universities, according to the state Board of Regents. 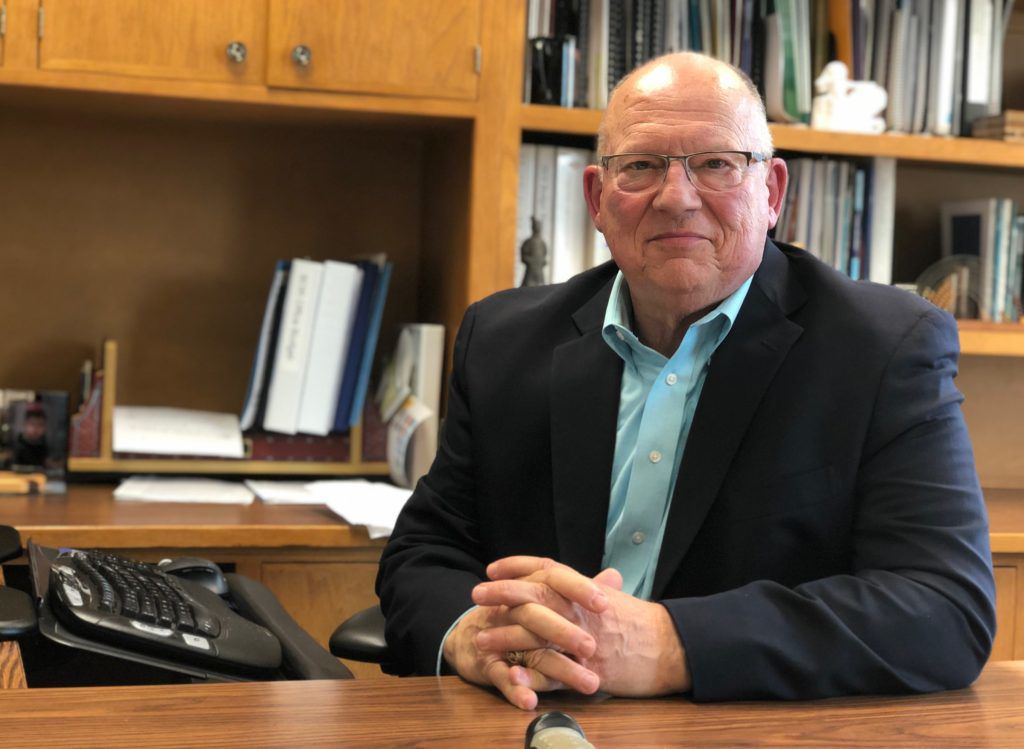 Paul Beran, executive director of the South Dakota Board of Regents. 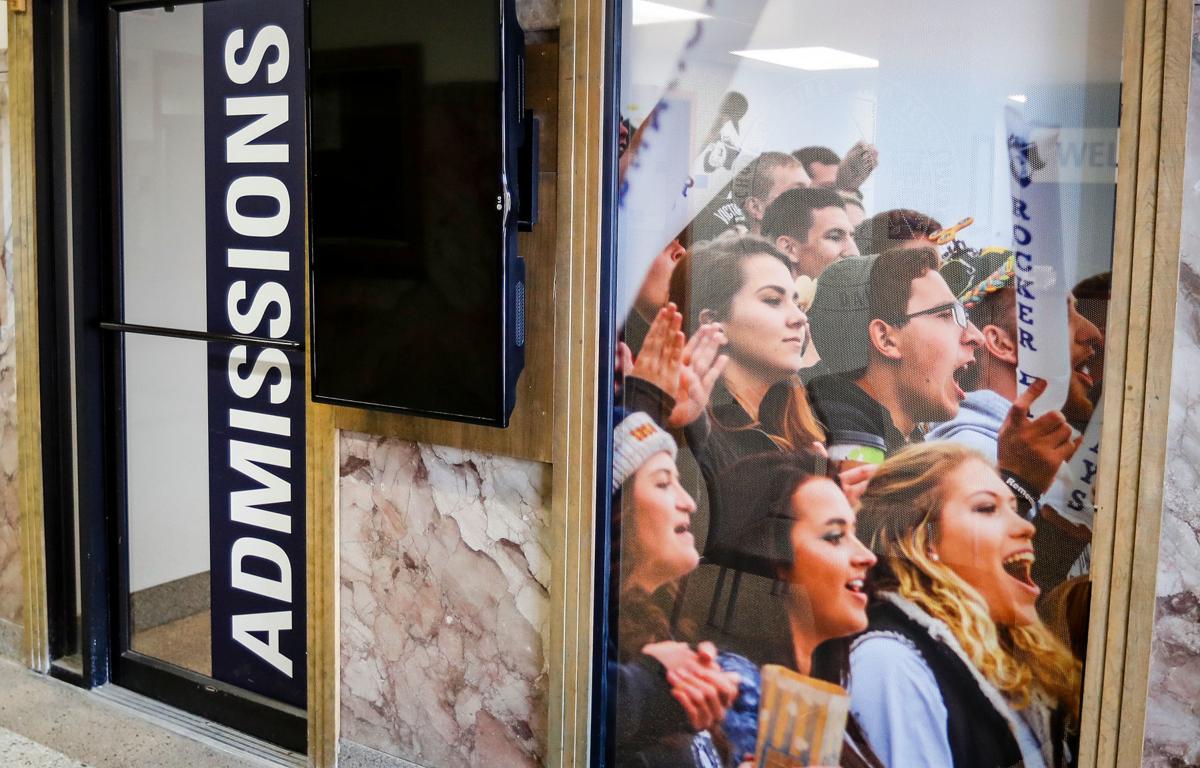 The Admissions Office inside the O’Harra Building on the South Dakota School of Mines & Technology campus. 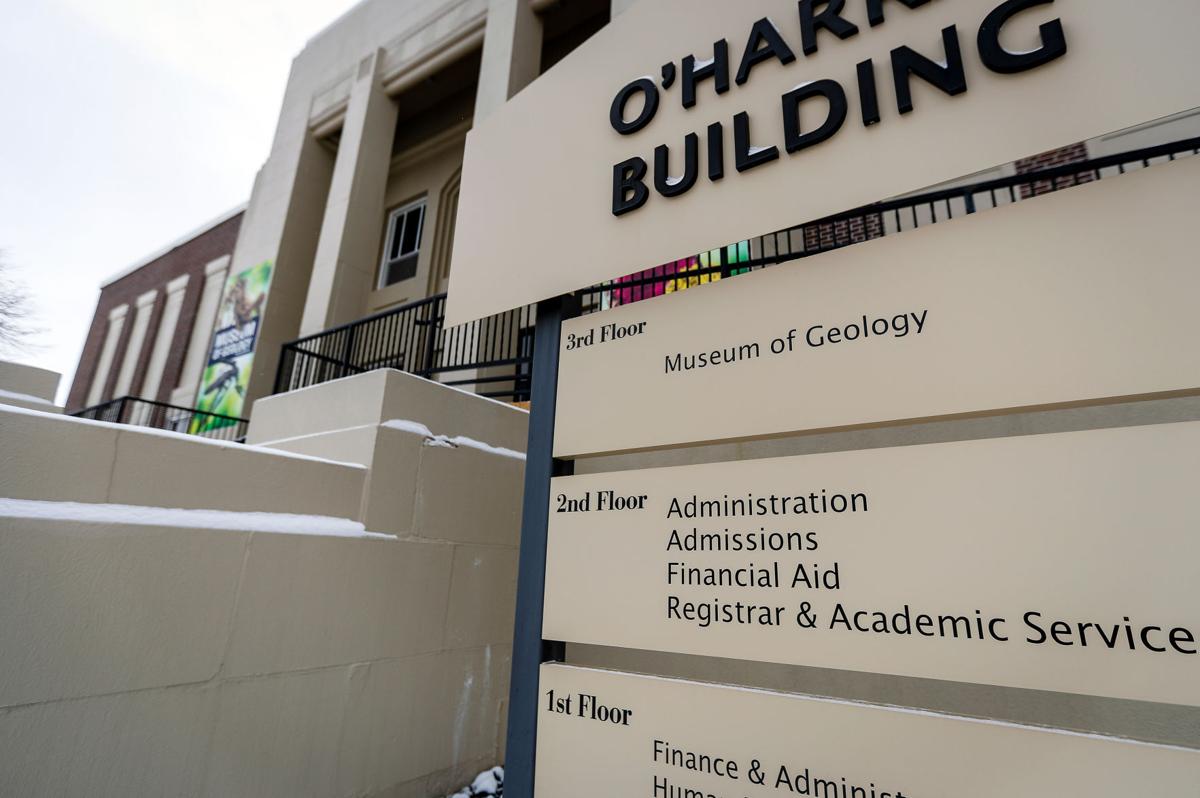 At South Dakota State University in Brookings — the state school with the highest enrollment — an unexpected 4% decline in enrollment in fall 2019 caused university officials to begin working on a plan likely to include cutting faculty positions. The SDSU Faculty Senate has been discussing the issue for months, said David Clay, the organization’s president.

“Much of the faculty are worried about their jobs,” he said.

Final decisions about any cuts aren’t expected until spring 2020, he said.

Cuts will be doubly frustrating because the enrollment declines largely are due to circumstances outside of faculty members’ and even university officials’ control, Clay said. “It’s like a perfect storm,” he said.

Since 2010, enrollment at the state's public universities has fallen by more than 5%, or almost 2,000 students. Long-term economic and demographic changes as well as higher on-time graduation rates are driving what has been a slow decline in the number of South Dakota residents seeking college degrees at the state’s six public universities.

Some schools have seen enrollment increases, but those have been offset by larger losses at other universities, with SDSU seeing the largest percentage decline. The number of state residents enrolled part-time or full-time at the state’s universities has fallen even faster. Between 2010 and 2019, resident enrollment fell from 25,800 to 21,400, a drop of about 17%.

The decline in overall enrollment represents a loss of millions of dollars in revenue for the university system, which gets about 60% of its funding from tuition and fees.

State support for higher education, meanwhile, has largely remained flat outside of one-time funding for specific projects. As enrollment continues to decline, universities are being forced to rethink programs, staffing and teaching methods, said Paul Beran, executive director of the Board of Regents.

“The reality is that every (university) president is looking at ways that they’re going to become more efficient,” Beran said. “They’re looking at ways to take really hard looks at their workforce in three areas — staff, administration and faculty.”

At least part of the decline in enrollment is due to economic expansion after the end of recession of 2008, Beran said. During recessions, traditional students tend to stay in school longer to beef up their resumes while non-traditional students enroll at higher rates because jobs are scarcer and require new skills. South Dakota’s public university system started to see a recession-inspired enrollment spike in 2010 when the system headcount jumped from 33,779 in 2009 to 36,440, Beran said.

South Dakota isn’t alone when it comes to college enrollment declines. National estimates have pegged the drop in four-year public college enrollments near 7% between 2010 and 2017. Data compiled by the nonprofit National Student Clearinghouse Research Center show a nationwide 1.3% decline in college and tech school enrollments between 2018 and 2019.

The news isn’t all bad. Enrollment figures for fall 2019 in South Dakota show a system-wide head count of 34,520, higher than the system’s pre-recession headcount, Beran said. The indication, he said, is that the system has been able to sustain growth over several decades despite the recent downturn.

“We actually had an increase … if you take the bubble out,” Beran said

Another issue is fewer young South Dakotans to recruit into college. Demographic data compiled by the Western Interstate Commission on Higher Education — a partnership between 15 western states and two U.S. territories — shows South Dakota went from graduating about 9,500 high school seniors in the early 2000s to graduating about 8,500 in 2019. Other Great Plains states have seen similar trends, the data shows.

South Dakota’s universities have been competing for fewer potential students and as the growth in costs outpaces the growth in state support, they are rapidly losing one of their chief advantages — lower prices. The total cost of a degree from a South Dakota university is low compared to the rest of the country. But because state support has lagged, students actually end up paying more for their degree than students in all but seven other states.

Low-income South Dakotans have been priced out of college, Beran said. In 2011 the state’s universities enrolled more than 70% of students who qualified for free and reduced lunches at their high school and scored a 22 on the ACT. In 2019, just 51% of those students enrolled in college.

“We’re producing education efficiently … but our students are paying a higher percentage of that cost,” Beran said.

“What we’re learning is that those students love taking courses online,” she said. “With online classes, you can get around course scheduling conflicts and they’re easier to fit into work schedules.”

“That’s an area that we have really jumped into with both feet the past couple of years. We’ve really enhanced our dual-credit opportunities for students,” said Sydney Chapman, assistant director of financial aid at SDSU.

Still, SDSU has seen its headcount drop about 10% since 2010. In fall 2019, the regents reported that SDSU had seen a larger than expected 4% year-over-year decline in enrollment including drops in both on-campus and online enrollment. Such sharp declines bring new urgency to efforts aimed at “right-sizing” the school’s course offerings and spending, said SDSU Provost Dennis Hedge.

“We need diversity in education, we need some of these low-enrollment programs,” Clay said. “People need to know about citizenship, they need to know how to write.”

Efforts to improve the university system’s efficiency, such as promoting dual credit, have likely contributed to the decline in enrollment. South Dakota’s public university students, some of whom are showing up on campus with nearly a full semester’s worth of credits, are graduating faster than they used to, Beran said.

The state Board of Regents has also developed programs to help students make better decisions about what to major in, which reduces the number of credits students take before earning their degrees. The Board of Regents also cut the number of credit hours required for most of its bachelor’s degree programs from 128 to 120. Now many students are completing their required coursework one or two years earlier than students 10 years ago, Beran said.

“We’ve had a much better and stronger retention rate and a higher graduation rate. And so what that means is you have fewer students hanging around taking classes into their seventh, eighth year,” Beran said. “We’re making a very concerted effort to get them graduated four years.”

With fewer students taking fewer credit hours and having a smaller pool of college-bound students to recruit from, universities have been forced to look beyond the state’s borders to boost enrollment.

South Dakota’s universities have spent years stepping up efforts to recruit students from outside the state as a way to offset the decline in resident high school graduates. Their efforts are bearing fruit. The number of nonresident students in the university system has increased more than 23%, rising from 10,600 in 2010 to 13,097 in 2019.

The School of Mines has another advantage in that the school has been rated in national media as having the best bang for the buck when it comes to degrees in science, technology, engineering and math, Roberts said.

“We have a good product. We focus on STEM fields and there are a lot of jobs out there in those fields and starting salaries are really good,” he said.

Dakota State University, the only other state university to see its enrollment rise over the past decade, has a similar set of advantages, said Jim Moran, DSU provost.

Here is a look at student enrollment at the six public universities in South Dakota over the past decade, including in the system overall.

Fewer South Dakota residents are seeking degrees from the state’s universities, according to the state Board of Regents.

Paul Beran, executive director of the South Dakota Board of Regents.

The Admissions Office inside the O’Harra Building on the South Dakota School of Mines & Technology campus.