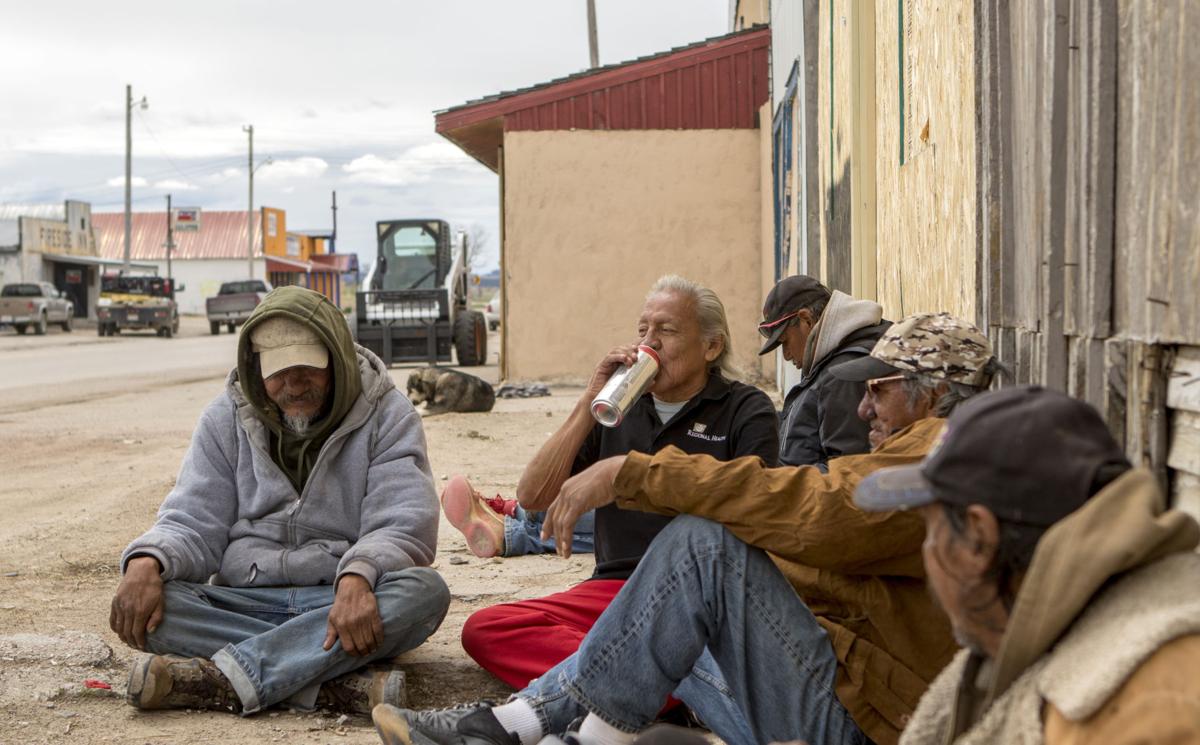 A group of Native American men, including Joseph Good Shield, second from left, spent Tuesday in Whiteclay after the beer shops were closed. Good Shield said he went to Rushville, Neb., for beer before coming back to Whiteclay to relax. 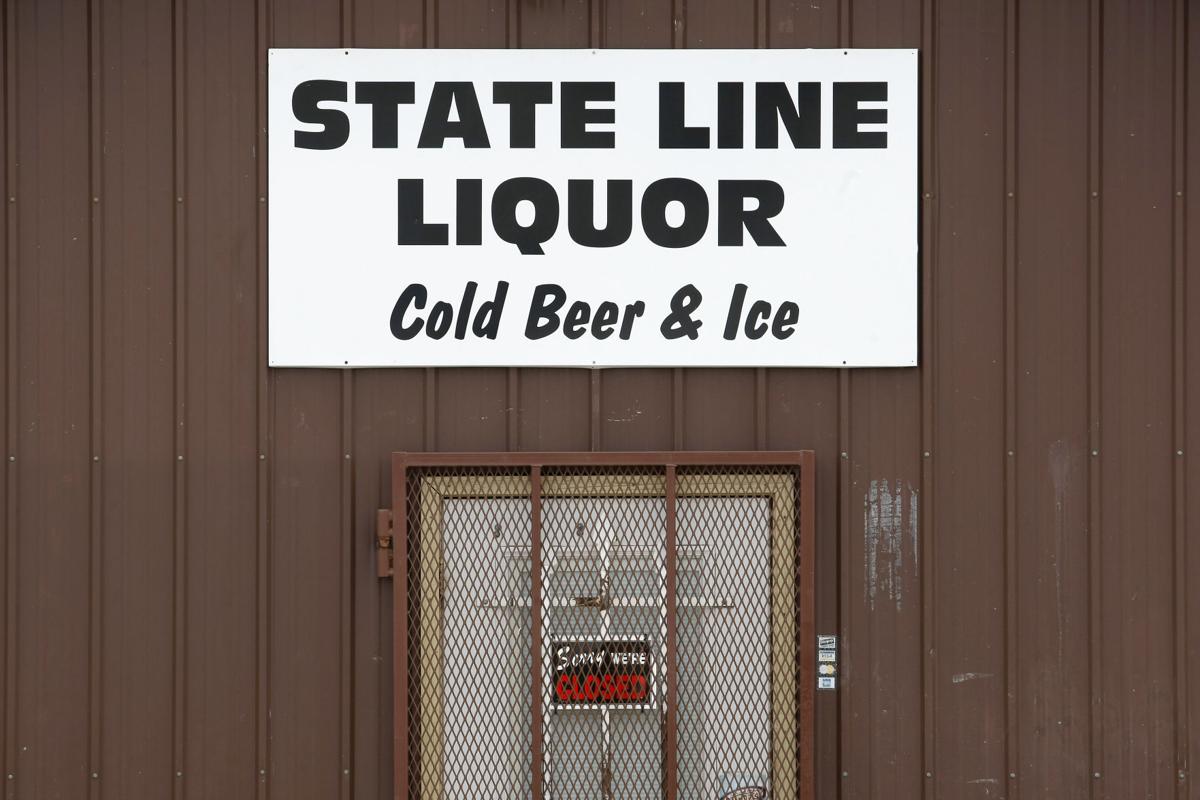 State Line Liquor in Whiteclay, as well as Jumping Eagle Inn, Arrowhead Inn and D&S Pioneer Service, lost their liquor licenses on Monday. They had to return unsold product and are now closed. 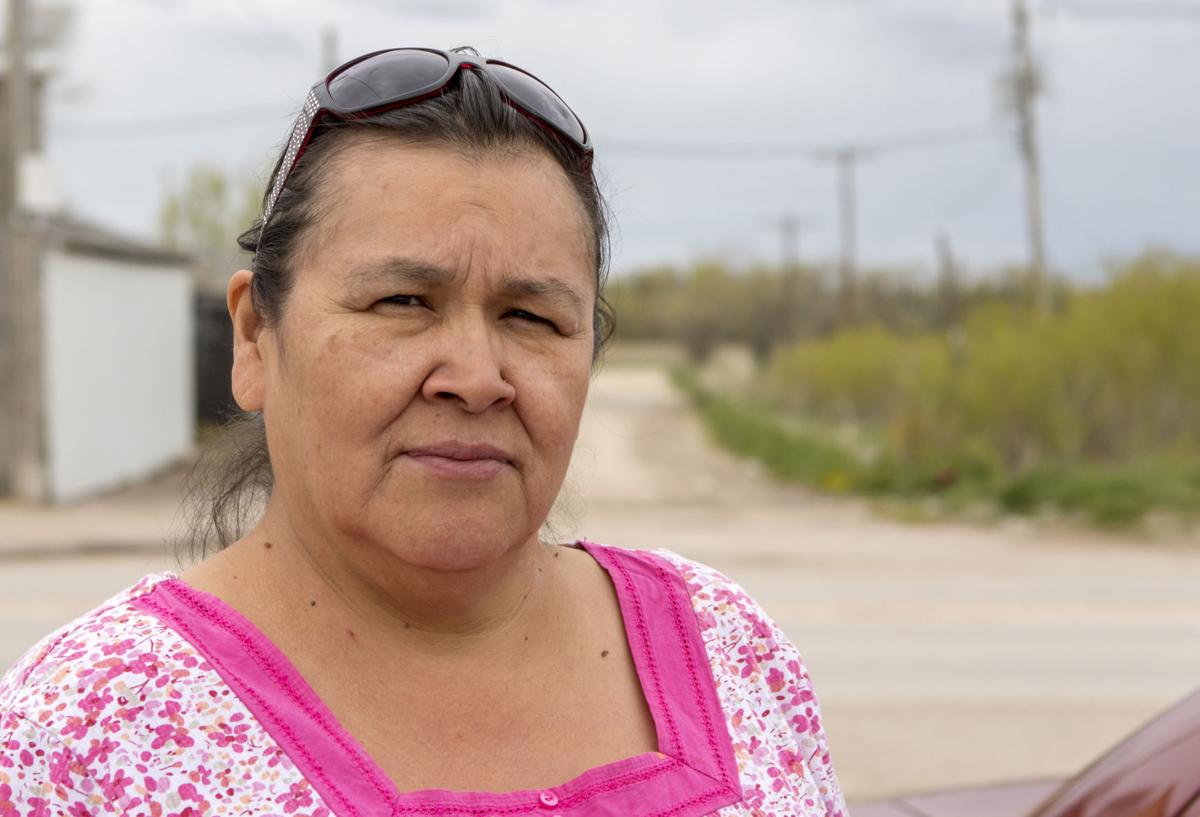 Vanessa Red Cloud said she's glad that beer is no longer being sold in Whiteclay and hopes someday an addiction recovery center will be put up nearby. 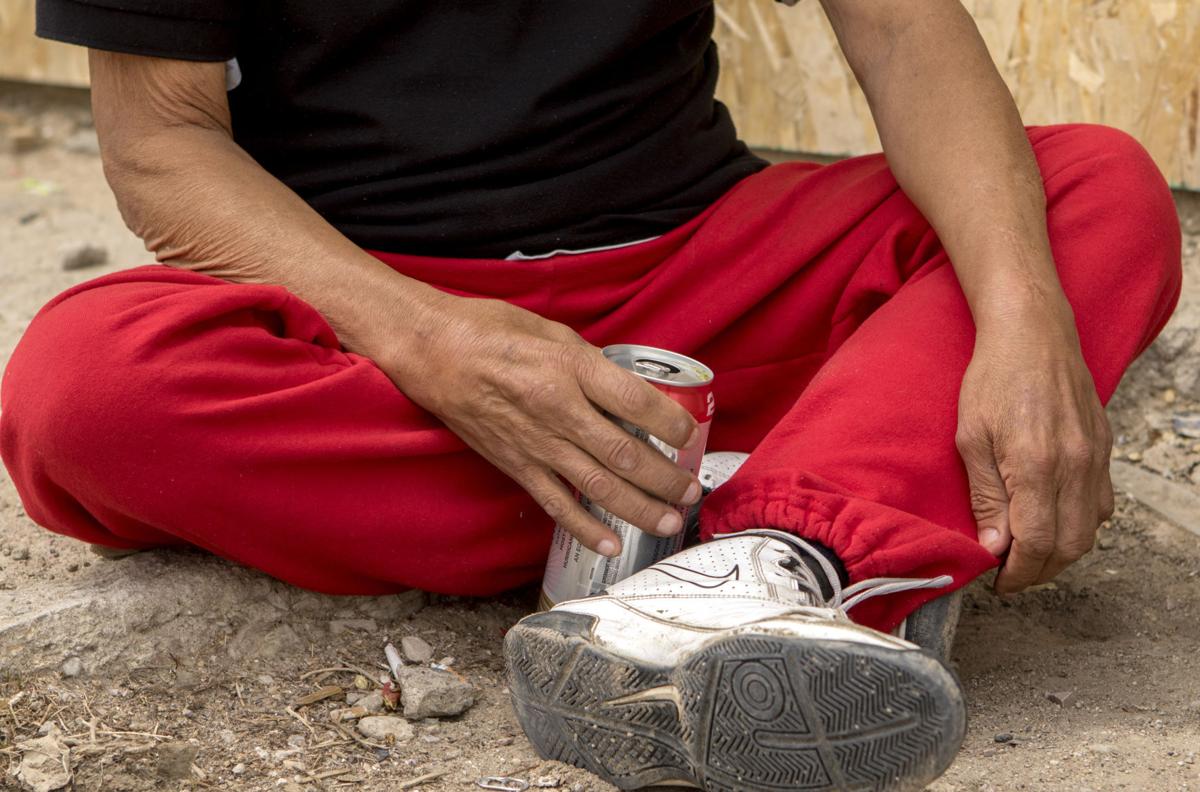 WHITECLAY, Neb.| Two days after the last case of beer was hauled out of town, Joseph Good Shield was where he always seems to end up: sitting in the gravel with his friends on the side of the road in Whiteclay.

A week ago, the stream of alcohol that has flowed for more than 100 years through the gloomy border town into the bodies of countless men and women from the nearby Pine Ridge Indian Reservation in South Dakota — where alcohol is illegal — trickled to a halt.

The beginning of the end came last month, when the Nebraska Liquor Control Commission voted to deny the liquor licenses to the town's four beer sellers, who critics say have contributed to rampant alcoholism on the reservation and created a lawless state of affairs in Whiteclay. The ruling, now under appeal, was made over charges the stores were providing alcohol to bootleggers, and that law enforcement in the town was too lax.

Confronted with the question of what he will do now that he can't get beer in Whiteclay anymore, Good Shield just laughed and took a swig from a 40-ounce can of malt liquor.

As the region braces for change, Good Shield is of the mind that the world and his position in it will remain pretty much the same, no matter what the Nebraska Liquor Control Commission or the politicians in Lincoln do.

The malt liquor? He didn’t get it in Whiteclay.

Lounging with five other men on the dusty shoulder of Highway 87 on Tuesday, Good Shield explained that he bought the can 21 miles down the road in Rushville, then took it back to share with his friends. He didn't say how he made the trip.

Part Winnebago, part Lakota, Good Shield claims he has been coming to Whiteclay since 1969. With a sly grin and a sideways glance, he introduces himself as a psychologist and a “mean blues guitarist.” He’s going to buy the town someday, he said, then nodded toward another man slumped against the building.

“That’s the mayor of Whiteclay,” Good Shield said. The man gave a blank stare then reached into a dirty coat pocket and pulled out a small rust-flecked key, probably to a padlock.

“Key to the city,” the man deadpanned. Good Shield laughed.

At its busiest, the equivalent of more than 4 million cans of beer were sold annually in Whiteclay, a town of only 12 people. Talk in recent days is that banning the sale of beer will just spur the town's bedraggled street wanderers to pick up camp and move to nearby communities like Rushville or Gordon.

Good Shield may go there to buy his beer, but he has no plans to drink it on the streets of Rushville like he does here, he said. “Too many cops.” The other men grunted in agreement.

Besides, Good Shied added, he’s been coming here for years. Whiteclay is “a peaceful place to rest,” and his friends are here. Why would he want to leave?

“We don’t keep track of time,” Good Shield said, toasting the sky. “The sun comes up, the moon comes up. The years go by. Who cares?”

“I wake up in the weeds sometimes with a bottle in my hand. And I feel good. I’m a free-born man.”

Several substance abuse treatment organizations flocked to the desolate streets of Whiteclay over the weekend to offer rehabilitation services to the men and women there.

Good Shield shook his head when asked about this.

Matt Walz is a representative of the Keystone Treatment Center in Canton, one of the outreach groups that came to Whiteclay. People like Good Shield represent a conundrum that Walz and his colleagues have to grapple with on a day-to-day basis: How do you help someone who doesn’t want your help?

What he does know, Walz said, is that alcoholism and substance abuse are diseases that afflict the mind as much as the body.

He doesn’t know Good Shield’s situation or innermost thoughts, Walz prefaced, but in general, he said, alcoholism is built on a foundation of trauma, and drinking helps some people cope with the pain.

“There is a sense among a lot of people,” he said, “that you can’t help somebody until they’ve hit rock bottom. The truth is that rock bottom is whenever someone decides they want to stop digging.”

What he wants people like Good Shield to know is that "when they’re ready, we’re ready. We’re ready to help.”

Passing through Whiteclay on Tuesday, Vanessa Red Cloud, 47, of Pine Ridge, stood in the parking lot of the former Arrowhead Grocery Store, which burned to the ground last summer. Her grandfather was Chief Oliver Red Cloud, who was outspoken about the devastation the Oglala Lakota people have experienced through the generations as a result of the sale of alcohol in Whiteclay. He passed away in 2013.

She’s glad the beer is gone, she said, and hopes someday a rehabilitation center will be put up nearby.

Red Cloud pointed across the street to where Good Shield now sat alone. His friends were small figures in the distance, trudging the two miles up the road back to Pine Ridge.

Red Cloud recognized him as a gospel singer and a blues musician.

“That’s talent right there,” she said, shaking her head.

Good Shield’s fingers strummed the air over invisible strings. He once played his music all over the country, though he doesn’t have a guitar anymore. In California or Florida, he crooned in a singsong voice. His face wrinkled into a smile as he recalled waking up in a ditch once in New York when he was younger.

He walks the world alone, he said, but always finds his way back to Whiteclay.

“I’m going to be here forever,” he said without blinking.

One year after alcohol sales were banned in Whiteclay, activists say reform is still needed

A year after the Nebraska Supreme Court closed the door to further alcohol sales in Whiteclay, activists think reforms are still needed in and…

A group of Native American men, including Joseph Good Shield, second from left, spent Tuesday in Whiteclay after the beer shops were closed. Good Shield said he went to Rushville, Neb., for beer before coming back to Whiteclay to relax.

State Line Liquor in Whiteclay, as well as Jumping Eagle Inn, Arrowhead Inn and D&S Pioneer Service, lost their liquor licenses on Monday. They had to return unsold product and are now closed.

Vanessa Red Cloud said she's glad that beer is no longer being sold in Whiteclay and hopes someday an addiction recovery center will be put up nearby.