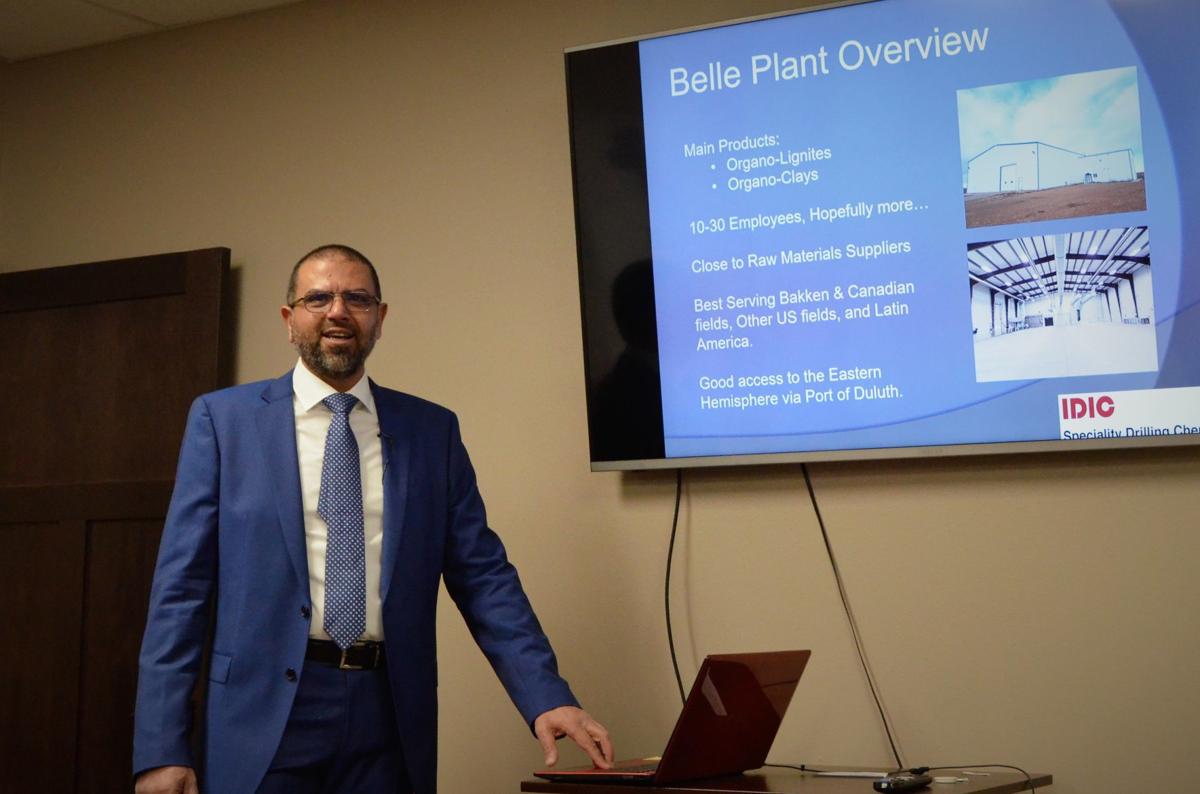 Ahmed Rasheed, director of Egypt-based IDIC Specialty Drilling Chemicals and Rasheed Performance Minerals, talks about his plans to build a facility for bentonite and lignite-based drilling products in Belle Fourche. 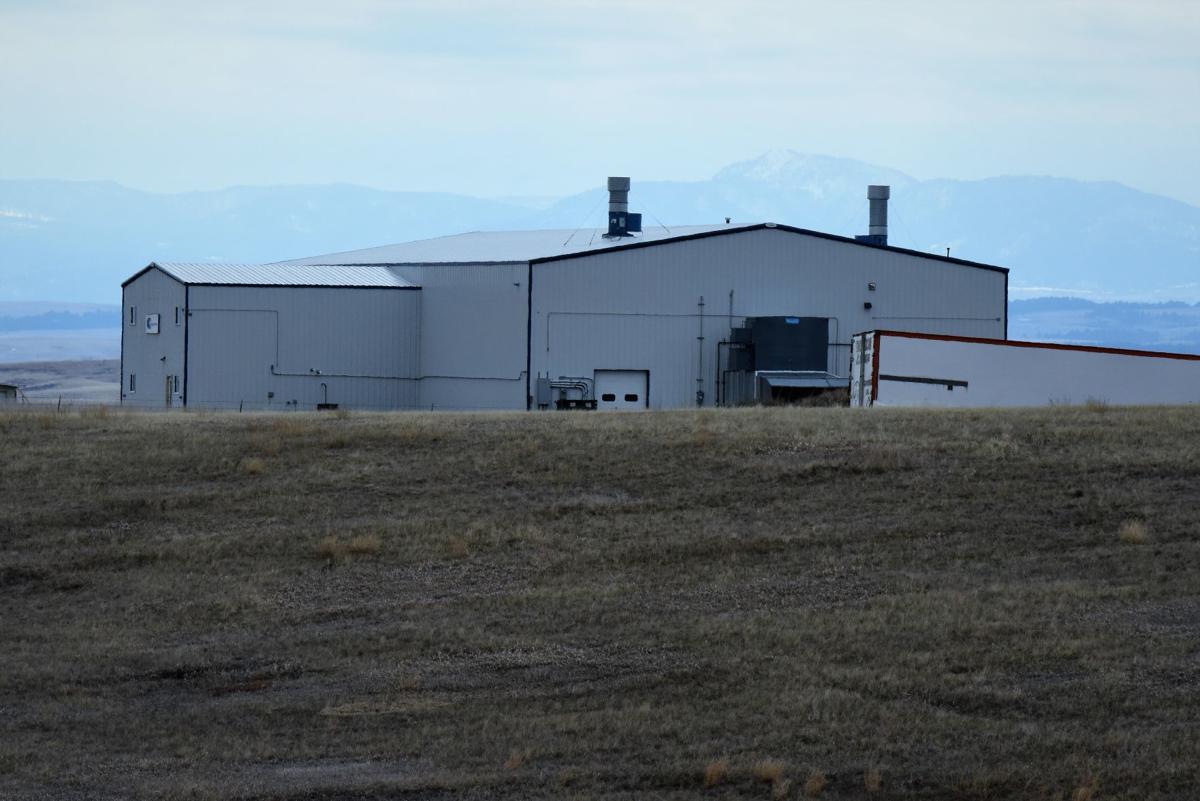 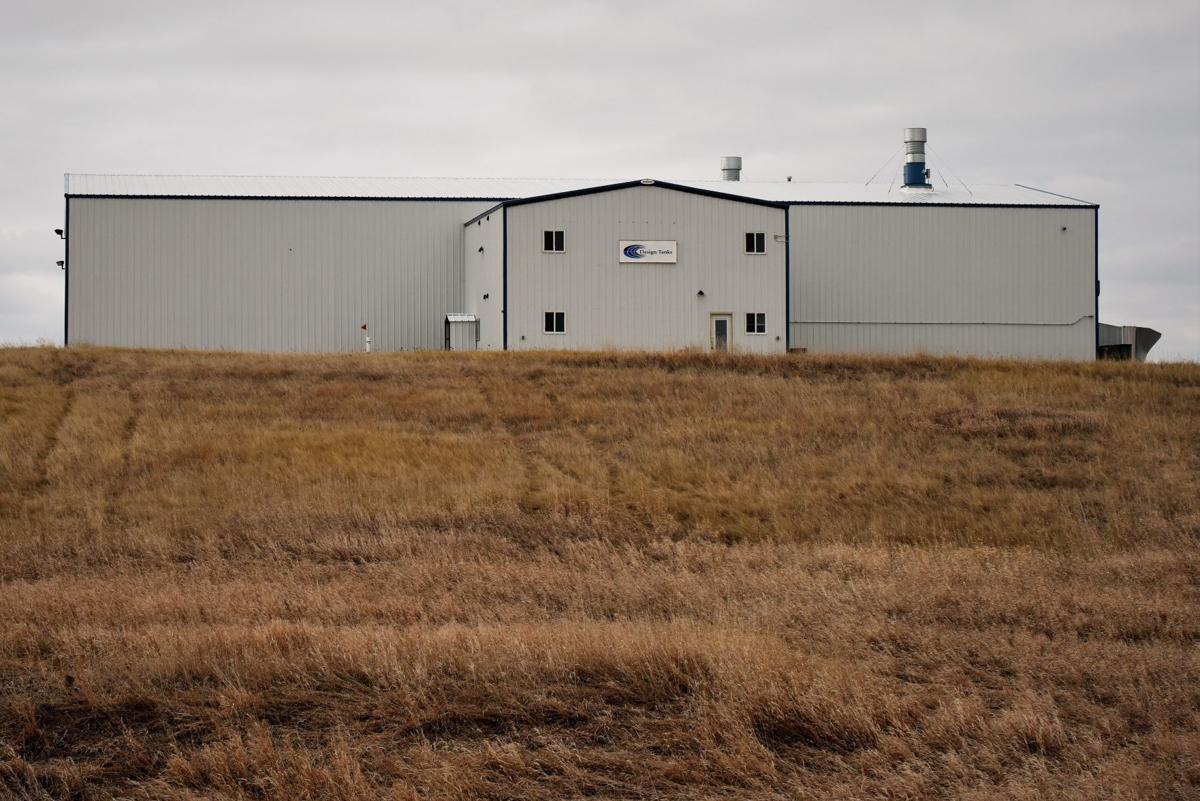 BELLE FOURCHE | Ahmed Rasheed was all but predestined to bring a subsidiary of the family mineral and chemical business to Belle Fourche, he said.

Rasheed, director of Rasheed Performance Minerals and IDIC Specialty Drilling Chemicals, both based in Alexandria, Egypt, announced Thursday plans to transform a former fiberglass plant here into a facility making products used in the drilling of oil and gas wells.

Rasheed, 48, was born, raised and educated as an engineer in Alexandria, first established by Alexander the Great in 331 B.C.

“That’s something very strange,” he said, drawing laughter during a Thursday presentation at the Belle Fourche Economic Development Corporation. “I can’t work in any other place than the middle.”

Rasheed said plans for converting the building, located two miles north of Belle Fourche and just south of the Belle Fourche Municipal Airport, and obtaining permits should be finalized in the next four to eight weeks. Construction is expected to take about six months, with the first production of lignite and bentonite products under way by November or December.

Rasheed said the plant will initially employ between 10 and 12 people, with 30 or more employees working in shifts once production ramps up.

“It’s a very big deal,” Hollie Stalder, director of the Belle Fourche Economic Development Corporation, said. “It’s so nice to work with someone who is so conscientious of his work, the business and his employees.”

Rasheed said the plant will source lignite, a soft combustible sedimentary rock also called brown coal, from mines in Wyoming, with bentonite, a highly absorbent clay formed by the decomposition of volcanic ash from formations in western South Dakota and eastern Wyoming.

Bentonite, milled into a fine powder, is mixed with light oils and used as a fluid for drilling oil and gas wells. Lignite-based drilling products will seal a drilling hole and prevent fluids from leaching into surrounding soils, he said.

His products are not used to extract oil from the ground, he said.

“When we reach oil, this chemical’s job is finished,” he said.

Markets for his drilling products, he said, include the Bakken oil fields in North Dakota and oil fields in Canada and Latin America. He said overseas markets for his products are accessible by truck and rail connections to the Great Lakes port in Duluth, Minn.

“He can really capitalize on the transportation network in Belle,” Stalder said.

Rasheed’s father, Atef Rasheed, began mining for bentonite in northern Egypt in the early 1960s in desert areas that were battlefields in World War II. Atef and many members of his family work in the business.

Rasheed said he has worked for six years to build a mineral plant in the U.S., first trying to acquire an existing facility in North Dakota and then build one from the ground up in the Permian Basin in Texas and Casper, Wyo.

“The only thing that worked on paper was to be near bentonite,” he said.

Rasheed knew of Belle Fourche, training for another mineral company here in 1999, he said.

He plans to live in Belle Fourche during the building of the new manufacturing plant. He said he and two of his brothers are avid bikers and hope to attend the Sturgis motorcycle rally.

Ahmed Rasheed, director of Egypt-based IDIC Specialty Drilling Chemicals and Rasheed Performance Minerals, talks about his plans to build a facility for bentonite and lignite-based drilling products in Belle Fourche.