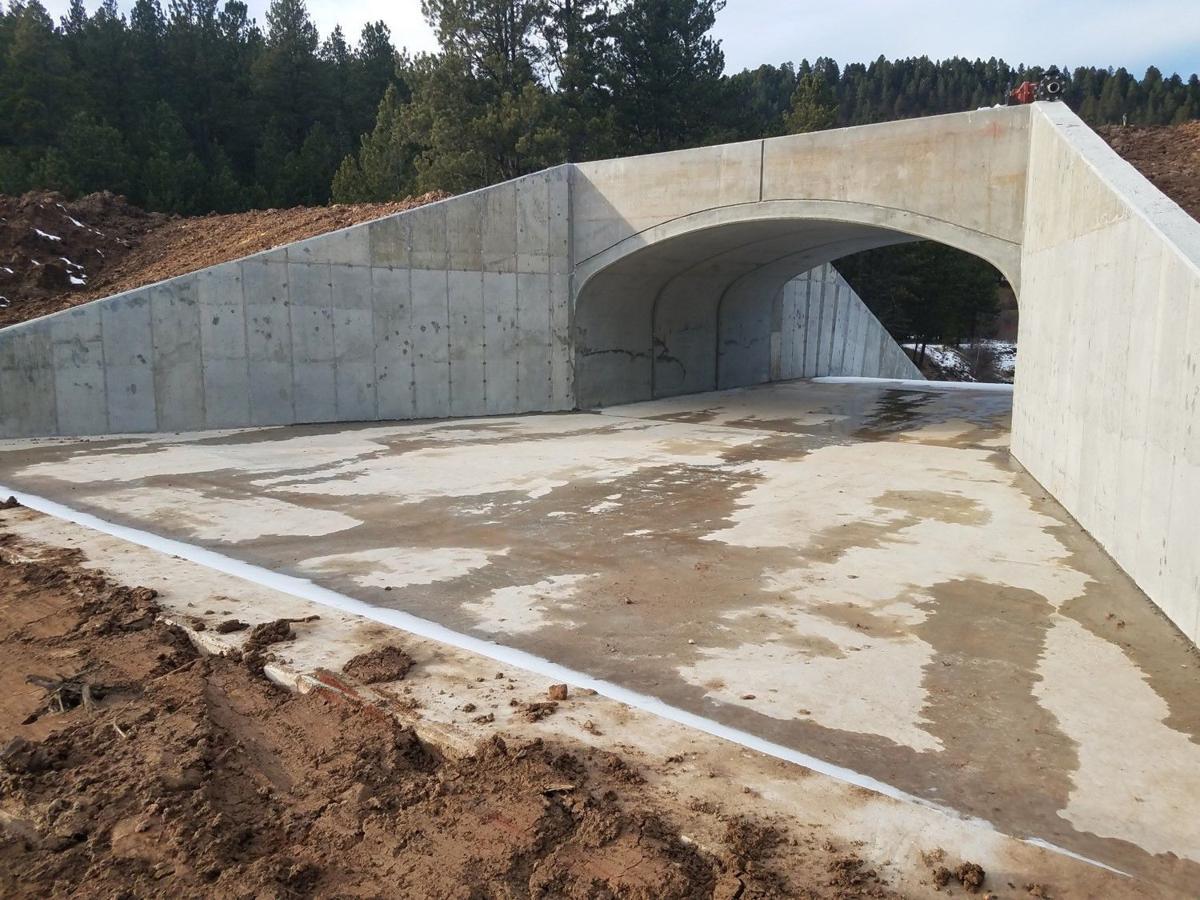 The lake side of the new spillway at Cook Lake, as it looked before the lake was refilled with water. 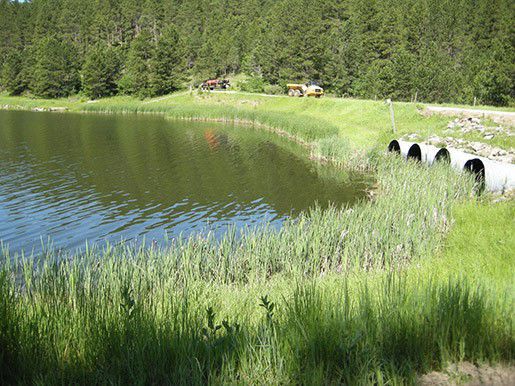 The old Cook Lake spillway, which consisted of four pipes. Last summer and this fall, the spillway was replaced with a concrete structure.

The water was pumped and siphoned out of Cook Lake last summer, exposing a muddy basin scattered with lost fishing equipment.

There was a chainsaw lying on the lake bed that somebody had apparently lost down an ice-fishing hole, plus a couple of fishing rods, a tackle box and other assorted detritus.

While the lake was closed for four months, a new spillway was installed. The lake has since been refilled with water and was reopened to the public Nov. 23.

Mike Gosse, district ranger of the Bearlodge District of the Black Hills National Forest, warned anglers that the Wyoming Game and Fish Department does not plan to restock the lake until the spring.

“My guess is you’re not going to catch anything if you try ice-fishing there this year,” Gosse said during a Black Hills National Forest Advisory Board meeting last week.

The spillway replacement was conducted by the U.S. Bureau of Reclamation with $1.5 million of funding from the Forest Service.

Cook Lake is part of the Forest Service’s Cook Lake Recreation Area, in the Wyoming portion of the Black Hills about 30 miles west of Spearfish. The site includes campsites, picnic areas, a fishing pier and trails. The lake is for non-motorized use only and was created in 1941 by a dam built on Beaver Creek, which is a tributary of the Belle Fourche River.

The fresh investment of public funds at Cook Lake may surprise those who use the lake and are aware of its troubled past. The recreation area suffered a major landslide in 1997, when part of a slope collapsed nearly 300 feet above the southwestern shore of the lake.

Gosse said the Forest Service has installed electronic monitors that measure land movement in the area. If the land moves more than a couple of inches, a siren will sound at the recreation area warning people to evacuate, and Forest Service officials will receive alerts on their phones.

The landslide area is moving an average of 5.5 inches per year, Gosse said. If that rate continues, he predicted, it will be 1,000 years before the movement threatens the closed camping loop.

For that reason, Gosse said, he is not worried about a landslide wiping out the work that was done on the spillway. If a catastrophic landslide were to occur, he said, it could send a surge of water through the lake, but he does not think it would overtop the new spillway.

With the monitors in place, Gosse said the lake is safe for recreational users.

“It’s a very popular campground and recreation area, especially for Wyoming residents,” Gosse said. “We’re full certainly on holiday weekends during the summer months, but during non-holiday weekends, we always have a little room.”

The Little Elk Creek Trail near Piedmont is a popular recreation destination in the Black Hills, but it harbors a secret.

Mark Van Every has announced his impending retirement from his job as supervisor of the Black Hills National Forest.

Christmas tree tags will be available until Dec. 24 at Forest Service offices in western South Dakota and northeast Wyoming.

With winter weather rapidly approaching, boat docks on the three large reservoirs in the Black Hills National Forest are being removed for the…

Black Hills Forest Reservoirs no longer have their boat docks and the Needles Highway is closed. These are a couple of the preparations being …

A piece of the Black Hills National Forest is for sale to the highest bidders.

An acting supervisor has been chosen for the Black Hills National Forest while the Forest Service works to fill the position permanently.

The lake side of the new spillway at Cook Lake, as it looked before the lake was refilled with water.

The old Cook Lake spillway, which consisted of four pipes. Last summer and this fall, the spillway was replaced with a concrete structure.