The mural outside of BMW includes illustrations of bikers at the Sturgis Motorcycle Rally on Tuesday in Sturgis. 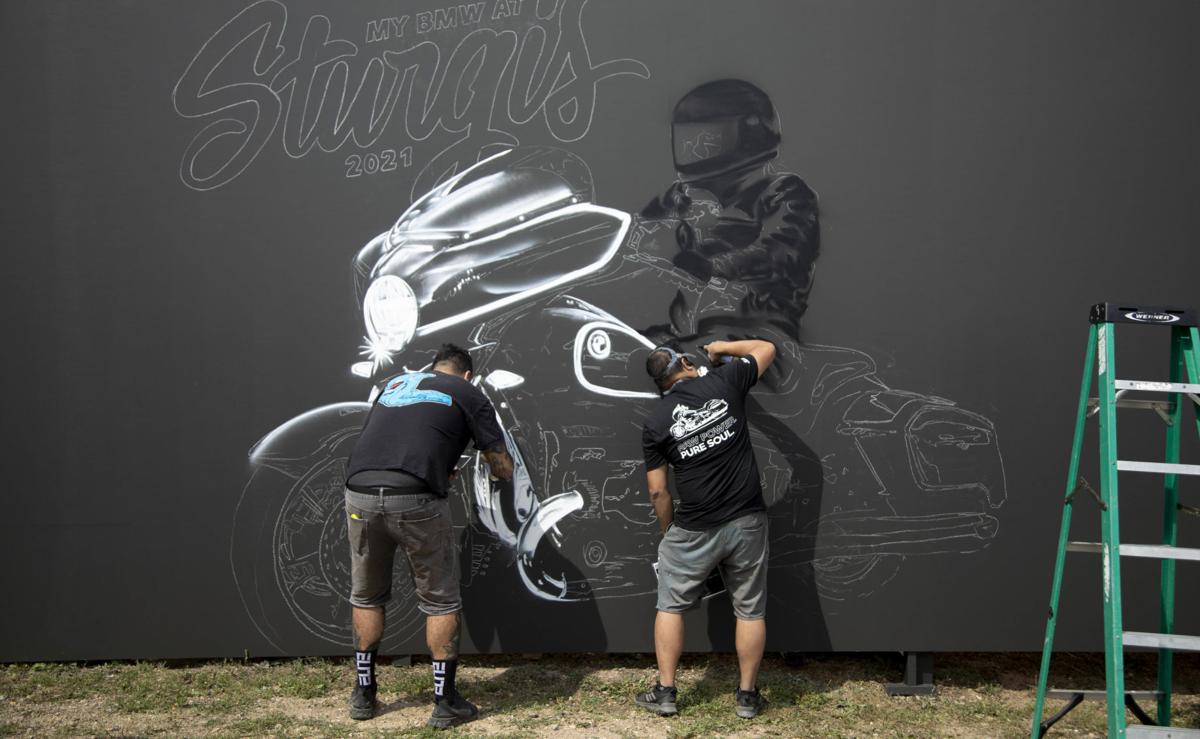 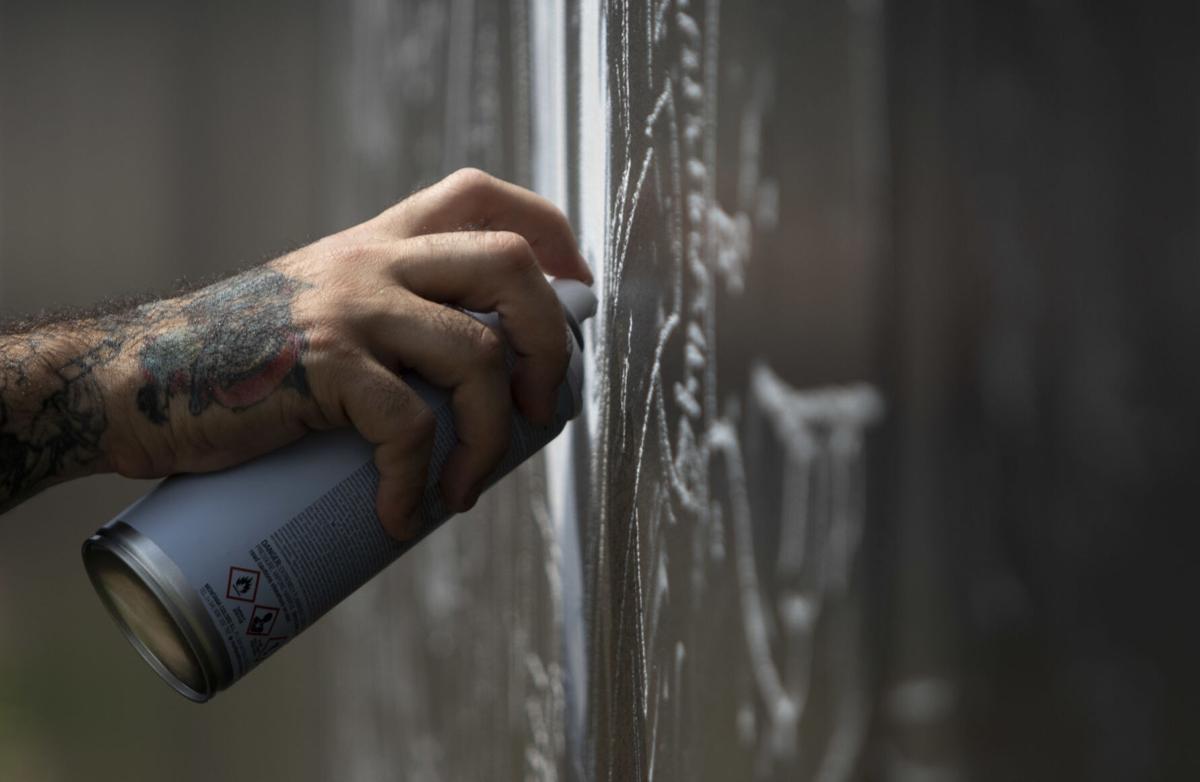 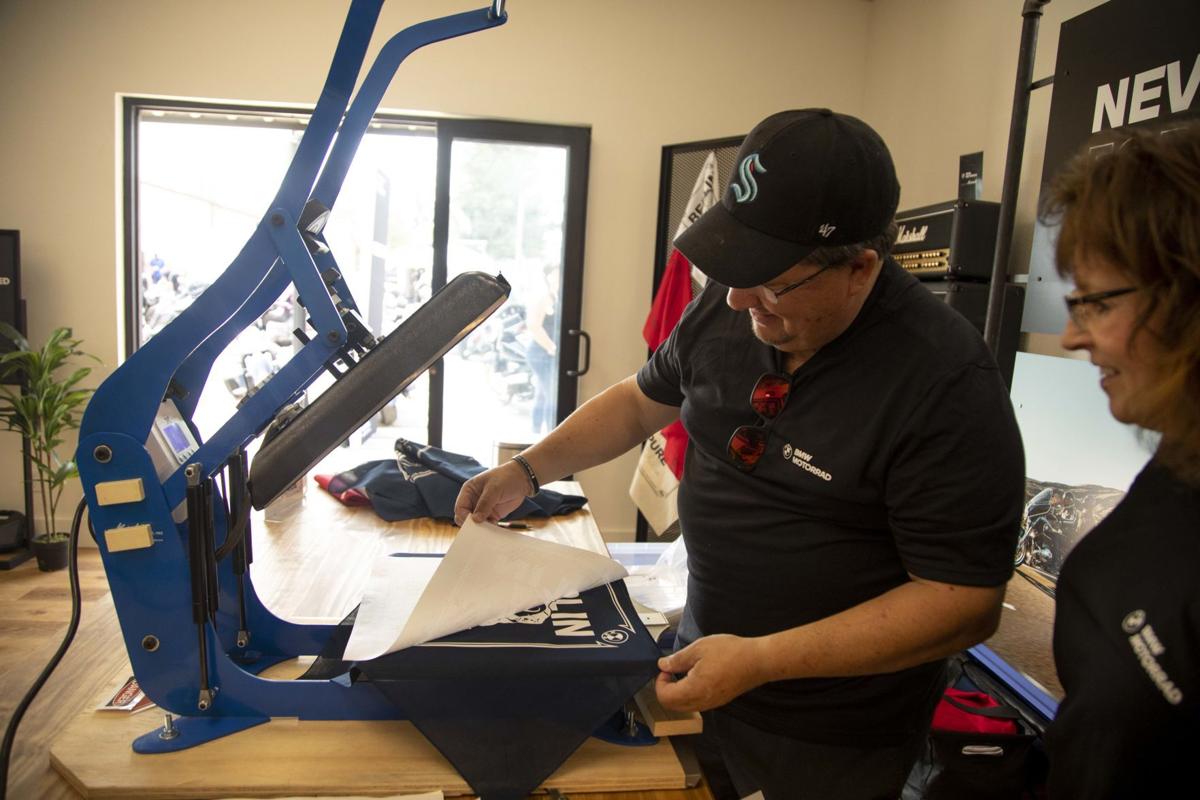 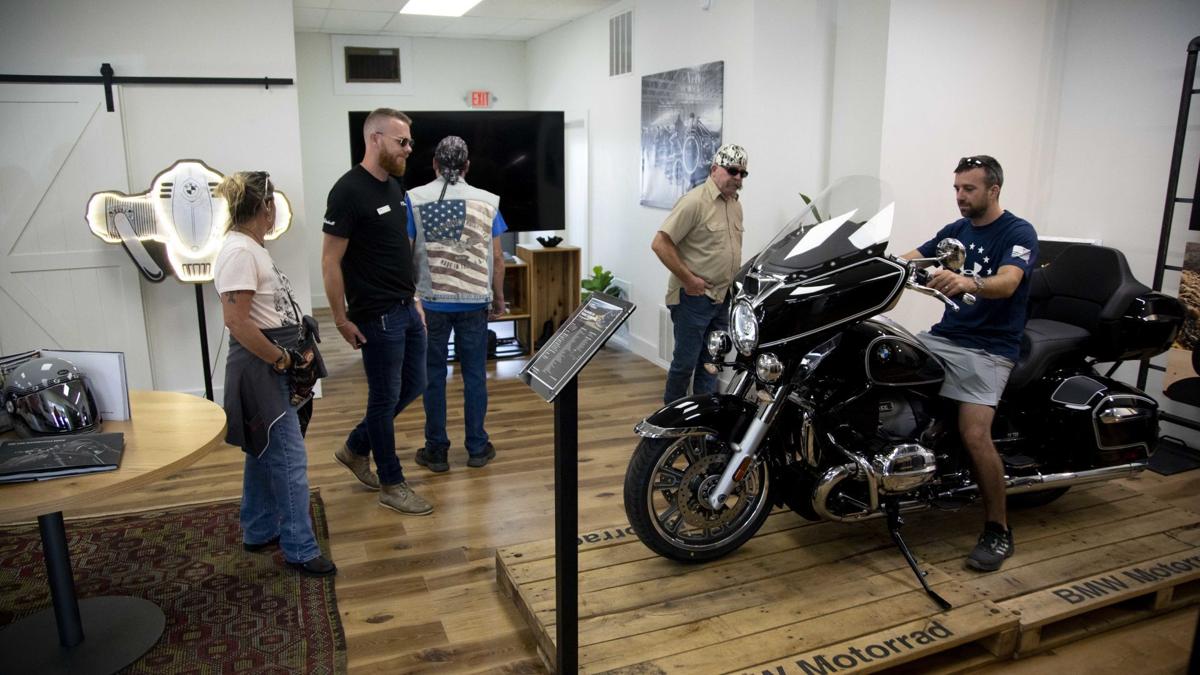 People look at bikes at BMW in Sturgis.

Bikers may see caricatures of themselves in a weeklong mural that will disappear after the 81st Sturgis Motorcycle Rally.

Oleg Satanovsky, product communications manager at BMW, said this is the first year BMW has been in Sturgis and wanted to do “something cool.”

“We’ve never really had a motorcycle that fits as a cruiser,” he said. “Last year we would’ve been here for the first time, but COVID-19 got in the way. Finally we were able to take everything, everything’s been packed up and we were waiting for it to start up this year.”

Satanovsky said people can submit photos by tagging BMW on social media. Throughout the week, an artist will add caricatures to a mural that features a BMW motorcycle and a rider in black and white spray paint.

Two artists from New York worked on the mural, along with another artist who works on caricatures.

After the week is over, the mural will disappear from Sturgis, but it’ll be online.

BMW isn’t selling anything at its stand on the northeast side of Main Street in Sturgis, but it is displaying its new R 18 model motorcycles.

Satanovsky said people are welcome to test drive the new model. Those who don’t have a license but are interested in the new model can sit on a bike that’s held on a stand.

“You can start it up, feel like you’re riding it, shift through the gears and learn how the motorcycle works without having a motorcycle license,” Satanovsky said.

The mural will be on display at the BMW stand on Main Street in Sturgis through Saturday.

The mural outside of BMW includes illustrations of bikers at the Sturgis Motorcycle Rally on Tuesday in Sturgis.

People look at bikes at BMW in Sturgis.