Meet Larry Pressler, hero to India and pariah to Pakistan.

If you’re an American, you might — or might not — know him as a 75-year-old former Republican U.S. senator from South Dakota.

But to some people on the Indian subcontinent, he is a legend because of a decades-old U.S. law known as the Pressler Amendment. The law temporarily banned U.S. aid and arms sales to Pakistan during the early 1990s because of the country’s development of nuclear weapons.

In a new book, “Neighbours in Arms,” published in India by Penguin Random House, Pressler reveals behind-the-scenes details of the effort to pass, uphold and use the ultimately ill-fated Pressler Amendment to not only sanction Pakistan but also deter other countries from joining the nuclear club.

Oddly, according to Pressler, the legislation made him more famous overseas than he has ever been in the United States.

“To this day, if I am riding in a cab in New York or Washington and my driver is of Indian or Pakistani descent and he overhears my name in a cell-phone conversation,” Pressler wrote in the book, “he will either be very friendly to me or tell me what a bad man I am!”

The book arrives at a timely moment, as the world watches North Korea’s ascension to a nuclear power. Pressler, who spoke with the Journal recently by phone from his home in Washington, D.C., said the rise of the North Korean threat is evidence of the need for proactive legislation like the Pressler Amendment.

At this late stage of the game with North Korea, Pressler said, there are no viable military options, because any nuclear strike would pose unacceptable retaliatory risks, not only to the United States but also to South Korea.

“That’s what happens when something like the Pressler Amendment fails and we push that policy aside,” Pressler said. “Now we’ve got to look to the future to avoid it happening again.”

The premise of the Pressler Amendment was simple. It prohibited the president of the United States from authorizing weapons sales or other aid to Pakistan unless the president could annually certify that Pakistan did not possess a nuclear explosive device.

At the time of the legislation’s adoption in 1985, the United States was sending billions of dollars worth of weapons and aid to help Pakistan repel the Soviet Union's invasion of Afghanistan. Pressler and others suspected Pakistan would use some of the aid to help it secretly develop a nuclear bomb, which would escalate tensions with nuclear-capable India, Pakistan’s neighbor and historical enemy.

The Pressler Amendment was invoked for the first time in 1990 by then-President George H.W. Bush amid mounting evidence that Pakistan had developed nuclear weapons. According to Pressler, the enforcement of the amendment caused Pakistan to lose $200 million worth of U.S. aid in 1991 alone.

Pressler contends in his book that the Pressler Amendment not only imposed sanctions on Pakistan for its nuclear armament but also served as a deterrent to the nuclear ambitions of other countries that received U.S. aid and wanted to keep receiving it, including Egypt, Brazil and South Africa.

But according to Pressler, the Pressler Amendment was doomed by opposition from a powerful network of arms contractors, military officials, lobbyists, think tanks and others that Pressler has dubbed “the Octopus.” That’s the name he uses in the book for the modern and expanded version of what then-President Dwight Eisenhower described as the “military-industrial complex” in 1961.

Eventually, Pressler wrote, the weight of the pressure from the "Octopus" finally broke the law’s back. In 1999, Congress granted then-President Bill Clinton the authority to waive the Pressler Amendment sanctions and some related measures that were intended to restrain Pakistan.

“With that move, these powerful non-proliferation tools were officially dealt the death knell,” Pressler wrote, adding that Pakistan is now believed to have more than 100 nuclear warheads.

Pressler was out of the Senate when the Pressler Amendment was quashed, having lost his 1996 re-election bid to Rep. Tim Johnson, D-S.D.

In the book, Pressler wrote that he suffered campaign attacks from Citibank, a major South Dakota employer that he said was involved in financing for the defense industry and lost revenue because of the Pressler Amendment.

Pressler also criticizes Clinton in the book for allegedly reneging on a promise not to campaign against Pressler and some other Republican senators who voted for the 1994 North American Free Trade Agreement. In another critique of Clinton, Pressler alleges in the book that the former president’s attack on the Pressler Amendment was motivated by a desire to play “footsie” with potential Clinton Foundation donors who opposed the law.

In addition to the material on the Pressler Amendment, Pressler’s book includes some autobiographical chapters as part of an effort to educate readers in India about the Pressler Amendment's namesake. Those chapters include thoughts on Pressler’s “last stand against the Octopus,” his description of his unsuccessful 2014 campaign for a return to the Senate as an independent.

Pressler’s new book is the second he has written since his 2014 race. The other book, published last year, was an autobiographical chronicle of the campaign titled “Senator Pressler: An Independent Mission to Save Our Democracy.” Both books include insights into Pressler's personal life, including his struggle to overcome a stammer and his decision to volunteer for military service during the Vietnam War.

In “Neighbours in Arms,” Pressler attributes the candor of his writing to his liberation from political ambition.

“At age seventy-five, although in excellent health, I do not plan to run for office again,” Pressler wrote. “I feel free to say whatever I want.”

Pressler to speak at SDSU

The title of his presentation is “An Independent Mission to Save Our Democracy."

Pressler will speak about his mission to encourage independent political thinking and about the need for young South Dakotans to run for political office.

The lecture is free and open to the public. 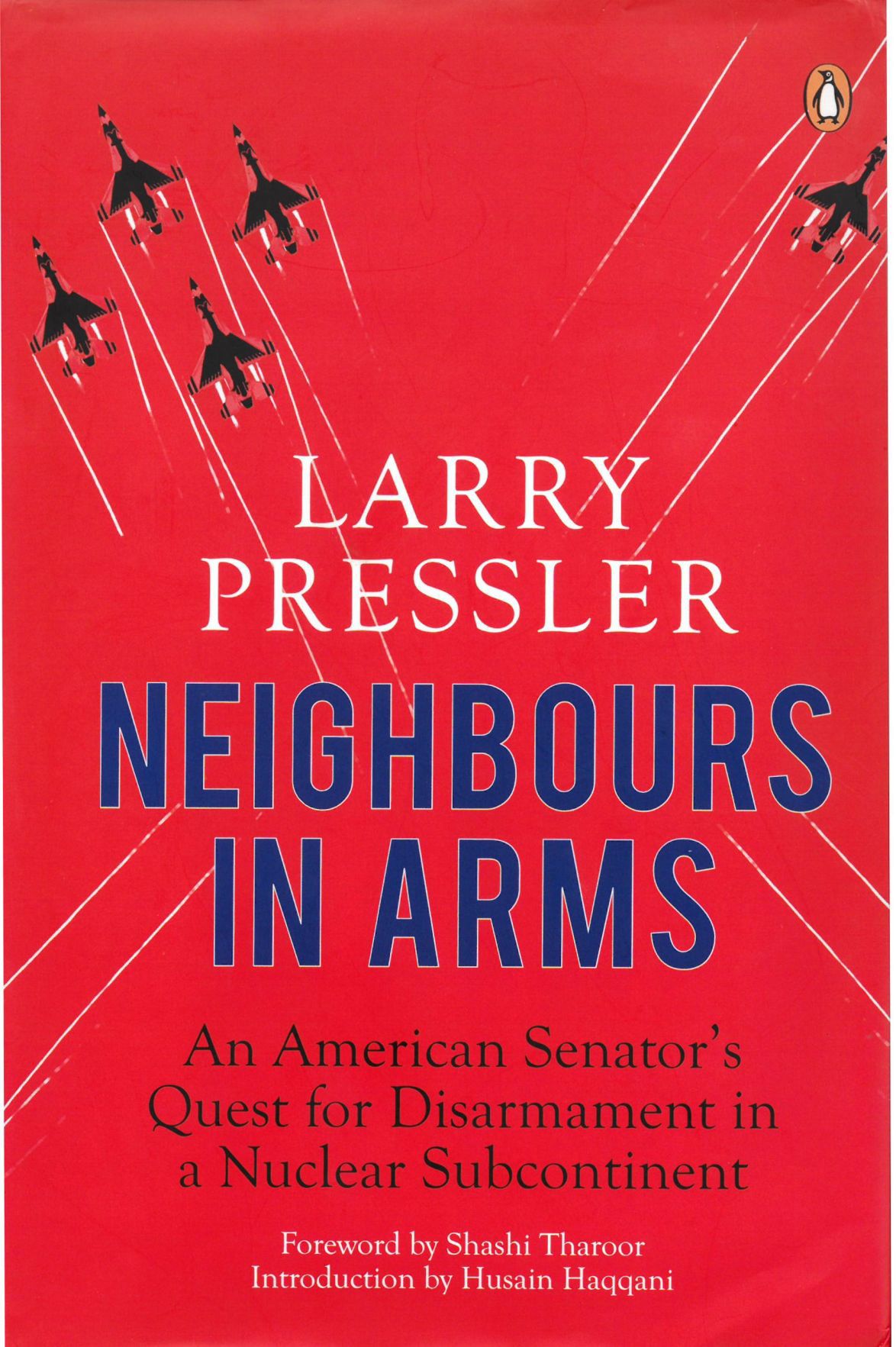 The cover of Larry Pressler's new book, "Neighbours in Arms." 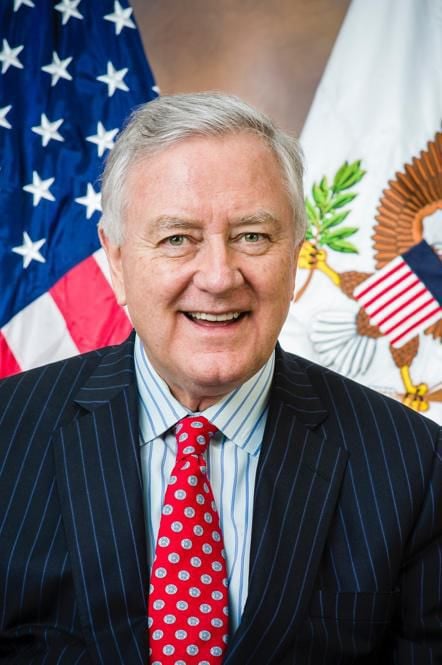