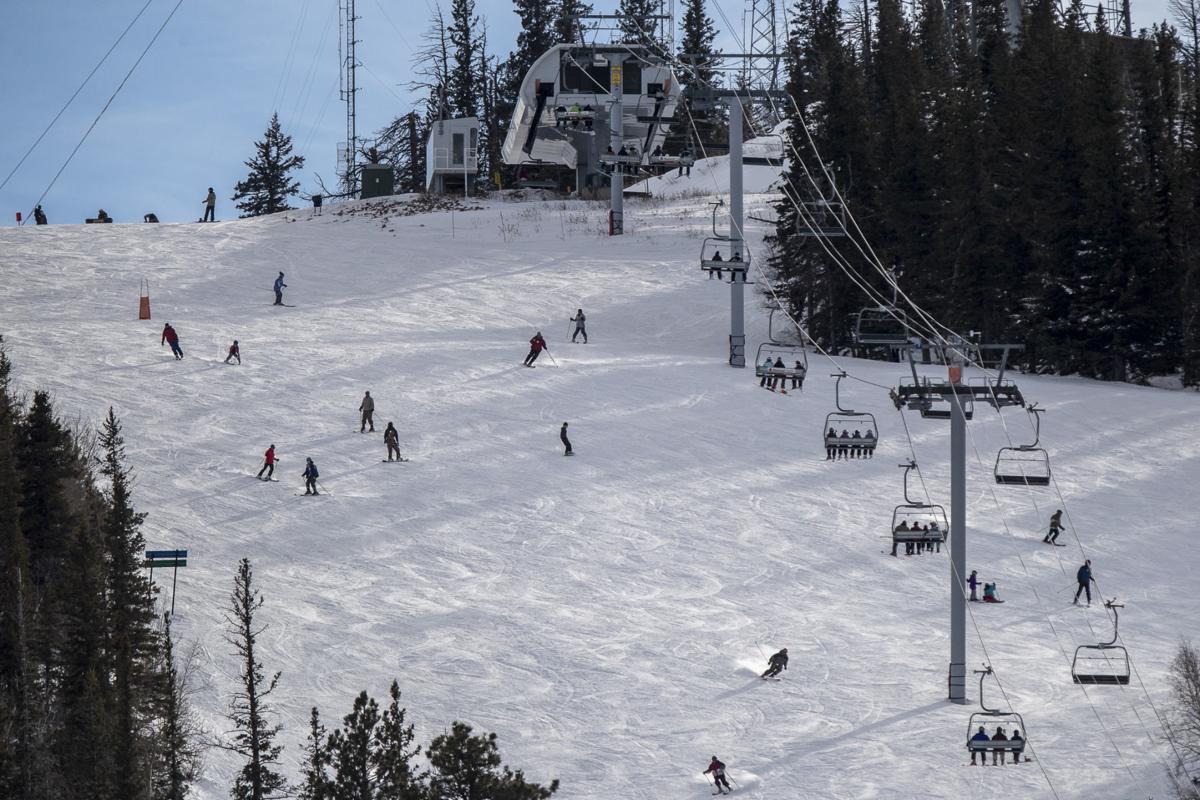 Skiers and snowboarders at the Terry Peak Ski Area near Lead.

LEAD | Trenton Hofer of Brookings was the victim of the skiing accident Saturday at the Terry Peak Ski Area near Lead, the Lawrence County Sheriff's Office said Monday.

According to a sheriff’s office release, the Lawrence County Dispatch Center received a 911 call from the resort at about 3:07 p.m. requesting an ambulance for a man who struck a tree. The caller said resuscitation measures were underway.

Hofer, 24, was pronounced dead at the scene. Witnesses told investigators the accident occurred on the Gold Run.

The Terry Peak website lists the Gold Run as one of six beginner ski trails on the 7,100-foot peak.

According to an obituary published by the Kuhler Funeral Home of Huron, Hofer was born in Huron and raised on the family farm near Hitchcock. He graduated from Hitchcock-Tulare High School in 2014 and earned a degree in agri-business from South Dakota State University in Brookings in 2018.

He was studying to become a minister and working construction and helping on the family farm at the time of his death, according to his obituary.

Funeral services for Hofer are at 10:30 a.m., Wednesday at Bethesda Church in Huron. Burial will be in the Prairie Bible Church Cemetery in rural Carpenter.

"The Terry Peak management and staff send their sincere condolences to the family and friends of this young man," a statement from resort spokeswoman Linda Derosier said.

The fatality occurred on the eve of Terry Peak joining efforts with the National Ski Areas Association's #RideAnotherDay campaign, which encourages skiers and snowboards to slow down and be ready to avoid objects and others at all times, Derosier said.

Skiers and snowboarders at the Terry Peak Ski Area near Lead.