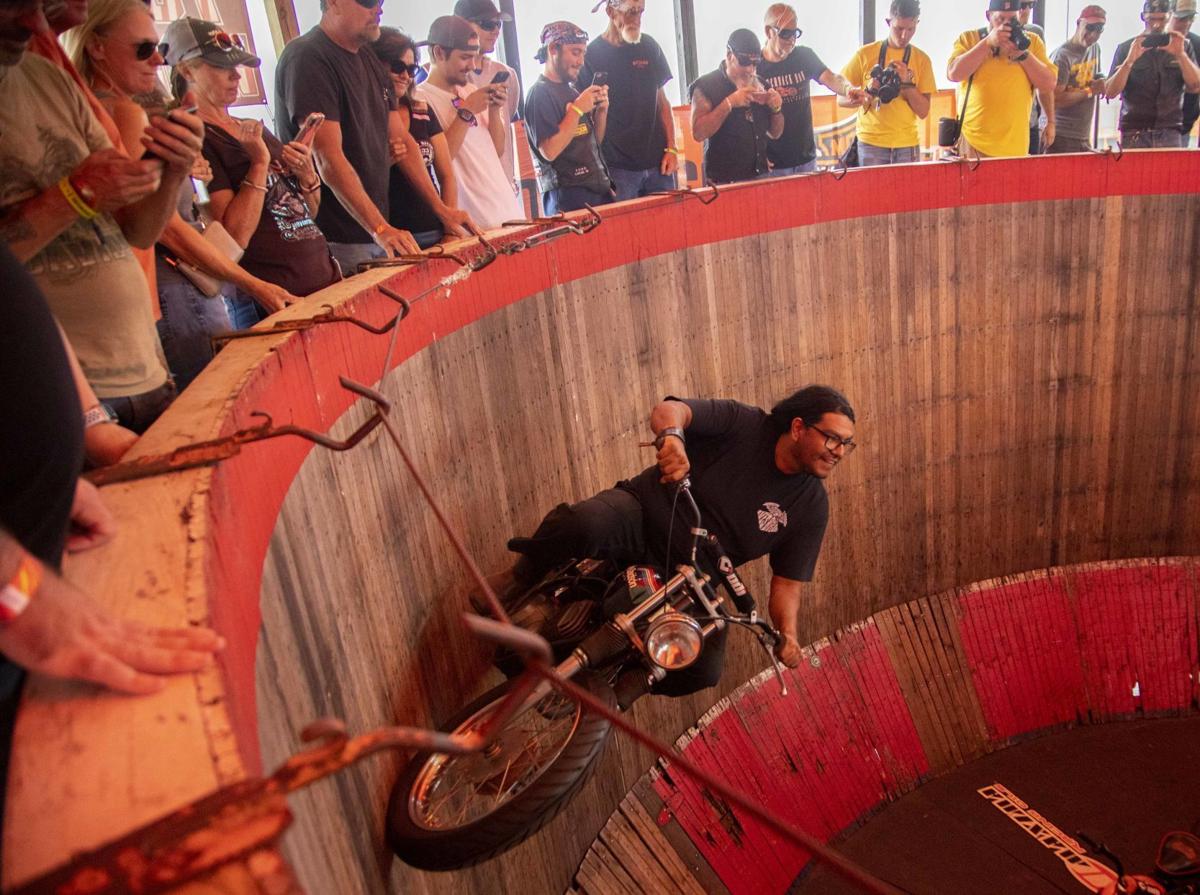 "Kicking Wing" hypes up the crowd in the first rotation on the Wall of Death at the Buffalo Chip. 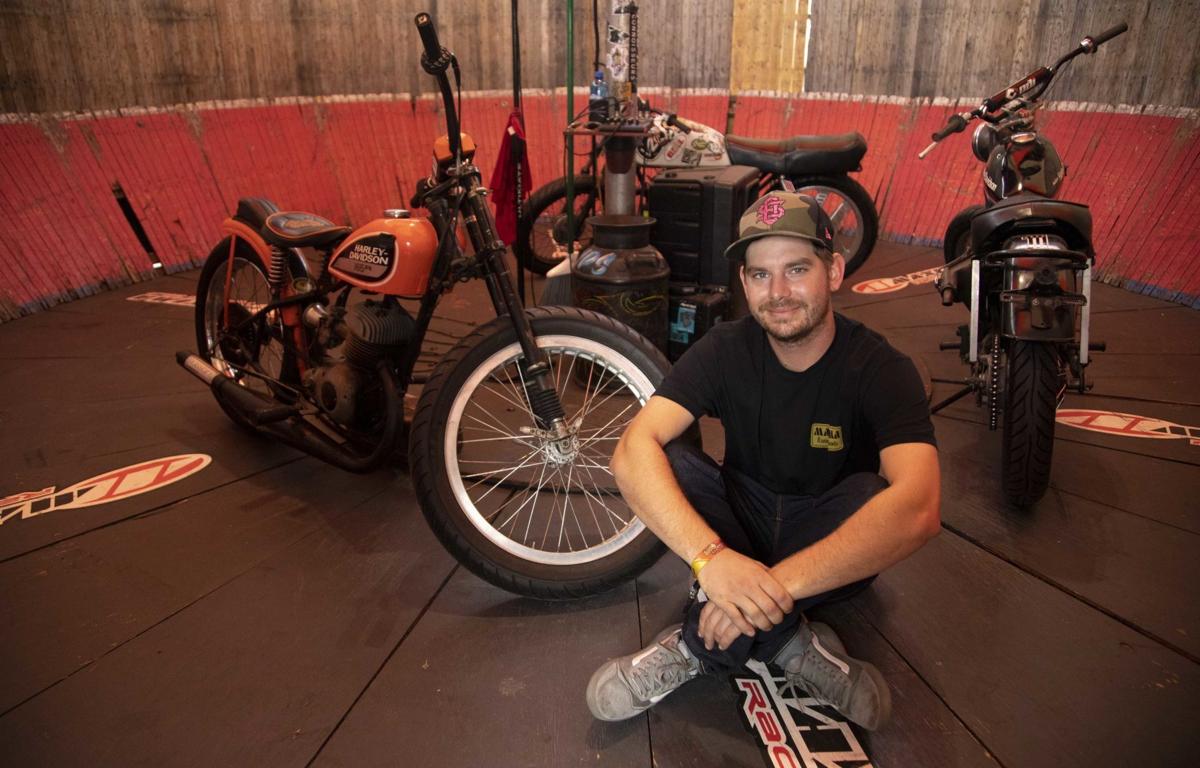 Kyle Ives sits with the motorcycles he, his brother Cody and other performers use in the Wall of Death at the Buffalo Chip. 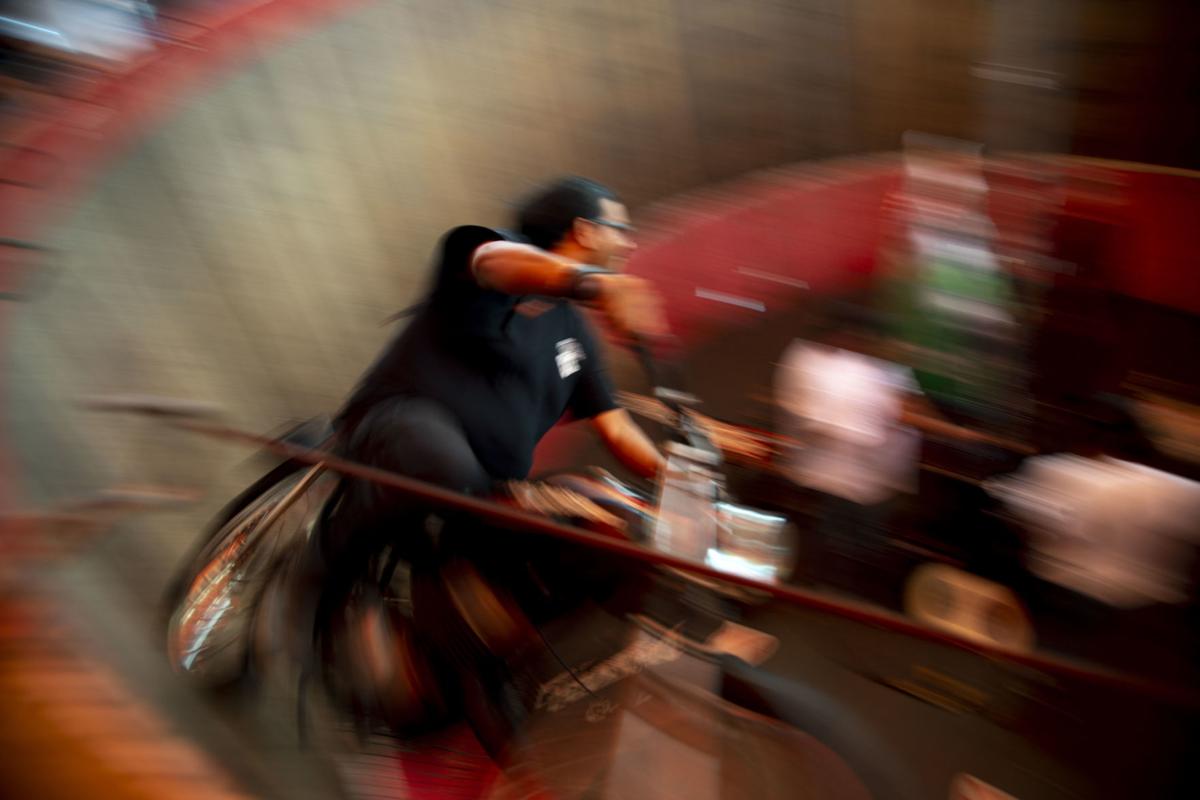 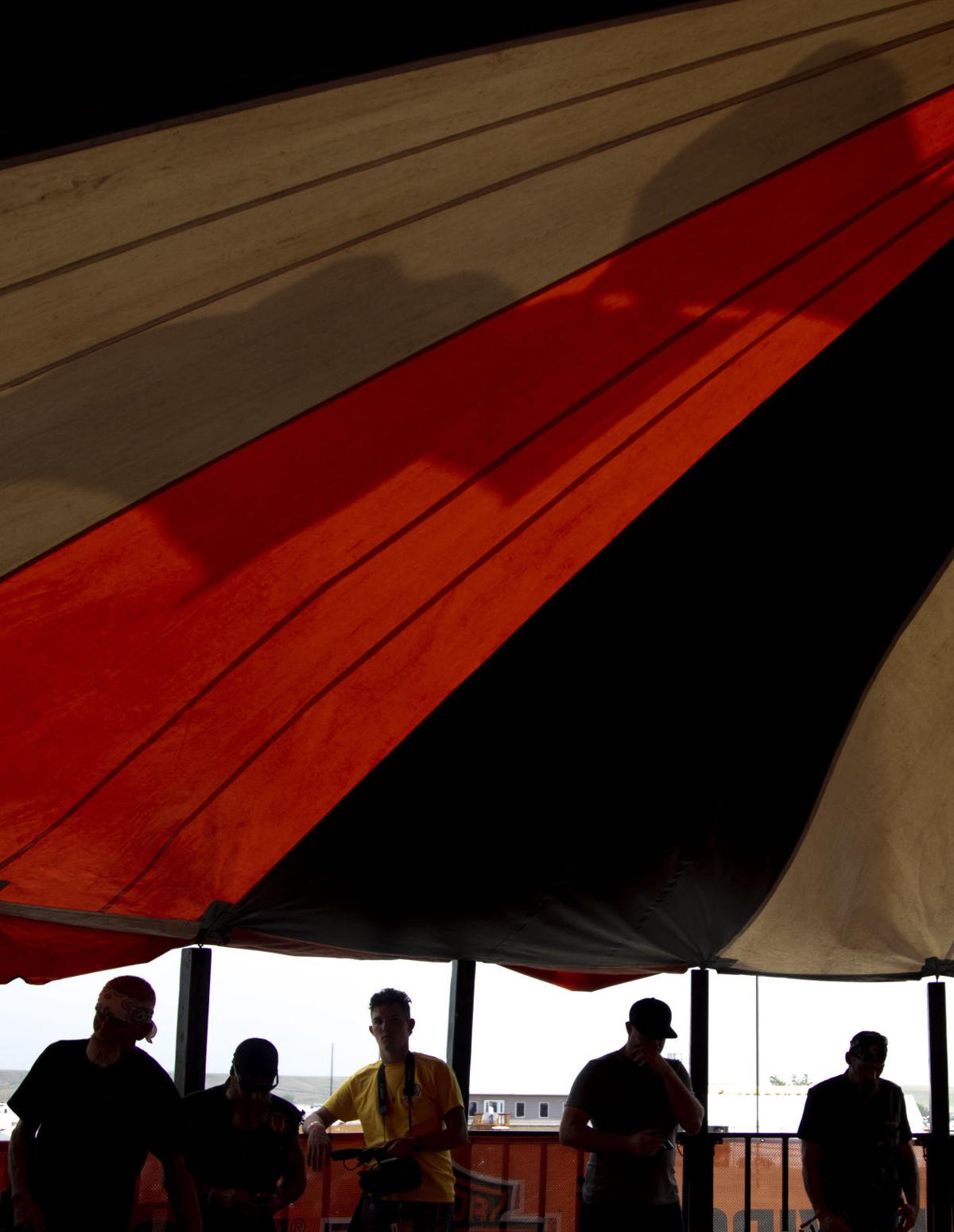 Spectators wait for the Wall of Death stunt performance to begin at the Buffalo Chip. 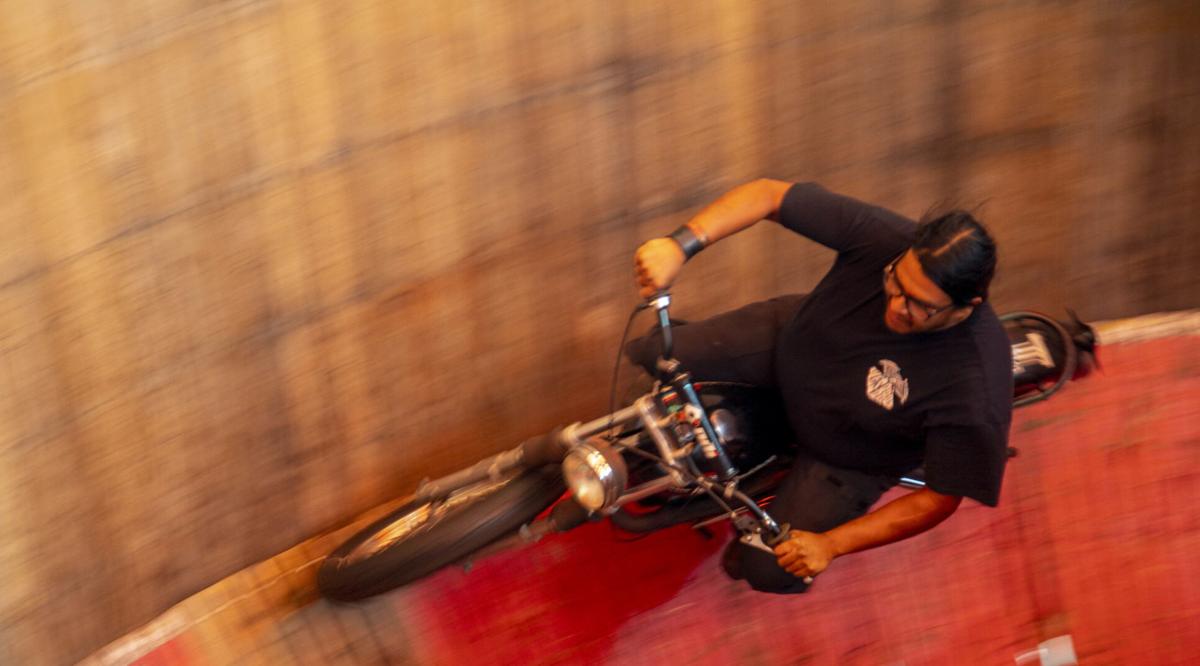 "Kicking Wing" makes his way around the Wall of Death Aug. 6 at the Buffalo Chip.

Old boards rattle and creak as the Harley-Davidson rumbles and climbs a wooden motordome before a horizontal ride at nearly 30 miles per hour.

Kyle Ives said that's as fast as someone can go before they build too much G-force and pass out inside the Wall of Death.

“We’ve gone through all the motions, though,” he said. “Blacking out, losing all your hearing and vision, having to slow down and learning those adjustments. You’re learning what’s right and how it’s supposed to be done, what’s comfortable.”

Kyle and his brother, Cody, have performed stunt shows in the Wall of Death for about 10 years. It's their fifth year at the Buffalo Chip and 18th at the Sturgis Motorcycle Rally.

The Wall of Death is an old carnival-style show. Kyle said his and his brother’s shows differ in that they ride faster, have loud music and invite other riders to perform.

The riders will start on the floor and make their way up a tilted wooden ramp that transitions the floor to the wall. Once at speed, riders perform stunts horizontally with spectators above them offering tips or money for t-shirts. On the floor sits a sound board and emcee.

Kyle said they typically don’t wear any protective gear other than Bell Helmets.

Kyle and Cody began performing when they were in junior high. They learned from their dad, who was a circus performer.

Kyle said the riders always do a shakedown run before performances to make sure everything is where it needs to be and all the materials are tight like they should be. He said they only practice once, which is typically right before a show.

“We’ve just been doing it for so long,” he said.

Kyle said it takes about 18 hours to set up the motordome and five to take it down. He said it took them about a year to figure out a packing routine where they don’t have to touch each panel a handful of times.

“It’s definitely a puzzle to touch stuff once,” he said.

Kyle and the other riders will perform their stunt shows around 2 p.m., 4 p.m. and 6 p.m. through Saturday at the Buffalo Chip’s CrossRoads.

"Kicking Wing" hypes up the crowd in the first rotation on the Wall of Death at the Buffalo Chip.

Kyle Ives sits with the motorcycles he, his brother Cody and other performers use in the Wall of Death at the Buffalo Chip.

Spectators wait for the Wall of Death stunt performance to begin at the Buffalo Chip.

"Kicking Wing" makes his way around the Wall of Death Aug. 6 at the Buffalo Chip.