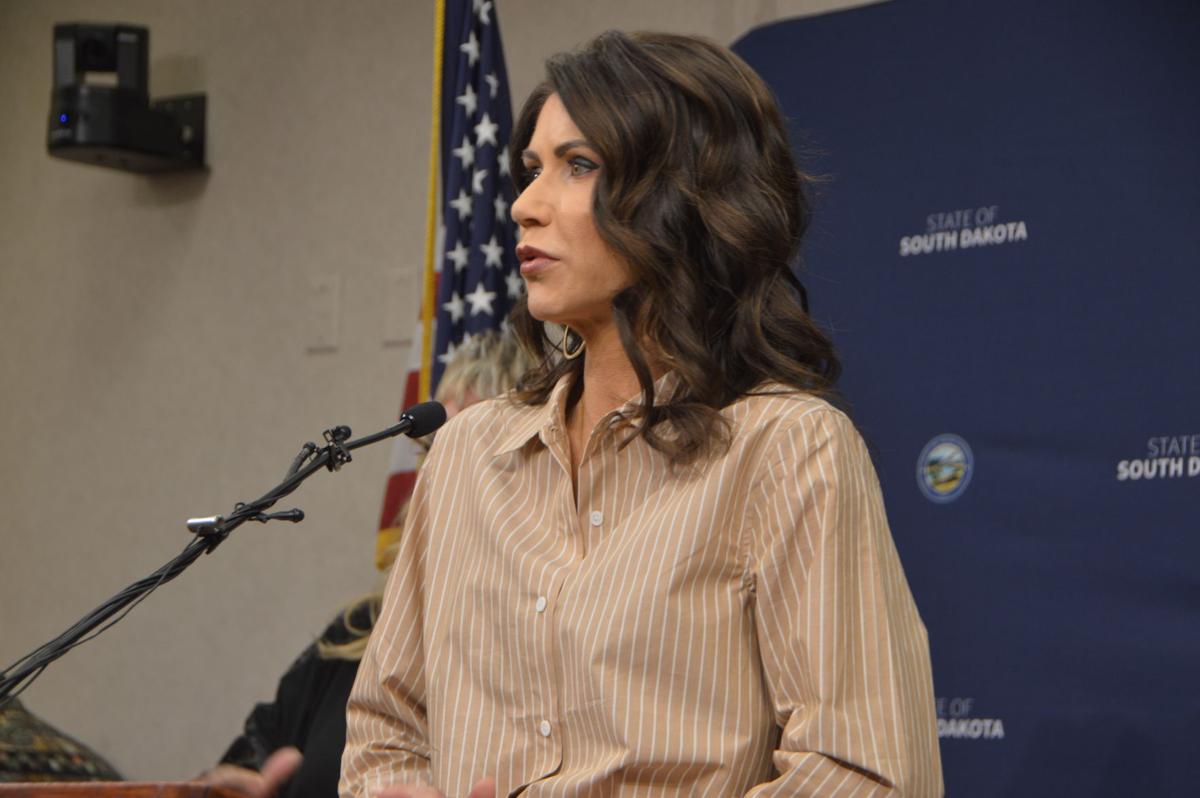 PIERRE | Family members of Gov. Kristi Noem received more than $600,000 in funds from a state grant program pushed by the governor that directed federal coronavirus relief funds to small businesses.

A ranch belonging to Noem's family, Racota Valley Ranch Partnership, received one payment of $500,000, and a business operated by her brothers, Rock and Robb Arnold, received payments of just over $100,000, according to records on the grant program.

The Legislature approved the grant plan in October, but the family businesses benefited from adjustments the Republican governor made. The plan initially capped grants at $100,000, but later in the month, with plentiful federal funds at their disposal, Noem’s administration adjusted the grant cap to $500,000. The governor also later opened up a second round of grant applications to businesses hurt by the pandemic from September to November.

A total of 126 businesses across the state — less than 4% of grant applicants — received grants of $500,000. Some received even more because they applied in both rounds of applications.

Noem — who is becoming a rising force in the GOP as the party tries to identify 2024 presidential candidates — once maintained part-ownership of the ranch, but her office said she no longer does.

“The Governor has no financial interest in Racota Valley and hasn’t for years,” said her spokesman Ian Fury, but he acknowledged the ranch had paid rent for 22 acres of farmland Noem owns. Fury said Noem had rented out the land for $2,200 annually but ended the lease agreement on Jan. 1.

Robb Arnold declined to comment on the grants or share the financial statements cited on the applications. The Bureau of Finance and Management did not immediately respond to a request for more information on their applications.

Fury said grant eligibility was set by the Legislature and was administered by Guidehouse, an independent consultant based in Virginia.

The business grant program was a cornerstone of Noem's plan to spend $1.25 billion in federal coronavirus money. It made grants of up to $500,000 available for businesses that could show a 15% drop in cash flow from the previous year. So far, it has paid out $288 million to businesses that showed they were hurt by the pandemic.

As the program was formed, Noem also asked the state Supreme Court to weigh in on whether lawmakers could benefit, either directly or indirectly, from the program as lawmakers inquired whether they could apply for the grants. Noem's lawyers acknowledged that the windfall of funds was “unprecedented” and that there was a potential conflict of interest in administering the funds.

The Supreme Court ruled that lawmakers were ineligible for the funds, citing a 2001 ruling that found the state constitution kept legislators from financially benefiting, directly or indirectly, from legislation they passed. This wouldn’t apply to the governor, though.

Some business owners also expressed frustration at the pace of the application process last year as an initial deadline passed with fewer than 20% of applicants receiving any money. A list of grant recipients from the Bureau of Finance and Management did not disclose when the businesses tied to Noem's family filed their applications.

Your Two Cents for April 17

Children fleeing violence, drug wars, and poverty caused by the U.S. addiction to drugs and money deserve our compassion. Where is our governo…