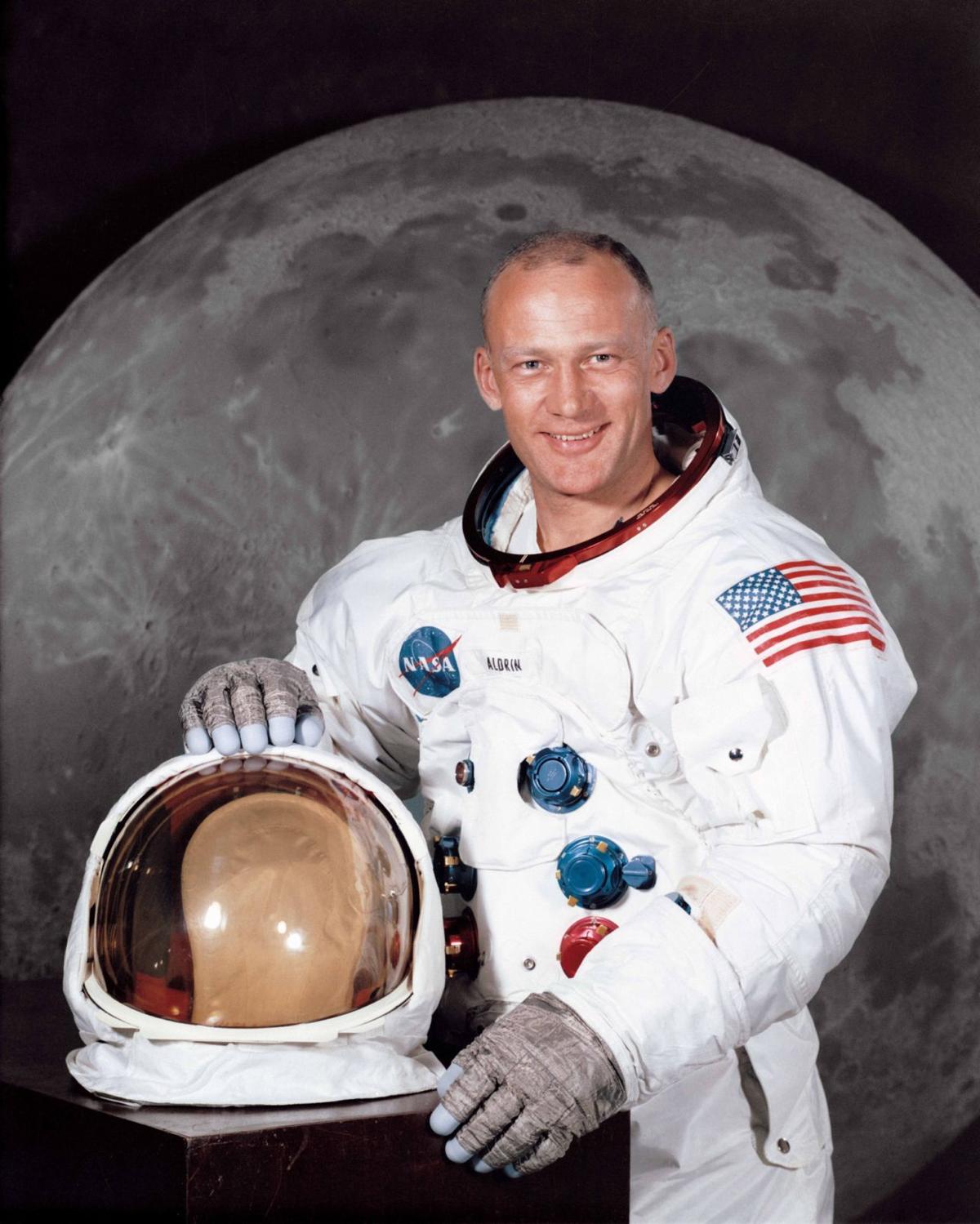 Buzz Aldrin, the second man to walk on the moon, will hold a question and answer session and book signing at Rushmore Mall on Saturday. 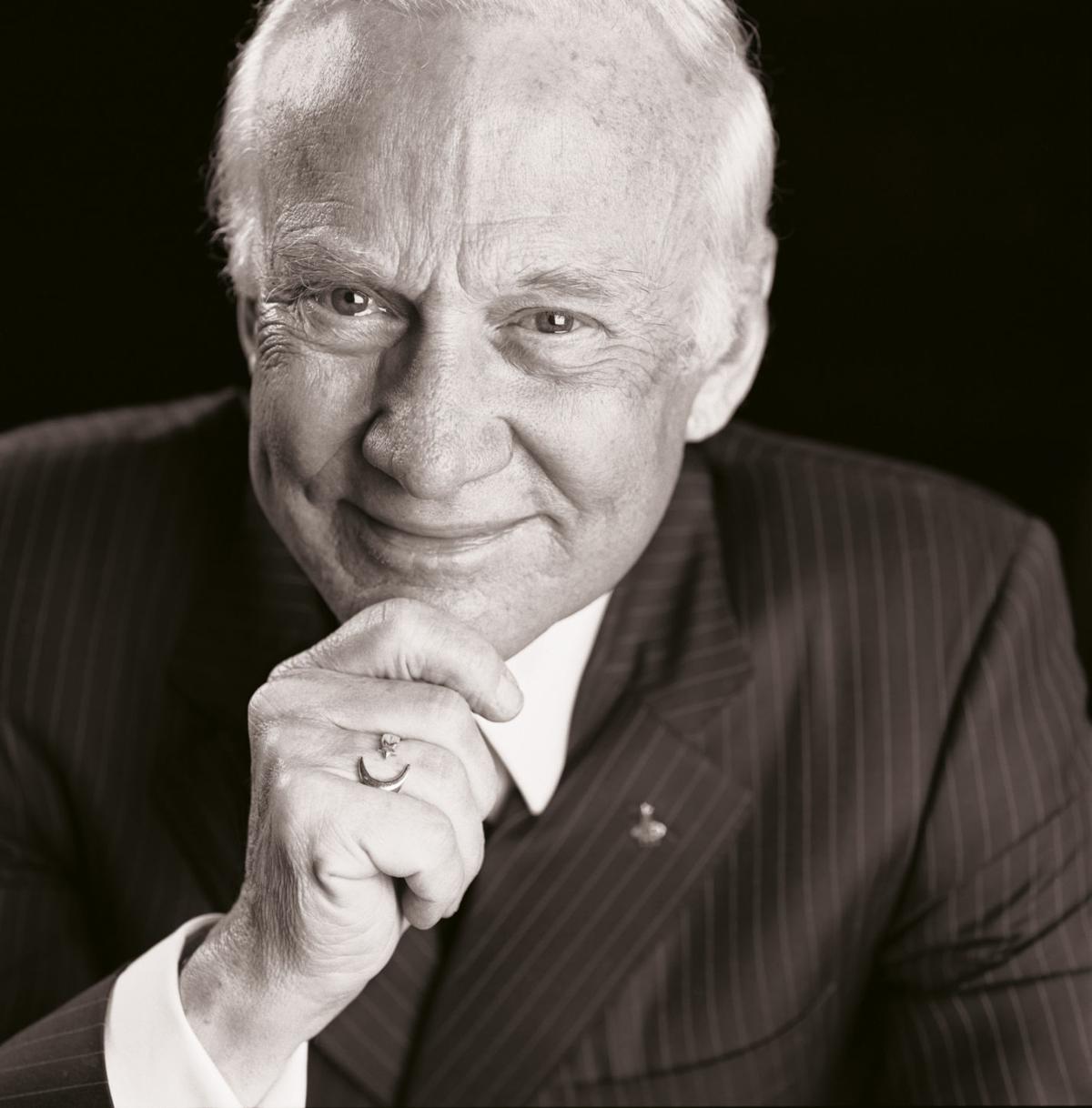 Buzz Aldrin in 2003. Aldrin will be promoting his new book "Mission to Mars: My Vision for Space Exploration."

He's an engineer, a writer, and the second person to walk on the moon, but what still surprises people about Buzz Aldrin is his sense of humor.

"It'll be great to come to South Dakota, since it's the only state I haven't been to yet," Aldrin said. "We'll sell my upcoming book. Actually, we'll sell anything people will buy."

Aldrin and co-author Leonard David will host a question and answer session and a book signing for their new tome "Mission to Mars: My Vision for Space Exploration."

The title, Aldrin says, was changed from the original "Going to Mars" by the publisher.

Since his historic walk on the moon in 1969, Aldrin has remained tireless in his efforts to promote space exploration. In the book, Aldrin advocates and outlines a plan for humans to colonize Mars by the year 2035.

"The idea of going to Mars has been around for a long time, and I shifted my attention to that and away from the moon in 1985," Aldrin said. "It was enhanced somewhat by a science fiction story I wrote in 1995, but made more practical when new missions and objectives were considered during the Obama administration."

Aldrin says that outside-the-box thinking is what will finally take the United States to the next step in space exploration. He refers to ideas of cycling orbits as transportation systems to take a man from Earth to Mars.

"There are lots of things they teach us at MIT about man-orbital rendezvous that was derived from ideas of pilots intercepting enemy aircrafts," Aldrin said. "But in space you've got three-dimensional freedom, so it goes further, and I think that's the method to use."

"And then maybe on the way back they can see about getting my head on Mount Rushmore to join those illustrious Americans," Aldrin said. "Maybe I'll see about that while I'm there."

He added: "Now, that's absurd. But I find that absurdities keep my mind going and teach my brain to think outside the box."

Aldrin says he's also currently working on how to sync up watches and calendars for those going from Mars to Earth for future possibilities of friends visiting or communicating with relatives and mission control.

"I imagine the latter would want to find out how things are going or when life touches down on Mars pretty quickly," Aldrin said.

Aldrin adds that it's more than a matter of moving people in space, as all of the research and exploration benefits people on Earth.

"The technology comes to people, there are greater medical advances," Aldrin said. "Most of all, it inspires education, particularly in America, in science, technology, engineering and math. That's incredibly important."

Aldrin said he will continue to do his part to educate and push for more space travel as long as he could.

"I hope to contribute as much as I can by stimulating sound and transportation concepts," Aldrin said. "And to sustain my personal image of increased activity as an octogenarian."

Paperbacks of the book will be available for purchase on the day of the event, and Aldrin will be happy to sign his name to copies of his children's books "Reaching for the Moon" and "Look to the Stars" for those in attendance (no memorabilia, photos, space related items or other books authored or not authored by him). Photos are allowed during the event.

WHAT: Buzz Aldrin "Mission to Mars" book signing and question and answer session

Painting of Gov. Noem to be auctioned off during rally at Buffalo Chip's Legends Ride

Gov. Kristi Noem will be the special guest at the Buffalo Chip's Legends Ride on Monday, Aug. 9, at the 81st Sturgis Motorcycle Rally.

Your Two Cents for July 23

People of SD are "happy," according to Noem. Well, what about the families of over 2,000 people who died of COVID? Never has she even mentione…

Your Two Cents for July 27

So we have a surplus  of money at the state level. Here’s an idea: give raised to state employees, give property tax relief to seniors, higher…

Buzz Aldrin, the second man to walk on the moon, will hold a question and answer session and book signing at Rushmore Mall on Saturday.

Buzz Aldrin in 2003. Aldrin will be promoting his new book "Mission to Mars: My Vision for Space Exploration."