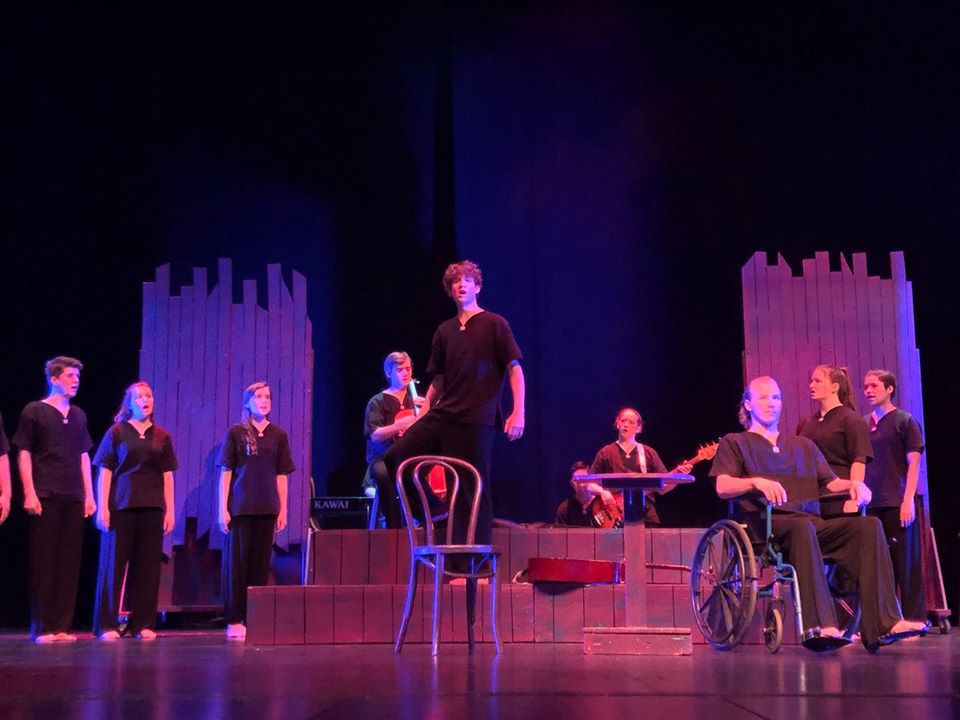 For the 16th straight year, the Rapid City Central drama department received a Superior Show Award at the SDHSAA State One Act Festival for a play that the students and directors created. This year, the group also won a Superior Ensemble Award. 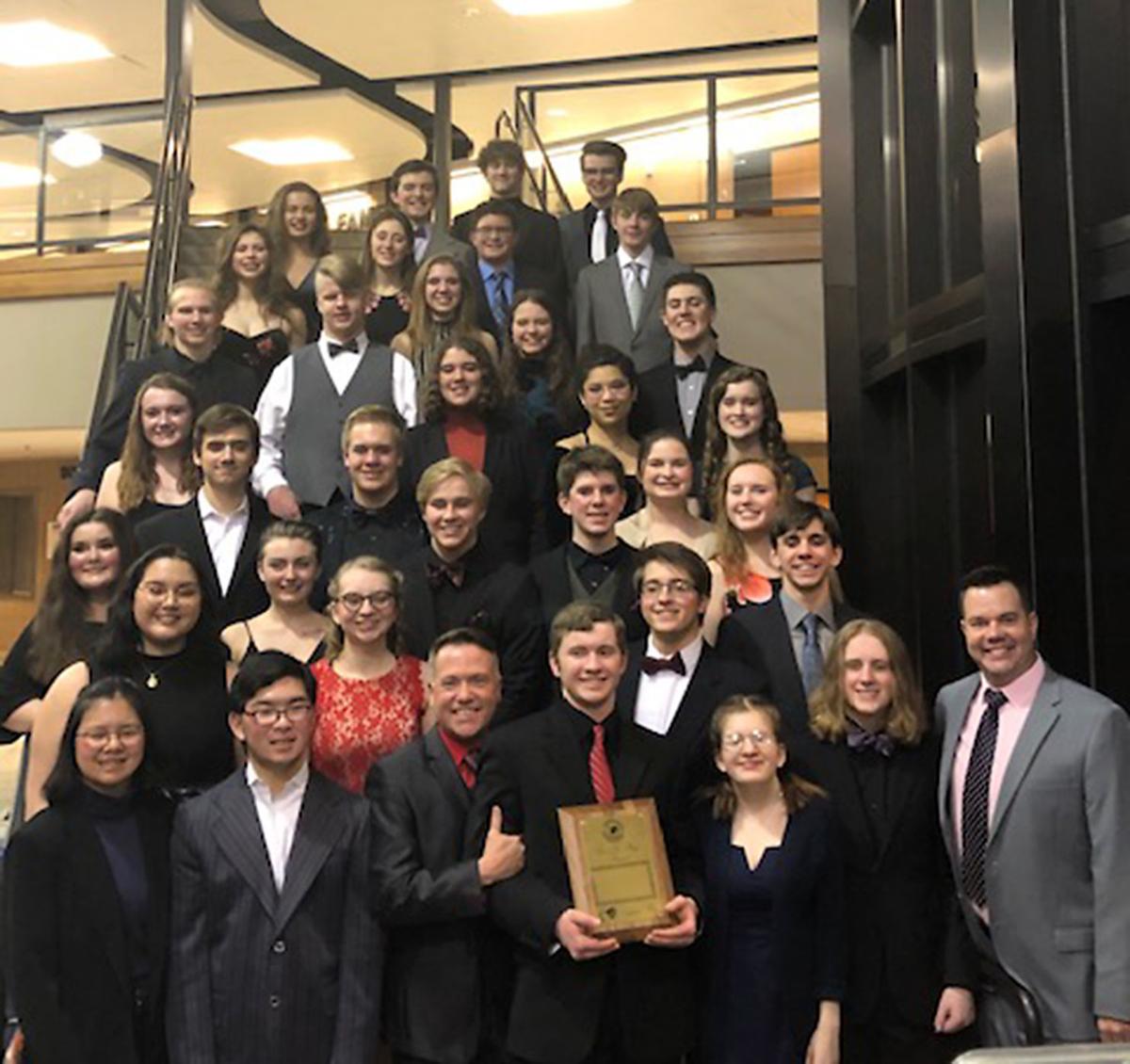 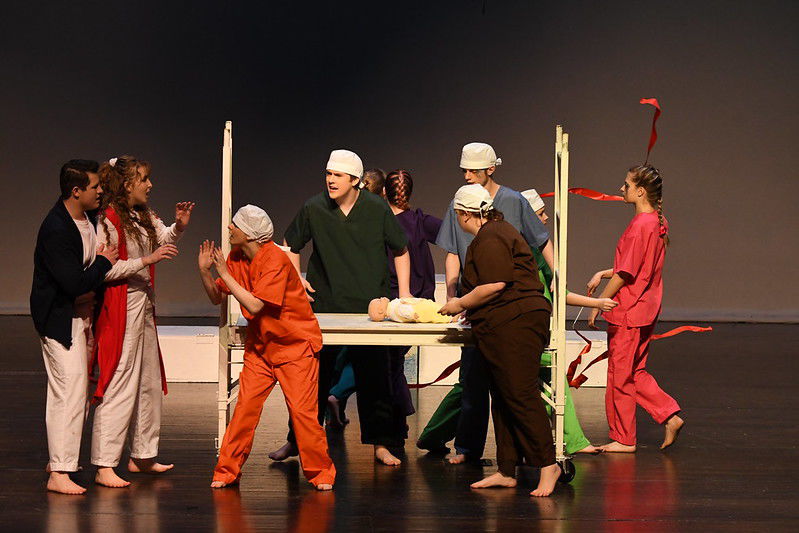 For the 16th consecutive year, Justin Speck and Joey Lore collaborated with their drama department and wrote an original play. After months of rehearsal, the group received its 16th consecutive Superior Play Award at the South Dakota High School Activities Association One Act Play Festival.

Speck and Lore didn't set out to create their own show from scratch 16 years ago. Lore had been in the Language Arts Department for a year when the drama teacher retired. Speck was an alumnus of the Central drama program. After returning from New York City six months after the 9/11 attacks, Speck received a call from Pat Jones, a childhood friend from their time together at Robbinsdale Elementary School, who was the Central principal at the time. He asked Speck to come back and take on the role.

"I had let my license lapse," Speck said. "After we worked out the details, I joined the department."

When the one-act play competition planning began that first year, they hoped to stage a version of "Once Upon a Mattress," but they couldn't get permission to use it in the one-act format so they went to Plan B. Siting in a room with a group of students, they began to brainstorm. One of the big ideas to come out of that original session was to write their own play. After the success of the collaboration with students and the production that first year, they have never returned to scripted plays.

"We have considered it," Lore said. "But when the time comes, we have decided to create our own."

Lore said some years are more difficult than others, but the piece always comes together.

Speck said you have to trust the process.

"You have to put your faith in the process and the kids' creativity," he said. "Sometimes it comes together sooner. Sometimes it is closer to the last minute."

Lore said when they consider changing to a scripted piece, one fact always stands out.

"This was our 16th year," he said. "But for many of these students, it was their first year. We take that fresh energy and it is still exciting to do this original work. It is exhausting. But the infusion of energy you get from the young people replenishes you very quickly."

He said the process begins every year when Speck gets the group together when the writing begins and they go through a process of see, think, and feel.

Speck said they always remind the current students that they need to appreciate the students who have come before and started the legacy that they continue today.

But Central isn't the only theater program in the area that enjoys success.

Kevin Plooster has led the Douglas drama department for 28 years.

In those years, about half of the time the group wins a Superior Show award and the entire cast has won Superior Ensemble many times as well.

"We work really hard even though our school isn't as big as a lot of the AAs," Plooster said. "We are able to achieve success."

This year, his group used a published script.

"I truly enjoy working with high school students," he said. "I like to push them to expand their boundaries to understand the world."

He said drama allows him to do that because it allows students to express themselves in ways that they wouldn't in the classroom. State one acts normally take around 20-22 including the cast and crew. When he first arrived at Douglas they had nine people in theater and now they have between 30 and 50 for shows.

"So much of drama is academically based because you are interpreting literature and expanding horizons on emotions and understanding, because you have to understand the world around you to play the characters and scenes," Plooster said. "It isn't like learning a skill and plays and strategy on a field. We have to focus on physicality, vocalization, memorization and interpretation. There are so many parts to making a scene work."

For the 16th straight year, the Rapid City Central drama department received a Superior Show Award at the SDHSAA State One Act Festival for a play that the students and directors created. This year, the group also won a Superior Ensemble Award.