According to the agenda, two audio recordings will be played at the beginning of the hearing. The first recording will be of a Jan. 6 meeting where Modrick makes a statement to Mayor Steve Allender, alleging Rapid City Regional Airport Board President Darren Haar threatened her during a Dec. 10, 2019, meeting. The second recording is of the Dec. 10 conversation between Modrick and Haar.

The agenda states public comment will be limited to three minutes per speaker. However, the City Council can vote to adjust the amount of time allowed for public comment.

After public comment, the City Council will be allowed to ask questions to city staff, Haar, Modrick or their attorneys.

The agenda states the City Council will then make a motion to resolve the code of conduct complaint by either deciding to take no action, or Modrick could be reprimanded, censured or removed from office.

Any action taken on the code of conduct complaint against Modrick will require a two-thirds vote of the City Council. 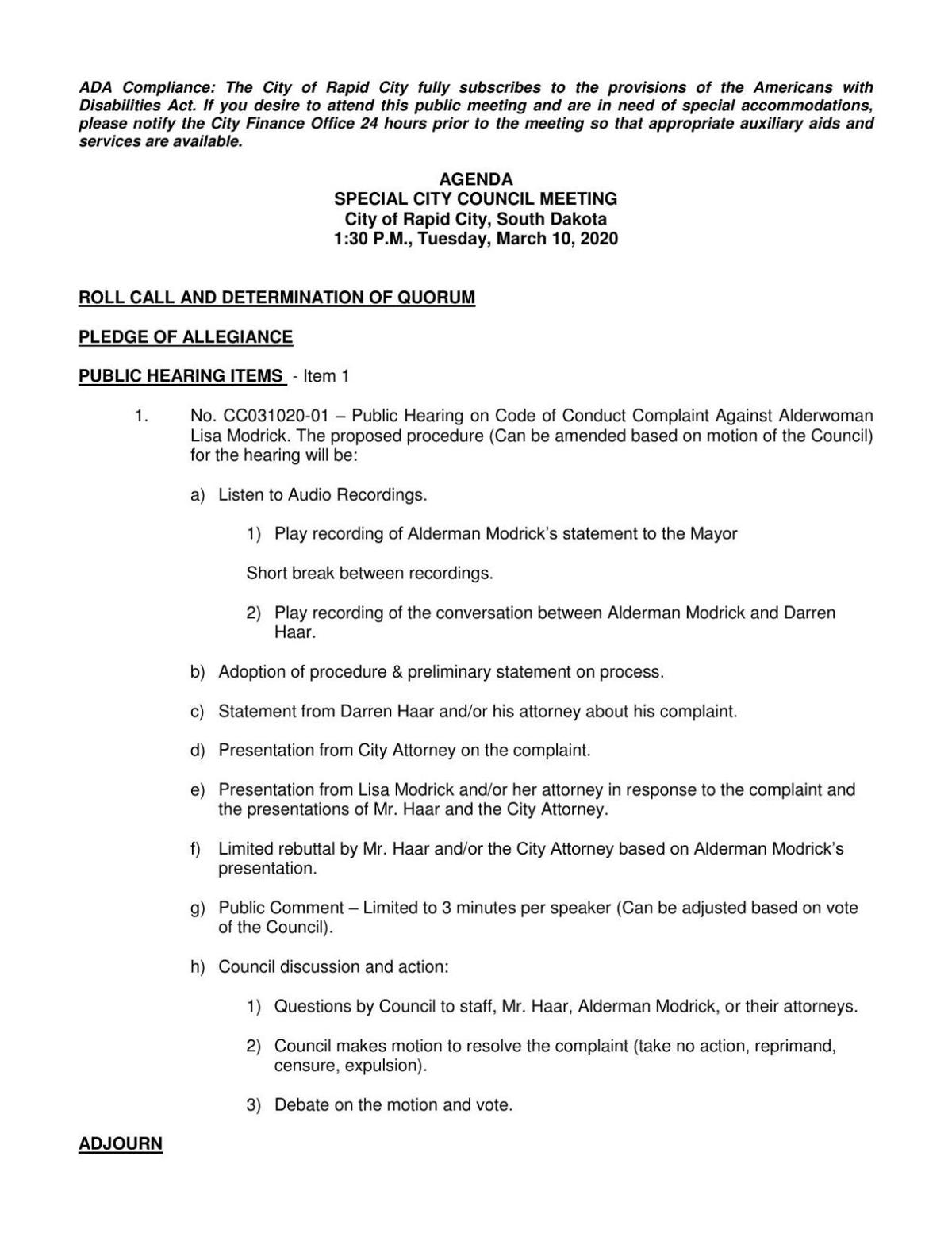 The number of positive tests continued to follow the number of tests completed in South Dakota. After a couple of days with more than 1,000 te…