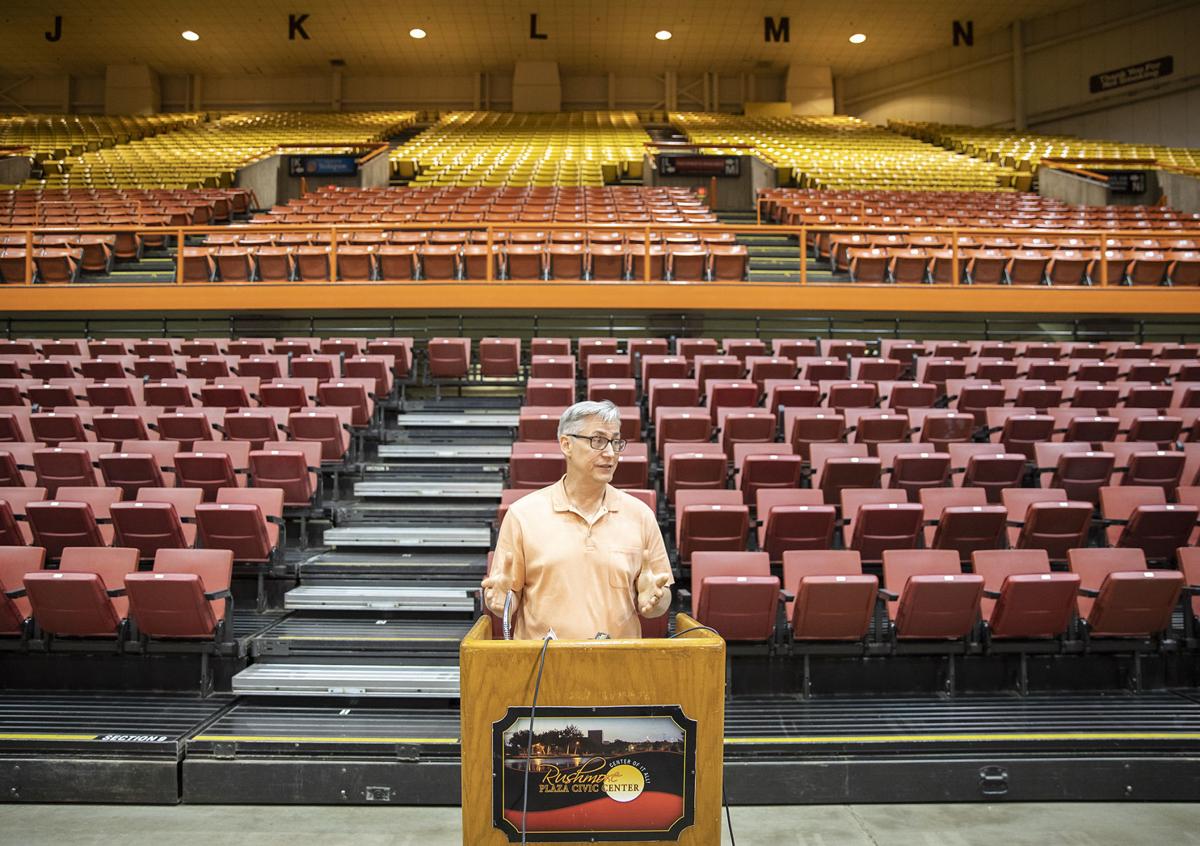 Rushmore Plaza Civic Center Executive Director Craig Baltzer speaks from inside the Barnett Arena about plans for the center's construction of a new arena one day after voters approved a referendum supporting the construction project. 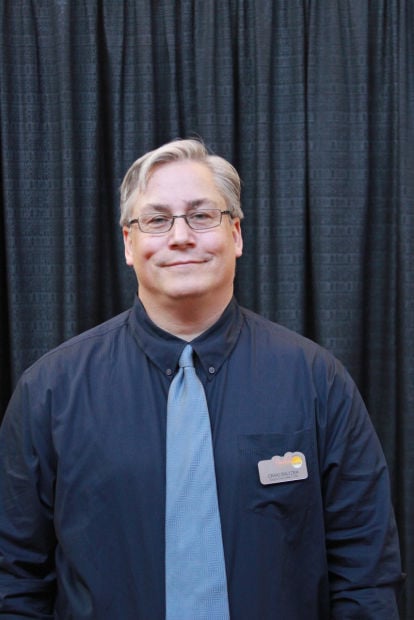 The Rushmore Plaza Civic Center Board voted Wednesday to pay the Rapid City Rush $174,547 to offset the hockey team’s financial losses in November and December.

The payment, which was unanimously approved by the board, represents the final payment the civic center will make to the former Rush ownership group, which included Barry and Luke Peterson, who left the ownership team in January. Jeff Dickerson and T.J. Puchyr of Spire Sports + Entertainment are now part of the ownership team, along with majority owner Scott Mueller.

In exchange for financial help, Rush ownership guaranteed it would negotiate a contract with the ECHL to play three additional seasons — 2018-19, 2019-20, 2020-21 — and that if the team is sold, ownership would make a good faith effort to keep the team in Rapid City. Baltzer also acquired a role in the team’s advisory management, business planning and team operations.

“It’s larger than the last one, certainly, but it’s also going to be the final one,” Baltzer said at Wednesday’s meeting, referencing the previous civic center payment of $73,500 to the Rush in October. Baltzer said he hoped to have a new contract between the civic center and new Rush ownership group finalized by early February.

Baltzer added that he didn’t expect any future financial requests by the new Rush ownership group. The new agreement will be much different than the previous one, he said.

“Our new contract with them is designed to help the Rush when attendance is lower and for us to earn money when the attendance is higher,” he said, noting that the previous agreement did the opposite, hurting the Rush ownership as attendance began to sag over the past few years. “I believe 100 percent that this puts them on the right track to move forward.”

Baltzer gave the board an update on designs for the new arena, saying that the final location and footprint of the arena was pretty well established. The design, architecture and construction manager team was still determining whether it would be best to construct a new, standalone heating and cooling unit to serve the new arena, or to supplement the center’s current system.

Weighing the increased cost of a new system, which could be more energy efficient and save the civic center money in the long run, versus the cheaper short-term option of supplementing its current system, was the main cost-benefit analysis the team was considering. Staying within the $130 million budget is key, Baltzer said.

Baltzer also noted that some of the companies interested in acquiring the naming rights for the new arena will receive a tour of the civic center on Feb. 1, which will be during the annual Blacks Hills Stock Show & Rodeo.

Rushmore Plaza Civic Center Executive Director Craig Baltzer speaks from inside the Barnett Arena about plans for the center's construction of a new arena one day after voters approved a referendum supporting the construction project.