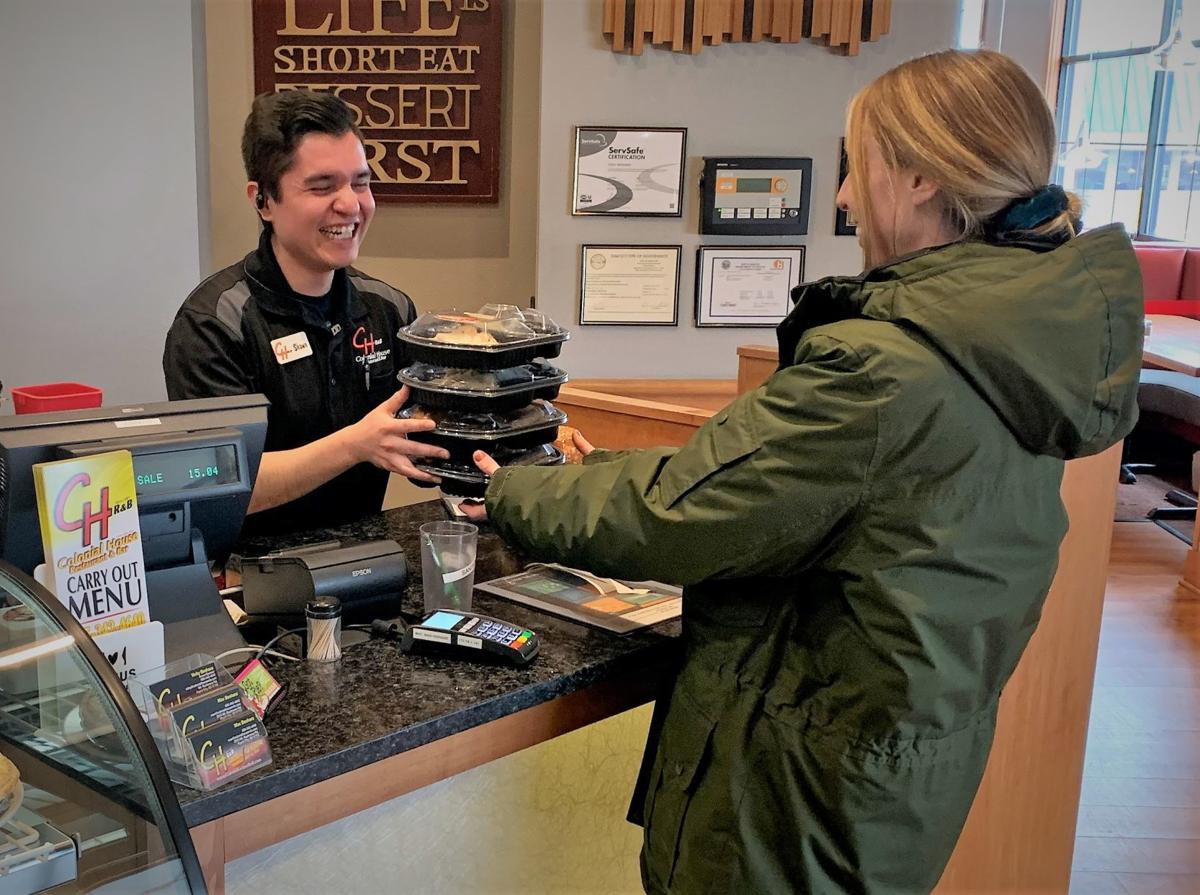 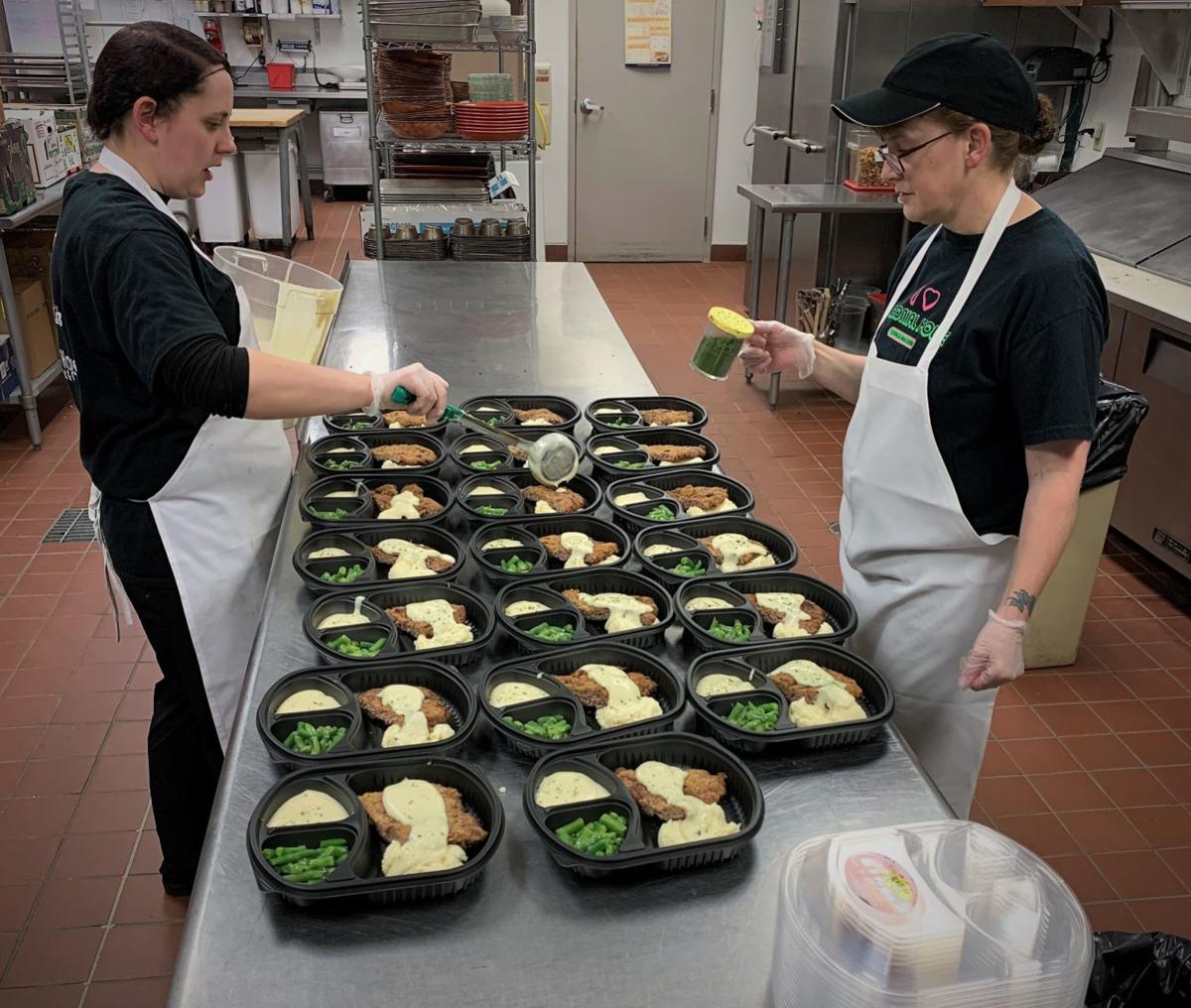 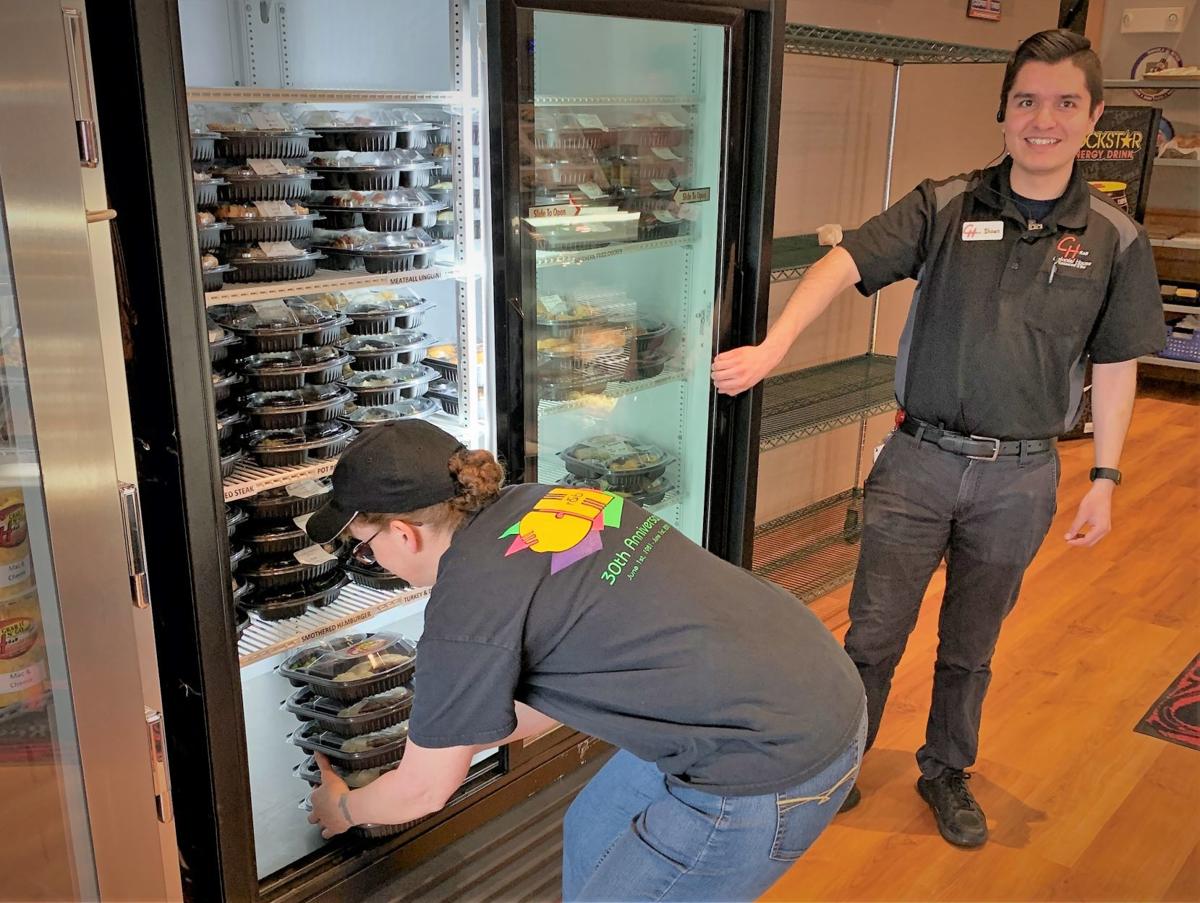 “We’ve shut down our dining room, so take-out, curbside and delivery have become the way to get our food into customers’ hands,” he said.

Like many restaurant owners, Beshara’s full menu is available for pick-up and delivery from 7 a.m. to 7 p.m. from the Mount Rushmore Road restaurant.

Beshara, however, has taken the meals to go concept a step further by reviving a staple from the 1960s — the TV dinner.

Colonial House chefs and staff have repackaged many of Beshara’s favorite lunch and dinner entrees (and a few breakfast items) in a re-heatable container that can be taken home and enjoyed that night or frozen for later.

His first challenge was to find a suitable container allowing the dinners to be reheated. He found a recyclable bowl with a clear lid to replace the traditional foam box used for to-go and “doggy-bag” leftovers.

With so many eateries going to curbside, take-out and delivery, demand for the foam boxes has soared, he said.

Some dishes require the food to be turned midway through reheating, or to have a small amount of water added to steam vegetables.

“Most people know how to run a microwave,” he said.

Since he began selling the TV dinner reboot a couple weeks ago, his lasagna and southern fried chicken entrees have emerged as customer favorites.

“We didn’t cut back on the quality, these are the same items we sell in-house,” he said.

Beshara is also giving back, he said, by providing 50 sack lunches, including a sandwich, fruit, chips, cookie and juice box, daily to the YMCA on Monday through Friday.

A man who allegedly fired a gun during a domestic violence incident was arrested after a 3.5-hour long stand-off at a Piedmont campground on T…