Become a Member
Read Today's E-edition
Share This
Coloring books not just for children; they reduce stress in adults, too
Share this

Bills vs. Patriots: Updates and scores from MNF 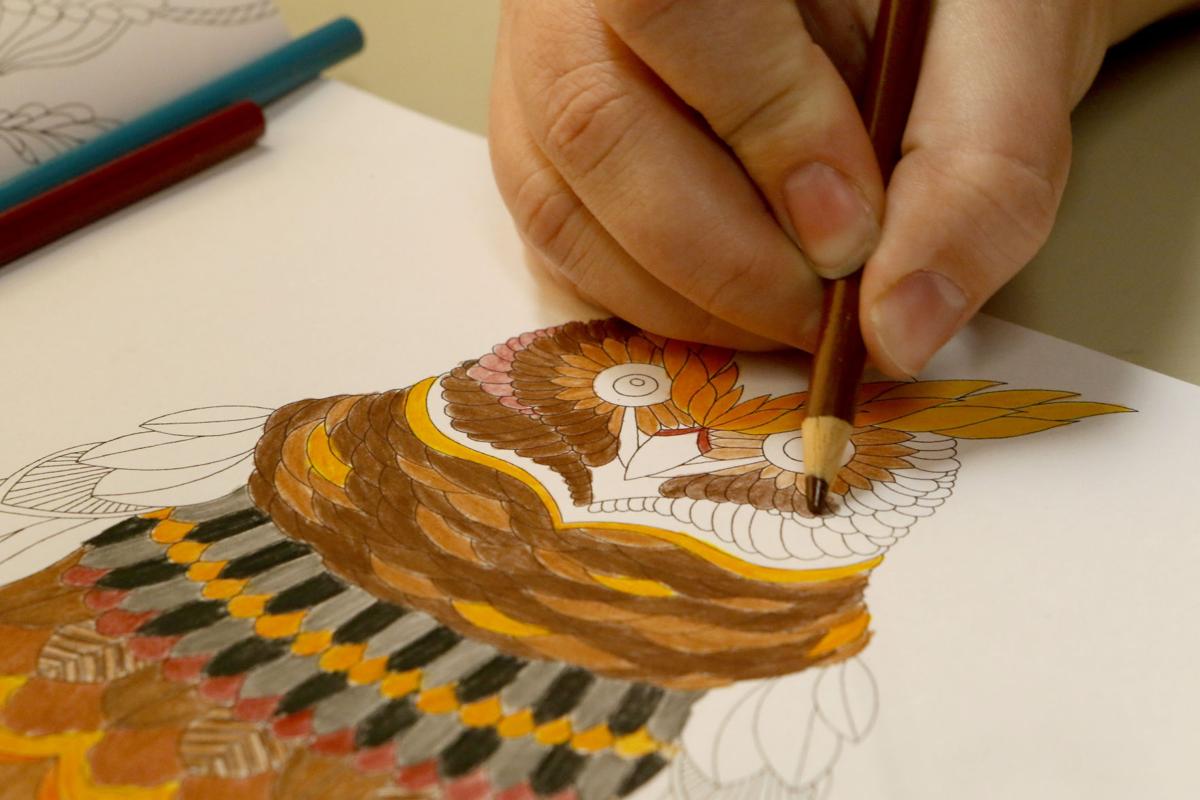 According to Aris Karagiorgakis, an assistant professor of psychology at Black Hills State University, coloring for adults can relieve stress. "There really is some science behind the claim that it does reduce stress," he said. "It calms people, and it’s fun." 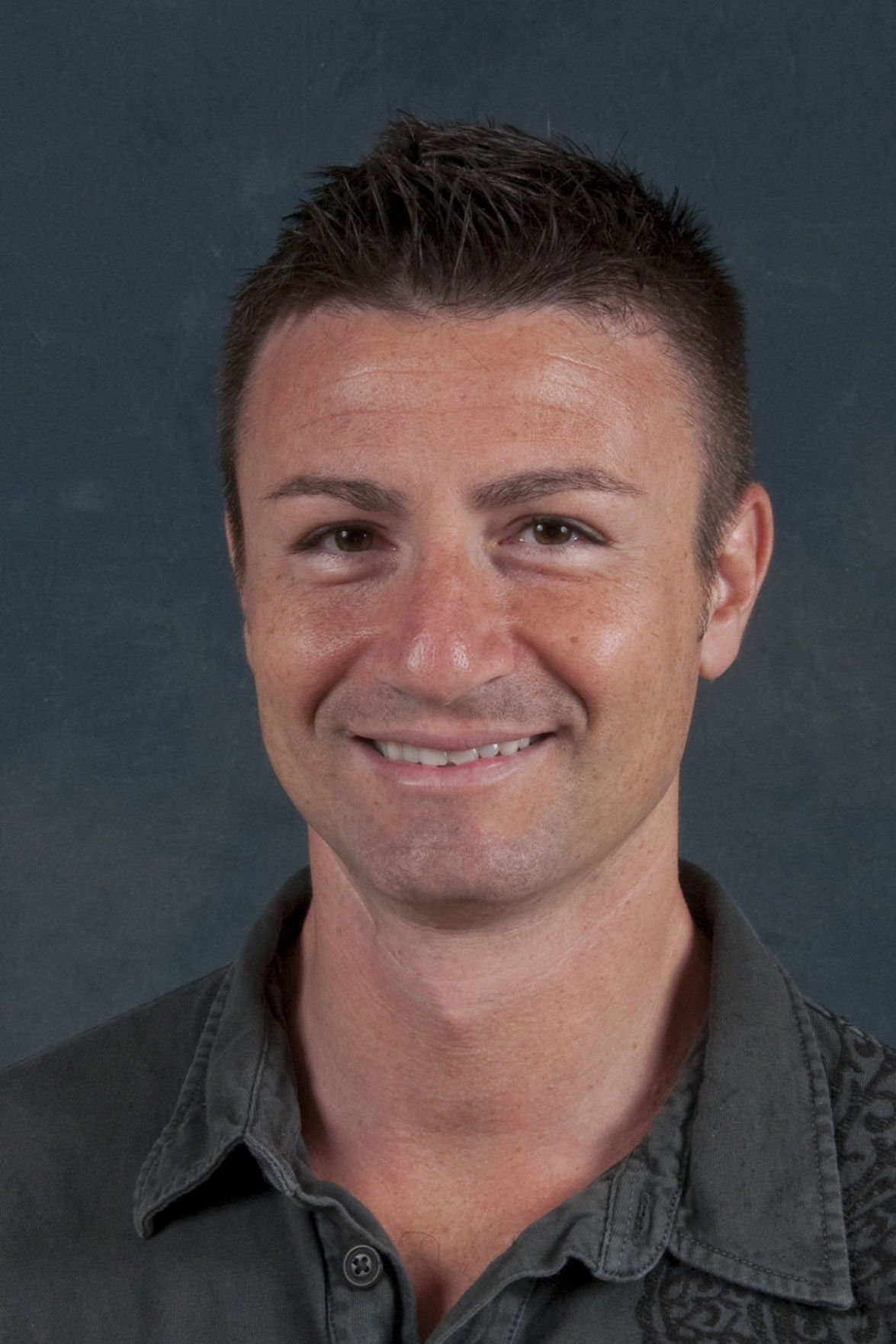 SPEARFISH | Among the latest fads, adult coloring books have found a place of prominence in bookstores nationwide and online sites such as Amazon. So, what’s the allure?

Ask Aris Karagiorgakis, an assistant professor of psychology at Black Hills State University, about the subject and he’ll get nearly as animated as the artwork that students have produced as the result of his research into whether coloring can truly reduce the stress of everyday living.

“Even our store on campus has a stand with adult coloring books,” Karagiorgakis said last week. “It’s a big deal. Amazon has its own section for adult coloring books. Some of the adult books are really adult, even allowing curse words, but there really is some science behind the claim that it does reduce stress. It calms people and it’s fun.”

Karagiorgakis set out nearly three years ago to determine whether the creativity involved in coloring and drawing can reduce psychological and physiological stress. To date, his study groups have involved about 200 BHSU students.

“It’s developed into a monster project that could keep me busy for the next 10 years,” he said. “It’s a type of research where the more questions you answer, the more you have to answer down the line, and the more you learn.”

Subjects involved in the experiments have not been told what researchers are seeking. Tested individually, the students complete a psychological survey, allowing them to report their levels of stress, Karagiorgakis explained. Researchers also drew blood to measure participants' stress via blood-sugar levels, he said.

Participants in the study were then subjected to six minutes of exposure to “arousing images,” including spiders and snakes, blood and crime scenes, and corpses and body parts, Karagiorgakis noted.

“We wanted to stress them out, and through subsequent testing, we found we did,” the professor said with a laugh. “Statistically, the stress levels were very high.”

Half the sample group was then directed to perform a relatively easy 15-minute copying exercise, transposing newspaper articles from the 1920s. Meanwhile, the other half of the group was given colored pencils and directed to draw anything they wanted.

“We asked them to draw whatever they felt comfortable drawing, such as figures, patterns, abstract works, anything,” Karagiorgakis said. “We really wanted them to use some creativity because we suspected that it was not just coloring or drawing, but it was the creativity factor involved.”

“The ones who copied an article were brought back to baseline levels, exactly as we would have expected,” Karagiorgakis said. “The arts people, the people who drew or colored, dropped so low in their stress levels that they were even below the levels when they walked in. It was statistically significant, not a fluke. They were way more relaxed. It was really incredible stuff.”

That “incredible stuff” formed the basis of a scholarly paper Karagiorgakis presented to an international symposium on neurocognitive disorders and stress management in Barcelona, Spain, in November.

“Most people at the conference found it absolutely fascinating — that there is a science behind this,” he said.

And, while Karagiorgakis doesn’t recommend supplanting sound dietary practices and regular exercise in favor of doodling with colored pencils, he is eager to see where the next, more sophisticated studies into the impact creativity has on reducing stress take him.

“We still don’t know what’s causing it,” he said. “It’s a real effect, and it does happen when you color or draw, but why? That’s still a bit of a mystery. There is something in our brain that we find relaxing and soothing about creativity.

“When you consider how busy we all are, how stressed we are, few of us have the money to go to counseling or see a therapist. This might help reduce the acute stress we all experience, and this creative outlet makes you feel better. It’s cheap, it’s accessible and it only takes 10 or 15 minutes.”

According to Aris Karagiorgakis, an assistant professor of psychology at Black Hills State University, coloring for adults can relieve stress. "There really is some science behind the claim that it does reduce stress," he said. "It calms people, and it’s fun."