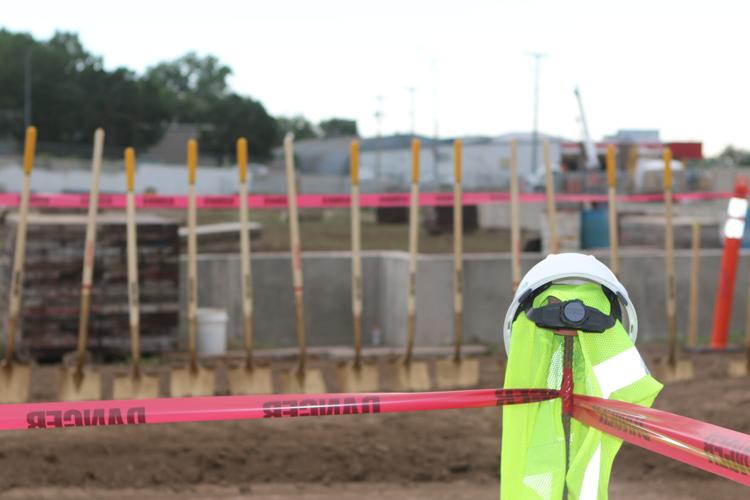 Gold-bladed shovels line the dirt of the site of a 42-unit affordable housing site for a groundbreaking Wednesday afternoon in Rapid City. 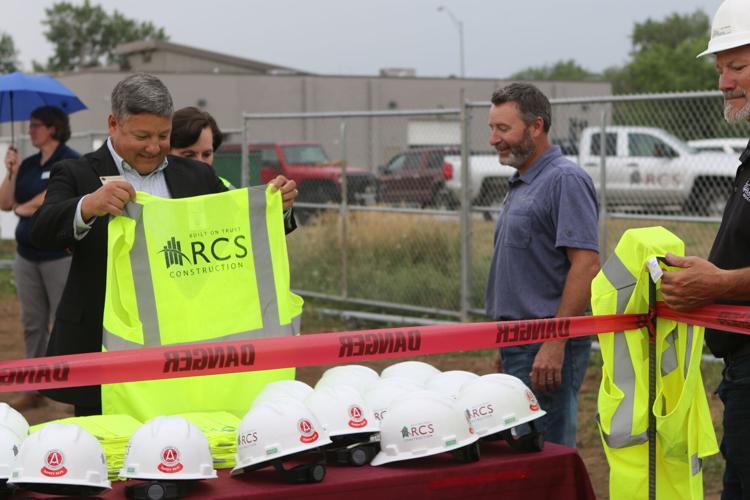 Alan Solano, president/CEO of the John T. Vucurevich Foundation, suits up for the groundbreaking of a 42-unit affordable housing apartment building in Rapid City Wednesday afternoon. 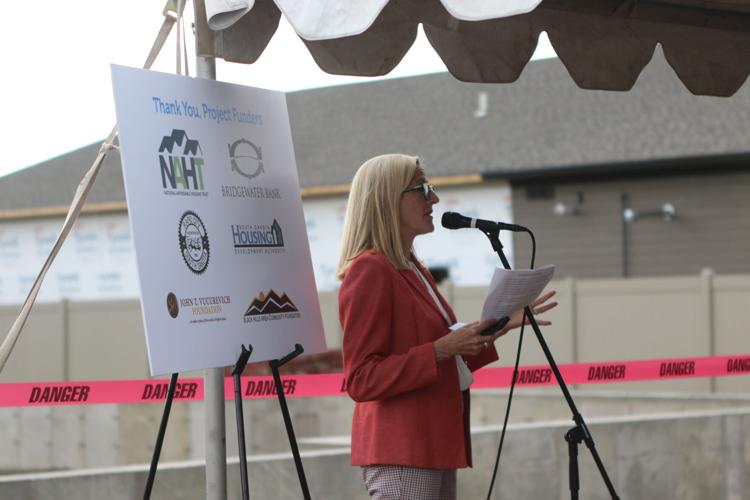 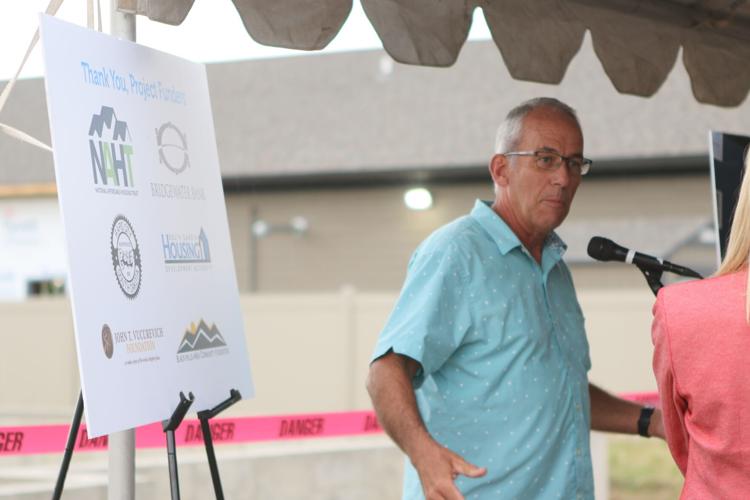 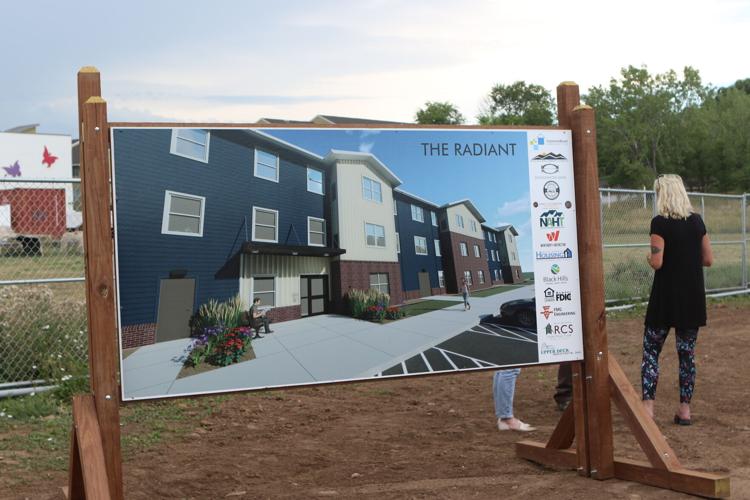 An artistic rendering shows the 42-unit complex that will be built on Racine Street, near the intersection of Omaha and Lacrosse streets in Rapid City.

Golden shovel blades and a sprinkle of rain christened the ground of a 42-unit affordable housing site in Rapid City Wednesday afternoon at a groundbreaking for The Radiant, CommonBond Communities’ first project in Rapid City.

The project is being built on Racine Street, near the intersection of Omaha and Lacrosse streets.

Three years later, the groundbreaking is a "culmination of many, many years," said CommonBond President/CEO Deidre Schmidt.

“I’ve had years on the board and I’ve never seen a community — and I’m talking from the bottom of my heart — that have done such an amazing job as you have today," Schmidt said.

Schmidt said the project is a prime example of public private partnership, recognizing their staff, public entities and elected officials. She referenced her first trip to Rapid City in 2018 to talk about affordable housing, and an 11-year-old who sat in the front row, took notes and asked “incredible questions.”

“This was the first sign I had that this community was fundamentally different,” she said.

Schmidt said the commitment and collaboration she’s seen in Rapid City has been something she’s never seen before.

One of CommonBond’s goals, Schmidt said, was to bring federal resources that come through the state agency to West River.

“And so you're not only making a difference with resources right here locally generated, but you're leveraging them many times over and you're attracting money that wouldn't have necessarily come to this community otherwise,” she said.

Solano recalled a housing meeting as far back as 2014, talking about the need for affordable housing in the community. The work has continued on from that point, he said, culminating at Wednesday’s groundbreaking.

The community is going to learn a lot, he said, and the project will provide an opportunity for other developers and property managers to look at, and explore, ways to integrate the same concept.

Lorraine Pollock, executive director of the South Dakota Housing Development Authority, said the project was not only a new partnership with CommonBond, and new units for Rapid City, but also for families.

“We're excited for the opportunity that they will have, because we all have decent, affordable housing, but it's the services that you are bringing that are going to make a huge difference in their lives and that gives them a great opportunity to reach their goals and become the citizens of the community that they want to be,” she said.

Mayor Steve Allender said there’s a time for talking and a time for doing, “and we’ve spent a lot of time talking.” He said they've used the term “affordable housing” improperly, and as a tool to manipulate, with few examples of true affordable housing.

He referenced people living in their cars, and the people who keep the city running, that the 42 units will be a "exceptional blessing" to. Housing is a "major issue," he said, that cannot be ignored.

This is not the finish line, Solano said. “This is just the starting point. We have a lot of work to do.”

“We look forward to being back in a year to actually walk through the units and see them and the new families that are living there,” Schmidt said.

Gold-bladed shovels line the dirt of the site of a 42-unit affordable housing site for a groundbreaking Wednesday afternoon in Rapid City.

Alan Solano, president/CEO of the John T. Vucurevich Foundation, suits up for the groundbreaking of a 42-unit affordable housing apartment building in Rapid City Wednesday afternoon.

An artistic rendering shows the 42-unit complex that will be built on Racine Street, near the intersection of Omaha and Lacrosse streets in Rapid City.