Student fired at officers at Tennessee school, was killed

The Black Hills Passion Play
Share this
{{featured_button_text}}
1 of 2 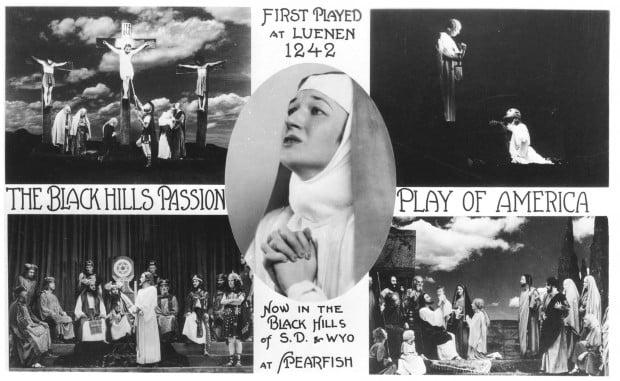 Performances of the Black Hills Passion Play were regular every season until it was sold after the last performance in 2008. 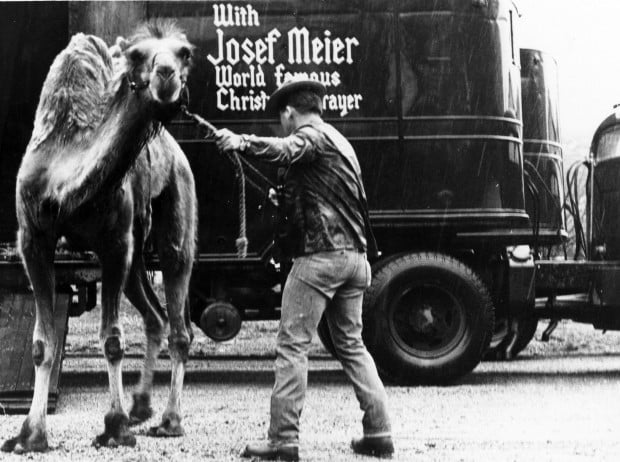 Real animals like this camel were used in the performances at the Black Hills Passion Play.

Millions of people made a pilgrimage to the Black Hills to see a reenactment of the last days of Christ.

The Black Hills Passion Play was a community staple in Spearfish for almost 70 years. The passion refers to the suffering, death and resurrection in the final week of Jesus’ life.

Josef Meier was 24 when he arrived in New York from Germany in 1932 with a company of actors and the dream of keeping the tradition of the Passion Play alive.

Passion plays originated in Europe during the Middle Ages as a way of teaching the populace, who could neither read nor write, about Christianity. In Luenen, Germany, where Meier grew up, the tradition of presenting an annual Lenten season play was said to date back to 1242. Monks originally presented the play for townspeople, but as the years passed, community members took over parts played by clergy. Six members of Meier’s family portrayed the Christus (German for Christ) before he took the lead role. As Adolph Hitler began consolidating his power, a small theater group left Germany to tour America in hope of keeping the play alive.

Meier and his small company traveled throughout the United States, giving performances wherever they could find an audience and developing a strong reputation. Meier let it be known that he was seeking a permanent home for the Passion Play. A committee representing nearly every community in the Black Hills contacted Meier, urging him to visit that spot of beauty in western South Dakota. When Meier visited a location on the west edge of Spearfish that offered an excellent natural amphitheater with mountain scenery as a backdrop, Meier realized that the Passion Play had found its home.

A set was built and seating for 6,000 was constructed on a hillside. More than 14,000 people attended the premiere season in 1939.

With Lookout Mountain as a backdrop, the play’s two-and-a-half-block long stage transported audiences back to the days of Christ. The 22 scenes from Jesus making his triumphant entry into Jerusalem to the resurrection were presented without interruption. All the characters and animals of ancient Jerusalem were there: donkeys, sheep, camels, doves, Roman soldiers on horses, water girls, temple girls, priests, merchants, citizens, shepherd boys and more.

For many attending, the Bible was no longer only words; it became flesh.

Except for a few professional actors and technical staff members, children, teens and adults from churches all over the Spearfish area volunteered at the production. Parents brought their children to see the Passion Play, and those children grew up to bring their own children to see it. The play was performed two to three times a week during the summer in Spearfish. The troupe toured the country beginning each fall during the Passion Play’s early years, and then had a winter home in Lake Wales, Fla., from 1953 to 1998.

Meier’s name became synonymous with the Passion Play. He and his wife, Clare, were a theatrical couple of formidable talents. He was producer, director and star, while Clare was his costar and wardrobe designer.

The Meiers’ only child, Johanna, made her debut in the Black Hills Passion Play when she was five weeks old. When she married Guido Della Vecchia, he was welcomed into the family business. He eventually played Pontius Pilate. Johanna and Guido assumed management of the Black Hills Passion Play in 1991. Guido died on March 13, 2013, at Rapid City Regional Hospital of complications from pneumonia.

Performances of the Black Hills Passion Play were regular every season until it was sold after the last performance in 2008.

Real animals like this camel were used in the performances at the Black Hills Passion Play.