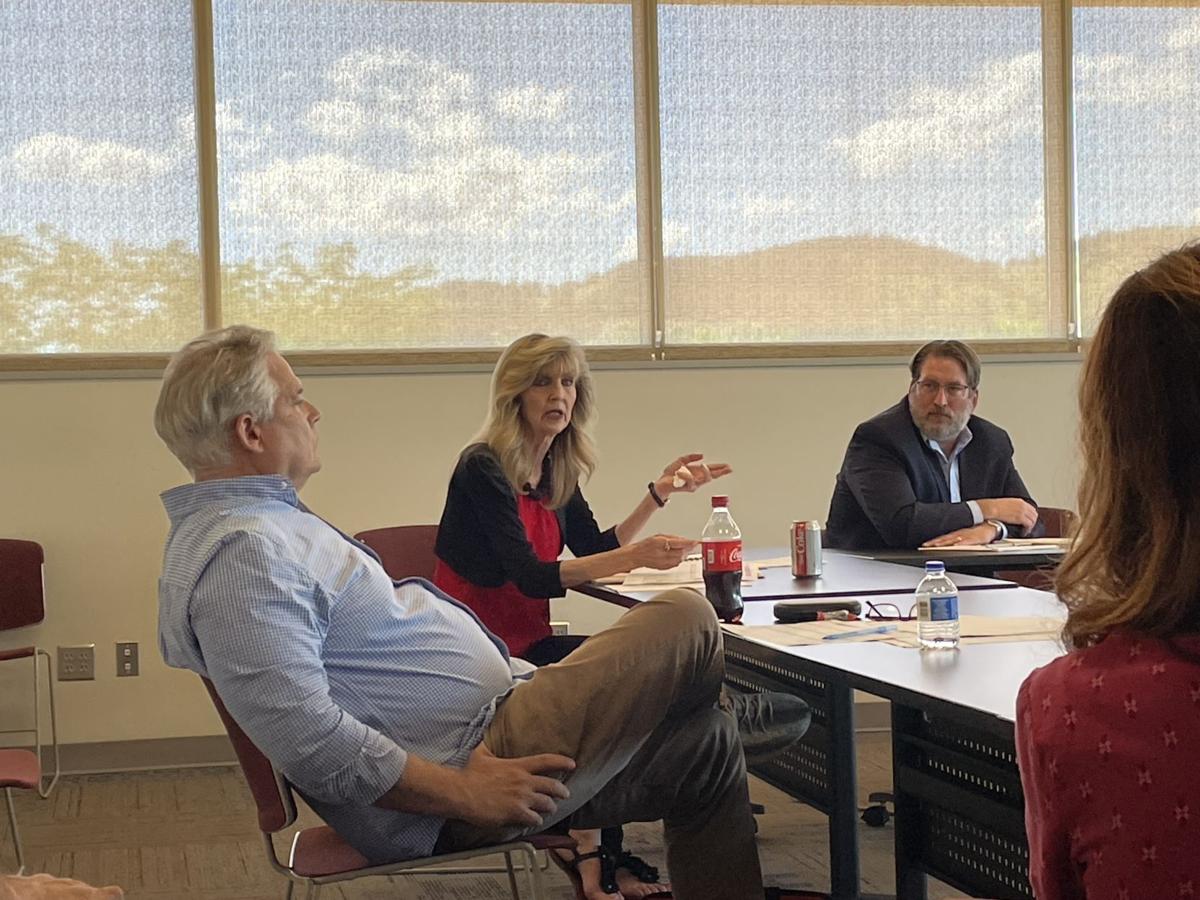 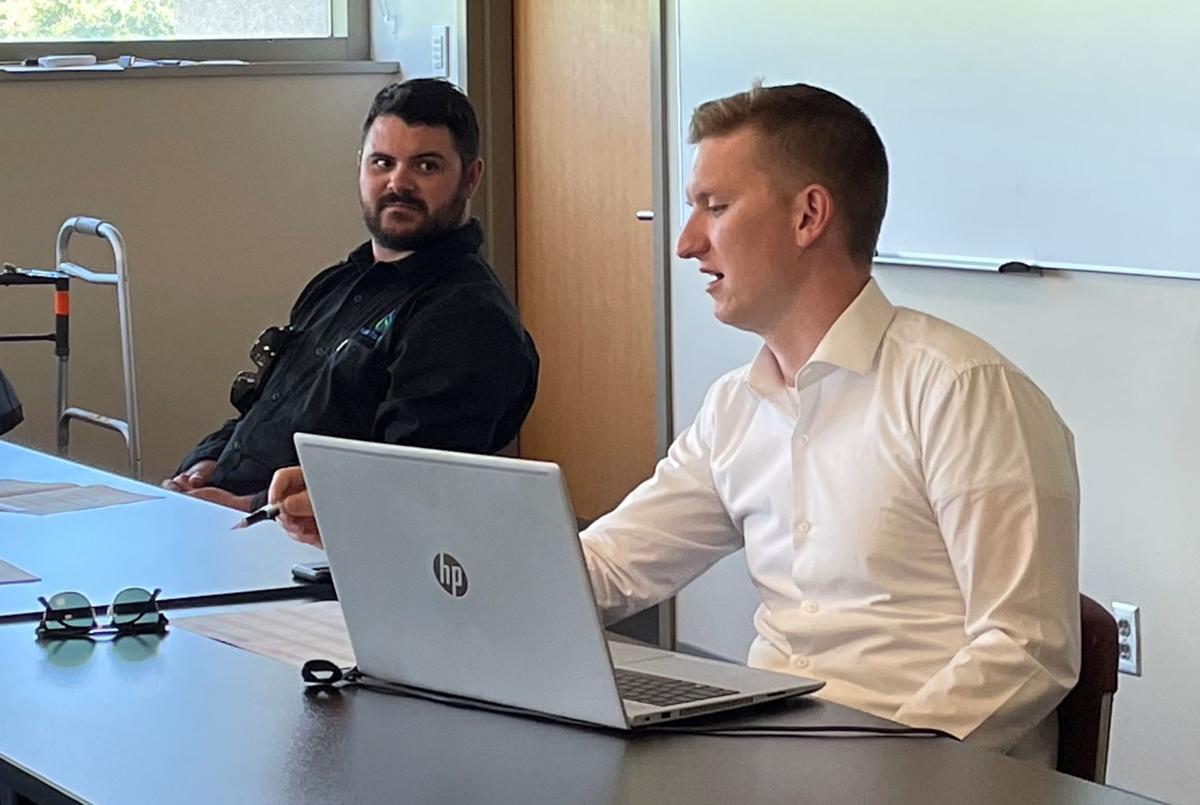 Rapid City’s City Council held a working session from 3 to 5 p.m. Friday to discuss medical cannabis policy. No action was taken at the meeting.

City Attorney Joel Landeen said the medical marijuana statute legalized by over 70% of voters is clear about what municipalities have regulatory authority over. Municipalities can regulate the time, place and manner in which cannabis businesses operate, which is mostly a zoning consideration. Time, place and manner encapsulates where businesses are located, what their hours can be, odor mitigation, and spacing requirements.

The state will be promulgating regulations on medical registration cards, authorization of cards and licenses, distribution of cannabis products and cannabis businesses and has until Oct. 29 to do so.

Landeen said the city does not need to wait for the state to promulgate rules before it can come up with its own and the city should decide “reasonably soon” if it wants quotas on licenses in place.

The city council mainly discussed the two tenets of medicinal cannabis that they have control over — zoning regulations and licensing quotas.

Community Development Director Vicki Fisher said the council could find a middle ground between stringent and lax zoning regulations that would not create an undue burden to access but would also not allow for the product to get into the wrong hands.

“We need to preserve the integrity of our community. I think that’s foremost, of utmost importance,” Fisher told the Council.

Zoning for dispensaries, which sell cannabis and cannabis-related products and supplies to cardholders, could be approached a few different ways. Dispensaries could have conditional permits, meaning a public hearing is needed for their approval, but Fisher recommended that dispensaries have permitted use permits provided they meet certain criteria, such as remaining 1,000 feet away from schools or 500 feet away from churches, parks or residential areas.

“It’s not like you can be at the mall with your kids and say, ‘Oh, come on, let’s run in here and get Grandma some edible gummies because her arthritis is hurting.’ That’s not going to be how this operates,” Fisher said.

Dispensaries would likely be zoned Central Business, Urban Commercial or General Commercial. Fisher took Neighborhood Commercial zoning districts out of the equation because of their proximity to neighborhoods, but the possibility of a dispensary opening up downtown is not yet out of the question.

Councilman Pat Jones told the Council to keep in mind that recreational legalization, which all present agreed is inevitable either in the state or at the federal level in the next few years, would mean that medical dispensaries will shift to providing recreational cannabis.

Kittrick Jeffries, Director of Compliance with Dakota Cannabis Consulting, said he expected to see CBD and vape shops transition into medical cannabis dispensaries in the near future.

Cultivation, testing and manufacturing facilities would likely be zoned Light or Heavy Industrial, and Fisher said she was leaning toward a recommendation that all permits for those types of facilities have conditional use permits.

Within city limits, she recommended all manufacturing and cultivation processes happen entirely indoors, and meet ventilation requirements to limit the odor from escaping.

The City Council also discussed the possibility of restricting licensing to prohibit an excess of dispensaries from cropping up on every street corner.

Creating quotas, however, drives up the value of a dispensary license and creates a situation where larger, outside interests swoop in and dominate the industry rather than fostering local business.

Limiting the amount of dispensaries that can operate, whether through high licensing fees or by the amount of licenses that can be distributed, could also strengthen the black market if the product is not accessible enough.

The demand for dispensary licenses in Rapid City is, at this time, unknown, which also hinders any discussions of quotas.

“At this point, what would we even set the quota at? Let’s be honest, any quota we would set would have to be a shot in the dark,” Landeen said.

Another option is to let the market drive the demand and, eventually, licensing issues will work themselves out.

Jeffries suggested limiting licenses to one per stakeholder and requiring that licenses be approved or denied before the stakeholder submits another application. Another option would be to limit one license per stakeholder per jurisdiction, both of which Landeen said he would be interested in looking into further.

“There’s part if me that’s kind of like, ‘let the market drive it.’ It might be a little bit tough at first but eventually it will all work itself out. Well how much [time] is a little bit — is that a year, two years, is it five years?” Landeen said. “But on the other hand, I have issues with caps; I’ve seen how that creates other problems, so [it would be best] if we could find some hybrid [option].”

Fisher said the next discussion the Council has on medical cannabis needs to have a greater focus on licensing. Council President Laura Armstrong said the Council will meet twice more to discuss medical cannabis, hear from other voices like the police and fire departments, and come up with regulations before a public hearing can be held to discuss those proposed rules.