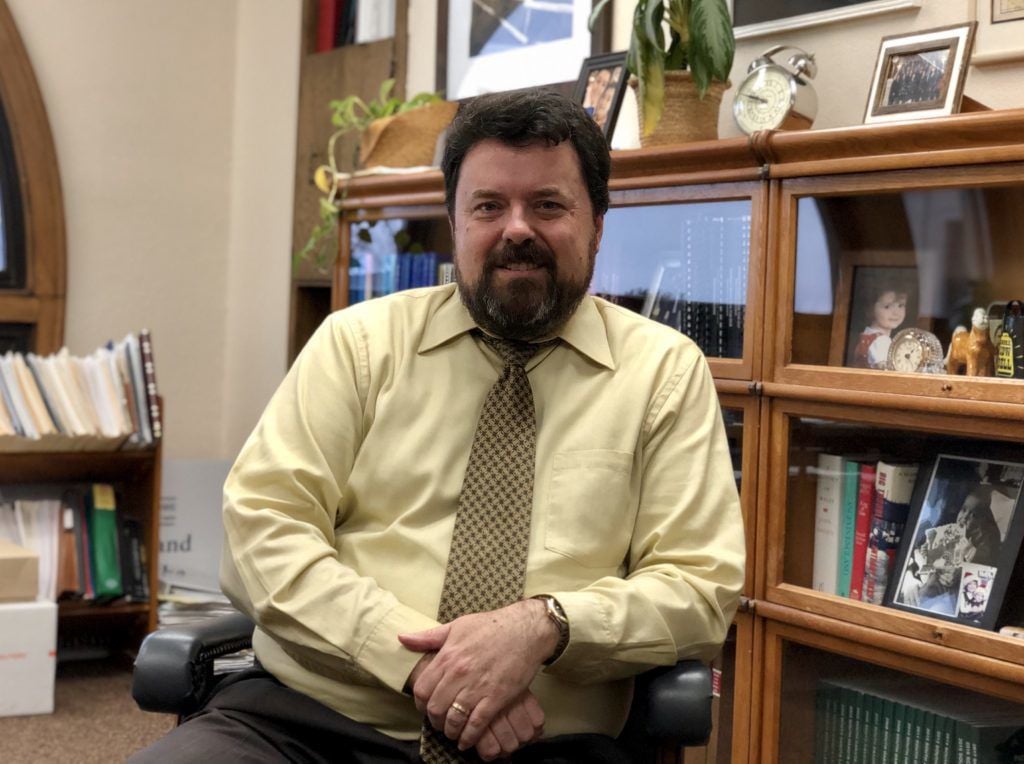 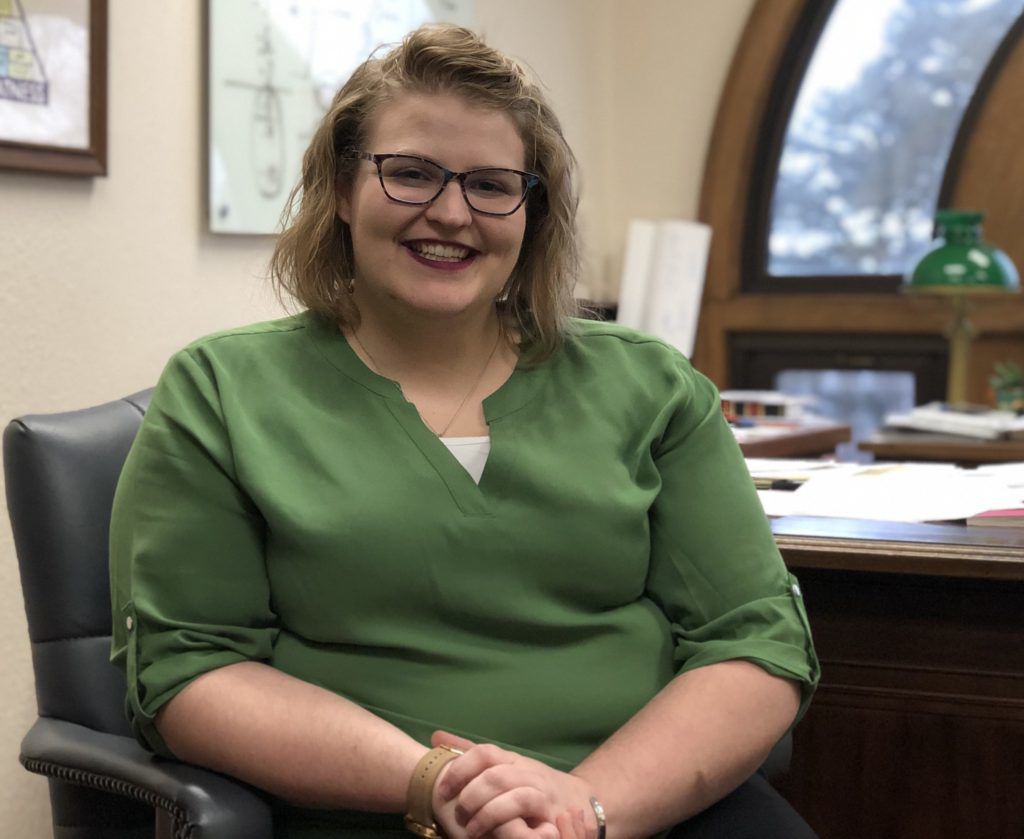 A new online system for drafting, co-sponsoring and tracking bills through the South Dakota Legislature has some people concerned that the modernized system has made the legislative process less transparent and has removed some of the human element from lawmaking.

“We’ve automated and made electronic a lot of the functions around here that have been paper functions up to this point. You’re going to see more of that electronic functionality in terms of how the committee secretaries work and how the front desk staff works and obviously how the legislators work,” Hancock said. “So, I think for some of those players this is probably the biggest change yet.”

Legislative leaders and LRC staff say the new system comes with a new suite of publicly available features that make it easier for the public to follow the Legislature’s work.

Furthermore, some lobbyists in Pierre say the Legislature’s new system is less transparent. Legislators are now working with LRC staff to draft bills and amendments as well as inviting their colleagues to co-sponsor legislation electronically, using a system only legislators have access to. That means lobbyists and the public have been partially cut out of a process they used to play a key role in.

“We used to circulate a piece of paper and we could get all the co-sponsors we needed … the fact that (prime sponsors) have to be more involved now slows things down,” said David Owen, who has been lobbying on behalf of the South Dakota Chamber of Commerce and Industry since 1999.

Legislative leaders say the new system is a long overdue improvement over the old paper-based system. Amendments are easier to file and can be distributed much more quickly, said House Speaker Pro Tempore Spencer Gosch, R-Glenham.

Other new features allow anyone to create a customizable digital binder for tracking legislation, through a system called “MyLRC+”. Included in the digital binder is a customized calendar and an option to receive alerts tailored to individual needs, which may improve a citizen’s ability to follow a bill.

“I think for what little time they had, it’s going well,” Gosch said of the system’s launch.

The Legislative Research Council’s information staff built the new bill drafting and legislative workflow system from the ground up in less than a year. Bills and amendments are now drafted online through a portion of the legislature’s website. Legislators also seek co-sponsors for their bills and move bills from one chamber to the next through the website. There is no longer a need to print bills and obtain physical signatures.

Before the 2020 session, legislators and lobbyists were carrying paper copies of bills around the Capitol as they sought co-sponsors. Once a bill was ready to be introduced they would take it to LRC bill drafters, who then had to verify each co-sponsor’s signature by hand and physically enter each name into each bill’s page on the website. That is all done automatically now, Hancock said.

Existing LRC staff and a contracted programmer named Jordan Block worked together on the project, Hancock said. Block’s business, Developing Today LLC, was awarded a contract worth up to $250,000 through March 2021. So far, LRC has paid the company about $85,400, according to documents on the state’s financial transparency website, open.sd.gov. The costs of the project including the contractor fees have been covered by the LRC existing budget, Hancock said.

One big advantage to building the website mostly in-house is that fixing bugs in the system is a relatively quick process, Hancock said. Gosch said the longest he’s heard of anyone waiting for a fix was about two hours.

Gosch acknowledged that there were some hiccups as the system was rolled out during the first few weeks of the 2020 legislative session. One notable problem was that the bills listed and displayed to the public on the legislature’s website, sdlegislature.gov, were difficult to view on smartphones.

Veteran lobbyists, though, say their transparency concerns are about the website’s features, not its bugs. Under the Legislature’s old system, face-to-face contact between lobbyists and legislators was baked in. Lobbyists were able to explain and seek support for bills directly with legislators, answer questions and, most importantly, get a feel for legislators’ thinking on certain issues. Such information could then be passed along to the lobbyists’ employers whether they were nonprofits, associations or businesses.

At any given time during the month-and-a-half long legislative session, a legislator might be working with three to five organizations on multiple pieces of legislation, Owen said. Legislators work part time and don’t have staffs, so lobbyists, who tend to specialize in issues and industries, sometimes play a bigger role in gathering co-sponsors and explaining bills than legislators.

“I get that we’re viewed skeptically,” Owen said. “But we’re the ones who know the issues, so we’re able to put things in context. That is really important.”

Under the new system, a bill’s primary legislative sponsor has to send an electronic invitation to potential co-sponsors. Once an invitation has been sent, recipients have the option to click buttons that deny, accept or ignore the request. Face-to-face discussion is no longer a given and that needs to change, said Senate Minority Leader Troy Heinert, D-Mission.

“We have to make it more personal, like the old system,” Heinert said.

Speaking directly to fellow legislators, lobbyists and the public about legislation is a necessary component of lawmaking and makes for better legislation, Heinert said.

Ultimately, lobbyists and legislators will have to adjust to the new way of doing business, Owen said. He attended a training event hosted by LRC staff on Jan. 27 to help lobbyists navigate the new system, which he said helped lessen some of his anxiety.

Rep. Gosch noted that lobbyists still are allowed to work with LRC staff on legislation, so long as they have permission from a legislator. And there is nothing stopping lobbyists from coordinating with legislators when it comes to seeking co-sponsors or for promoting legislation, he said.

“If a lobbyist wants to sell their product, they still have to have face-to-face contact,” Gosch said.

The number of positive tests continued to follow the number of tests completed in South Dakota. After a couple of days with more than 1,000 te…