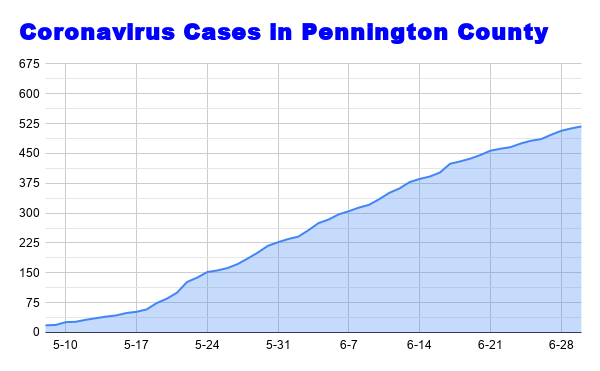 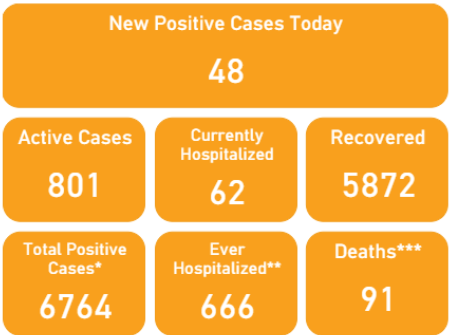 Pennington County reported five new cases on 179 tests and the number of active cases dropped by eight to 121. Meade County also reported one new case on 20 tests. Oglala-Lakota, Fall River, Lawrence and Custer counties reported no new cases on a total of 106 tests between the four counties.

13 staffers, inmates at Pennington County Sheriff's Office have had coronavirus

Thirteen people employed or detained by the Pennington County Sheriff’s Office have tested positive for the coronavirus as of Wednesday morning.

Coronavirus testing tends to drop on holidays and weekends. It should come as no surprise that testing numbers would be small when a holiday a…