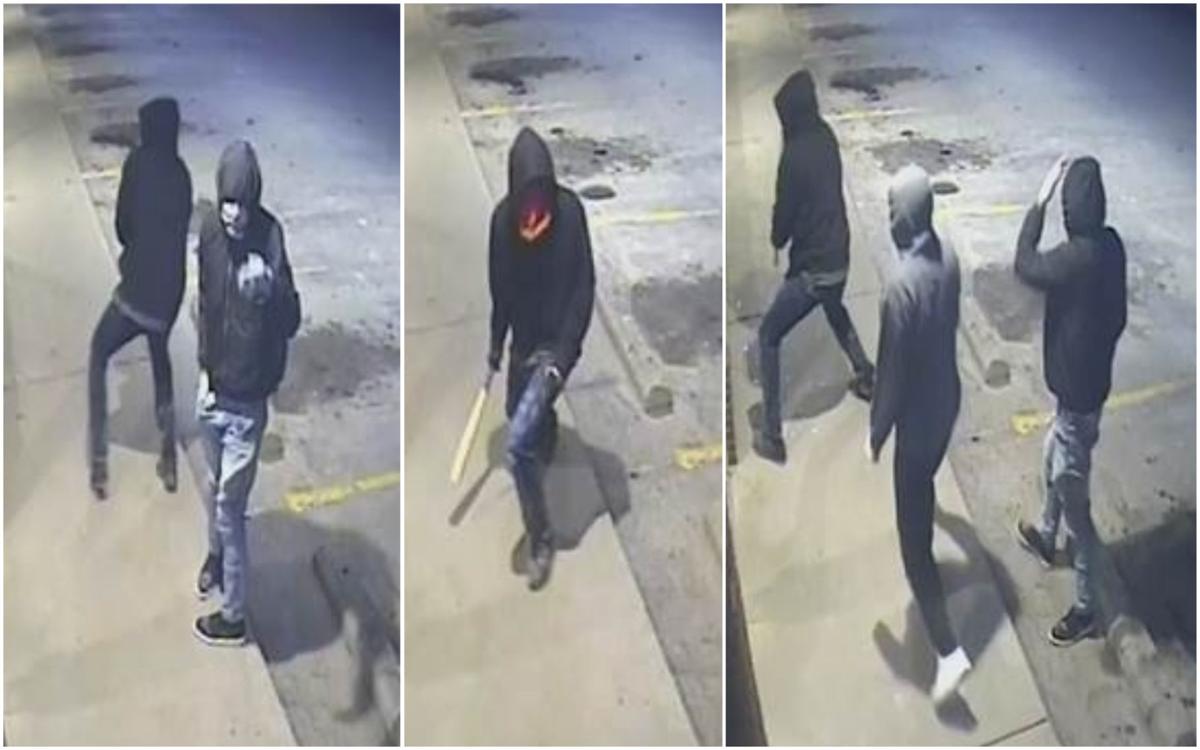 The three suspects in the recent burglary of Pawn With Us on East North Street. 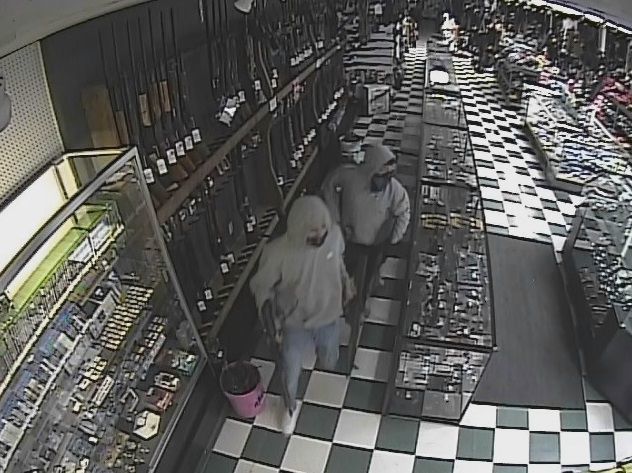 Two suspects are seen stealing rifles recently from Pawn With Us on East North Street.

Eleven firearms have been burglarized from the same Rapid City pawn shop in two days.

The Rapid City Police Department learned of the first burglary at Pawn With Us at East North Street when an alarm went off at 4:45 a.m. Sunday, according to a news release.

Officers found a window that had been shattered with a rock and reviewed surveillance footage that shows two suspects entering the business and stealing four AR-15-style rifles before fleeing, police spokesman Brendyn Medina told the Journal.

They fled on foot, Medina said.

Medina said it's “within the realm of possibility” that the two burglaries are related since some suspects have similar heights and builds.

Police described the suspects in Sunday’s burglary as possibly being minors standing between 5 feet, 7 inches and 6 feet, 1 inch tall with average builds. The suspects wore jeans, light gray hoodies and bandanas over their faces.

The suspects in the Monday theft are described as young men standing around 5 feet, 9 inches. All three were wearing jeans and hoodies and appear to be wearing face coverings, according to the surveillance images. One suspect is seen holding and swinging a bat-like object.

Anyone with information about the incidents should contact Detective Chris Holbrook at 605-394-4134. Anonymous tips can also be sent by texting the letters ‘RCPD’ to 847411.

Police also announced that three more firearms were stolen from vehicles in the past 72 hours. There have been eight such burglaries in the past three weeks.

The first of the recent thefts was reported at 11:05 a.m. Friday from the 100 block of Main Street. A handgun and other items had were stolen at some point in the past two days from an SUV with no signs of forced entry.

Another theft was reported at 3:50 p.m. Friday from the 4300 block of Shaker Drive. A handgun was stolen from a pickup parked in a driveway. The vehicle had no signs of forced entry.

The third theft was reported at 8:35 p.m Sunday from the 4800 block of Shelby Avenue. A revolver had been stolen from a vehicle with no signs of forced entry.

"Responsible gun ownership starts with being accountable for a firearm at all times. Vehicles make terrible gun safes," the police department said in a news release. "Never leave a firearm in an unlocked vehicle. If you must store a firearm in a vehicle, ensure the vehicle and firearm are properly secured. Always lock your vehicle before leaving it unattended. Take valuable items inside, or conceal them if you must leave them in your vehicle."

The Rapid City Police Department is investigating a total of five break-ins taking place throughout the early morning hours of April 19. Polic…

The three suspects in the recent burglary of Pawn With Us on East North Street.

Two suspects are seen stealing rifles recently from Pawn With Us on East North Street.