Everyone who knows Senior Airman James Cunningham said he was a loving father. So how did his six-month-old son end up dying from a brain bleed after being in his care?

Eight fellow airmen will decide if Cunningham shook and punched Zachariah after becoming angry or if he made the mistake of his lifetime by placing his son on the kitchen counter, resulting in an accidental fall.

Cunningham “told four different versions of his story to detectives” until he finally confessed to punching Zachariah in the head, prosecutor Capt. Anna Sturges said Thursday during opening statements at the airman’s murder trial at Ellsworth Air Force Base.

A doctor will testify that the autopsy shows Zachariah didn’t just have a brain bleed from blunt-force trauma but also suffered from eye and spinal injuries after being shaken.

Cunningham “did something that he will regret for the rest of his life” when he set Zachariah on the counter for a “split second” so he could grab the baby’s bottle, countered defense lawyer Capt. Kaylee Gum.

His “so-called confession” was actually a question he asked during a long interrogation when police were determined to obtain a confession while Cunningham worried about his son, she said.

Cunningham, 27, has pleaded not guilty after Pennington County and later Air Force prosecutors charged him with murdering his son on March 3, 2020.

The trial will include testimony from people who knew Cunningham and doctors who treated Zachariah, photos and test results of the infant's injuries, and audio or video recordings of the 911 call, officers' body camera footage as they arrived at the scene and Cunningham's police interview.

Cunningham will be convicted if three-fourths of the jurors — comprised of eight male active-duty airmen — believe he's guilty. This contrasts to the unanimous convictions required in civilian courts.

If convicted, Cunningham will have the choice to ask the military judge or jury to decide his sentence, which is a maximum of life in prison without parole. If he chooses the latter option, three-fourths of the jury must agree on the sentence. Cunningham would serve time in a federal military prison.

Cunningham, who wore a formal navy blue military suit matching the jurors and lawyers, is essentially on house arrest on the base and working in cleaning and maintenance, his ex-fiancée previously told the Journal.

Prosecutors placed Zachariah’s Finding Nemo-themed baby bouncer and simple white bassinet — which his parents called “the taco” — before the jury as they began their opening statements by playing part of the 911 call from March 3.

The prosecution and defense agree about what happened that day up until Zachariah suffered his fatal injuries.

Cunningham woke up Caitlynn Merhoff — his ex-fiancée — by bringing their son to their bed. He got Zachariah ready before taking him to day care around 7 a.m. and heading to the base where he works as a weapons load crew member on the 28th Air Craft Maintenance Squadron.

Cunningham usually picks Zachariah up around 4:30 p.m. but got him around 1 p.m. since he was let off work early to pack for a training exercise.

Their downstairs roommate texted her husband around 5:30 p.m. to say it sounded like Cunningham was throwing something around, Sturges said. Two minutes later, Cunningham ran downstairs to tell the roommate to call 911.

Police arrived and Cunningham told officers that Zachariah was siting in the taco when he suddenly became unresponsive, Sturges said.

She said Zachariah was rushed to the hospital where a CT scan identified a brain bleed “indicative of trauma.” Tests later showed that Zachariah also had bleeding in his spinal cord and all three layers of his retinas — evidence of blood vessels breaking from being shaken.

Cunningham was brought to the police station where he told detectives that Zachariah was acting the fussiest he’d ever been while watching him alone, Sturges said. He then told four versions of how Zachariah injured his head.

Zachariah was siting in his jumper when he got excited and must have hit his head against the jumper or wall, Cunningham first said. I was siting on the couch feeding Zachariah in my lap when I dropped the bottle and he fell out of my arms when I went to pick it up, he said next.

“I did drop him, but it wasn’t from sitting down,” he fell off the kitchen counter, Cunningham said in an audio recording of his interview.

Cunningham finally admitted he punched Zachariah once in the forehead, Sturges said.

“I got frustrated” because Zachariah was screaming and wouldn’t eat, Cunningham said through tears. “I let the frustration and anger just build in me” instead of asking my roommate for help. “I took it out on my son.”

Zachariah’s death is a “horrible tragedy,” but “Cunningham did not murder” him, Gum told the jury.

Cunningham is “not the type of person to intentionally harm his child,” everyone who knows him will testify that he loved being a father and was wonderful toward Zachariah, she said.

She said Cunningham set Zachariah on the counter for a moment on March 3 to grab his bottle before the baby fell and hit his head on the floor. Zachariah began to cry but did not show any injuries so Cunningham put his son in the taco.

Cunningham realized something was wrong when Zachariah began to gurgle and became unresponsive so he asked his neighbor to call 911, Gum said. The 911 call and body camera footage of first responders will show how worried Cunningham was, he said.

Cunningham met Merhoff at the hospital where an officer told them their son was being flown to a Sioux Falls hospital and they couldn’t see him until they made a statement at the police station, Gum said. The anxious father was left alone in an interrogation room for 1.5 hours until two detectives came in.

No, Cunningham didn’t tell the truth at first, Gum said. But he broke down in tears while explaining the true story about the fall. However, that’s not what the detectives wanted to hear.

“Did I really hit my kid? Why would I do that?” Cunningham said at one point, Gum explained.

That question was Cunningham’s "so-called confession" and the detectives latched onto it and asked more questions until they got the information they wanted, she said.

Medical evidence will show that Zachariah’s injuries are “consistent with a fall” from a counter to a hardwood floor, Gum said. She did not specifically explain how the shaking symptoms would be accounted for.

Merhoff, wearing a purple outfit and a scrunchie in her hair, explained that both her and Cunningham were excited to be parents, and he was a caring and patient father. She said Cunningham knew how to calm Zachariah and had no history of aggression.

Major Carlos Cueto Diaz, one of the defense lawyers, displayed Snapchat selfies Cunningham took with Zachariah as well as photos Merhoff took of them.

Zachariah couldn't sit up on his own, Merhoff explained. If she sat him up he could hold himself up for a few seconds before falling over.

Merhoff said she and Cunningham constantly texted each other photos and updates about Zachariah, including any injury he received, like when he accidentally scratched himself.

Merhoff was working at her restaurant job on March 3 when she saw she missed a call and text from Cunningham telling her to call. She called and Cunningham was "hysterical" while explaining he didn't know what happened but Zachariah became unresponsive and was on the way to the hospital.

She said she met Cunningham at the hospital where he was crying and repeatedly apologizing to her but didn't explain what happened. An officer came in to say Zachariah had a bruise and Merhoff assumed he was talking about a dime-sized one he received a few days earlier from hitting his head on a turtle that hangs from his jumper.

Merhoff said she was offended when the officer said they both needed to make statements before seeing their son because she couldn't believe anyone would think she or Cunningham would harm Zachariah. But they both consented.

She said officers quickly told her they knew she didn't do anything wrong so they drove her back to the hospital so she could fly to Sioux Falls with her son, who died on March 12, 2020. 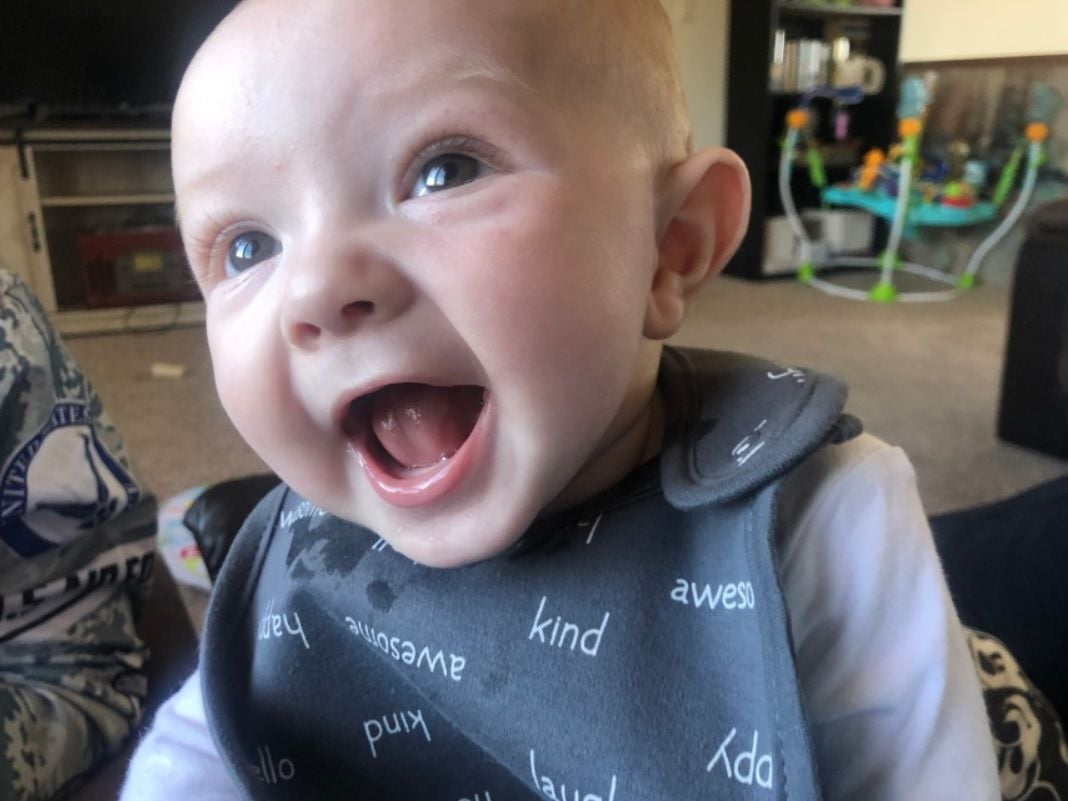 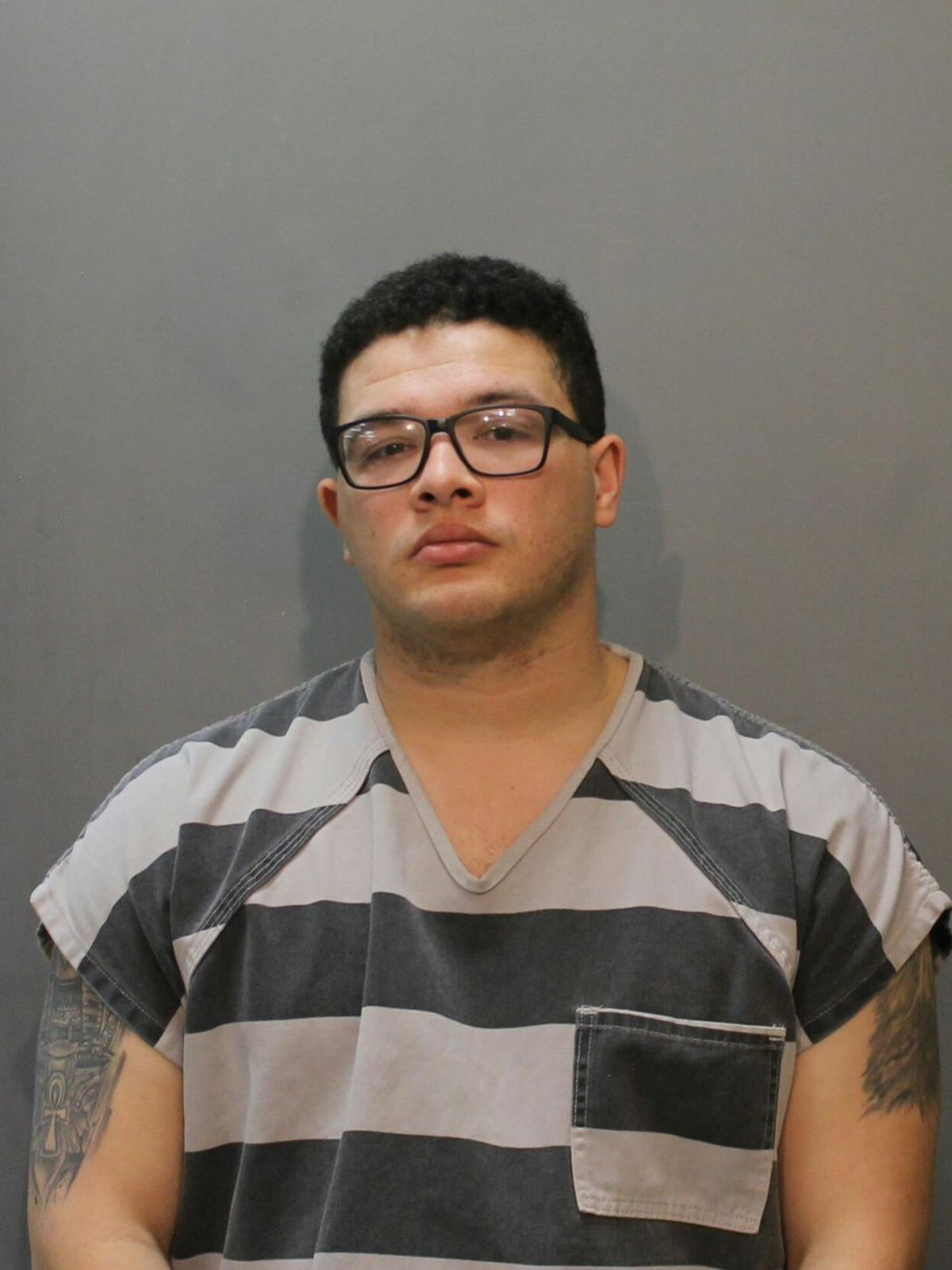 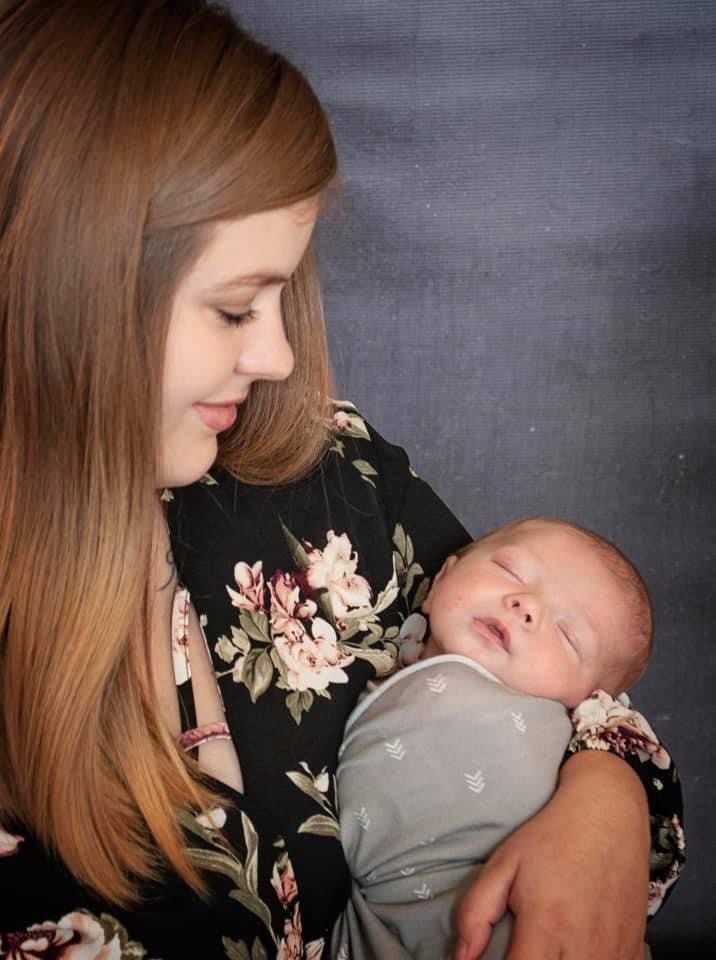 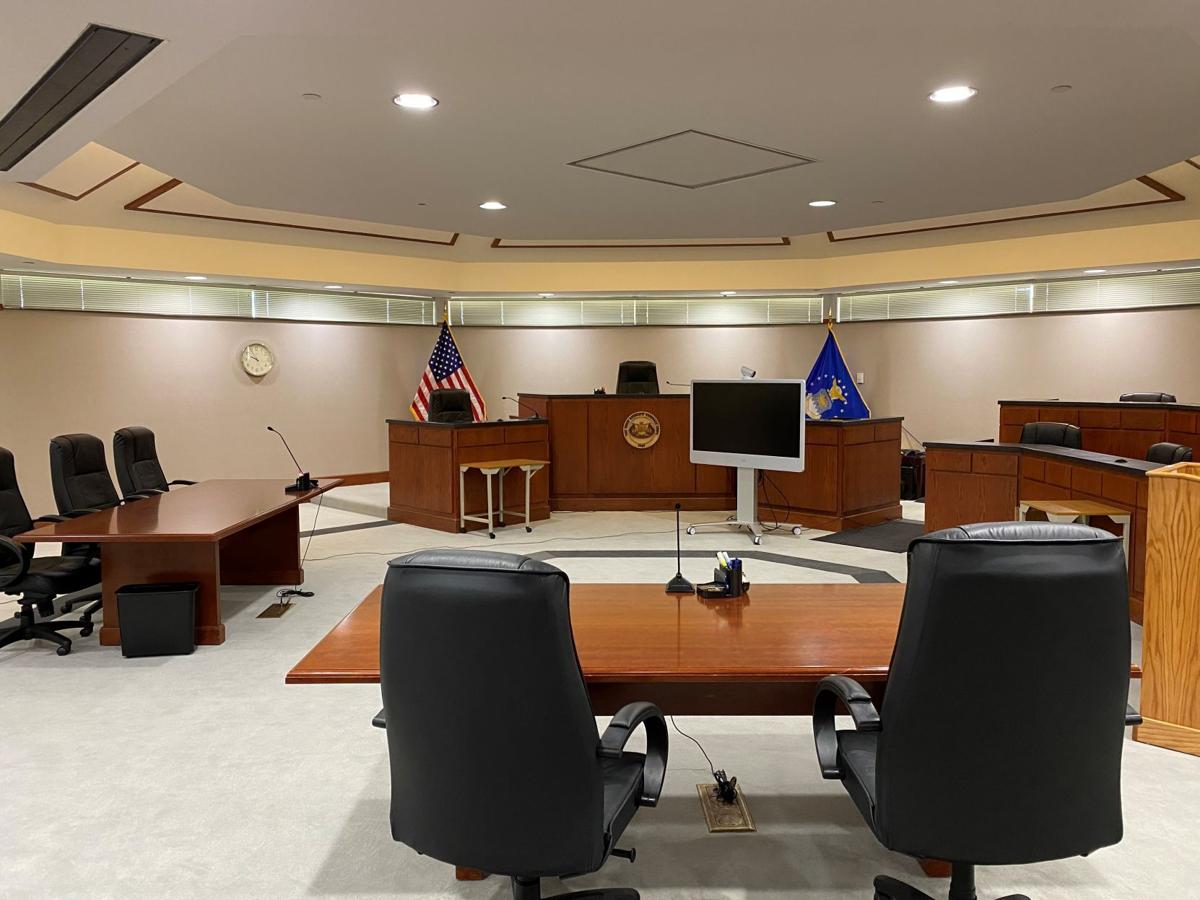 The courtroom within the Legal Office at Ellsworth Air Force Base.