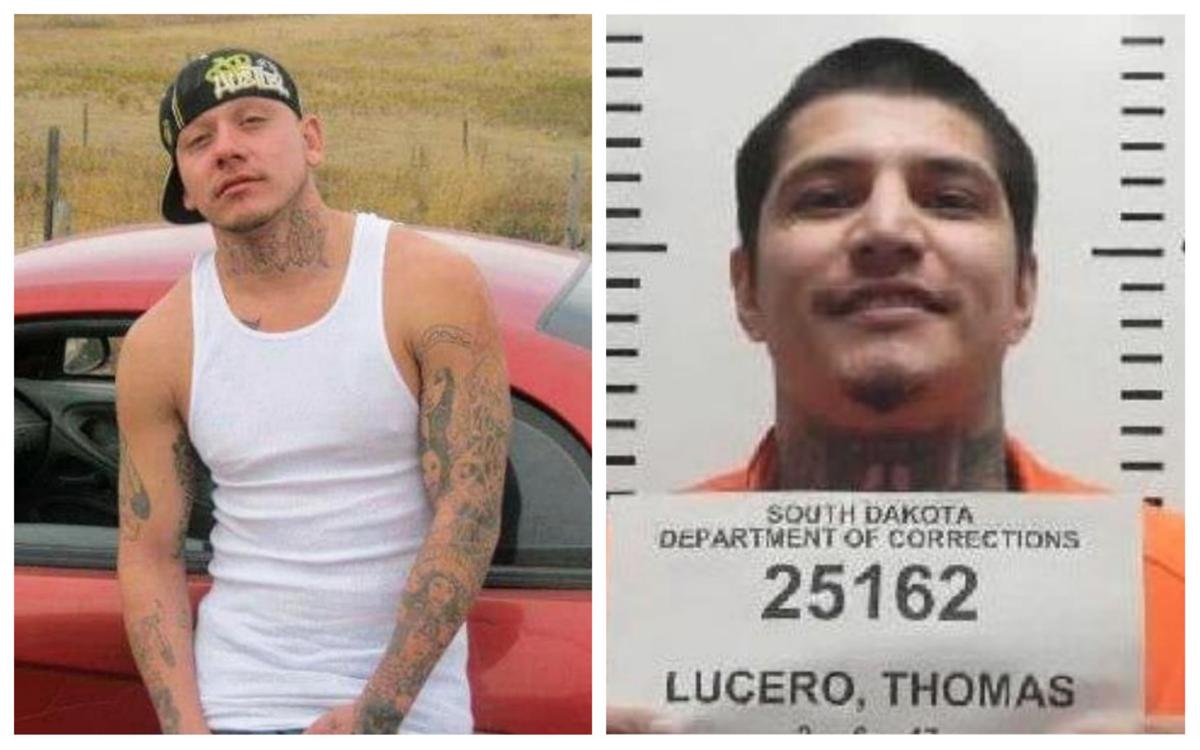 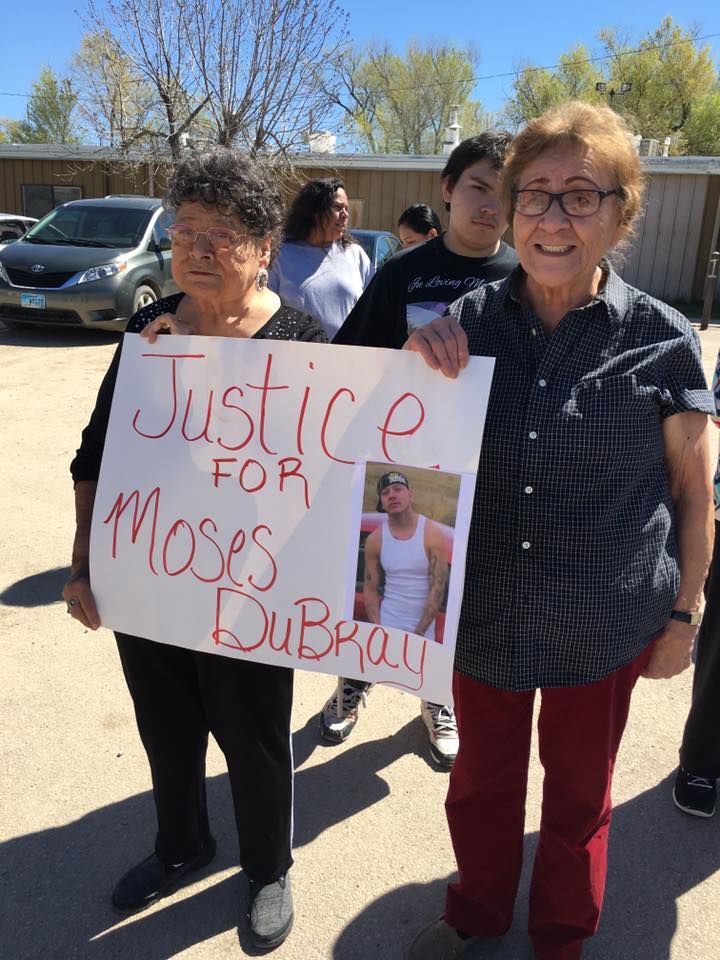 Moses Dubray's grandmothers hold a sign during a demonstration. 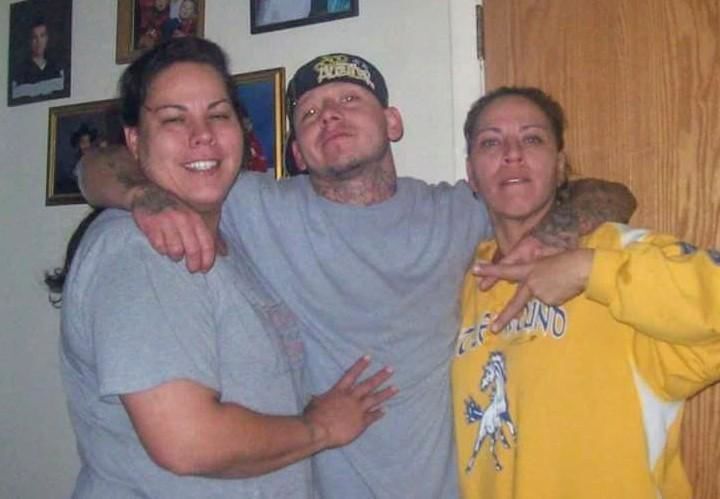 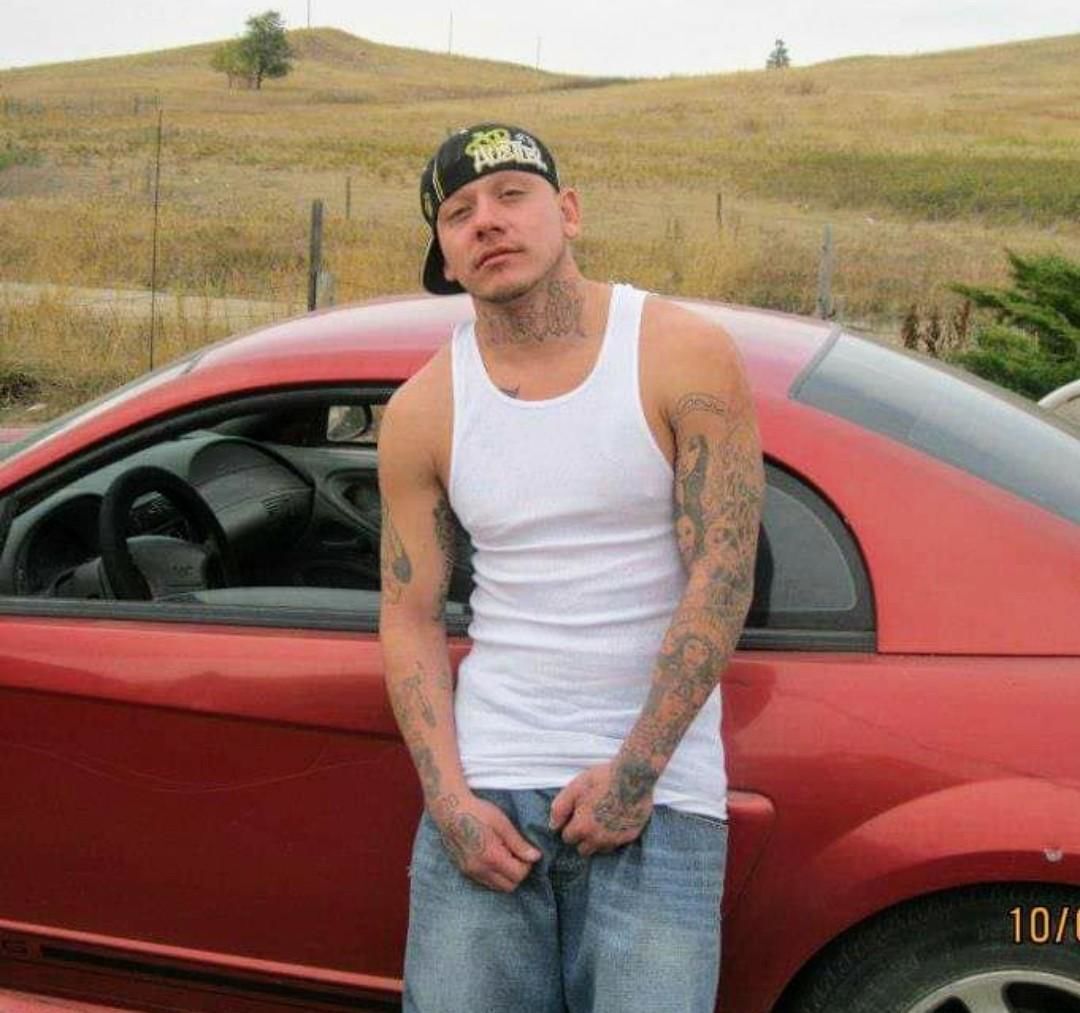 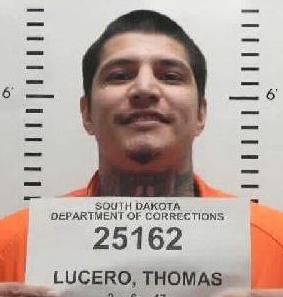 The family of a homicide victim is distraught after learning that a nearly four-year-old Fall River case has been dismissed after a key witness was found to be incompetent to testify.

"It just sucks that there’s going to be no justice for my brother," Irene "Jay R" Mabin said through tears. “I wanted to know what exactly happened."

The charges against Thomas Lucero were dropped Oct. 22, three days before he was set to go to trial for the fatal shooting of Moses Dubray. The dismissal comes after Lucero fired multiple defense lawyers, then chose to represent himself, and finally decided to work with a lawyer.

Dubray was 32 when he was found dead from a bullet wound to his head on Jan. 11, 2017, near state Highway 89 in Fall River County. He had walked away from the minimum-security prison in Rapid City the day before while serving a 10-year sentence with five years suspended for third-degree burglary in Bennett County.

Lucero, 30, was indicted eight months later with first-degree and an alternate second-degree murder charge for allegedly killing Dubray. Lucero was also indicted on an aggravated assault charge for allegedly using a gun to assault someone the same day Dubray was killed. The assault victim is not named in the indictment because the person is an informant who testified before a grand jury.

Lucero, who was on parole for a first-degree robbery conviction out of Minnehaha County at the time of the murder and assault, had turned himself in January 2017 in response to a warrant issued against him for being a parole absconder.

"The state's witness is unable to testify at this time," Assistant Attorney General Scott Roetzel wrote in his Oct. 22 dismissal.

Mabin said prosecutors told her the case was dropped because the assault victim — who is the informant/key witness — has been deemed mentally incompetent, which means he is receiving mental health treatment and can't testify until he is better.

Roetzel confirmed that a key witness is "unavailable" but wouldn't say why or which witness it is.

"A few months before the jury trial, the state was made aware that a witness became unavailable," Roetzel said. "As the case proceeded he was still unavailable and the state was force to dismiss it until he is able to testify.”

“When this person becomes available we hope to re-file," Roetzel said.

Mabin, a 44-year-old from Oglala, said she and other family members were ready to testify and feel the prosecutors had enough evidence to proceed without the main witness.

"They have everything, they have the gun, they have DNA in the car, they have video of them going to buy shoes at Shoe Carnival," she said.

Mabin explained that the witness helped law enforcement find the gun while law enforcement determined that blood found in Lucero's car matched Dubray's DNA. She said surveillance video shows Lucero and the witness walking into the shoe store the same day her brother called her to say he was waiting for people to bring him shoes.

"There was more they could do," Mabin said of the prosecution team, adding that she feels they may not care as much about this case since her brother had a criminal record.

Roetzel said that's not true, that the case was only dropped due to the witness not being available.

"This was a tragic case for the victim and the family," and we hope to recharge Lucero once the witness is available, he said.

Roetzel said while there is other evidence he believes the witness is needed to ensure a guilty verdict.

"There is other physical evidence, but we felt this was a key piece of it," he said. "You want to present the best case" and "the state wants to make sure it has all the evidence it needs to secure a prosecution.”

Mabin said the witness has been prosecuted and therefore found competent in the past, so she doesn't understand why the witness is only now being found to be incompetent.

Roetzel said it was unexpected and just a few months before the trial that he learned the witness was unavailable. He said people tried to address the issue, but it wasn't fixed in time for the trial.

Competency restoration  — which is done through mental health treatment at the Human Services Center in Yankton — can take days, weeks, months or years. Some people are never deemed competent.

Several of Dubray's loved ones died as they waited to see justice while Lucero filed many motions, changed his mind on his representation and rejected a plea deal where prosecutors would ask for a 10-year sentence, Mabin said. She said those delays were difficult, but prosecutors said they needed to respect Lucero's rights because not doing so could result in an acquittal or reversal upon appeal.

The dismissal is another blow to the family, Mabin said.

"It's going to be four years in January," she said of the anniversary of Dubray's death. "What steps can we take? We don't have any direction to go."

"This man is a dangerous man" and I will "pray for the next family he hurts," Mabin said about Lucero.

Lucero is eligible for parole for his robbery conviction on Jan. 1, according to the Department of Corrections website. His parole or prison term will end in May 2025.

Dubray, who lived and grew up on the Pine Ridge Reservation, loved life, laughter and his large family, Mabin and his longtime partner Laurie McCollam said earlier this year.

McCollam said Dubray had a son, worked in construction and was a hard worker who "could do anything he set his mind to." He loved working out, driving fast and watching sports car racing.

Mabin said her brother loved tattoos, drawing, dancing, horseback riding and singing aloud to Creedence Clearwater Revival. She said Dubray always wanted her to cook for him and they enjoyed sharing stories with each other.

Pfizer shot expands to US children as young as 12

Moses Dubray's grandmothers hold a sign during a demonstration.