A former judge and a current inmate believe that people who commit serious crimes under the age of 25 should have the chance to be released once they turn 50 rather than face a sentence of life in prison without the chance of parole.

“There is so much research that has been done that people’s brains don’t really develop until they are around 25,” said Sen. Arthur Rusch, a Republican from Vermillion who heads the Senate Judiciary Committee.

Currently, any South Dakotan over the age of 18 can be sentenced to life without parole for Class A, B or C felonies, all “serious crimes” that shouldn’t be minimized, he said.

Class C felonies, which include first-degree manslaughter and first degree-rape, can be punished by up to life without parole. People can also receive a life sentence due to being a habitual offender.

SB 146 would mean life sentences can only be applied to people 26 years or older. Anyone between 18 and 25 when they committed their crime would be eligible for parole once they turn 50.

The law “doesn’t say that they’re paroled” when they turn 50, just that they’ll have the chance to ask for it, Rusch stressed. The Board of Parole and Pardons would then decide if the person should be paroled.

SB 146 does not say if the legislation is retroactive so it’s unclear if it would apply to people like Eckes.

“Even if it doesn’t work for me, I would love to see that for other people,” she said.

Science shows that people’s brains are still developing until they are 24, Rusch said. He pointed to the U.S. Supreme Court acknowledging brain research when banning the death penalty and automatic life sentences for people under the age of 18.

“I do believe the science suggests that your brain functions differently and more like an adolescent in that time frame,” said Mark Vargo, Pennington County state’s attorney.

Vargo did not endorse the legislation but said he finds it “interesting” and “something worth looking at.”

He said Pennington County’s adult diversion program first focused on 18- through 25-year-olds since science shows the decision-making parts of the brain don't fully develop until age 25. The program has now expanded to older adults.

Rusch said he’s also proposing this law due to concerns about prison population and costs.

“I don’t want for us to get into a situation where we’re building another prison in South Dakota,” he said.

Housing and caring for people for their entire lives is also expensive, Rusch said. The cost of imprisoning an inmate for one year ranges from $13,925 and $24,898 depending on which prison they’re assigned to, according to 2020 fiscal year data from the Department of Corrections. 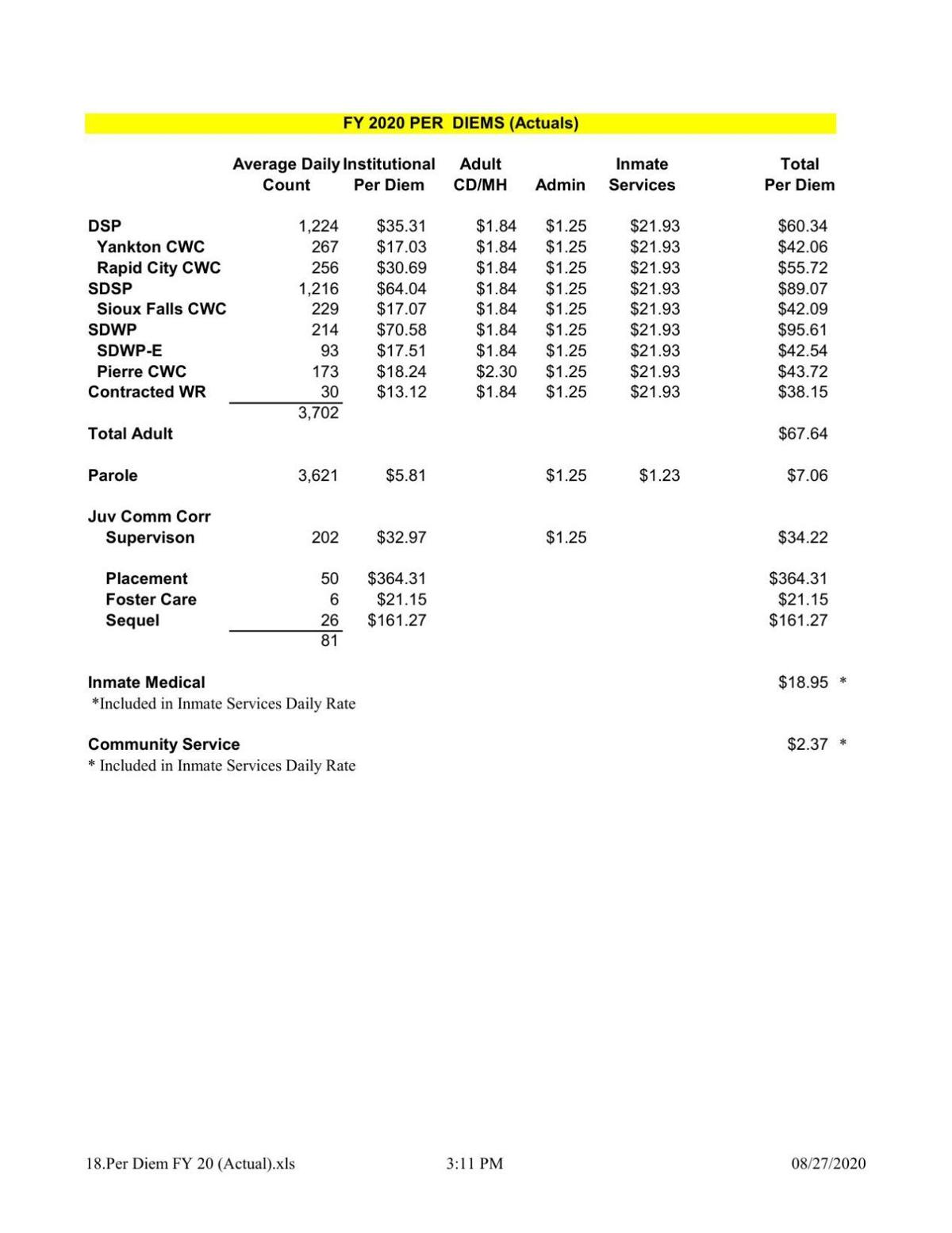 “Some of our punishments are too punitive,” he said. “Is prison just for punishment and revenge or are there other factors that we need to take into consideration?”

Rusch also said that having the chance of parole can encourage prisoners to behave better and make the prison safer.

Renee said her childhood was marked with abuse and mental health struggles before she became addicted to drugs and committed her crime. In prison, she has become sober, learned coping skills and educates youth to prevent them from going down the same path she did.

She said she is confident she would stay sober and not commit any crimes if she was released.

Renee said she grew up in St. Paul with an abusive mother. She said she was sent to group homes and juvenile programs for running away and to a mental health hospital after trying to kill herself when she was 14.

Her mother kicked her out of the house when she was 15 so she moved in with her father and step-mother in Huron. She said they were wonderful parents, but she would still act out and run away.

“That’s what I was used to,” she said. “I was already pretty much messed up in the head at the time.”

Eckes dropped out of high school at 16 despite being a good student and was legally emancipated at 17. She moved back with her mother when she was 18 but her step-father eventually kicked her out and left her on the side of a road.

She then moved in with her brother in Watertown and became addicted to drugs and alcohol. That’s when she and 17-year-old Jessi Owens broke into a house to steal $9,000 from David Bauman, 47. Bauman unexpectedly returned and the pair — high on meth — beat Bauman on the head with a hammer.

The pair pleaded guilty to second-degree murder. Owens was re-sentenced to 40 years in prison in 2014 after the Supreme Court ruled it’s unconstitutional to automatically sentence minors to life without parole. Renee said Bauman’s relatives said at the time that they forgave the pair and trusted the judge’s decision.

Eckes said she continued to behave poorly and tried to kill herself in prison because she “didn’t really have that much to live for” since she was in for life. She eventually realized being a better person made her feel better and could help others.

Prison staff trusted her to work in the now-closed garden outside of the walls of the women's prison in Pierre. She now trains and schedules women who work in maintenance and volunteers to watch over fellow inmates on suicide watch.

Before the pandemic closed the prison to visitors, Eckes shared her life story with juvenile prisoners, high school and college students, lawmakers and others.

“It made me feel good that I was able to reach out to young ones because maybe if somebody would have reached out to me at that age” I wouldn’t be here now, she said.

Eckes said she has a strong support system outside of prison: Church groups, her sisters and her parents — who she’s reconciled with. If released, she’d like to attend college and cosmetology school. She likes to cut hair and work maintenance but is also interested in a career that would help others like being a counselor or probation officer.

“I have a passion for kids” and would still give talks to them, she said.

A report from the U.S. Department of Justice that analyzed two-thirds of all prisoners released in 1994 found that those convicted of homicide had the lowest three-year arrest rate compared to people convicted of other crimes. 1.2% were re-arrested for another homicide.

Homicide offenders are less likely to recidivate than people incarcerated for non-violent crimes, according to the 2020 “Understanding Violent-Crime Recidivism” study. However, when they do recidivate, they tend to commit more violent crimes and homicides.

Illegal arrests in Arizona, a federal lawsuit and a South Dakota trust serving as a front group have spurred the sale of a 140-acre compound o…