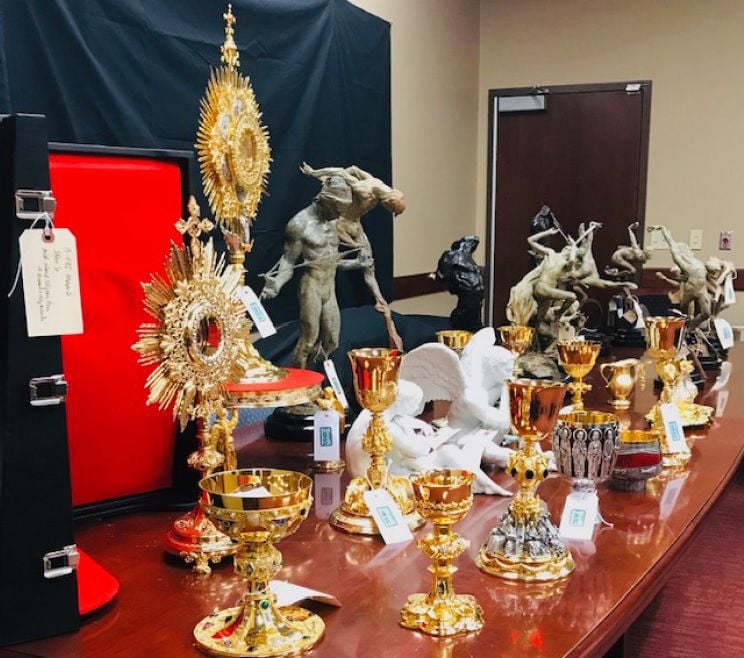 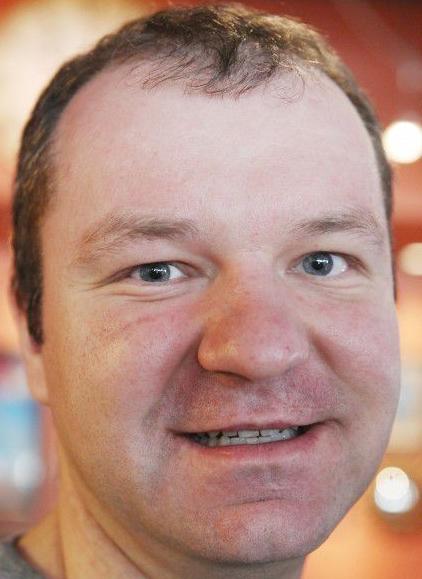 A former Rapid City priest has been found guilty on all 65 charges related to his theft of nearly $260,000 in church donations over a six-year period.

Marcin Garbacz, 41, had no reaction Tuesday as Judge Jeffrey Viken slowly read that a federal jury convicted him on 50 counts of wire fraud, nine counts of money laundering, five counts of filing false tax returns, and one count of transporting stolen money.

Garbacz committed the crimes between July 2012 and April 2018 after being transferred from his position as a parish priest to serving as a chaplain and teacher for the Rapid City Catholic School System, the prosecutor said. And he spent his money on expensive artwork and religious objects, a $10,000 diamond ring, a grand piano, Cadillac and other pricey items.

"The cache of worldly treasures accumulated by this common thief looks like something from 'Raiders of the Lost Ark,'" U.S. Attorney Ron Parsons said in a news release. “He bought it all using money he stole from his parishioners — money that was intended to help the church and help the poor. The selfishness and greed of it all is mind-boggling.”

Garbacz could be sentenced to up to 20 years in prison on each wire fraud and money laundering count, up to 10 years for transporting stolen money, and up to three years in prison for each tax crime charge.

The jury of six men and six women came to its decision after nearly nine 1/2-hours of deliberation and three days of testimony.

Witnesses included the the former bishop, multiple priests, church workers and an IRS agent. They also viewed about a dozen intricate, golden religious items and sculptures depicting expressive human figures; watched surveillance footage of Garbacz stealing from the St. Therese church in Rapid City on April 23, 2018; and a June 2018 recording between him and a detective where he admitted to multiple thefts. Garbacz did not testify and his defense lawyer did not call any witnesses.

After closing arguments on Monday morning, jurors deliberated from about 10:30 a.m. to 5 p.m. They returned at 9 a.m. Tuesday and reached their verdict at 11:45 a.m.

Garbacz was taken away by U.S. marshals after the verdict was read. He does not yet have a sentencing date.

The government will ask Viken to order Garbacz to pay nearly $260,000 in restitution to the Diocese of Rapid City, prosecutor Benjamin Patterson told the Journal. Viken will also hold a forfeiture hearing to decide if Garbacz must forfeit 78 items, including those in the courtroom, fancy fountain pens, gold and diamond jewelry, and more than $10,000 cash found on him when he was arrested with a one-way ticket to his home country of Poland.

If the items are forfeited, Patterson said, the FBI or U.S. Marshals Service would sell the items to help Garbacz pay his restitution.

Garbacz joined the diocese in 2004, but it's unclear if he is a U.S. citizen or resident. A spokeswoman for the U.S. Attorney's Office said she can't comment on his status and whether he would be deported to Poland after serving his sentence.

"Now that this trial is completed, I pray that all of us who have been injured, all of us, will allow Jesus to bandage and heal our wounds and help us to move forward toward hope with the same mercy and love that he has shown to us," Father Michel Mulloy, diocesan administrator, said in an email.

"Each of the parishes in the diocese have taken steps to safeguard collections and the processing of deposits," Mulloy said when asked what the diocese has done to make sure future donations aren't stolen. "The pastor has the responsibility to ensure that contributions are handled correctly."

Patterson and defense lawyer Jennifer Albertson made their closing arguments in a Rapid City courtroom packed with parishioners, priests and Catholic school students.

Garbacz created a "scheme to defraud" the diocese and then tried to flee to Poland "to avoid this — to avoid the trial, to avoid the evidence," Patterson said. And he's "still trying to engage in fraud, this time on you," Patterson told the jury.

The scheme involved sneaking into the Blessed Sacrament and St. Therese churches, plus the Cathedral, in the middle of the night to steal cash donations parishioners make during mass, Patterson said. Garbacz "became more bold and took more money over time," ultimately stealing nearly $260,000 between 2012 and 2018, almost three times his total salary income of $93,000 during those years.

Garbacz covered up his theft by throwing away tamper-proof bags and replacing them with identical ones he bought online, telling people his mother sent him $200 a month, and claiming that some of his fancy artwork was gifted to him, Patterson said.

He also engraved false dates and messages onto chalices, Patterson said as he picked up two of the golden vessels. But the dates don't align with when financial records show they were purchased and a man whose name is engraved on the bottom of one of the chalices testified that he didn't give it to Garbacz.

That's "kind of ingenious" ... "who's going to question it," Patterson said of the engravings.

Once Garbacz was under investigation, Patterson said, he also told a witness to lie to detectives and delete their text message conversations.

There's "not even a shred of evidence" that Garbacz had any other source of income beyond his salary and some reimbursements that he could have used to purchase his expensive items, Patterson said. Plus, he was caught on video stealing, admitted his theft to the bishop, and told a detective he had been stealing for "a couple" of years.

Albertson acknowledged the video of Garbacz stealing and the recording between him and the detective. But while "the government can speculate" as to why he made cash deposits beyond his income before 2016, there's no "solid proof" that Garbacz stole from the church during those years.

Multiple priests saw the expensive items Garbacz bought but "not one of them" suspected he was stealing money or reported missing cash before he was caught on camera, Albertson said.

If Garbacz was guilty of more than he admitted to the bishop and detective in spring 2018, why did he move to Washington and start a new life as a FedEx worker rather than escape to Poland right away, she asked.

Patterson displayed and focused on the chalices, sculptures and other "shiny things" to "distract you," Albertson told the jury. But there's nothing illegal about having expensive, "flashy taste" and no evidence proving he bought the items with stolen money.

Witnesses testified that the diocese had poor practices for handling its donations for more than two decades, Albertson said. "So many people," not just Garbacz, had access to the cash.

"The Catholic Church has a PR problem generally" so it blamed Garbacz for its financial problems, she said.