The complaint alleges that Meade County acted recklessly and in conscious disregard for the risks affecting 170 homes in the division and seeks a jury trial.

A sinkhole exposed an abandoned gypsum mine in the Hideaway Hills subdivision on April 27, 2020. About 40 residents from 15 homes were forced to evacuate.

Geotechnical studies paid for by the Fitzgerald Law Firm show there could be water flowing through the abandoned mine and toward Interstate 90 and there is the potential for future sinkholes.

Four counts are listed in the complaint, stating the county violated the Fourth, Fifth and Fourteenth Amendments in the United States Constitution and Article VI of the South Dakota state Constitution.

Count One in the complaint claims a violation of the Fourth and Fourteenth Amendments. 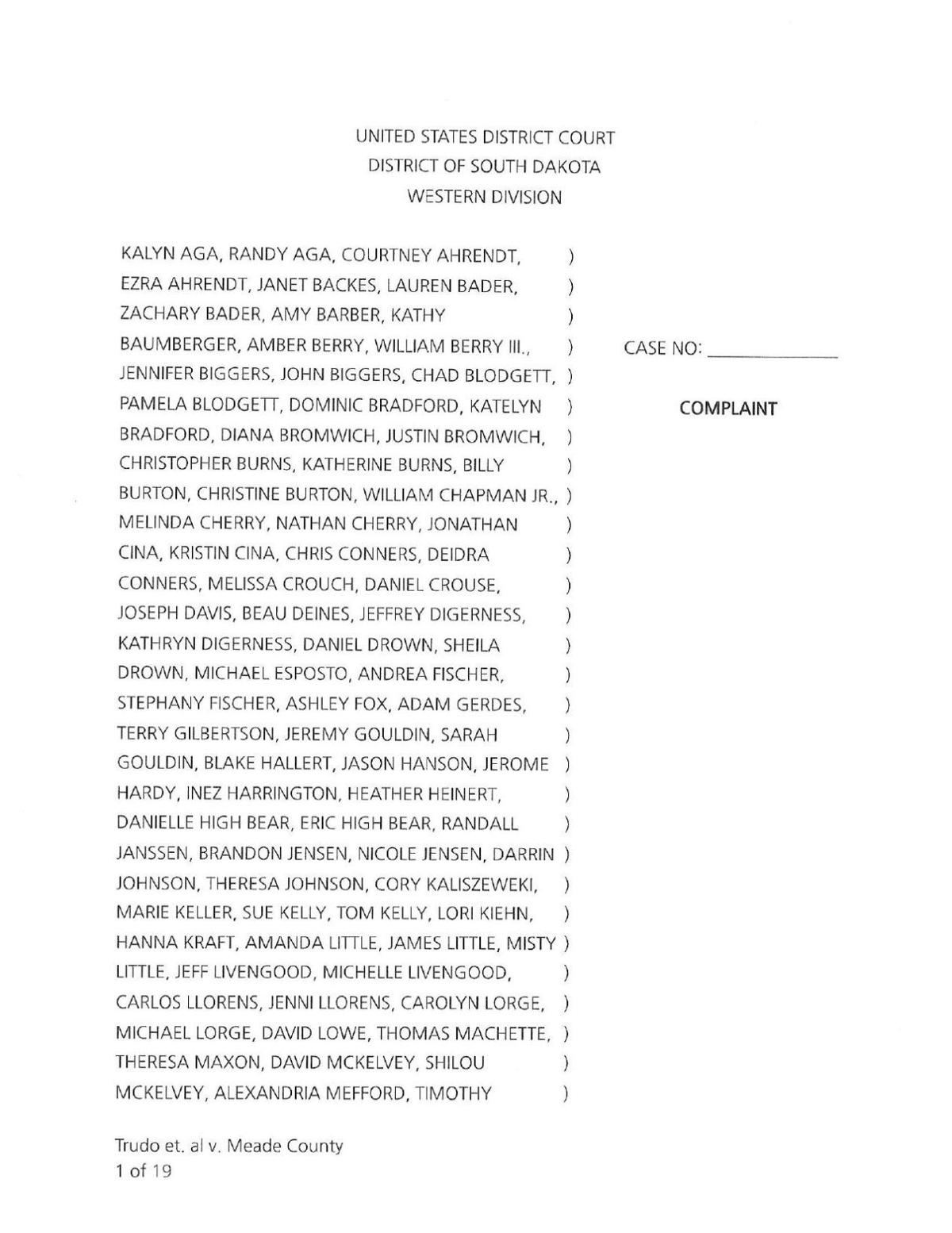 “Plaintiffs have been denied their liberty, property, use of their property, and right to be secure in their homes and effects without due process of law as a result of the county’s conduct which took place under color of state law,” the complaint states.

It also notes that the county tax assessor updated an assessment of all 158 plaintiffs’ homes, which was a total loss in real estate value to exceed $39 million, according to the complaint.

“Without the decisions to approve the subdivision, issue building permits and certificates of occupancy, the opportunity for harm would not have existed,” the complaint states.

According to the complaint, developers informed the county in 2001 of an underground gypsum mine and discussed taking steps to determine if it was safe to build on. The commission approved the subdivision proposal in 2003.

The complaint alleges that county commissioners were aware of the mine and decided to build on the land regardless.

The complaint alleges that approving the plats for Hideaway Hills along with building permits and certificates of occupancy were “executed with such an extreme degree of recklessness that destruction and devaluation of the properties was foreseeable.”

The county, represented by Rebecca Mann of Gunderson Palmer Law Firm, has until Oct. 19 to respond.