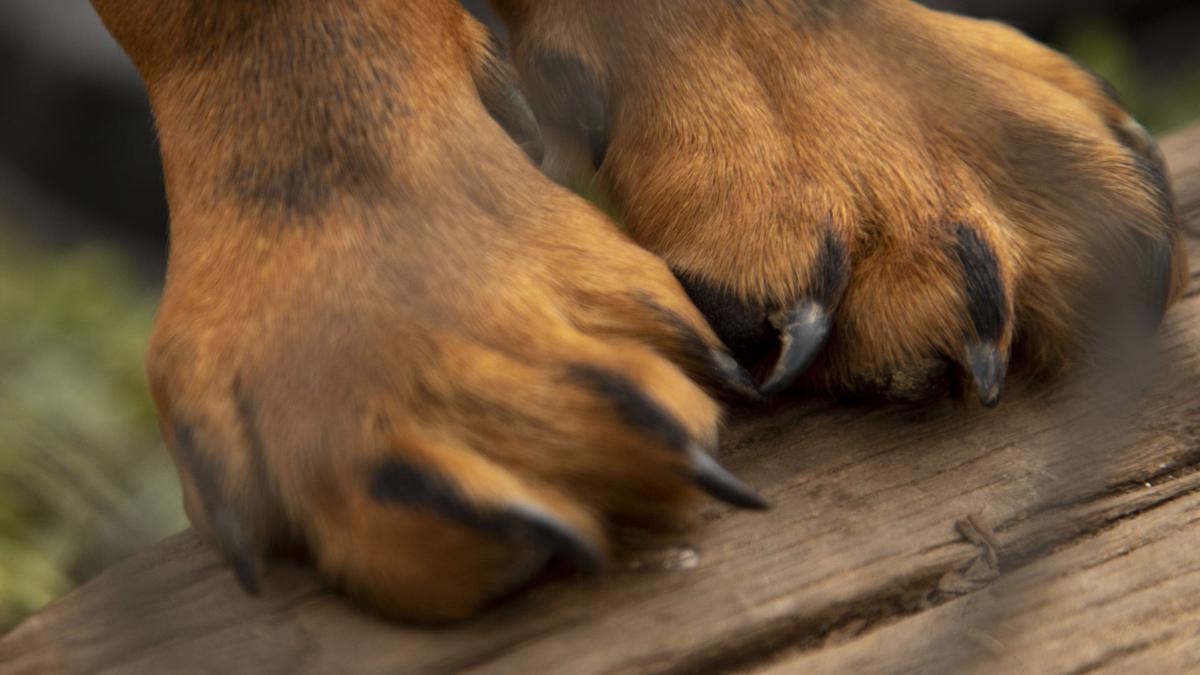 A pair of paws shows signs inbreeding among the dogs rescued Tuesday near Whitewood. 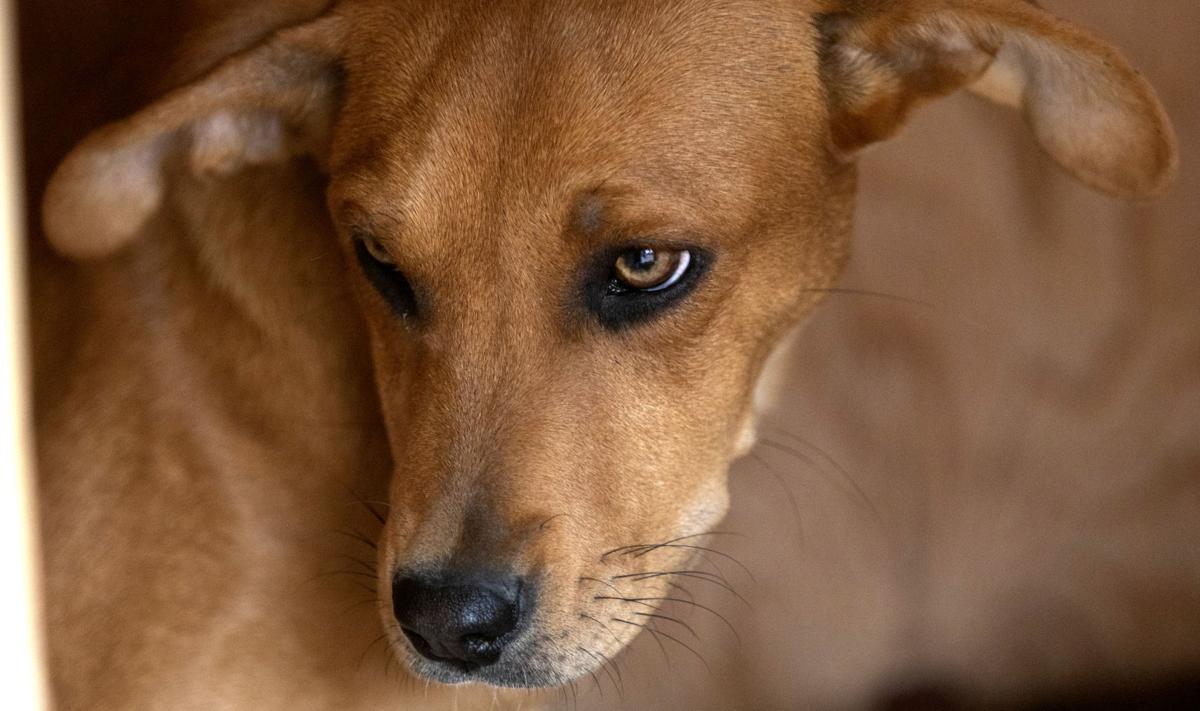 A female dog peeks out from her doghouse on Friday where she often hides, says Jennifer McCambridge, senior kennel tech at the Western Hills Humane Society in Spearfish.

A Lawrence County man has been charged with 31 counts of animal neglect and cruelty after law enforcement and a shelter said they determined he's the owner of 35 neglected, starving and inbred dogs discovered last week.

Thomas L. Mraz was charged Monday with five counts of animal cruelty and 26 counts of animal neglect, abandonment or mistreatment, according to State's Attorney John Fitzgerald. He was arrested Tuesday and booked into the Deadwood jail on a $1,000 bond.

The dogs were found and seized Oct. 13 by the Lawrence County Sheriff's Office after it received a report of neglect, according to Captain Patrick Johnson. He said deputies found dogs, including numerous dead ones, living outside and inside a home, trailers and vehicles.

The property is in rural Lawrence County between Whitewood and Nisland. Google Maps shows many vehicles, a building, and unidentifiable structures or items on the property.

The 35 dogs are being cared for by the Western Hills Humane Society in Spearfish, which says the animals have signs of starvation and inbreeding. The dogs are of varying ages and mixes of redbone coonhounds and Rottweilers combined with some pit bull.

Senior kennel tech Jennifer McCambridge said the dogs aren't yet ready to be fostered or adopted due to their medical needs and the open court case, but she believes all of them will physically recover and be able to learn social skills that will make them safe for adoption.

Mraz is scheduled to appear at the Lawrence County Court in Deadwood at 9 a.m. on Wednesday,

A pair of paws shows signs inbreeding among the dogs rescued Tuesday near Whitewood.

A female dog peeks out from her doghouse on Friday where she often hides, says Jennifer McCambridge, senior kennel tech at the Western Hills Humane Society in Spearfish.