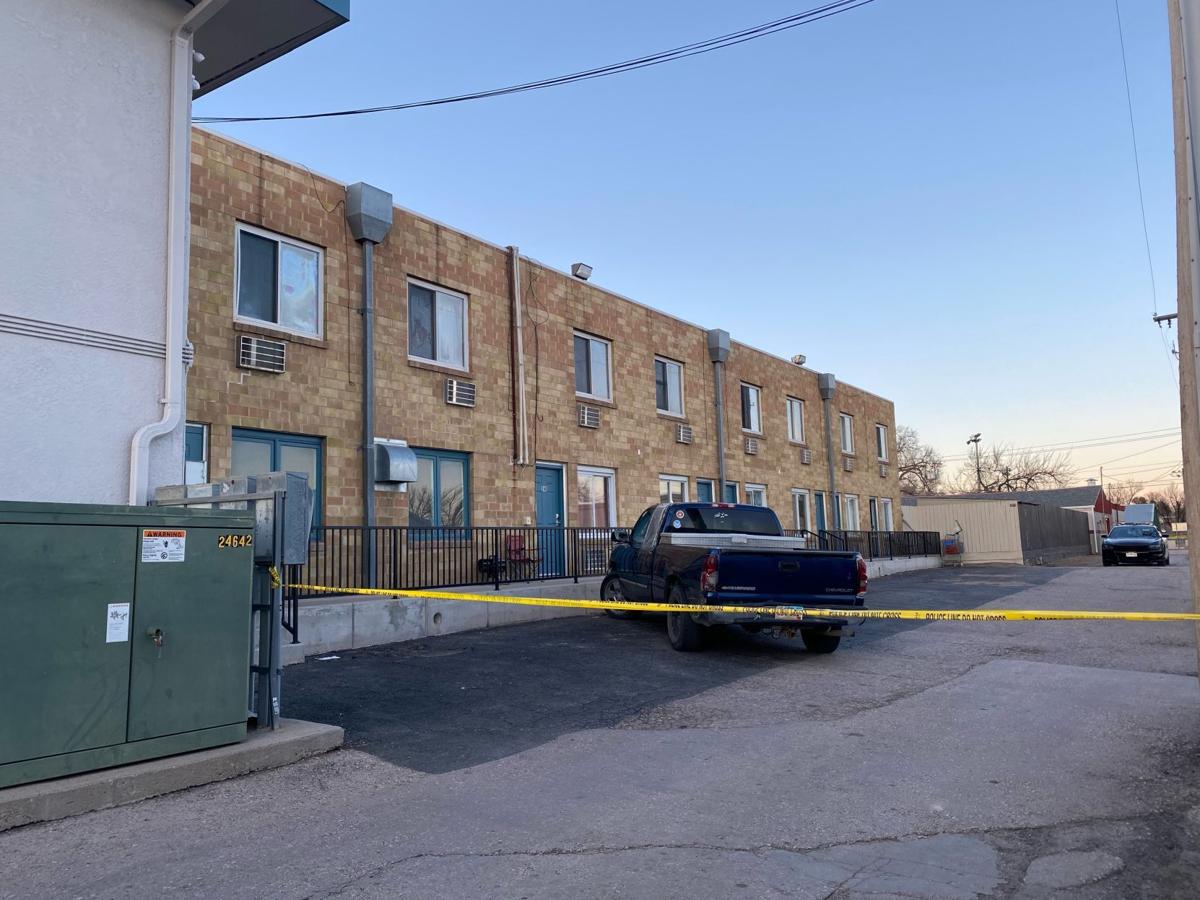 A man was found fatally shot inside a room at the South Dakota Rose Inn in Rapid City on Friday afternoon. 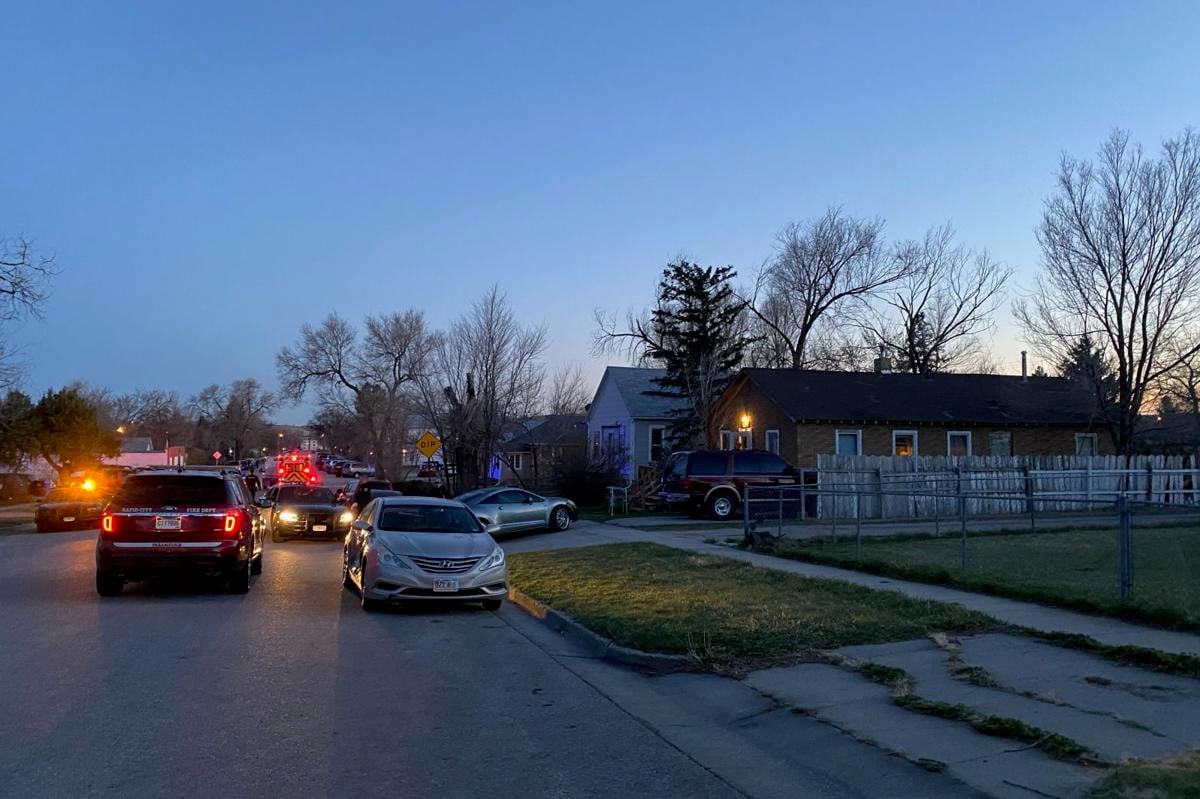 People inside a vehicle seen fleeing the shooting scene later fled into a house on Farlow Avenue, police say.

Law enforcement surrounds a home on Farlow Avenue that people who might be connected to the fatal shooting fled into on Friday afternoon.

Someone called 911 around 4:15 p.m. to report shots fired at the South Dakota Rose Inn on East Boulevard North, police spokesman Brendyn Medina said while standing near the scene were suspects were taken into custody.

Officers arrived at the motel, which has multiple buildings, and found a man in the area who had non-life threatening injuries, Medina said. The man was then taken to the hospital.

Medina declined to share how the man was injured.

Officers then found a man shot dead inside one of the motel rooms, Medina said. He said police are still investigating whether a gun was left at the scene.

Both victims are adult men but won’t be identified until their families are notified.

The shooting happened in a room in the east building of the motel complex. The room, which had yellow police tape across it on Friday evening, faces an alley and is across from a group of white storage units. The alley was also taped off and blocked by patrol vehicles.

Detectives located surveillance videos in the area and were able to identify a 2011 Hyundai Sonata as the suspect vehicle, Medina said. Witnesses told detectives they heard gunfire, described seeing the Hyundai flee, and were able to provide descriptions of those inside the vehicle.

Detectives alerted all officers to be on the lookout for the Hyundai and a patrol officer spotted it around 6:30 p.m. near the intersection of Nowlin Street and Farlow Avenue, Medina said.

The area is located in a residential neighborhood off Haines Avenue, just over a mile northwest of the motel.

By the time the officer turned around to stop the Hyundai, Medina said, the driver had parked the vehicle and the group inside the car fled inside a home, which was already filled with other people.

Medina said he didn’t know how many people were inside the vehicle and house.

Officers, some whom were speaking with civilians, stood outside a home on the west side of Farlow Avenue on Friday evening. An ambulance and medic vehicle were at the scene but Medina said he had no reports of injuries related to the incident.

The SWAT team is sometimes called out when suspects flee into buildings and might be armed, such as in this incident. Medina said the SWAT team wasn’t needed because while the suspects fled into the home, they maintained communication and were providing a “decent level of compliance” with officers.

Police and those inside the home were able to communicate by loudly speaking to each other, and the group inside the house surrendered and walked outside after about an hour, he said.

The entire group was detained but not arrested for questioning, Medina said.

“We’ve got our work cut out for us because we have a number of people that we need to interview about whether or not they were involved in the shooting and what information they can provide for us,” he said.

Medina said officers still have to determine who was responsible for the shooting, the relationships between the victims and people who fled in the car, and the connection between the group inside the car and the home they fled into.

“Anything’s a possibility at this point,” he said. ​

Are aliens not coming to Earth because of the cost?

Are aliens not coming to Earth because of the cost?

What is that mysterious 'blinking' object in space?

What is that mysterious 'blinking' object in space?

A man was found fatally shot inside a room at the South Dakota Rose Inn in Rapid City on Friday afternoon.

People inside a vehicle seen fleeing the shooting scene later fled into a house on Farlow Avenue, police say.

Law enforcement surrounds a home on Farlow Avenue that people who might be connected to the fatal shooting fled into on Friday afternoon.