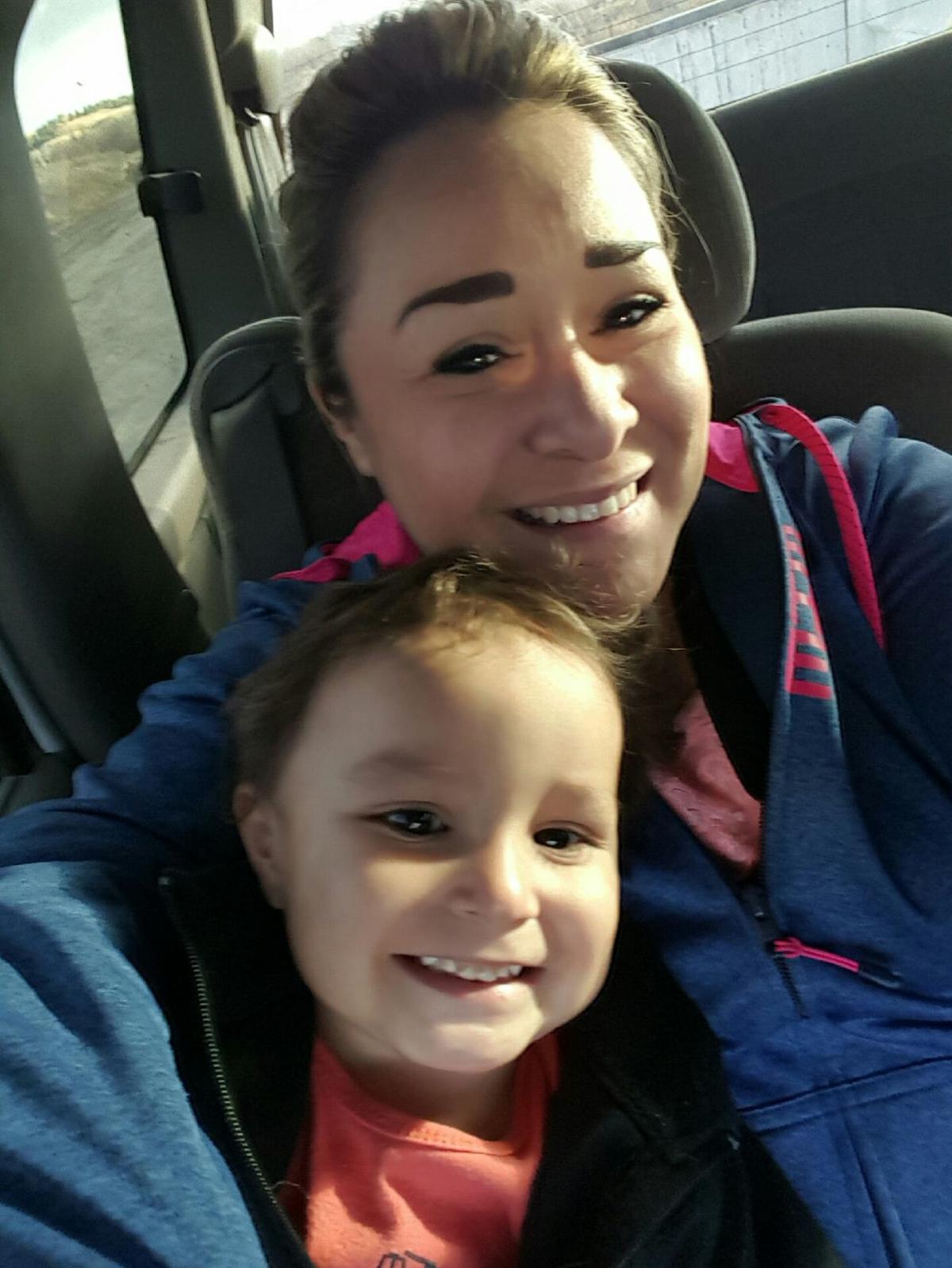 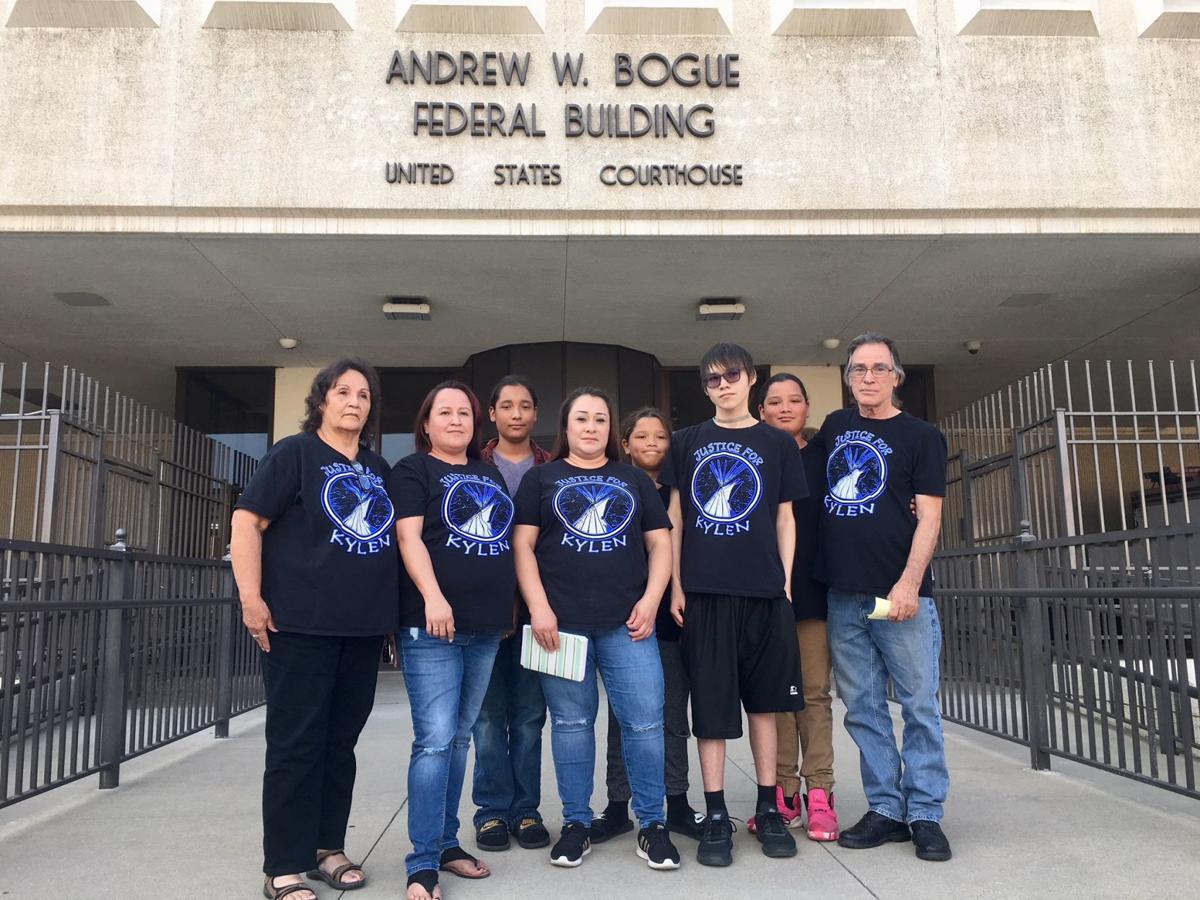 A woman who beat her 2-year-old son to death after the boy wet his bed was sentenced Tuesday to 40 years in federal prison.

Katrina Shangreaux, 30, had pleaded guilty to second-degree murder for killing her son, Kylen Shangreaux, at their home in Porcupine two years ago.

She admitted assaulting the toddler multiple times, including with a studded belt. She also threw him to the ground, kicked him in the abdomen and head, and bit him several times. An autopsy found the child died of blunt force trauma.

Kylen had 111 distinct external injuries, and about 70 percent of his body had been covered in bruises, Assistant U.S. Attorney Sarah Collins said at the Rapid City sentencing Tuesday afternoon. The boy also had broken ribs, bleeding in his abdomen and brain, and what looked to be cigarette burns on his head.

“The most shocking was the damage that she did to his scrotum,” Collins said, explaining that the boy’s privates had been torn and practically obliterated from Katrina’s beating.

U.S. District Court Chief Judge Jeffrey Viken was told Katrina called 911 after her son had already been dead for about three hours. Katrina had admitted cleaning up the boy and the crime scene with the help of her mother before police and medics arrived. After Kylen was pronounced dead, she went to White Clay, Neb., then Rapid City.

“By being more worried about cleaning up the scene, she assured his death,” Collins said. The prosecutor asked the court for a sentence of at least 40 years, similar to Lori Wisecarver’s sentence for killing a 2-year-old boy she had been raising. The recommended sentence was beyond Katrina’s federal sentencing guideline range of 27 to 33 years.

Kylen’s paternal relatives, however, wanted no less than life.

“You’re the last person who can give Kylen the justice he deserves,” his aunt Angie Shangreaux told Viken as she stood at the court lectern. “I’m begging for what would be a lifelong sentence for her.”

Angie and her mother, Patti Shangreaux, described how much Kylen had been loved and wanted by their family. The toddler apparently liked to run around in his diapers, listen to music and play on the computer with Angie’s three older sons.

Before returning to her seat, Angie turned to Katrina: “I hate you. I will never forgive you … You deserve hell.”

Angie, 38, had taken care of Kylen for about a year until Katrina got him back on June 1, 2016, following a custody battle in Oglala Sioux Tribal Court. On July 28, the boy was dead.

The previous night, after coming home to find that Kylen had wet his bed, Katrina said her anger toward the boy grew when he “gave her a sideways look” and also called her “Angie.” Katrina said she had consumed a lot of alcohol and taken pain medication.

When she called 911, she reported that Kylen was choking on apple juice and wasn’t breathing. Police initially thought the boy’s death had been accidental.

It was “one day that went wrong,” Katrina told the judge. “Not a second, not a minute goes by every day that I don’t think about losing him.” She said the biggest punishment she could be given is living without Kylen.

Her lawyer, Thomas Harmon V, said the fatal beating was a single incident, unlike the Wisecarver child abuse that spanned a month. He said Katrina was later diagnosed with depression, which corresponds with a friend’s testimony of Katrina’s state of mind after the birth of her fifth and youngest child in 2015.

Harmon requested a 16-year sentence to allow Katrina to be reunited with her children and receive treatment.

In pronouncing a sentence beyond Katrina’s guideline range, the judge emphasized the extreme nature of her actions. Viken described Kylen’s suffering as the “horrific, depraved, torturous, humiliating” death of someone helpless. He had reviewed 18 autopsy photos of the child, which were sealed from public view.

He also noted the length of time it took Katrina to call for help, as well as her cleaning up the crime scene.

In the past few years, Viken said, the court has seen an unprecedented level of violence against infants and children.

He ordered Katrina’s 40-year prison sentence be followed by five years of supervised release. This is one of the longest sentences for second-degree murder that the U.S District of South Dakota has seen in several years.

Prosecutors hoped “the sentence handed down will give the family some degree of closure,” U.S. Attorney’s Office spokeswoman Ace Crawford said.

Katrina’s mother, Sonya Dubray, is also being prosecuted in Kylen’s death. Her charges include tampering with evidence, accessory to first-degree murder, and making a false statement to authorities.

She has decided to go to trial, which is tentatively set for November.

Kylen's killing was among 14 homicide cases on Pine Ridge in 2016, an especially bloody year on the reservation. There were three homicides in 2017 and two so far this year, according to the FBI.

This human skull was mysteriously found in an Italian cave

This human skull was mysteriously found in an Italian cave

Beirut explosion: 'There are lots of patients suffering from anxiety, depression and PTSD'

Beirut explosion: 'There are lots of patients suffering from anxiety, depression and PTSD'

A former Oglala Sioux Tribal Court judge is suing tribal leaders to get her job back or be compensated, claiming she had been illegally terminated.

PINE RIDGE | The Oglala Sioux Tribal Council has terminated three tribal judges involved in giving custody of a 2-year-old boy to his mother, …

South Dakota declines to reveal drug to be used in execution

Arrest made in homicide near Wanblee

The Oglala Sioux Tribe Department of Public Safety says they have arrested a person in connection with a Saturday morning homicide east of Wanblee.

Building life around loss, Judy and Dennis Shepard continue to fight 20 years after their son's murder

The feeling arrives like clockwork in the fall. When the yellow school buses trundle down Casper streets. When cold winds that smell like snow…