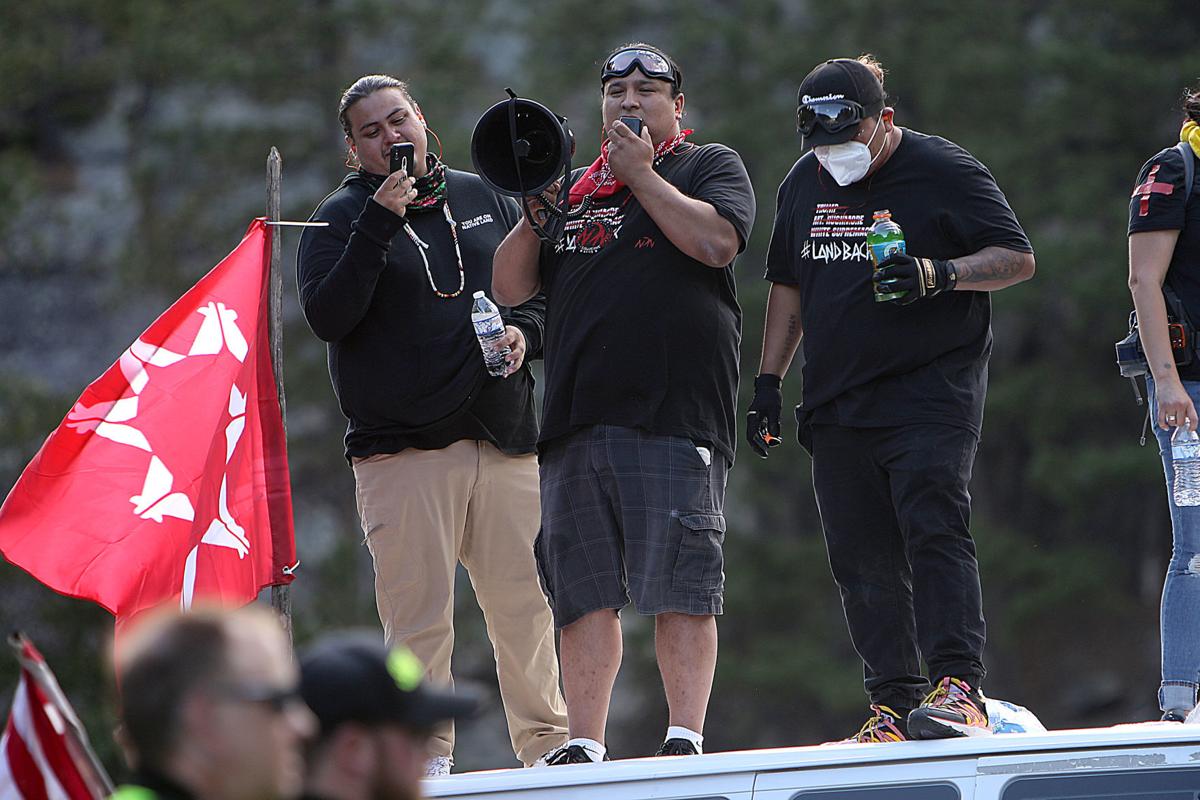 Nick Tilsen, center, stands on top of one of the vans blocking Highway 244 near Mount Rushmore during a protest on Friday. 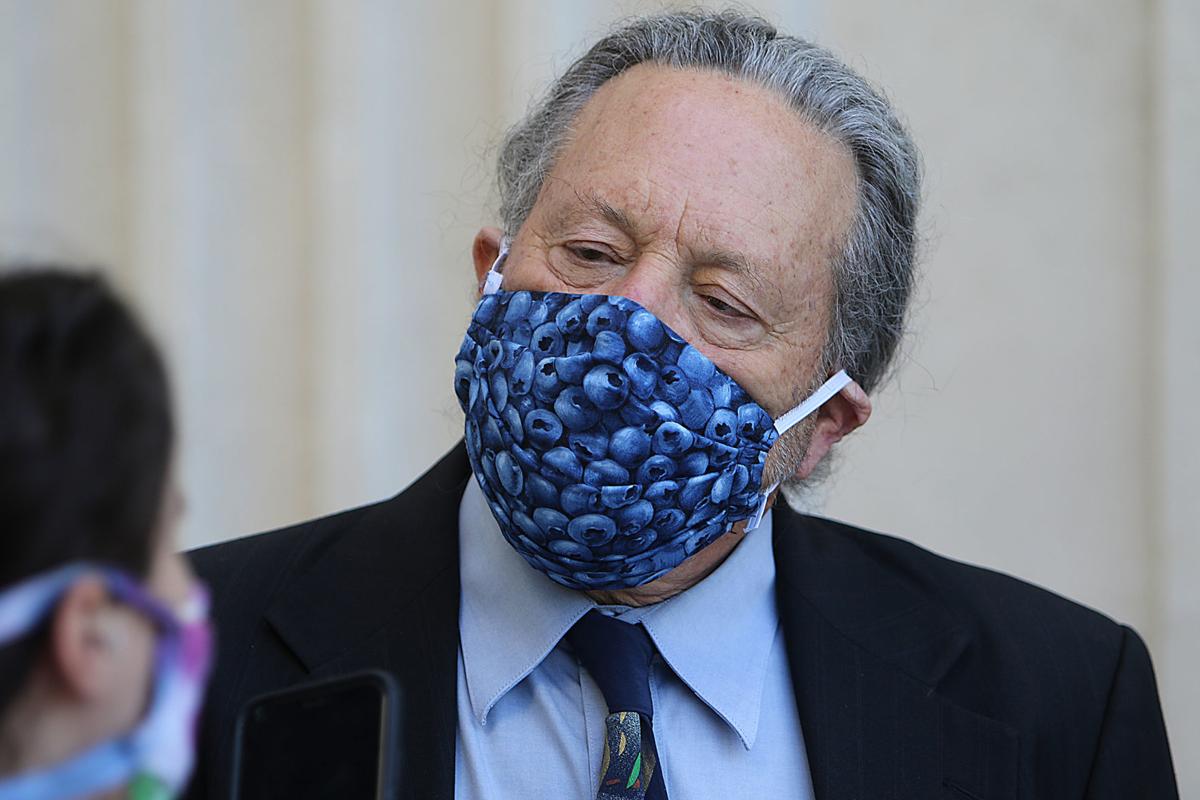 Defense lawyer Bruce Ellison speaks with the Journal outside the Pennington County Courthouse in Rapid City after Nick Tilsen’s initial appearance on Monday. 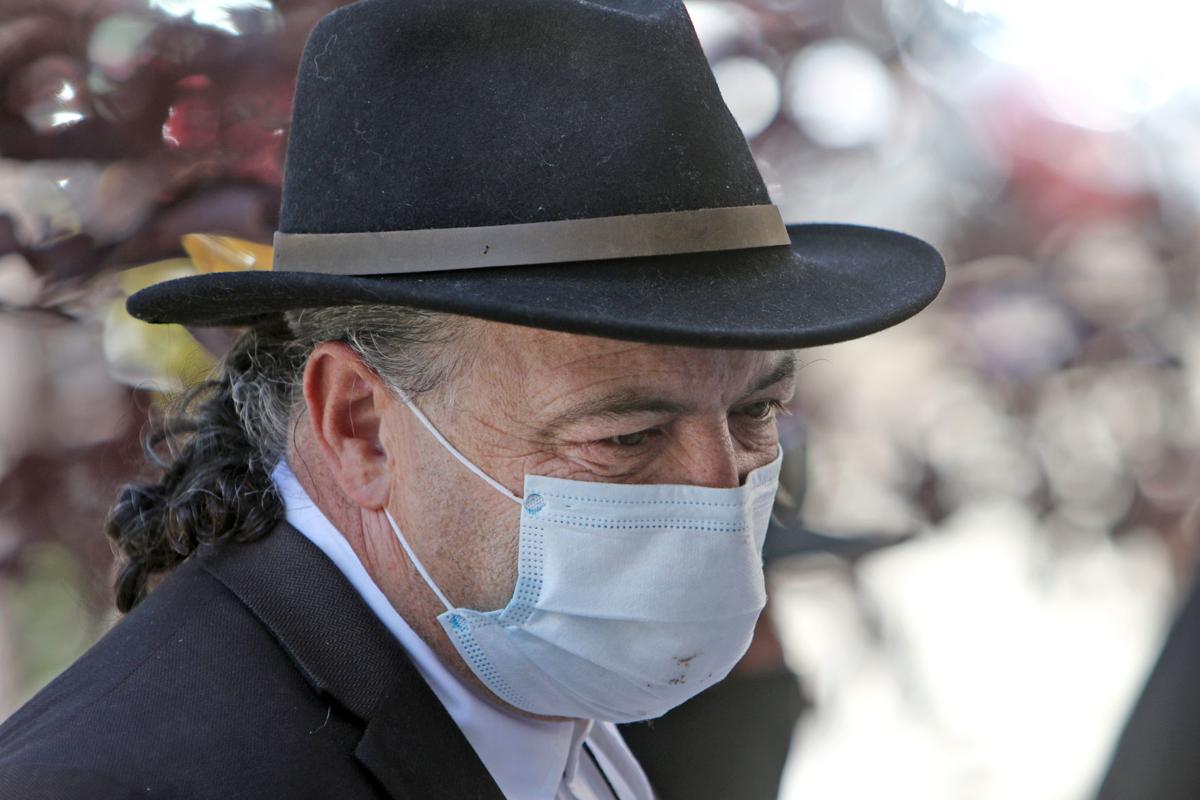 Mark Tilsen Sr. is interviewed by reporters after his son, Nick Tilsen, made his initial court appearance Monday at the Pennington County Courthouse in Rapid City. 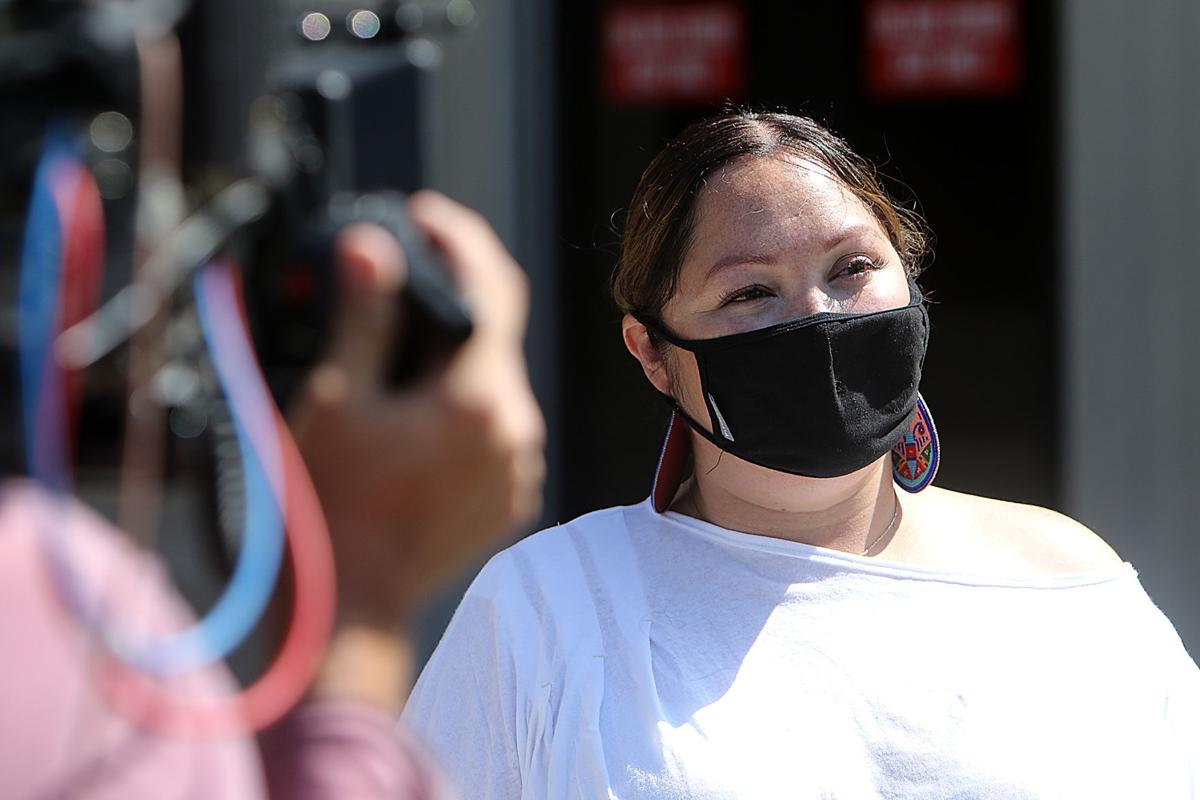 Kimberly Tilsen-Brave Heart is interviewed by reporters from MSNBC after her brother, Nick Tilsen, made his initial court appearance Monday at the Pennington County Courthouse in Rapid City.

A packed courtroom of supporters learned Monday morning that one of the protest leaders who helped shut down the highway to Mount Rushmore on Friday is facing five criminal charges, including two felonies.

Nick Tilsen is charged with second-degree robbery for allegedly stealing a shield from a law enforcement officer, a prosecutor said during his initial appearance at the Pennington County Courthouse in Rapid City. Tilsen is also charged with simple assault for allegedly assaulting the same officer.

The 38-year-old Porcupine resident — who appeared in court via a video feed from the Pennington County Jail — is also charged with three misdemeanors: impeding a highway, unlawful assembly and disorderly conduct.

Tilsen is accused of three kinds of disorderly conduct but can only be convicted of one: engaging in violent or threatening behavior, obstructing traffic or disturbing the lawful assembly at Mount Rushmore.

About 150 demonstrators used vans and their bodies to block a checkpoint — preventing ticket holders from reaching the event through that route — in order to protest the president and monument while calling for the Black Hills to be returned to the Lakota people. Tilsen was one of about 15 people who remained in the street knowing they would be arrested after a 30-minute warning to vacate.

Tilsen, a member of the Oglala Sioux Tribe and longtime social justice leader, was released Monday afternoon after posting a $2,000 bond.

Bruce Ellison, Tilsen’s defense lawyer, had asked Magistrate Judge Sarah Morrison to issue a personal recognizance bond, meaning Tilsen wouldn’t need to pay any money to leave jail. A prosecutor with the Pennington County State’s Attorney Office requested a $2,500 cash-only bond and for Tilsen to be required to wear an ankle monitor that would have restricted his travel to Pennington County.

The prosecutor said Tilsen was involved in the protest which “became violent” and stole a shield from a law enforcement officer, making her “frightened for her life.”

Ellison shared that Tilsen was the founder of the Thunder Valley Community Development Corporation and listed the awards and fellowships he’s received. He said his client has family support, strong ties to Rapid City, didn’t resist arrest, and isn't a danger to society or a flight risk. Ellison also said an ankle monitor would mean Tilsen wouldn’t be able to go home to Porcupine or visit his daughter — one of his four children — in the Twin Cities.

Morrison said the request for an ankle monitor was not “necessary or appropriate” and set the $2,000 bond.

Tilsen’s lawyer and family believe law enforcement and the state’s attorney's office are targeting Tilsen for his role at the protest.

“He’s been treated in an unusual manner” because “he’s been identified as someone who had a leadership role," Ellison said after the hearing. "Asking for electronic monitoring would have been highly restrictive and really totally unnecessary."

“There’s a long history of persecuting leadership and trying to separate leadership away from the groups they work with,” it happened during the labor, civil rights, and Native American movements, said Nick’s father, Mark.

Mark — who created the bison-based Tanka Bars and is involved in environmental and Indigenous rights campaigns — said it’s ironic his son ended up missing Independence Day weekend for his “patriotic act of using his rights.”

Ellison said he can’t yet comment on the evidence of the case, but the team “will be looking at every possible legal and factual defense in this case.”

Pennington County State’s Attorney Mark Vargo filed the charges against Tilsen but was not the prosecutor in court.

Vargo told the Journal that he’s not aware of the specific reasons why Tilsen remained in jail when others were released. He said defendants booked into jail over the weekend and charged with crimes without a specific victim — such as disorderly conduct —may be automatically released by the jail or after posting a bond set by a judge who reviewed the case outside of court. But he said defendants accused of crimes with a victim as in Tilsen's case usually have to wait for bond to be set in court so the victim has a chance to provide input if they desire.

Vargo declined to comment about the ankle monitor request and accusations that law enforcement and his office were targeting Tilsen for his role in the protest. He also wouldn’t comment on the evidence against Tilsen but said he is the only protester charged with stealing the shield.

The Journal has seen a Unicorn Riot video of Tilsen pushing a shield against a row of riot police who walked towards and used their shields against protesters. The Journal has seen photos of other protesters holding the shield but no footage showing which person took it. The shield was later returned to or retrieved by police with the words “land back” spray painted onto it.

Tilsen’s police report was not immediately available but Vargo said a redacted version should be available later Monday.

Morrison said she found probable cause for Tilsen’s misdemeanor charges but that a preliminary hearing or grand jury would be needed to decide whether there is probable cause for the felony charges. Those court hearings have not yet been scheduled.

Kimberly Tilsen-Brave Heart said her brother is a kind and respectful person. She said it’s important to remember he was protesting on land taken from the Lakota people after settlers and the federal government broke the 1868 Treaty of Fort Laramie.

Mark Tilsen said he hopes the protest and his son’s arrest will inspire a greater conversation about that topic. Tilsen said while a 1980 U.S. Supreme Court ruling recognized that the Black Hills were illegally stolen, the issue is still not resolved.

“It’s time to have real conversations about that,” he said.

Mark said there also needs to be an investigation into the Pennington County Sheriff’s Office for how it handled the protest on Friday.

Law enforcement was “very focused on the non-violent demonstrators, but they didn’t put any effort into protecting the public from this drunk racist scene” in downtown Keystone where some Indigenous people were taunted and assaulted, Mark said. He said a man threatened to kill him and an officer who overheard it didn’t do anything about it.

The Journal witnessed or has seen footage of protesters and counter-protesters being handcuffed near the demonstration and in downtown Keystone but has not yet reviewed court documents related to those arrests.

Tilsen-Brave Heart said her brother’s arrest has been hard on the family.

“When someone that you love is inside, it feels like we’re inside. I feel like I was kind of frozen in time for three days,” she said, adding that it was hard for her to sleep and eat.

At the same time, Tilsen-Brave Heart said the family has received an “outpouring of love and donations and contributions and support” from all over the world. “We’re just so thrilled and excited that he’s going to get out.”​

Nick Tilsen, center, stands on top of one of the vans blocking Highway 244 near Mount Rushmore during a protest on Friday.

Defense lawyer Bruce Ellison speaks with the Journal outside the Pennington County Courthouse in Rapid City after Nick Tilsen’s initial appearance on Monday.

Mark Tilsen Sr. is interviewed by reporters after his son, Nick Tilsen, made his initial court appearance Monday at the Pennington County Courthouse in Rapid City.

Kimberly Tilsen-Brave Heart is interviewed by reporters from MSNBC after her brother, Nick Tilsen, made his initial court appearance Monday at the Pennington County Courthouse in Rapid City.