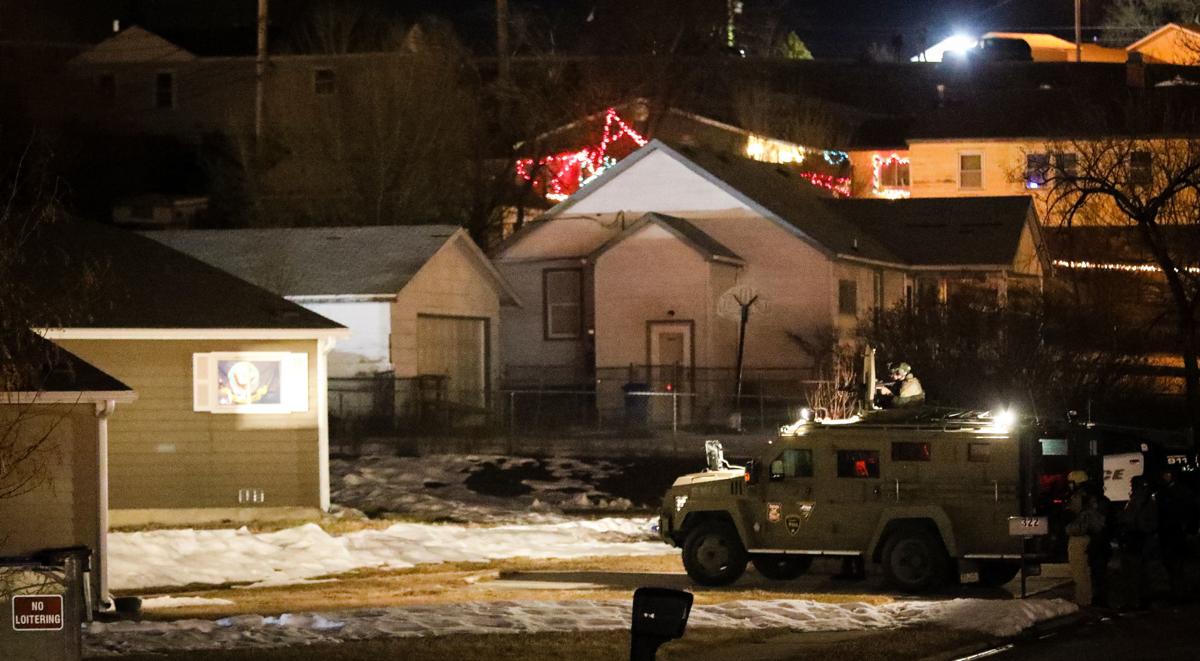 The SWAT APC sits illuminates the house where Colton Bagola was at on the 300 block of Curtis Street in Rapid City on Friday evening. 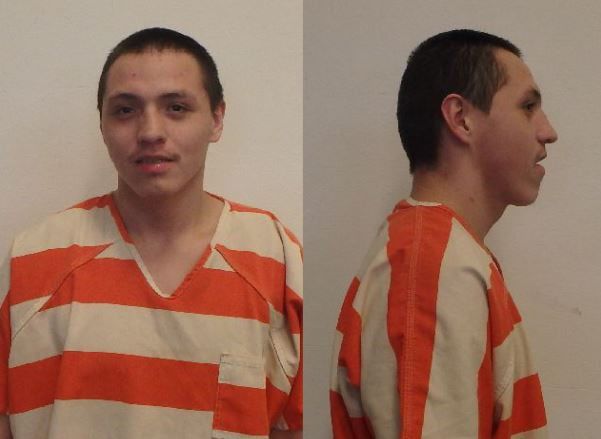 The murder suspect in last week's shooting in Pine Ridge shot the victim in the back of the head after speaking about wanting or needing to kill someone, according to the federal affidavit for his arrest.

Colton Bagola told people he was "wanting to kill somebody," a woman told a Bureau of Indian Affairs agent, the affidavit says. Bagola said he "needed to take a soul," a man told an FBI agent.

Bagola, 26, allegedly shot Sloane Bull Bear, 30, in a Pine Ridge apartment early on Dec. 17, according to the affidavit and his criminal complaint. He was arrested Friday on the 300 block of Curtis Street in Rapid City after a brief standoff with the Special Response Team.

He pleaded not guilty Monday to second-degree murder at the federal court in Rapid City. None of his family members attended the hearing, and a relative of Bull Bear declined to be interviewed.

An unknown person called 911 at 3:05 a.m on Dec. 17 to a report a shooting but hung up before an exact location could be gathered, the affidavit says. A woman called back at 3:39 a.m., identified herself and explained where Bull Bear had been shot. The FBI agent found a shotgun underneath the kitchen table at the apartment and a trail of blood leading from the kitchen towards the living room. He found Bull Bear on the ground with his head and chest outside the doorway and the rest of his body inside the apartment. An autopsy the next day revealed he had been shot in the back of the head at close range.

How Bagola allegedly shot Bull Bear and how law enforcement identified him as the suspect and tracked him to Rapid City is detailed in the affidavit, which relies on descriptions of interviews between witnesses and the BIA and FBI agents:

The woman who called 911 said people had gathered at the apartment to drink. She said she and Bull Bear arrived just after midnight, and Bagola and a man she didn't know who looked like a cowboy arrived 10 to 15 minutes later. She said Bagola kept staring at her, and Bull Bear asked if she was ready to leave.

She said she heard a "pop" as they walked out the door and Bull Bear ended up on the ground, snoring. She said she saw Bagola and another man run away from the apartment, and she left to go to a friend's house. She said the resident of the apartment where Bull Bear was shot was also at this friend's house, and he told her that Bagola had told him he had a .38 caliber handgun and was "wanting to kill somebody."

The woman told the FBI agent that she called 911 at 1:28 a.m. but the call didn't go through. When the agent asked why she waited two more hours to call back, she said other people at the party were scrambling around looking for their things. The agent asked if they were looking for "dope" and the woman said she hadn't seen any, but it's possible.

On Dec. 18, an Oglala Sioux police officer called the FBI agent to tell him that one of Bagola's relatives told him that another relative said that Bagola was sleeping on her couch at the 300 block of Curtis Avenue in Rapid City. A relative told another agent that Bagola had left to get food with his girlfriend and hadn't returned to the home, and that the girlfriend said she was with Bagola the night of the shooting.

On Dec. 20, the FBI agent learned the apartment resident had been arrested by Oglala Sioux police. The man told the agent that Bagola was the one who shot Bull Bear. He said Bagola put a silver revolver on a table, was acting weird, said he "needed to take a soul," and listed the people he could kill. Bagola then left but returned with the unknown man after Bull Bear and the woman arrived.

The man said after Bull Bear got up to leave, Bagola "whipped" out a gun and shot Bull Bear, who slumped over and started bleeding. He said he and the woman then got into Bull Bear's car and drove to Oglala where they tried to call 911. He said the call didn't go through so they went to their friend's home in Pine Ridge, where the woman called 911 again.

Later that day, the FBI agent interviewed the man who allegedly ran from the home with Bagola. The man said he had his head down when Bull Bear got up to leave but he heard the gun go off, saw Bull Bear on the ground, and saw Bagola run with a gun. The man said he went to an "old folks" home before gong to his girlfriend's home. He also mentioned that Bagola would often pull out and play with his silver gun.

The FBI agent then had his arrest warrant signed by a judge, the SRT surrounded the Curtis Street home and Bagola surrendered at 5:50 p.m.

Bagola will remain in the Pennington County Jail until 1:40 p.m. on Dec. 30, when he will be brought back to court where a judge will determine whether he will be detained or released pre-trial. He is scheduled for a preliminary hearing — which determines whether there is probable cause to continue the case — at 1:20 p.m. on Jan. 6 but he may be indicted before then.

The first of four defendants accused of murdering a man in 2016 outside a Pine Ridge youth center is set to plead guilty — but not to murder.

An 81-year-old man died from apparent health issues after evacuating from an apartment building where two men were fatally killed Sunday, acco…

The FBI has identified the victim killed in Pine Ridge last Friday, but law enforcement agencies have released little other information about …

The SWAT APC sits illuminates the house where Colton Bagola was at on the 300 block of Curtis Street in Rapid City on Friday evening.