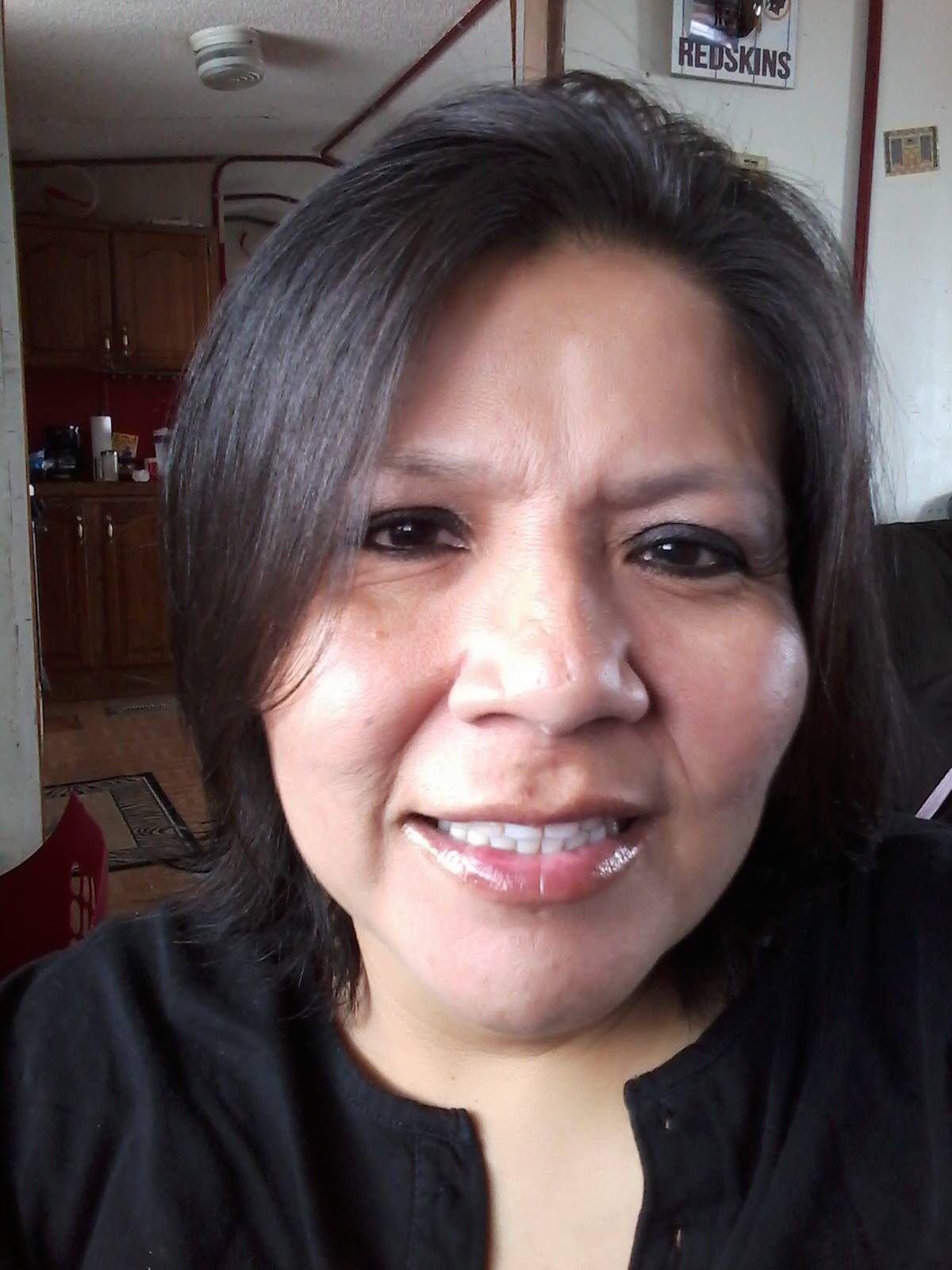 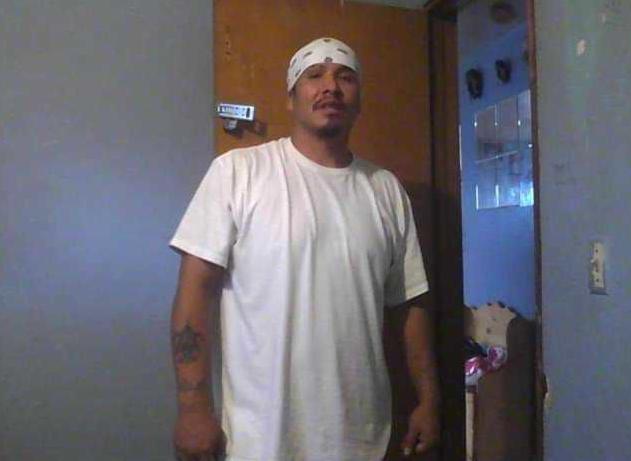 McMillan, 43, was found dying on Brown's couch in Pine Ridge with wounds on his back and another in his chest that pierced his lung and heart. Brown said she stabbed him with a screwdriver she found on the ground after he attacked her with a tree branch.

A jury of six men and six women arrived at the verdict after deliberating about four-and-half hours.

"I wish you the best in life going forward," Judge Jeffrey Viken said. "You are free from custody, you are free to go," he told Brown, who's been incarcerated at the Pennington County Jail since July 3.

Brown and her family members quietly cried as the verdict was announced while McMillan's family sobbed and walked out of the courtroom at the federal building in Rapid City.

Catches said she wants this trial to be a lesson on the dangers of domestic violence and alcohol and drug use.

"This is the end result of these violent relationships, and I hope that women and men out there really think about their own lives when they see this because this is what happens," she said.

Catches described Brown — who has seven siblings and seven children — as a "very caring person" who "always looked after her siblings and she's always tried to provide a home for those that she loved."

"Whatever's next for her, I think the new door that's opening for her, I'm sure is going to be a good one," Catches said. "She's going to succeed there whatever it is that she chooses to do."

It's unclear where Brown will live once she's released from jail since court records say her house was burned down after the stabbing.

McMillan's family and the U.S. Attorney's Office said they did not want to make any statement about the verdict. McMillan is survived by his father, three sons, two brothers and two aunts, according to his obituary.

The jury came to its decision after listening to two days of testimony from Brown, a psychologist who studies domestic violence, and Brown and McMillan's neighbors and family members. They also heard from a technician who tested the couple for drugs — both had meth in their system — and law enforcement who responded to the scene and interviewed Brown.

Jurors viewed police body camera footage showing Brown's arrest and McMillan slowly dying as officers waited about 20 minutes for an ambulance to arrive before driving him to the nearby hospital themselves. The doctor who performed the autopsy testified that it was highly unlikely McMillan could have survived the chest wound even if he had been taken to the hospital immediately. Jurors also listened to Brown's formal interview with detectives.

Brown was a domestic violence victim but there's no evidence she was being seriously threatened when she stabbed McMillan, Sazama said. Therefore Brown wasn't acting in self-defense and she had no legal justification to stab her boyfriend.

Sazama said a doctor testified that the large dark bruise on Brown's side was an old wound, not a new one from being hit by a tree branch. And she pointed to videos that show Brown easily walking around and telling a nurse that she wasn't in any pain.

If it was a more serious attack that might have justified using deadly self-defense, Sazama said, Brown would have asked for help like she had in previous instances. No tree branch or any wooden weapon was found in the area, and McMillan hit Brown with his hands, not objects, she added.

Sazama said the autopsy found McMillan had wounds on his back, something that's not consistent with self-defense. Brown "provoked" her boyfriend by poking him in the back with the screwdriver, McMillan turned around, and Brown then stabbed him in the chest, Sazama said.

It's convenient and suspicious that Brown remembers what happened before the stabbing but "forgot every moment that doesn't help her," Sazama added.

How was Brown so traumatized that she can't remember stabbing her boyfriend but remembers details like seeing a screwdriver with a yellow and black handle, Sazama asked. Perhaps she can't remember since she was drunk and high on meth, not because she was having a flight-or-fight reaction from being abused, she said.

Sazama said Brown's "story begins to take shape" when she realized that detectives knew what she did. She then further "embellished" details after being interviewed by the psychologist hired by Albertson.

Brown acted with malice since she didn't call 911 for McMillan, "leaving him there to die," Sazama said. She later returned home and "went to bed like nothing happened."

Sazama also went through Brown's statements that were recorded in the hours after the stabbing.

"I know," Brown said as she was told she was under arrest. "I killed that (expletive). I know I did," she said in a patrol car. "He's probably dead. Is he dead?" Brown said when leaving the hospital.

"I don't think I want to tell you what I did to Donnie," she said during her interview before admitting she stabbed her boyfriend once in self-defense. Brown later said she must have blacked out once she was told McMillan had multiple stab marks.

Albertson said Sazama didn't prove beyond a reasonable doubt that Brown wasn't acting in self-defense. And someone doesn't need to be on the "verge of death" to engage in self-defense, she said in references to Sazama's statements about Brown's lack of serious injuries.

"She just wanted him to stop so she could get away," Albertson said, adding that no one testified that Brown had a history initiating physical attacks.

Once Brown woke up after blacking out, Albertson said, she immediately went to her cousin's house and told him and his girlfriend that she stabbed McMillan after being attacked with a tree branch. She also immediately told the detectives that she acted in self-defense after being hit with the branch.

If Brown makes contradicting statements and questions in video footage, Albertson said, it's because she was trying to figure out what happened to her boyfriend and why she was under arrest at gunpoint by federal agents.

And she said all of Brown's actions must be looked at in the context of how she normally acts as a domestic violence victim. Even when Brown was severely beaten, she didn't call 911 because she didn't want McMillan to get in trouble, Albertson said. It was always a friend who called police for her. Brown also didn't have a phone that day.

Albertson said Brown didn't report that she stabbed McMillan because she didn't realize how seriously he was hurt.

"Nobody knew that Donnie was hurt that badly," Albertson said in reference to a police officer who said the wound looked "superficial."

Brown left once police were called because she thought she would be arrested for being intoxicated (drinking is illegal on the Pine Ridge Reservation) and she hated the painful withdrawal symptoms she has when sobering up in jail, Albertson said. She wasn't afraid of being arrested for hurting her boyfriend since she didn't know he was seriously injured or dead.

Albertson said her client didn't make up new details about June 27 but began to share new things once people cared about her and asked more questions. She pointed to body camera footage that shows a handcuffed Brown telling a nurse that she's a domestic violence victim but has no pain, and the nurse doesn't probe any further. Officers and detectives also didn't ask Brown details about McMillan's alleged attack, she said.