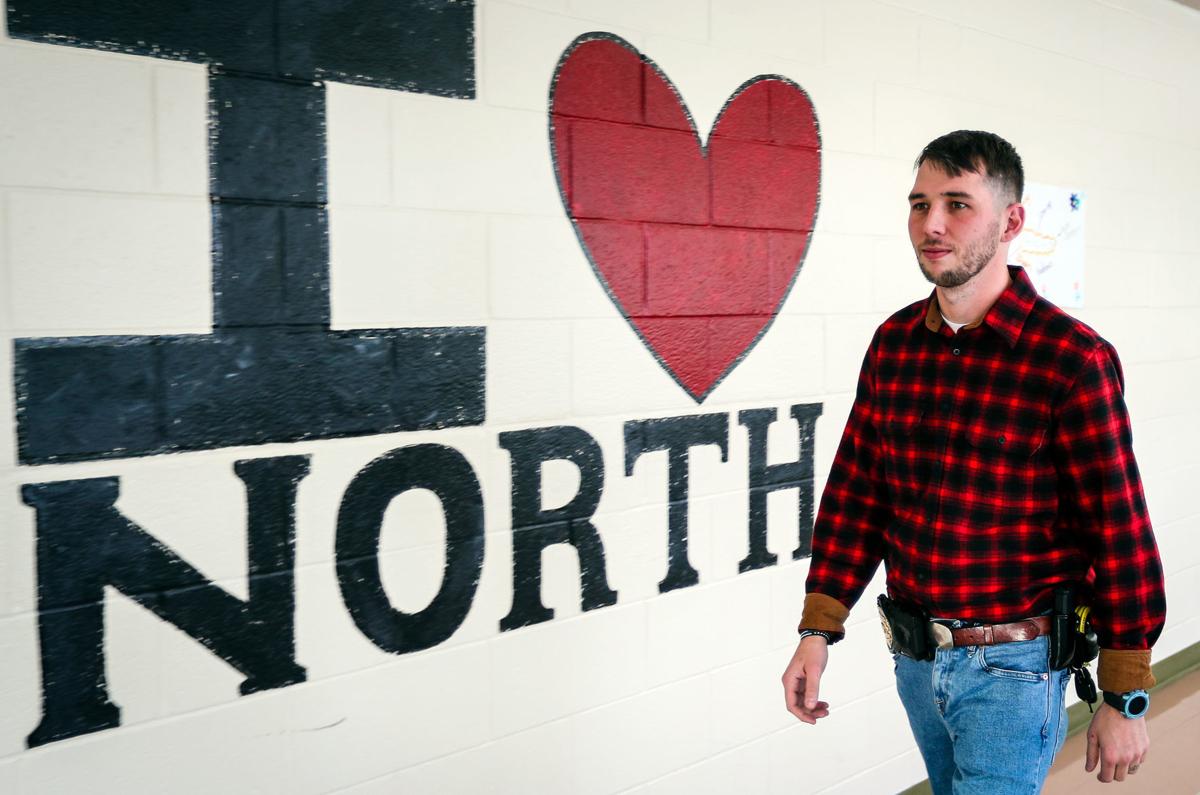 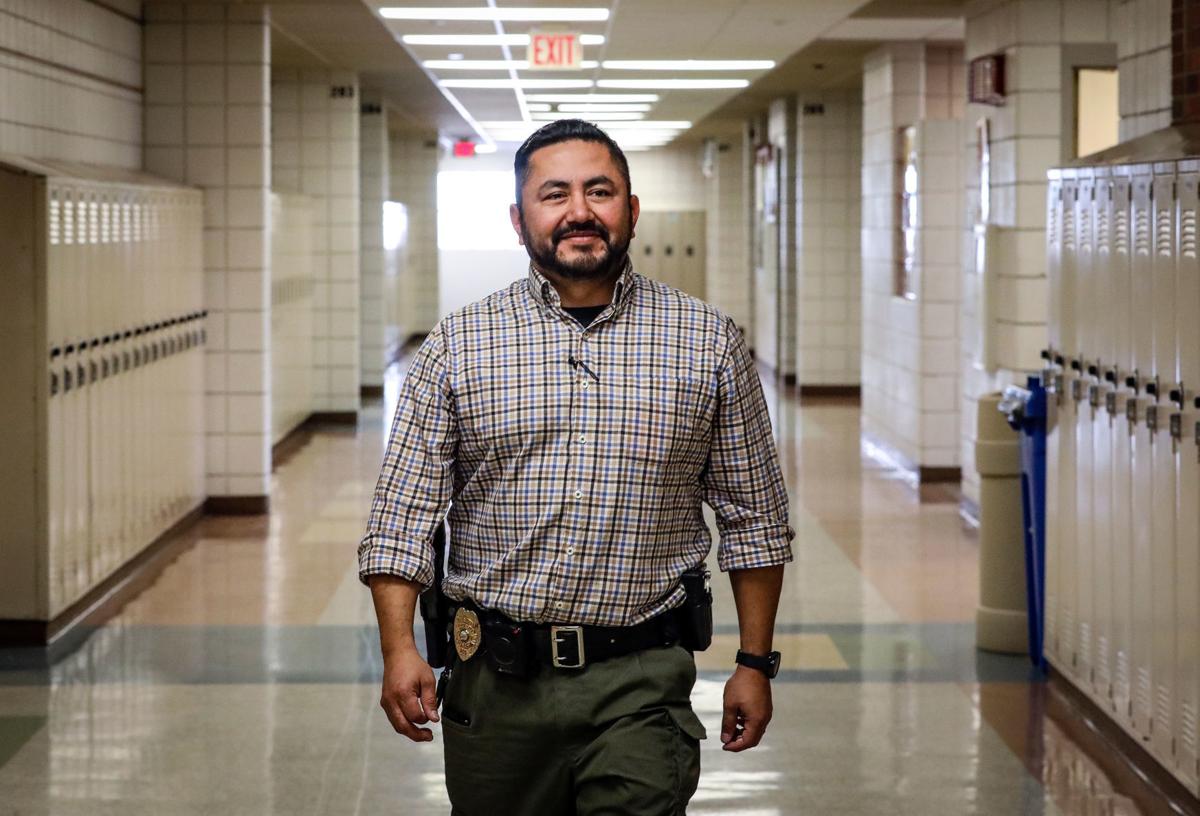 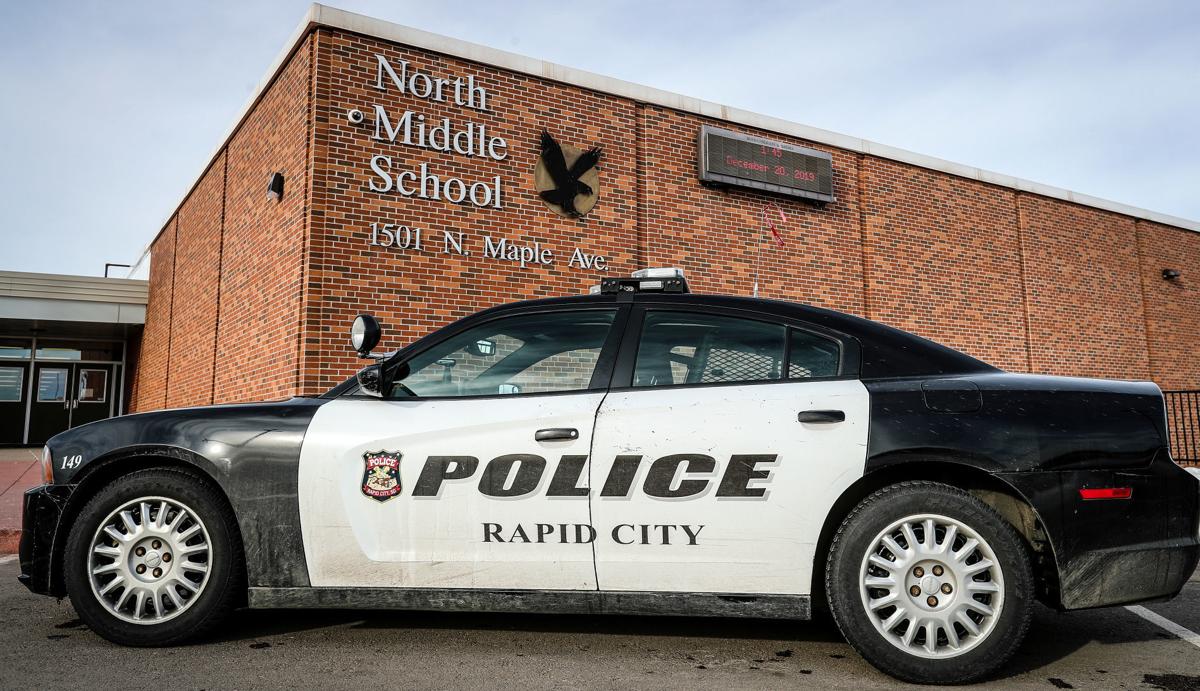 Public safety and education officials say they're seeing an increase in serious juvenile crimes and are frustrated that the criminal justice system and community resources aren't stopping repeat offenders.

"We have serious concerns for the safety of these repeat juvenile offenders, the general public and our officers," the South Dakota Fraternal Order of Police, the Rapid City Police Department and Rapid City Area School said in a news release.

South Dakota implemented juvenile criminal justice reform in 2015 and the organizations say now's the "time to re-evaluate what the effect has been of those changes, both good and bad, and what modifications need to be made for the sake of public safety."

"It's a frustration on our part that we are constantly dealing with the same juveniles over and over and over," said Sgt. Tim Doyle, who oversees juvenile operations in Rapid City and serves as the vice president of the FOP.

He said there's a group of 10 children repeatedly committing serious felonies and there's between 20 and 40 of them with multiple kinds of felonies.

"The ones that it doesn't work for, we need to stop recycling through the same programs just so we don't lock them up ... it should be about are we changing the behavior," Doyle said.

Pennington County States Attorney Mark Vargo and RCAS Assistant Superintendent Matthew Seebaum agree with Doyle. They said they don't want return to when South Dakota had the second highest rate of juvenile commitments in the nation, but reforms may have gone too far in determining who can be committed, and communities need more money and resources to help these children and their families.

The reform "was in part a reaction to over-placement and now we're dealing probably with under-placement," said Vargo, who served on the work group that made the reform recommendations. My office is "in favor of leniency if it comes with a change of behavior," but "there is a group of kids for whom this system is not working and they are continuing to cause havoc in the community."

What the data shows

Data shows that statewide juvenile arrests are decreasing for the first time since the reforms were passed, while there's been a steady increase in probation completions coupled with a steady decrease in commitments to the Department of Corrections. But local data shows that certain crimes have steadily increased over the years, while others have had recent significant spikes. 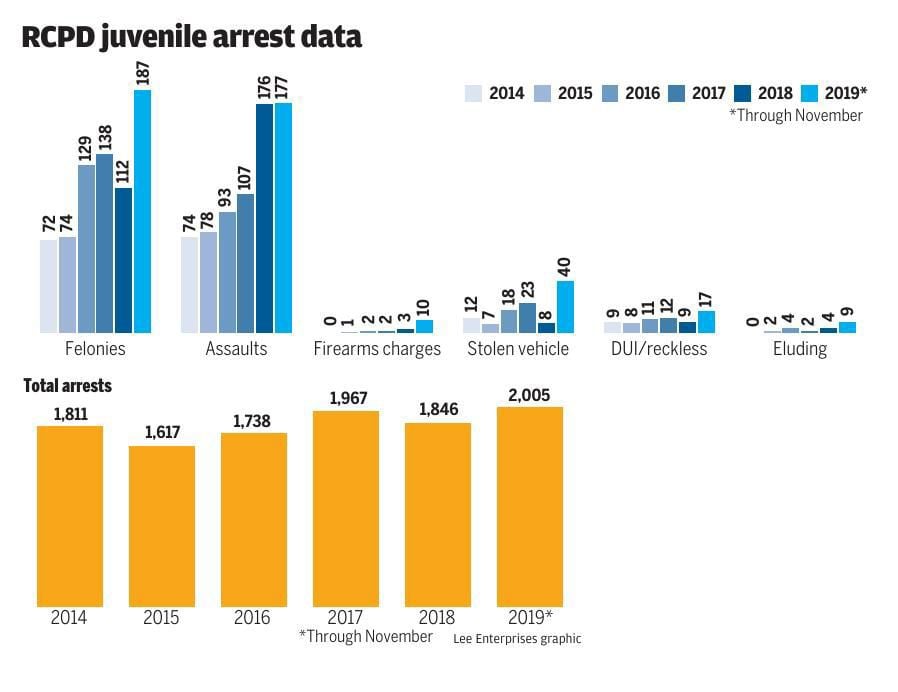 RCAS has seen a decrease in overall criminal behavior in the first 13 weeks of this school year compared to last fall, but has seen an increase in serious incidents where the school and police find that a student poses a serious threat to themselves, the school or the community, Seebaum said. None of these incidents occurred during this time period last year while there's been 10 this year — eight of them at middle schools. 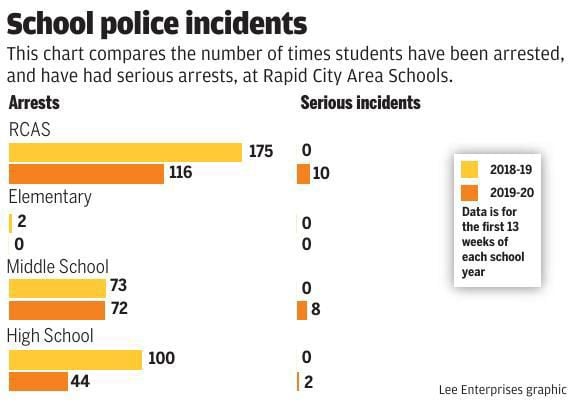 Joanna Lawler, supervisory attorney for juveniles at the Pennington County Public Defender's Office, urged caution in responding to these concerns and local trends.

"I want to be careful about modifying or changing everything that we've been working on the past few years because of a very small subset of kids," she said. "I think the important thing is that we don't give up on these kids" because they might be the ones who need the most help and attention.

Lawler also said it would be unwise to assume that committing these children would solve the problem.

Before South Dakota passed the Juvenile Justice Public Safety Improvement Act (JJPSIA) in 2015, nearly half of all youth committed to the DOC were sent back within three years, according to the CJI report.

A DOC commitment is any time a child is sent to a residential facility away from their family, whether it's a prison in North Dakota or a local behavioral treatment center like the Children's Home, said Vargo, adding that commitments were "too high, too expensive and not very effective."

The reforms were passed to decrease the number of commitments, encourage diversion programs and alternatives to detention, and lower costs and recidivism. Vargo said the work group examined data that showed children were more likely to recidivate after being committed.

"If you take a kid out of the home, there are consequences to that even when the home isn't a great environment," he said.

Before the reforms, juveniles could be committed if they were convicted of a felony, Lawler said, but they could also be committed for misdemeanors, such as truancy, if they broke probation rules several times.

Now, Vargo said, DOC placements are "options of last resort" and only available under very specific circumstances. "It has had a significant impact on the willingness of judges to place children out of the home," he said.

Under these rules, Vargo said, children who repeatedly commit non-violent crimes that may still be very disruptive to schools and the community (such as drug crimes, simple assaults and stealing cars) can't be committed unless a judge finds they pose a physical risk to others. Other children can be sentenced to spend a short time in jail and serve probation, which can require individual and family therapy.

Vargo said judges try to follow the spirit of the law and think about whether committing someone will help or further harm them — that they aren't just trying to save money or make sure statistics look good.

The FOP has communicated its concerns with the JJPSIA Oversight Council, which has itself already discussed possible changes.

The group's draft recommendations to the Legislature include letting judges commit youth convicted of drug dealing or causing at least $5,000 worth in property damage if the court finds they have a high chance of offending.

Other recommendations include expanding crisis beds and therapeutic homes, increasing funds for the diversion incentive program, and identifying students with childhood trauma to make sure they and their family receive support services to prevent the student from ever entering the criminal justice system.

Everyone interviewed by the Journal said there's no one reason to explain the rise in certain kinds of crimes and behavior of the repeat offenders, but they said many of these youth feel no hope for the future, join gangs to feel a sense of belonging, are susceptible to peer pressure, and come from families dealing with issues such as poverty, domestic violence, mental health, drug use, incarceration and trauma.

Lawler said asking her clients why they committed a crime is "usually an exercise in futility" because they themselves can't explain why they did it. She said most of her repeat offenders eventually age out of their behavior or will stop if they find a probation officer or teacher they connect with.

Doyle said that feelings of hopelessness or like they have no supportive adults in their life can lead to kids not caring about consequences for the future. He and Seebaum say that teens have learned what kind of crimes they can do without getting committed and have directly told them that they know there won't be serious punishment for their behavior.

One example of teens not fearing consequences, Doyle said, was during an October incident where guns were fired in a neighborhood. He said witnesses pointed officers to the car the four teenage suspects were in and when officers surrounded the car with weapons drawn in case the teens still had a gun with them, the teens laughed and flipped off the officers. The youth were arrested after shell casings that matched the shooting crime scene were found in their stolen car, police said at the time.

RCAS sees most crime coming from Central High School and South, North and East middle schools, Seebaum said. Doyle said students have assaulted teachers and one student lit paper on fire in the middle of class and said she did it because she was bored.

Lawler said the state should continue to invest in evidence-based therapy to help kids and their families and increase therapists and conflict-resolution in schools.

RCAS has changed its discipline matrix to be more restorative and hired more therapists, Seebaum said. But across the state, nearly a quarter of all students attend schools with police officers but no mental health professionals, while 83 percent attends schools without the appropriate student-to-counselor ratio, according to an ACLU study on the school-to-prison pipeline.

Brendyn Medina, spokesman for the Rapid City police, did not provide a racial breakdown of juvenile arrests in Rapid City. He said the department would have to comb through data to find out and "it is not our intention to view this as an issue of race, rather, an overall safety issue for juveniles in our community."

Vargo said more people working with youth on the "front lines" — school police officers, counselors, probation officers, etc. — should be on the JJPSIA Oversight Council since they know what's happening on the ground and may have the best solutions. He said the probation sanctions matrix may need to be reformed so officers have more flexibility in bringing kids back to court, and the state may want to study if more therapeutic inpatient programs create less recidivism than juvenile prisons or boot-camp style programs.

Doyle said he also wants probation officers and judges to have more discretion. He also says social services need more resources to help kids and their families, ideally before they ever get involved in the criminal justice system.

"If that means that we need to spend more money, then that's what the state has to look at," he said.

The man accused of fatally shooting another man in Pine Ridge earlier this month will remain in jail until he goes trial, court records show.

DA: 'No one' ruled out in movie shooting probe

DA: 'No one' ruled out in movie shooting probe