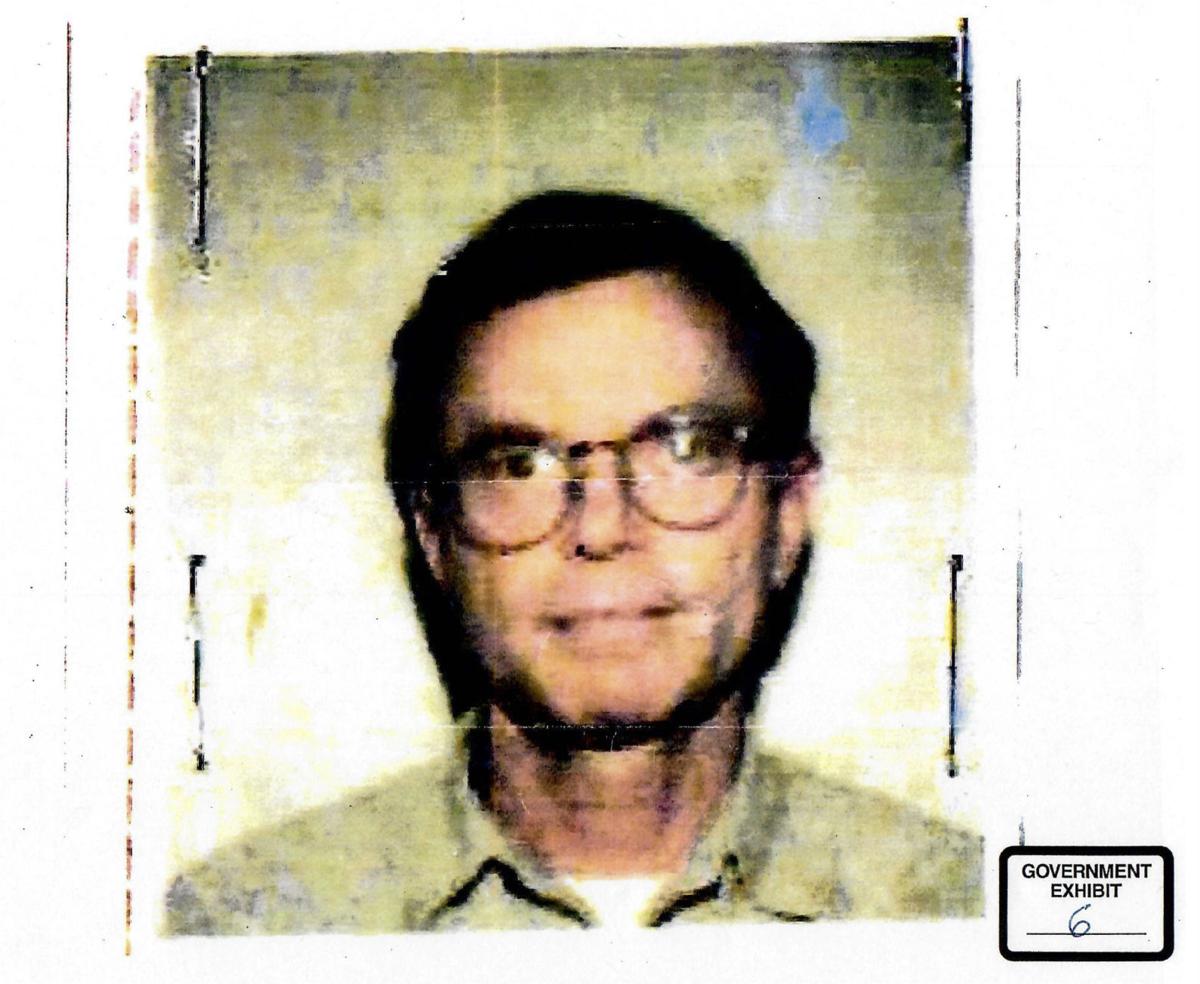 A former doctor at the Indian Health Service hospital in Pine Ridge and convicted child sex abuser once checked a boy out of the juvenile jail in Rapid City and paid him for sex, according to recently unsealed court records.

Based on interviews with a Montana victim and three accusers from Pine Ridge, the affidavit also reiterates past reporting about how Stanley Patrick Weber targeted vulnerable Native boys struggling with poverty and difficult home lives and gave them drugs and money before and after sexually abusing them.

Weber also admitted to traveling to Thailand, where he had sex with young men who he said he thinks were adults, the records say. Investigators later found that Weber traveled to the country about 10 times between 2010-2015.

These new details in the case against Weber are outlined in 2017 affidavits for search warrants of two email accounts and his Spearfish home. Weber still owns the 5th Avenue home, according to the Lawrence County Treasurer's Office.

Weber was recently sentenced to 18 years in prison after being found guilty in Montana of abusing Native American boys on the Blackfeet Nation reservation. He now awaits a September trial at the Rapid City federal courthouse to face accusations that he committed similar sex crimes against Native boys on the Pine Ridge Indian Reservation.

The three search warrants were submitted in February 2017 by Curt Muller, an inspector with the Department of Health and Human Services (HHS), and approved by a judge. They remained sealed until late February 2019. The warrants allowed investigators to search through two email accounts owned by Weber and through his home in Spearfish and any outbuildings, vehicles, people and computers on the property in order to find evidence of sex abuse and international sex travel.

Weber received his medical license in 1984 and worked as a pediatrician at IHS hospitals in Oklahoma, in Browning, Montana from 1992-1995, and in Pine Ridge from 1995 until he resigned in 2016 while under investigation, the affidavit says.

Accusations about Weber sexually abusing boys circulated in Montana and in Pine Ridge, but some complaints were ignored and not investigated, while others resulted in investigations that cleared him of any wrongdoing, according to an investigation by Frontline and the Wall Street Journal.

In 2015, a prosecutor and the attorney general of the Oglala Sioux Tribe began investigating Weber and referred possible victims to the Bureau of Indian Affairs (BIA), the Frontline/WSJ investigation found. Then in February 2017, he was charged in South Dakota federal court with 10 sex crimes against minors. In February 2018, he was indicted on five crimes in Montana. Later that year, two more charges were added to his South Dakota case.

A South Dakota man was interviewed by BIA Special Agent Fred Bennett in the summer of 2015 while he was detained in prison, the affidavit says. The man said Weber began sexually abusing him when he was 11 and that it continued into his 20s.

When he was 12-15-years old, Weber abused him between two to four times per week, usually at his IHS-provided home in Pine Ridge, he said. The man said he engaged in the sex acts because Weber would give him money, which he used for food. He said Weber also gave him alcohol, a gaming system and other gifts.

The man also said that in 2004 Weber "signed him out for a pass" from the juvenile jail in Rapid City. They then engaged in sex acts and Weber gave him money and other items before the man, then a juvenile, ran away. The jail confirmed to investigators that Weber checked the juvenile out that day and that the minor then ran away.

The jail, called the Western South Dakota Juvenile Services Center, received a subpoena for this case in February 2017, Helene Duhamel, spokeswoman for the Pennington County Sheriff's Office, said in an email.

"The affidavit speaks for itself," she said when asked to confirm the information.

Defendants awaiting trial in jail or an inmate serving a prison sentence can be issued a furlough by a judge, which allows them to attend a special event such as a funeral or a doctor's appointment. If a judge approves a furlough, the judge outlines who picks the person up, where they can go and when they must return.

The South Dakota man said he decided to come forward about Weber because he was concerned about other kids being abused, the affidavit says. "A predator is a predator," he said.

Weber told Bennett that while he paid this man to do housework when he was younger, he never sexually abused him or any other boys. He admitted to posting other boys' bail.

Investigators identified additional potential victims from interviews and medical records, the affidavit said. A second South Dakota man said Weber first inappropriately touched him during a physical when he was 13. He said Weber continued treating him after he turned 18, even though he was a pediatrician.

The man said Weber sexually assaulted him four times at Weber's home, the last time occurring in 2011. The attacks usually began with Weber giving him drugs, including alcohol, Oxycontin and morphine. Weber raped him three times despite him telling Weber to stop because he was in pain. After the rapes, Weber would give him painkillers and money, one time giving him $600.

A third South Dakota man said he was first assaulted by Weber when he was 11. He said Weber abused him three times at the IHS hospital and once at Weber's home. He said Weber once took a photograph of his genitalia after touching him during an appointment. Muller, the HHS inspector, said abusers take photographs of their victims as "trophies."

The assault at Weber's home occurred after Weber offered to pay him for doing chores, the man said. He said Weber gave him beer and said, "if you want to get paid you have to work for it" before making him perform a sex act on him. Weber then gave him $100 and said he could come back any time he needed money.

Bennett also interviewed a Montana victim, who is now an adult in prison. After he was removed from his parents' custody, the man said, Weber promised to help him return to his family in exchange for sexual favors. He said Weber sexually abused him on "quite a few occasions," and when he hesitated to participate, Weber would remind him of his desire to be with his parents. He moved away from Pine Ridge after his father killed himself.

Weber resigned soon after he was put on paid leave in May 2016 while the BIA investigated him, the affidavit says. When Bennett and Muller interviewed Weber at his home in Pine Ridge, he denied sexually abusing boys but admitted to having sex with young men in Thailand who he thinks were adults. Muller wrote that it was clear that Weber didn't try to verify their ages.

When asked if he paid for the sex, Weber said: "Well, not exactly, but you know if you're having sex with somebody you do favors for them like taking them out to eat or buy them some clothes. But I don't know if you could really classify it as a fee."

Investigators later discovered that Weber traveled to Thailand about 10 times between 2010-2015, however, he was never charged with any crimes related to sex tourism.

When agents asked Weber if he watches child pornography, he said, "I can't ... no. Not normally, no." "Not that I know of," he later said.

"In my experience, a person who was certain he had not accessed child pornography would have had a more emphatic answer," Muller wrote.

Weber has not been charged with any child pornography crimes.

Muller also wrote in the affidavit that it appeared that Weber deleted information on his work and personal computer after he learned he was under investigation.

Weber is currently appealing his Montana guilty verdict to a federal appeals court. Unless he reaches a plea deal by Sept. 6, his Rapid City trial is scheduled to begin Sept. 23.

A Black Hawk man is facing criminal charges after allegedly hitting a deputy with his vehicle Thursday afternoon, according to a press release…

IHS says it won't reach out to Weber victims

A Portland, Oregon-based law firm specializing in child sexual abuse cases is planning to sue the Indian Health Service after it failed to act…

An independent review into how the Indian Health Service addressed sexual abuse accusations against Stanley Patrick Weber, a former doctor in …