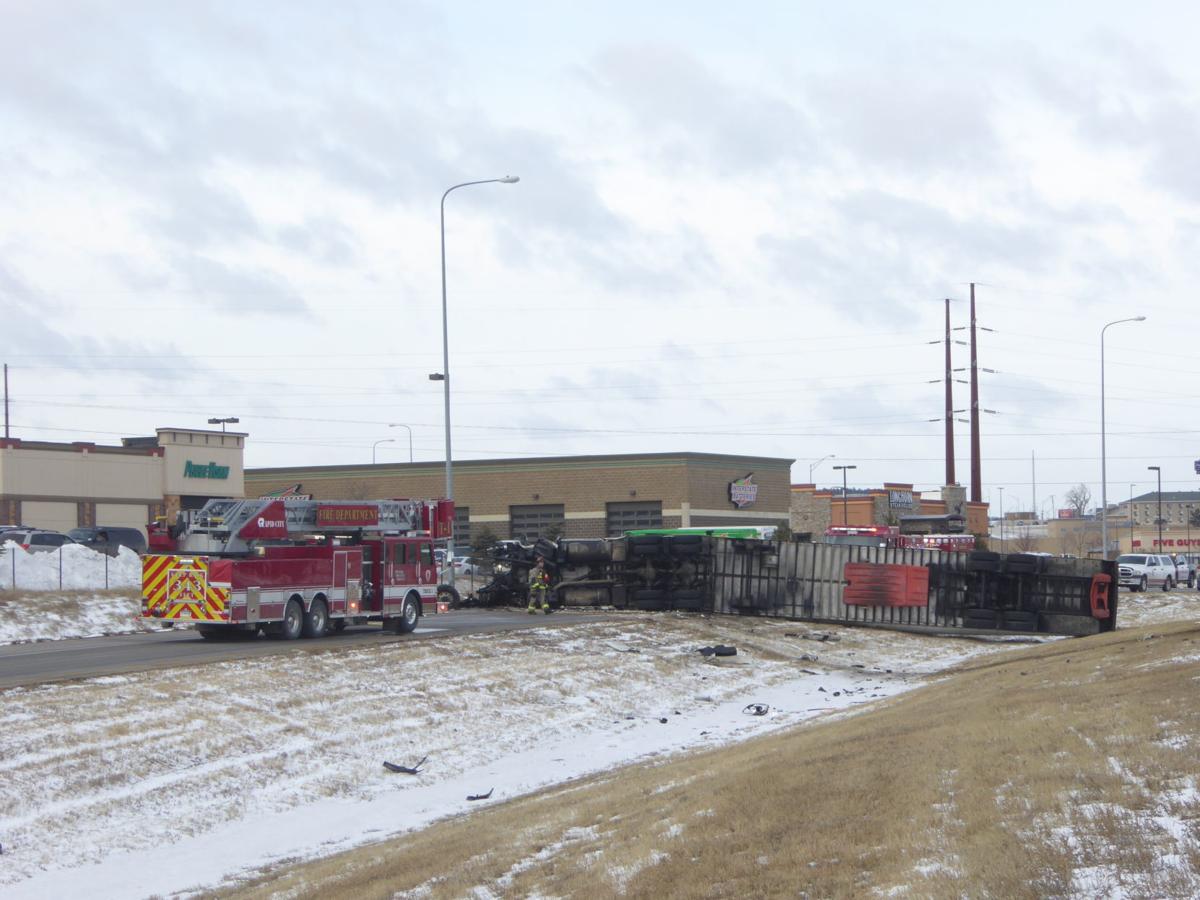 The semi-truck completely blocked Exit 60 on eastbound I-90 in Rapid City. 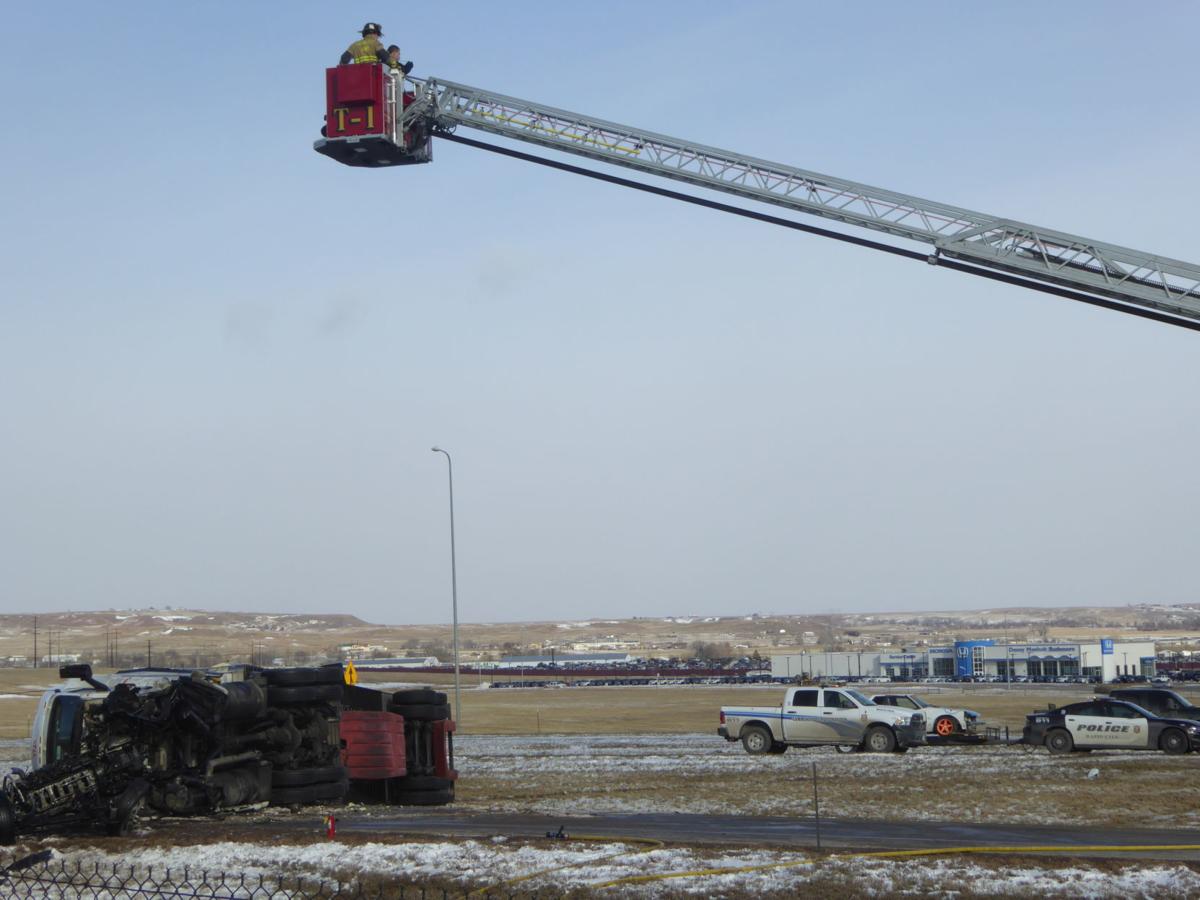 First responders examine the crash scene Friday morning from a ladder truck. One person died when a semi-truck and a car crashed near Exit 60 on Interstate 90. 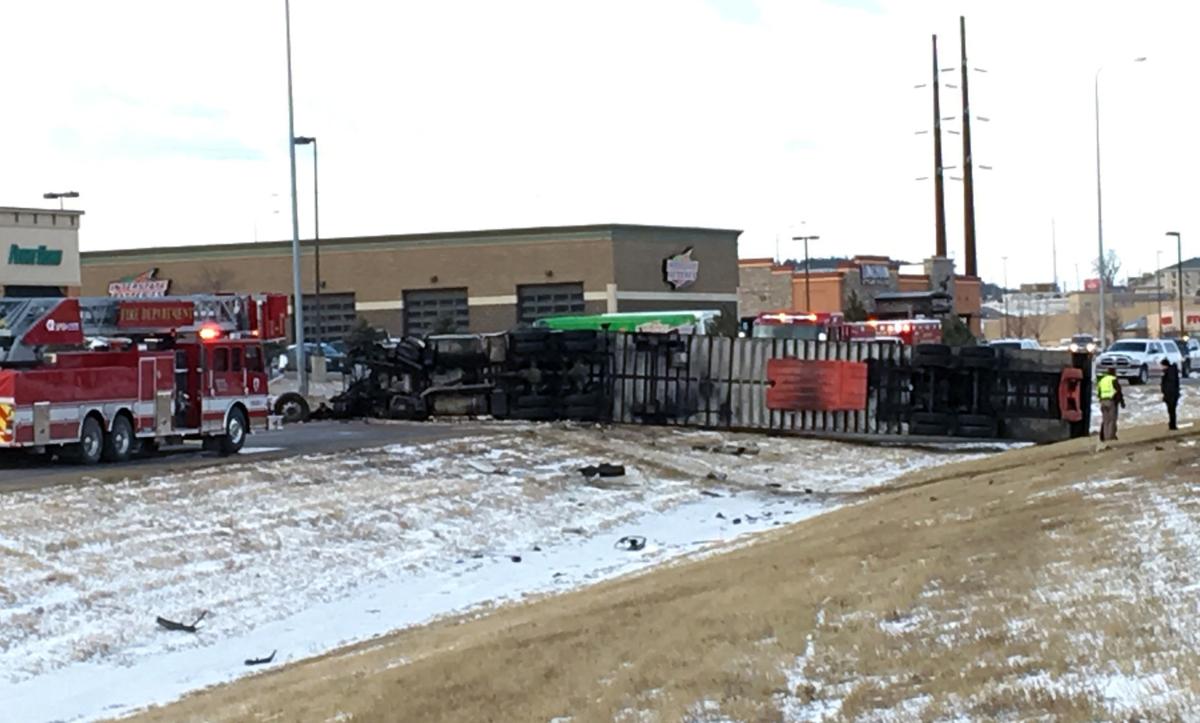 A busy Interstate 90 off-ramp is temporarily blocked this morning after a crash.

The truck driver accused of crashing into and killing a woman Friday on Interstate 90 in Rapid City was charged Monday with vehicular homicide, a crime that involves killing someone while driving under the influence.

Brian Rasmussen, a 53-year-old from De Beque, Colorado, allegedly admitted to using Ambien, a drug to treat insomnia, two days before crossing the median and crashing into a vehicle driving the in opposite direction.

Rasmussen "could have easily killed multiple people" and he lives out of state, a prosecutor with the Pennington County State's Attorney Office said when requesting that bond.

But Chris Christianson, a lawyer retained by Navajo Express, the Denver-based company that Rasmussen works for, requested a personal-recognizance bond, saying there is no solid evidence that proves his client was under the influence of any substance. He also said Rasmussen staying in jail and being unable to work would cause "extreme hardship" for his wife, who does not have a job.

Rasmussen, who appeared in court via a camera from jail, is set to return to court at a later date for a preliminary hearing, which determines whether there is probable cause for a case to be transferred to circuit court.

After the crash, the affidavit says, a certified drug-recognition expert evaluated Rasmussen and found he was impaired by a central nervous-system depressant, which includes sedatives, tranquilizers and hypnotics, according to drugabuse.gov. The drugs can be used to treat anxiety, sleep, panic and other disorders, and can cause slow brain activity and drowsiness.

Rasmussen then allegedly admitted to using Ambien two days before the crash, the affidavit says. Ambien and other sleep medications can impair driving, according to the Food and Drug Administration.

The crash was reported around 9:30 a.m. on Friday, according to the affidavit. Troopers found tire marks leading from the westbound lanes to the eastbound Exit 60 ramp, where Rasmussen's truck was laying on its passenger side. A Jeep Grand Cherokee was in front of the semi and "both vehicles had severe damage." The Jeep was driven by 64-year-old Karen Bryan according to court documents.

Medics told troopers that Bryan died and was trapped inside her jeep, according to a probable-cause affidavit by a state trooper. Rasmussen was evaluated by medics on scene and then taken to the Department of Public Safety building in Rapid City.

A witness told officers with the Rapid City Police Department that the semi left the road while travelling westbound, crossed into oncoming eastbound traffic and hit the jeep, the affidavit says.

"The momentum of the semi pushed both vehicles over into the east bound off ramp," the document says.

A train car derailed in downtown Rapid City early Tuesday afternoon, blocking traffic in one on the city's busiest sections of town for roughl…

The semi-truck completely blocked Exit 60 on eastbound I-90 in Rapid City.

First responders examine the crash scene Friday morning from a ladder truck. One person died when a semi-truck and a car crashed near Exit 60 on Interstate 90.

A busy Interstate 90 off-ramp is temporarily blocked this morning after a crash. 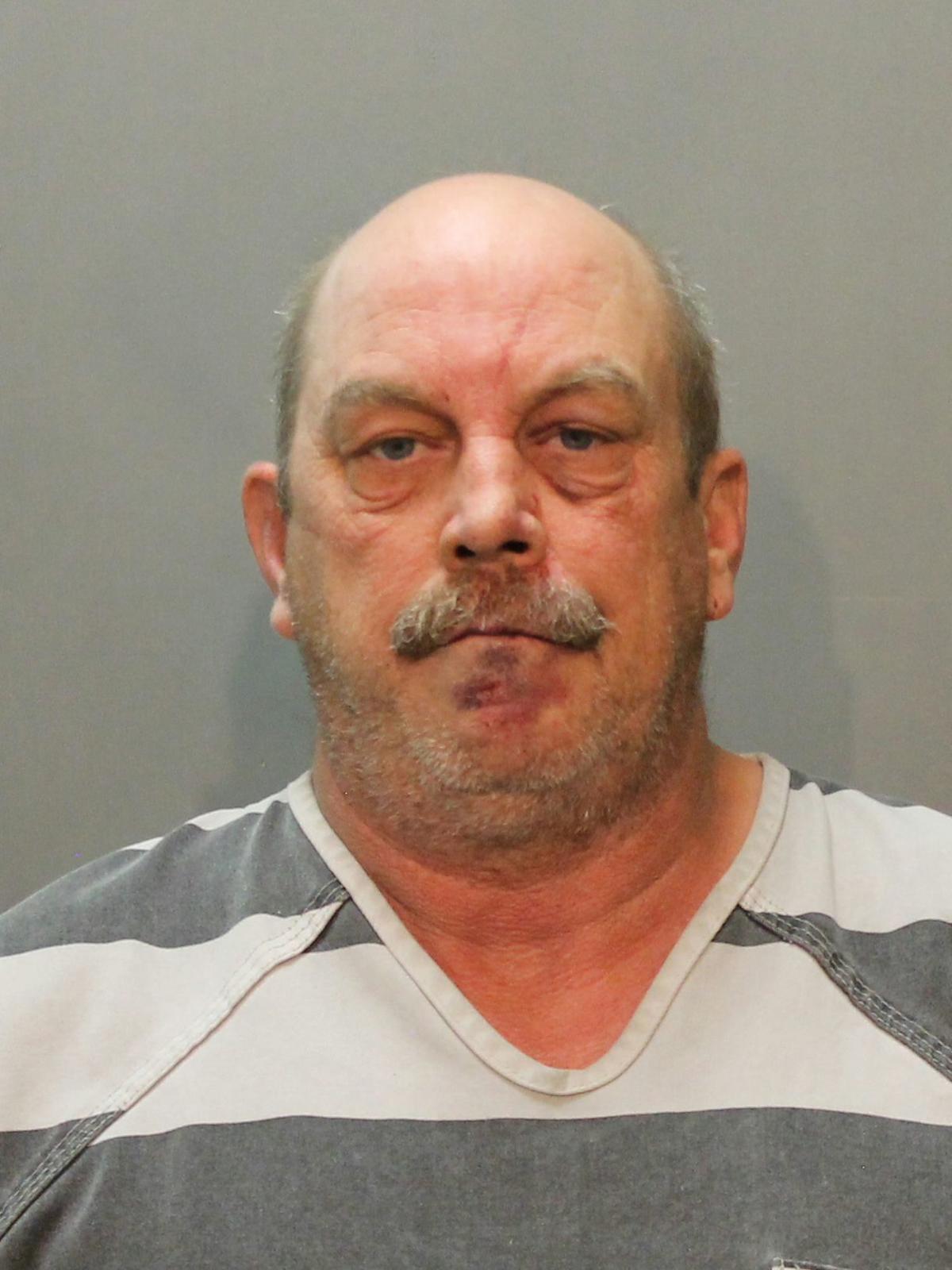