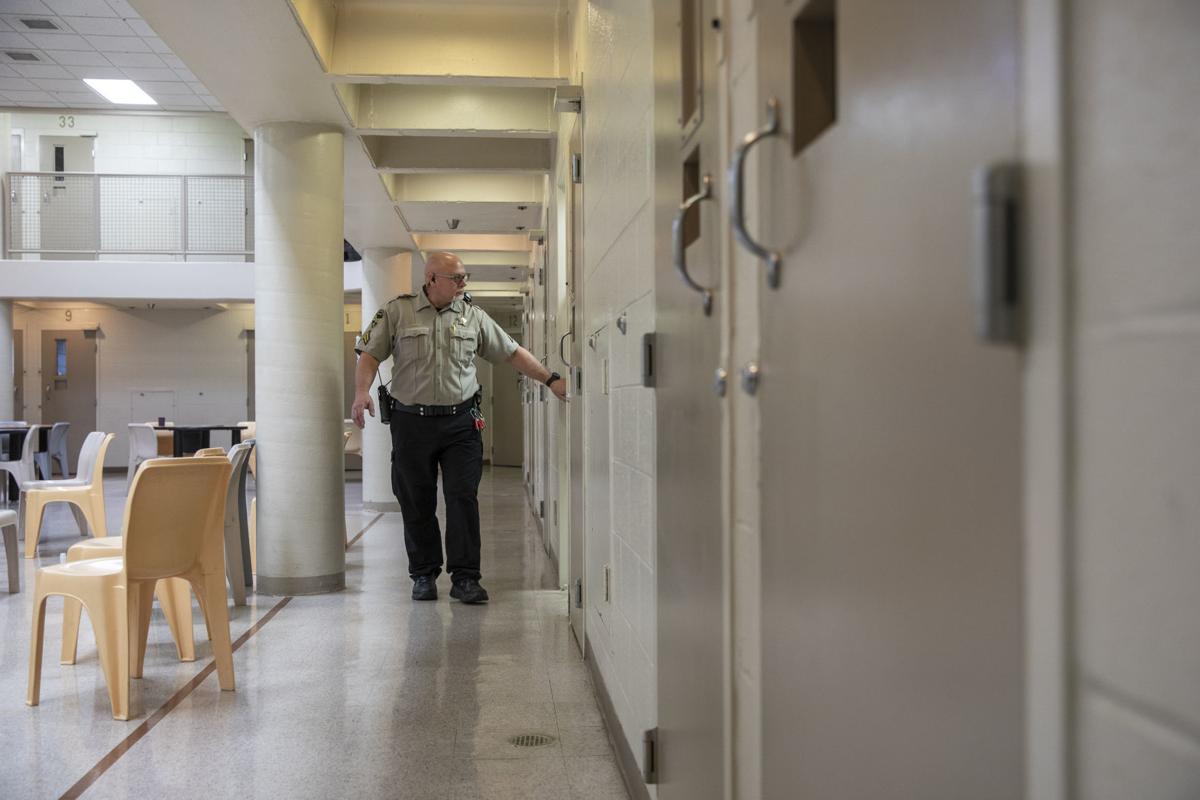 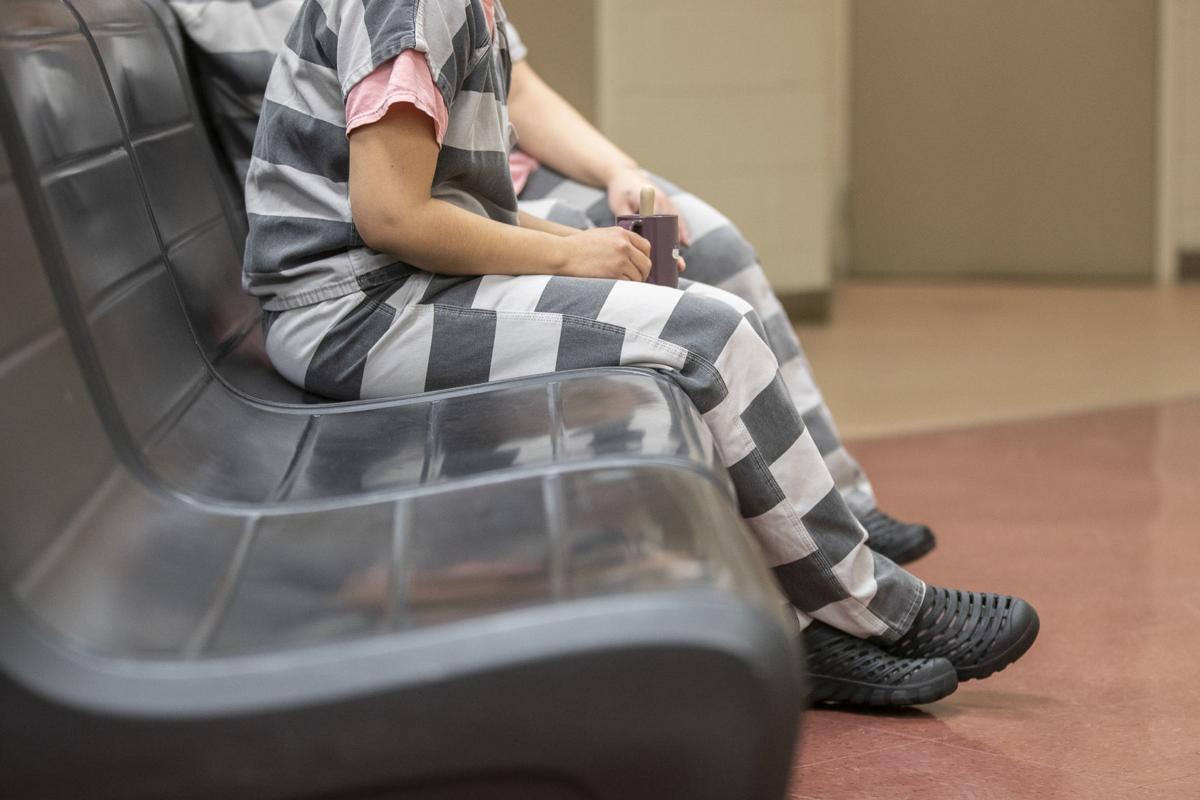 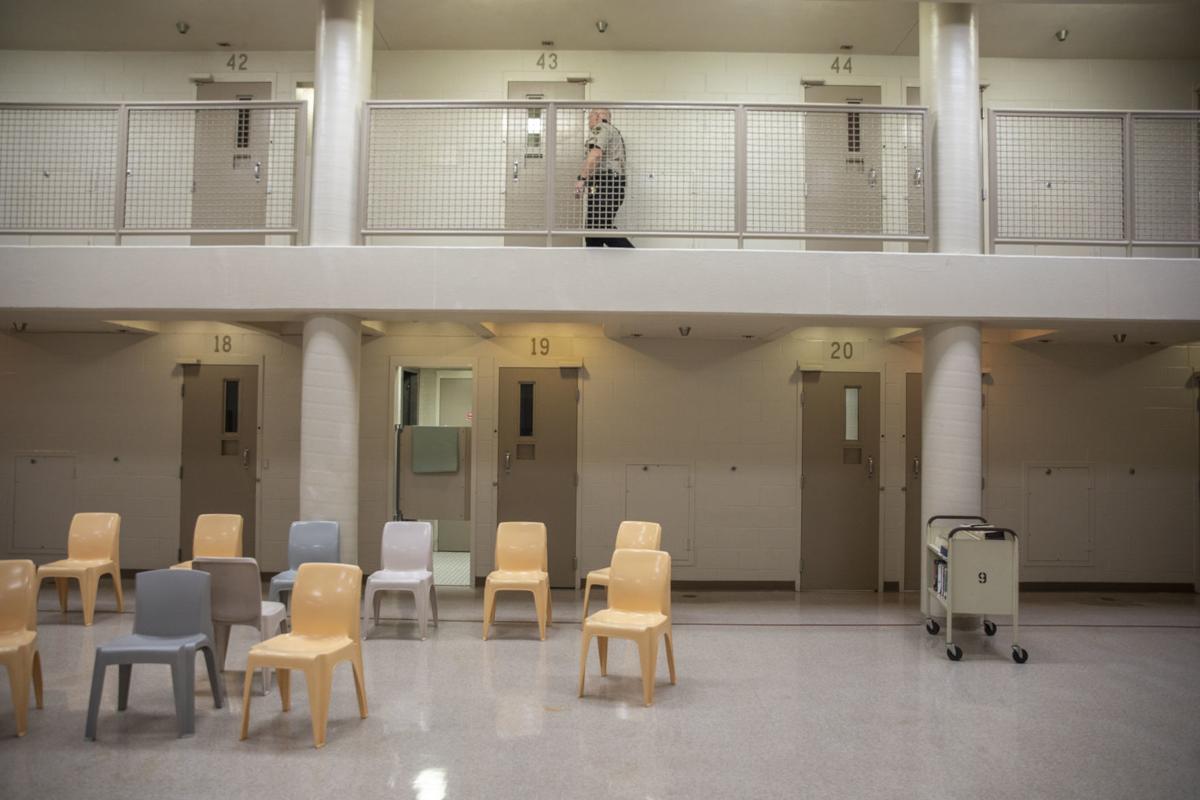 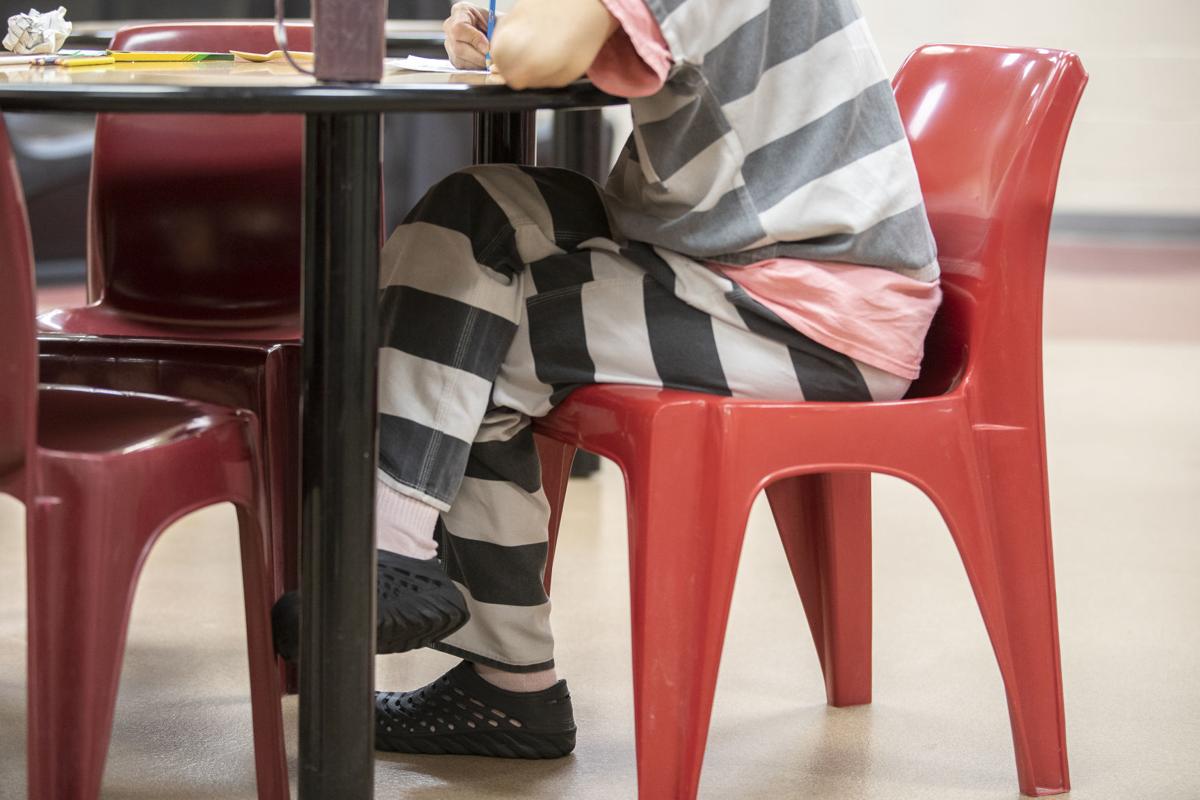 An inmate at the Pennington County Jail. 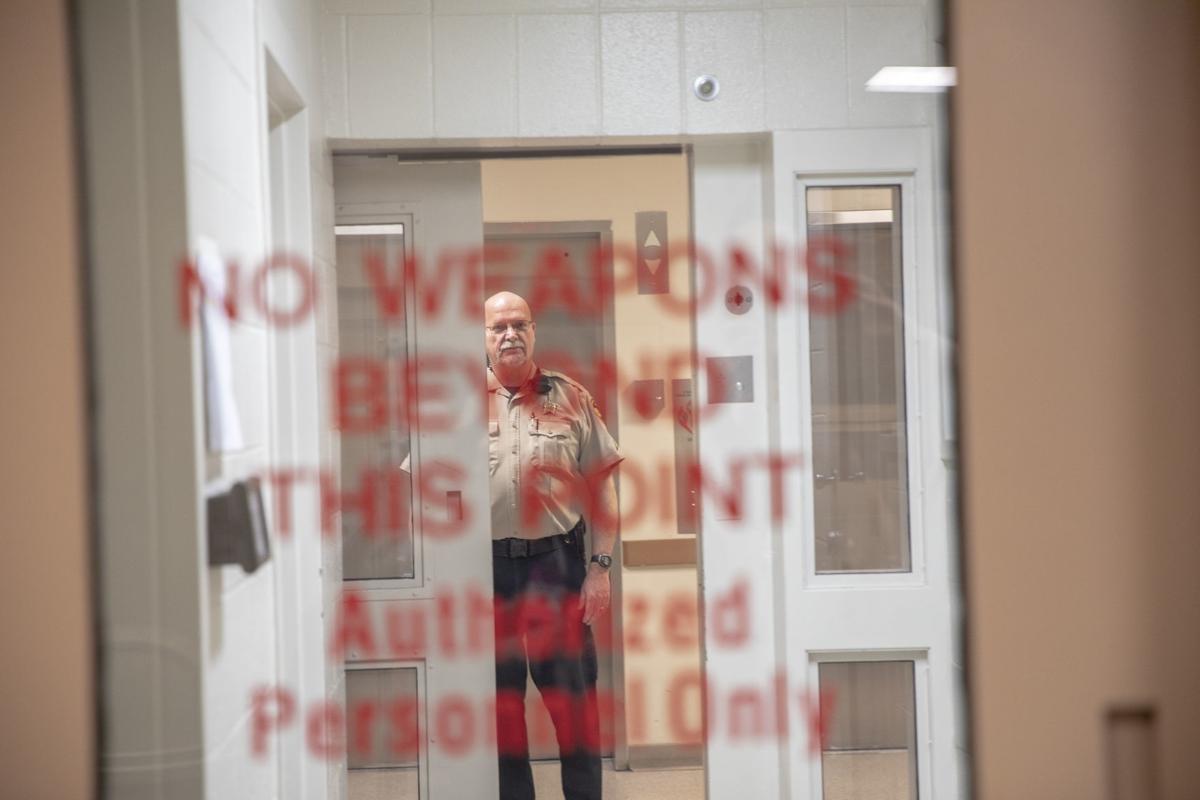 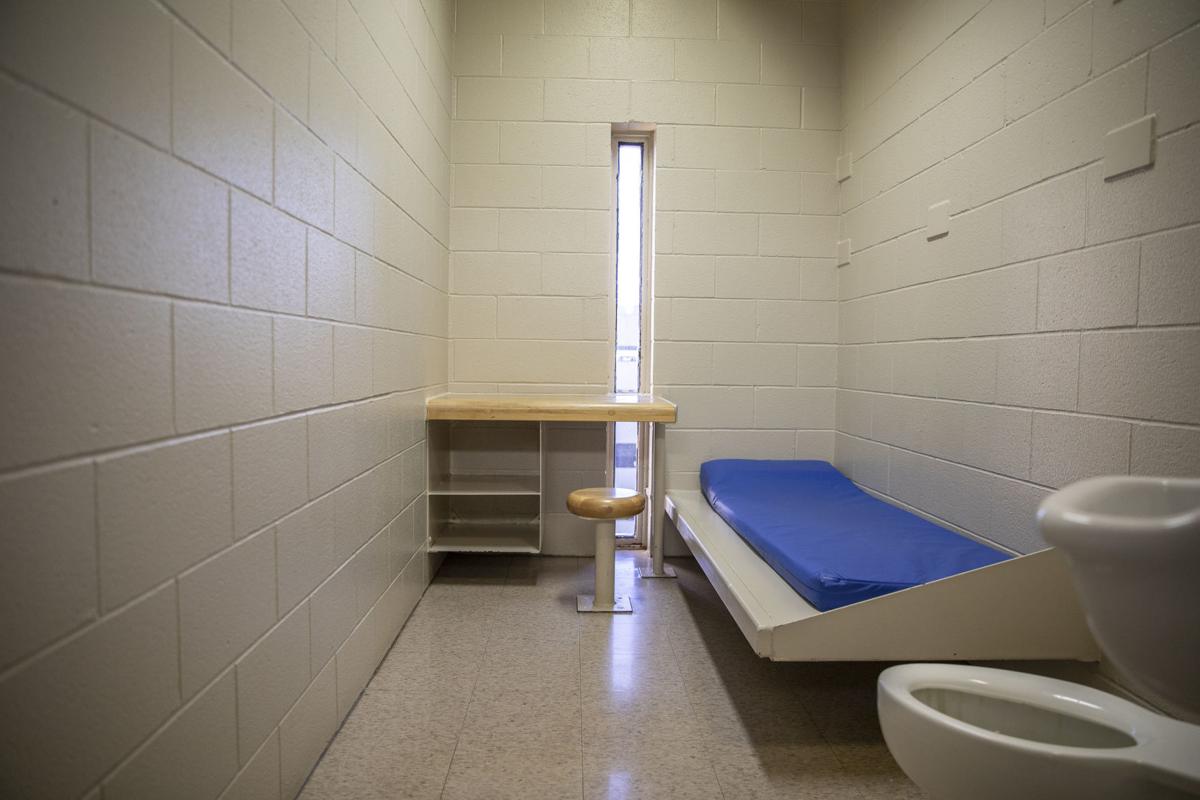 A cell at the Pennington County Jail is photographed on Tuesday. 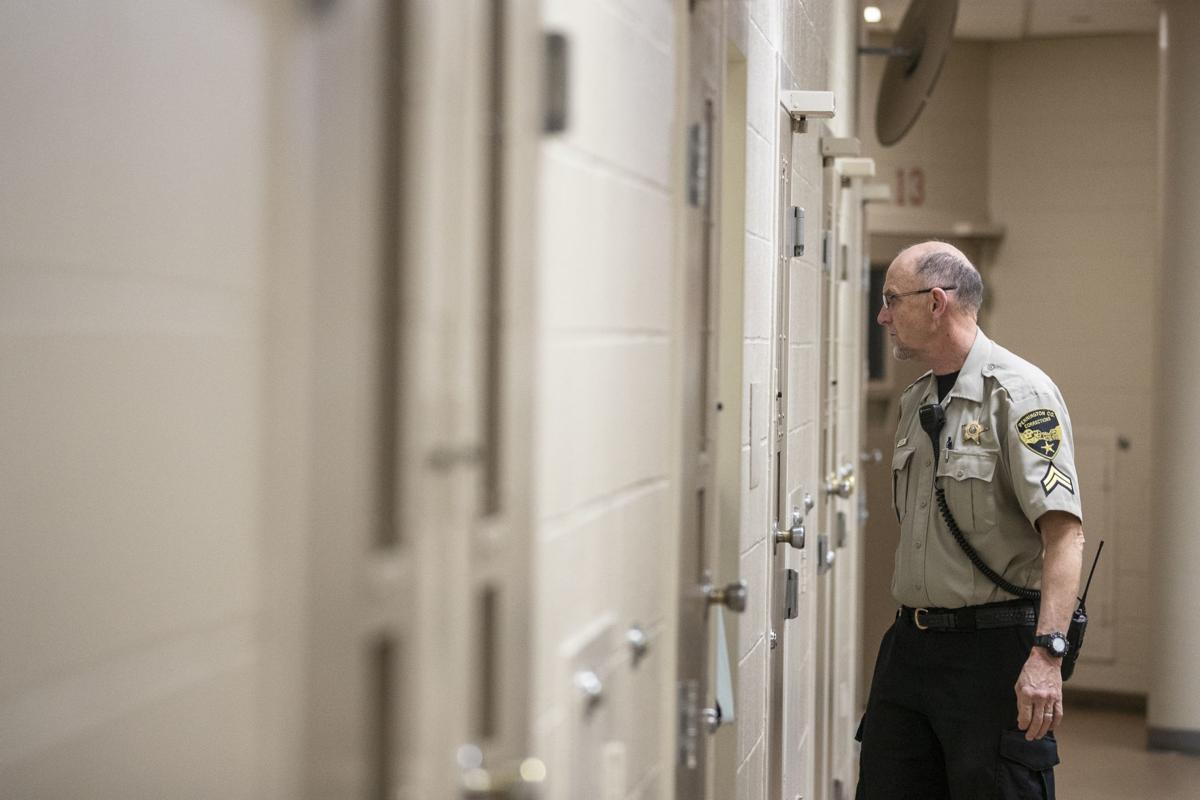 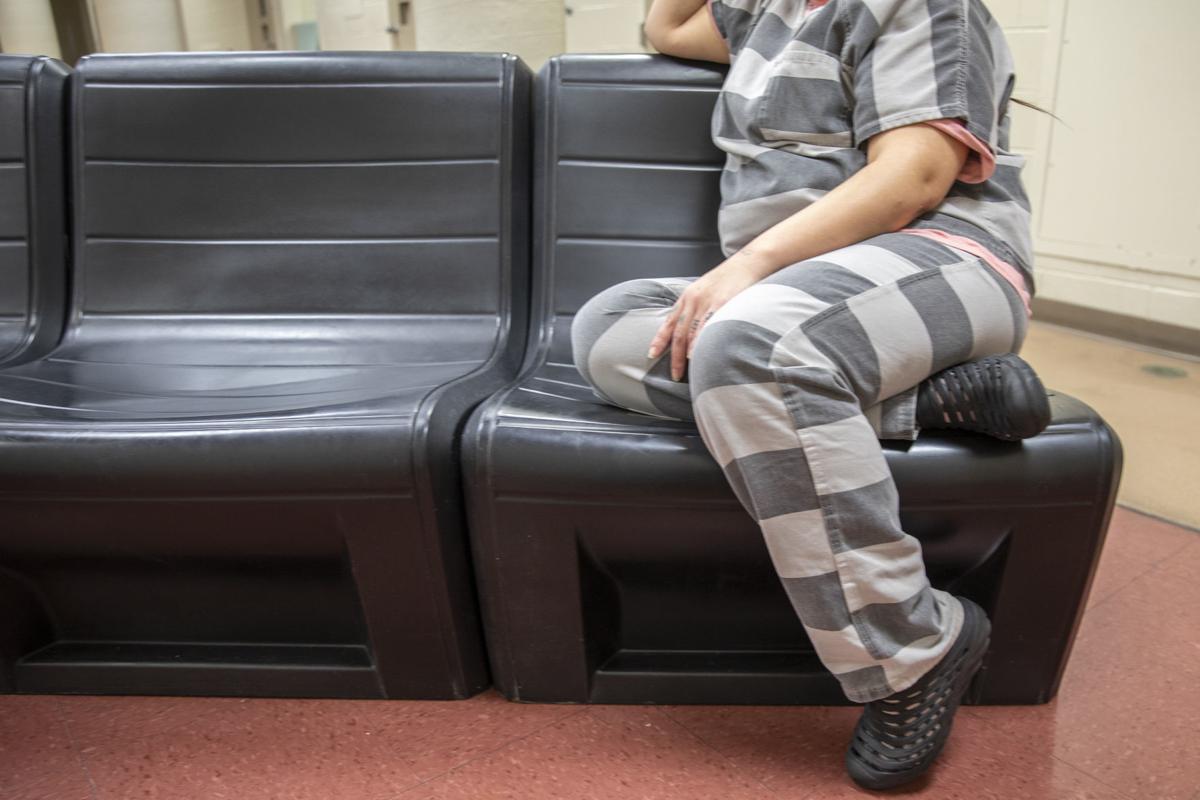 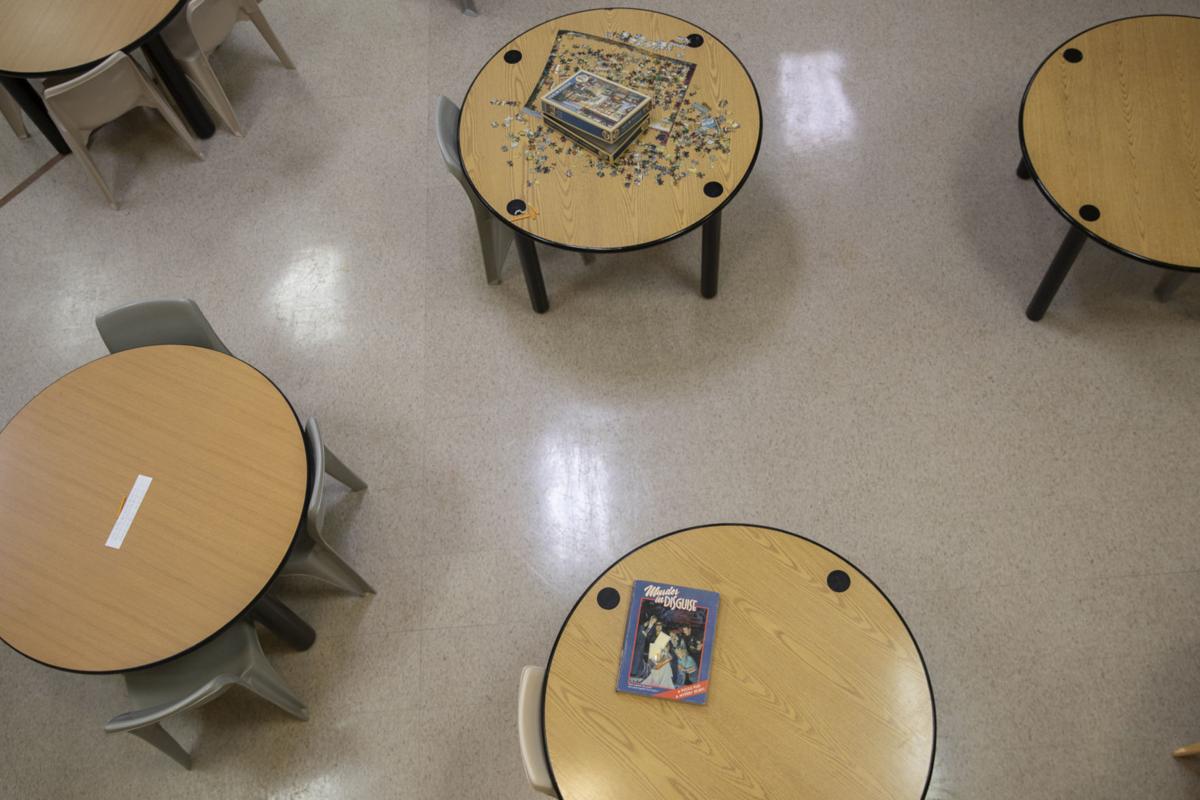 The Pennington County Jail is photographed on Tuesday. 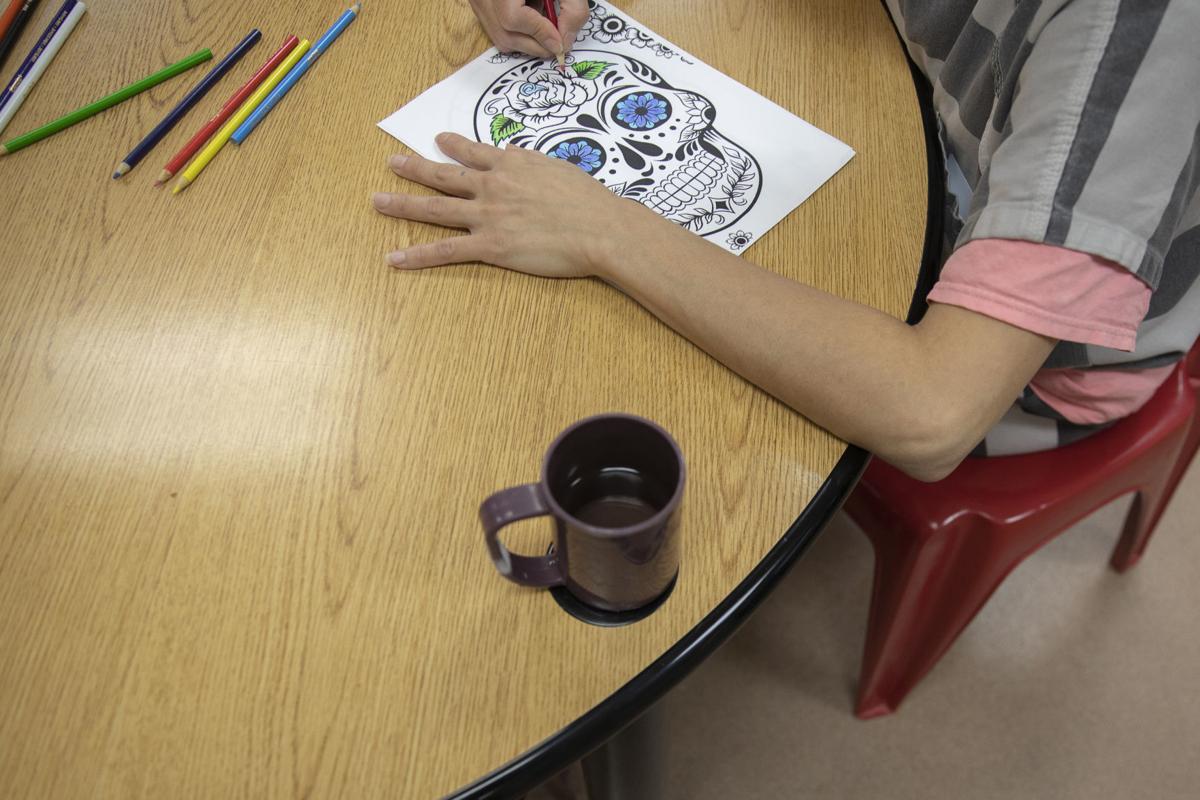 An inmate at the Pennington County Jail colors on Tuesday. 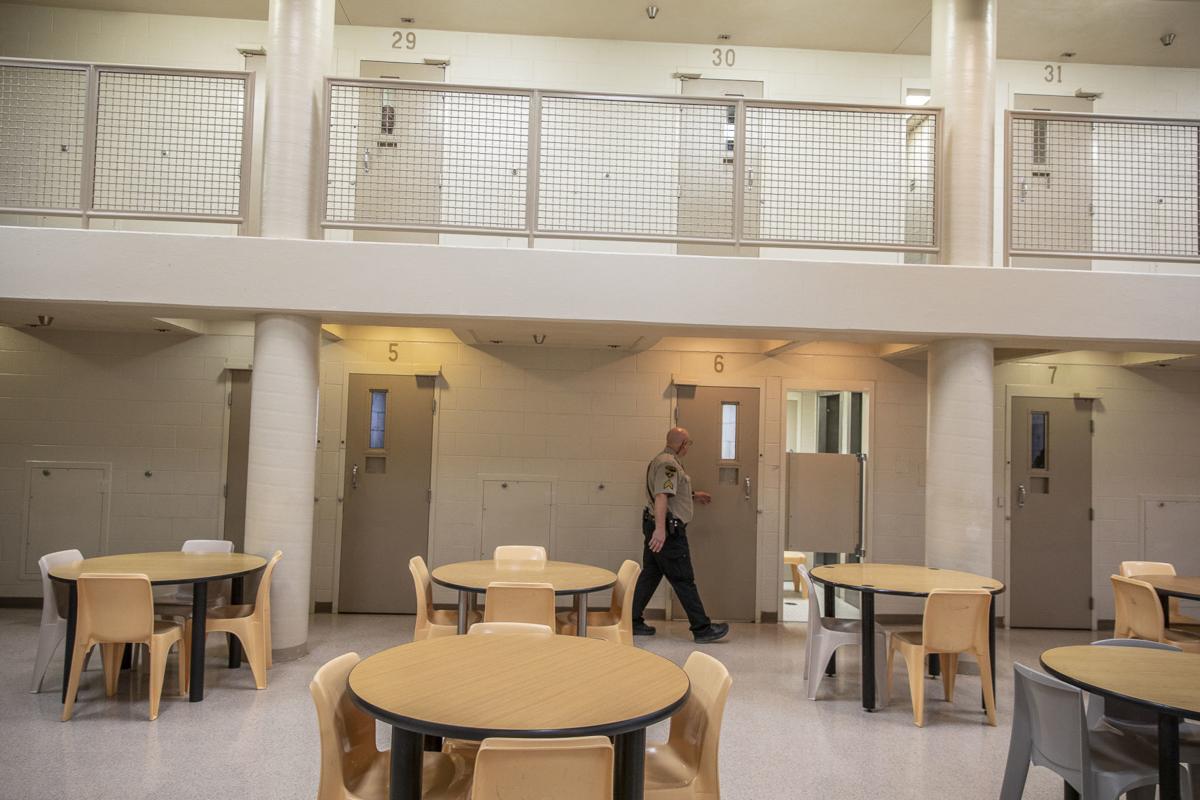 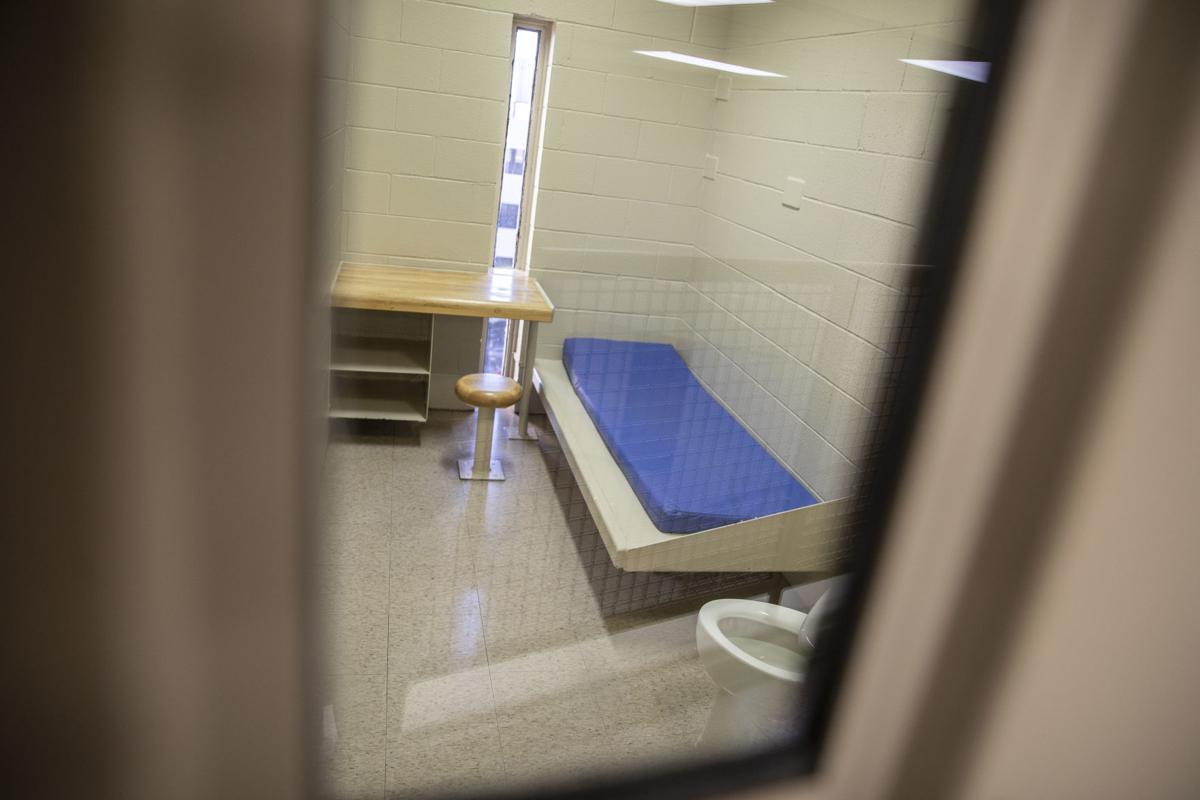 A cell at the Pennington County Jail. 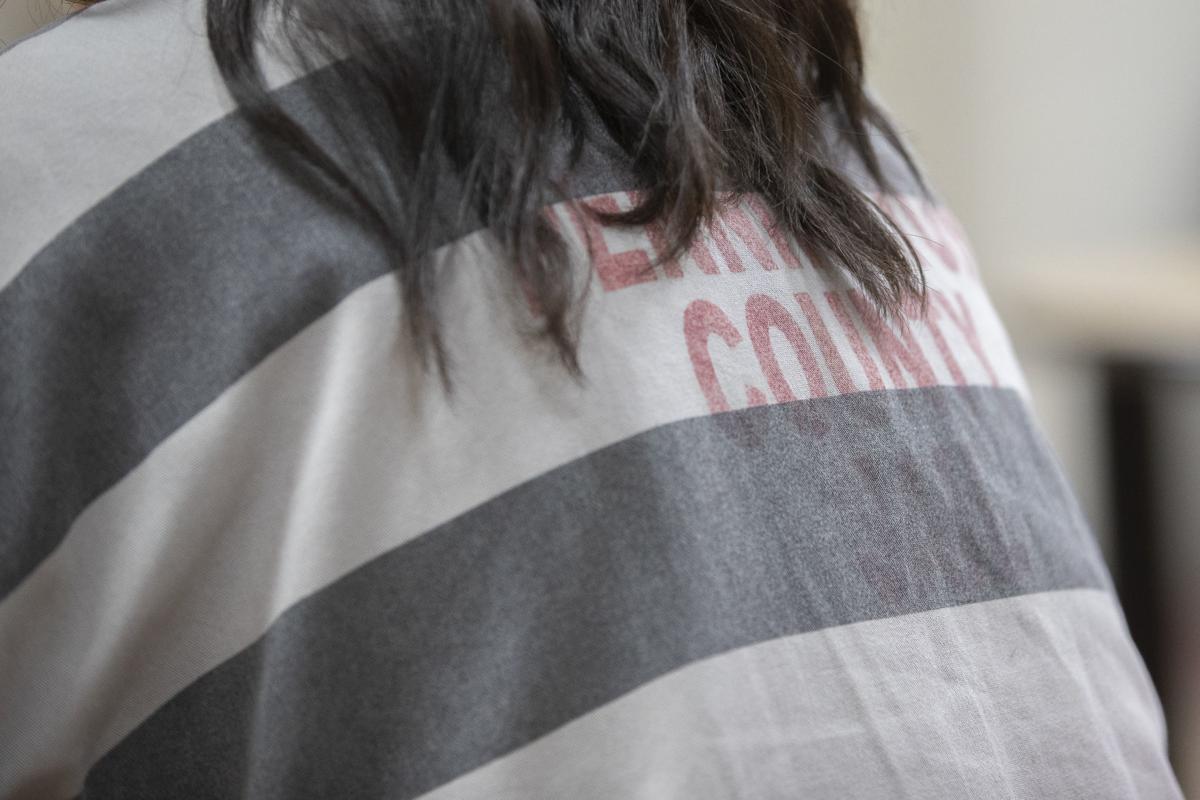 An inmate at the Pennington County Jail draws on Tuesday.

Most everyone in South Dakota agrees that addiction to methamphetamine, and the increase in crimes fueled by the drug, has created a major crisis for public safety and the state's criminal justice system. But they differ on the best way to combat the addiction, related crime, and its impact on the state's courts, jails and prisons.

Repealing presumptive probation — sentences of probation instead of prison for most low-level, non-violent felonies — is one of the top priorities for Jason Ravnsborg, South Dakota's new attorney general.

Yet others have taken a more nuanced stance, including some Pennington County public safety leaders who say it would be unwise to change the policy without taking a holistic look at Senate Bill 70, the 2013 criminal justice reform bill that created it, and having a major focus to expand meth prevention and treatment.

Presumptive probation needs to be examined "in the context of the overall view of criminal justice and particularly the meth crisis,” said Mark Vargo, the state's attorney for Pennington County. “I would just like us to look at a broad picture here so we're not just playing whack-a-mole."

“I don’t think we should look at presumptive probation in a vacuum," said Kevin Thom, the Pennington County sheriff and one of the members of the 2012 work group that studied South Dakota's exploding prison population and made suggestions to address it.

While Ravnsborg, a Republican, said he supports expanding prevention and treatment efforts, so far he's prioritized repealing presumptive probation. Three days after he was sworn in, the Senate Judiciary Committee, at the request of his office, introduced SB 19 on Jan. 8.

SB 19 would repeal presumptive probation, which calls for judges to sentence people convicted of most non-violent Class 5 and 6 felonies to probation (which can include jail time) unless there are aggravating factors. Exempted Class 5 and 6 felonies include consensual incest, stalking, simple assault and assaulting people in jail or prison with bodily fluids. Crimes that do call for probation include grand theft and other property crimes, DUI for the third or fourth time, and many drug possession crimes.

In fiscal year 2018 (July 2017-June 2018), the policy resulted in 19.78 percent of people convicted of Class 5 and 6 felonies being sent to prison, according to data from SB 70's oversight board's final meeting in September 2018. There is no comparable data from before the 2013 law was passed since certain felonies were reclassified, said Greg Sattizahn, spokesman for the state's judicial system.

Repealing presumptive probation would mean judges could sentence people up to five years in prison for any Class 5 felony and up to two years for all Class 6 felonies.

Presumptive probation began in 2013 and was part of SB 70, the Public Safety Improvement Act, a criminal justice reform bill that passed with bipartisan support — a 63-7 vote in the House and a 31-2 vote in the Senate. Among other actions, the bill also reclassified certain drug and theft crimes, created a victim-notification system, and encouraged alternative courts such as drug and veteran courts.

SB 70 was followed by a similarly bipartisan juvenile justice reform act in 2015. Ravnsborg said he also wants to tweak this law so juveniles are held more accountable and have more treatment and community service options.

The case for repeal

During his campaign, Ravnsborg said he visited each of South Dakota's 66 counties twice and spoke with community members, judges, state's attorneys and others involved in the criminal justice system.

Ravnsborg said people keep using drugs because they know they can continue to be arrested or violate their probation conditions and keep getting probation or jail time.

"We continue the cycle of this happening seven or eight times on average," before someone is sent to prison, he said.

He said presumptive probation takes away the incentive to participate in drug courts, which can help people become sober but have more serious consequences for those who relapse.

I'm "very much in favor of drug courts” but "it's not a hard call" for addicts to chose between drug court and regular court, Ravnsborg said.

Vargo agreed that drug courts have taken a hit due to presumptive probation.

Ravnsborg said a final reason to end presumptive probation is to give trust and "discretion back to our judges."

"In a nutshell, we totally support giving discretion in sentencing back to the court," said Eric Bogue, president of the association and Corson County state's attorney.

Judges, not a statute, should decide sentencing for each unique case, he said.

Rapid City Police Chief Karl Jegeris said he supports ending presumptive probation because it has limited judicial discretion on sentencing and had "unintentional consequence that has led to increased normalization of meth use."

He also hopes it would serve as a catalyst for legislative action on funding for crime and meth prevention and treatment.

"It won’t simply be taken as an only move, it will generate some significant productive debate among lawmakers," Jegeris said of SB 19.

“Has public safety been improved? I think it has not," he said.

Jegeris said the reform effort had good intentions, but the promise to use savings to reinvest in meth prevention and rehabilitation have fallen short.

"That is what has caused the failure at the end of the day," Jegeris said. “It's time to revamp public safety and a repeal (of presumptive probation). In this case, it’s an action that I think will cause a quick turnaround."

The case to keep it

Libby Skarin, policy director for the ACLU of South Dakota, said the end of presumptive probation would be "really troubling."

"Locking people up for non-violent offenses is not the answer," she said.

Skarin said the state might need to build more prisons if it ends presumptive probation. She pointed to a 2013 PEW study that found if South Dakota didn't make changes to its criminal justice system, it would see a 25 percent increase in its prison population by 2022 and need to respond by spending $224 million for operational costs and two new prisons.

Skarin said she looks forward to seeing an analysis of SB 19 by the Legislative Research Council, a nonpartisan government agency that studies the potential financial impact of bills.

She said drug users aren't deterred by the threat of a prison sentence, because they're addicted to drugs and not thinking about the consequences.

The other two legs — expanding work opportunities for convicts and creating a prison where people can be treated for meth addiction — are meant to provide rehabilitation, but after someone is already convicted of a crime.

He repeated his campaign talking point that he wants to open a meth prison between Pierre and Rapid City so prisoners addicted to the drug can be rehabilitated. Ravnsborg said the facility would also have a mental health wing. This would also cut down on the time that deputies spend driving West River inmates to the existing prisons on the eastern side of the state, he said.

Ravnsborg did not say how much the prison — which would be part of the Department of Corrections, not his office — would cost or where the funding would come from. Whether his idea is "fiscally feasible," he said, depends on factors including meth arrest numbers and the availability of mental health and drug counselors.

A third priority, Ravnsborg said, is to create more partnerships between businesses and the Department of Corrections so inmates can save money for room, board, restitution and other fees, and so they can learn skills they can use once they are released from prison. Inmate work opportunities are a "tool to help set you up for success," he said.

He said these second two goals are in the planning stage.

Ravnsborg also said he'd like to work on prevention by sending his staff into schools to educate them about the dangers of meth. He said treatment options need to be expanded, and in order to re-wire the brain, they may need to be six- or 12-month long programs, not a 30-day program.

Vargo fell short of endorsing SB 19 but said he would support a bill that was part of an overall effort to examine SB 70.

“We have not lived up to the promise of reinvestment"  and there are "very few resources" for pre-trial and probation services, he said.

"If you don’t lock them up and don’t give them the tools to change,” how can people be surprised that more people are using drugs, he asked.

"If we can get people off of meth, out of the system," it will save money in the long run, Vargo said. "If we haven't done something to get them away from the drug, we haven't solved the problem, we’ve just kicked the can down the road.”

He said the law's sanction grid, which addresses punishment for probation violations, needs to be looked at. He said the issue isn't just if people are sent to prison during their first arrest, but whether they eventually go to prison.

While the state prisons may be saving money, “we absolutely are costing the counties money” with SB 70, Vargo said.

He said more than half the inmates in the Pennington County Jail are being held on drug counts and more than half of those are in on bond, probation or parole violations.

Thom also didn't outright endorse SB 19, saying it's time to look at the intended and unintended consequences of all of SB 70.

The South Dakota Sheriff's Association is not taking a position on the law, said Executive Director Staci Ackerman.

"We have no way to show that the reason our jails are full are in relation to the criminal justice reforms, some other reason, or combination of both. All I can tell you for sure is jail bed space is at a premium," she said.

The Fraternal Order of the Police is currently discussing its position on SB 19 and will announce it soon, said Mike Walsh, president of the organization and a captain in the Minnehaha County Sheriff's Office.

Two organizations that people may not expect to be allies have joined forces to prevent the overturn of the state's presumptive probation policy.

The South Dakota Sheriffs' Association voted last week to endorse Senate Bill 19, which would repeal presumptive probation in the state.

Fraternal Order of the Police endorses repeal of presumptive probation

An organization that represents police officers has endorsed Senate Bill 19, which would repeal presumptive probation in the state.

An inmate at the Pennington County Jail.

A cell at the Pennington County Jail is photographed on Tuesday.

The Pennington County Jail is photographed on Tuesday.

An inmate at the Pennington County Jail colors on Tuesday.

A cell at the Pennington County Jail.

An inmate at the Pennington County Jail draws on Tuesday.