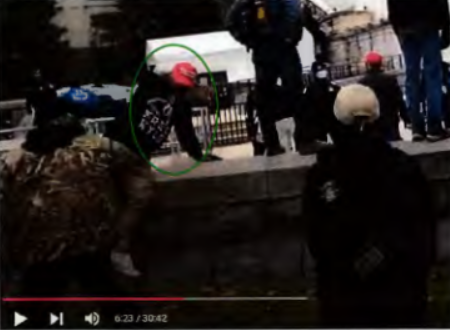 A screenshot of a video showing who an FBI agent believes to be James Haffner climbing over a concrete wall Jan. 6. 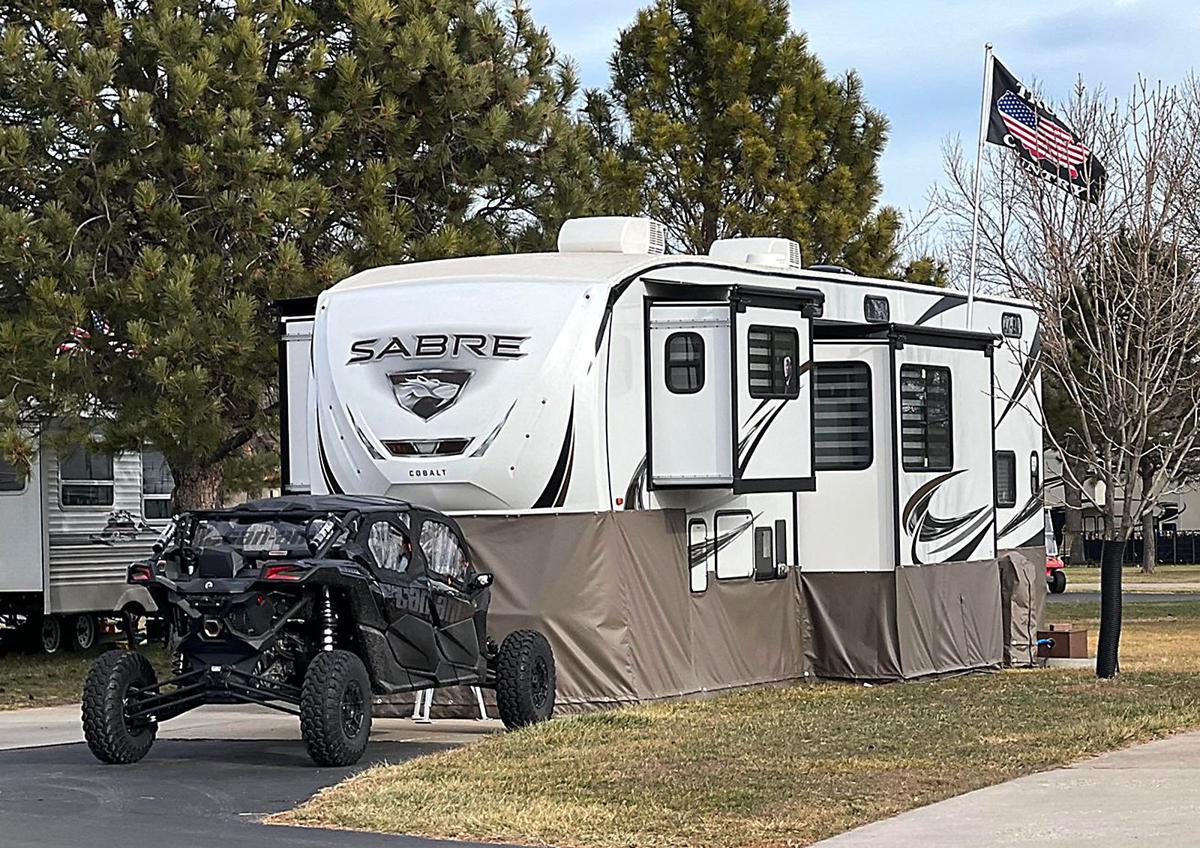 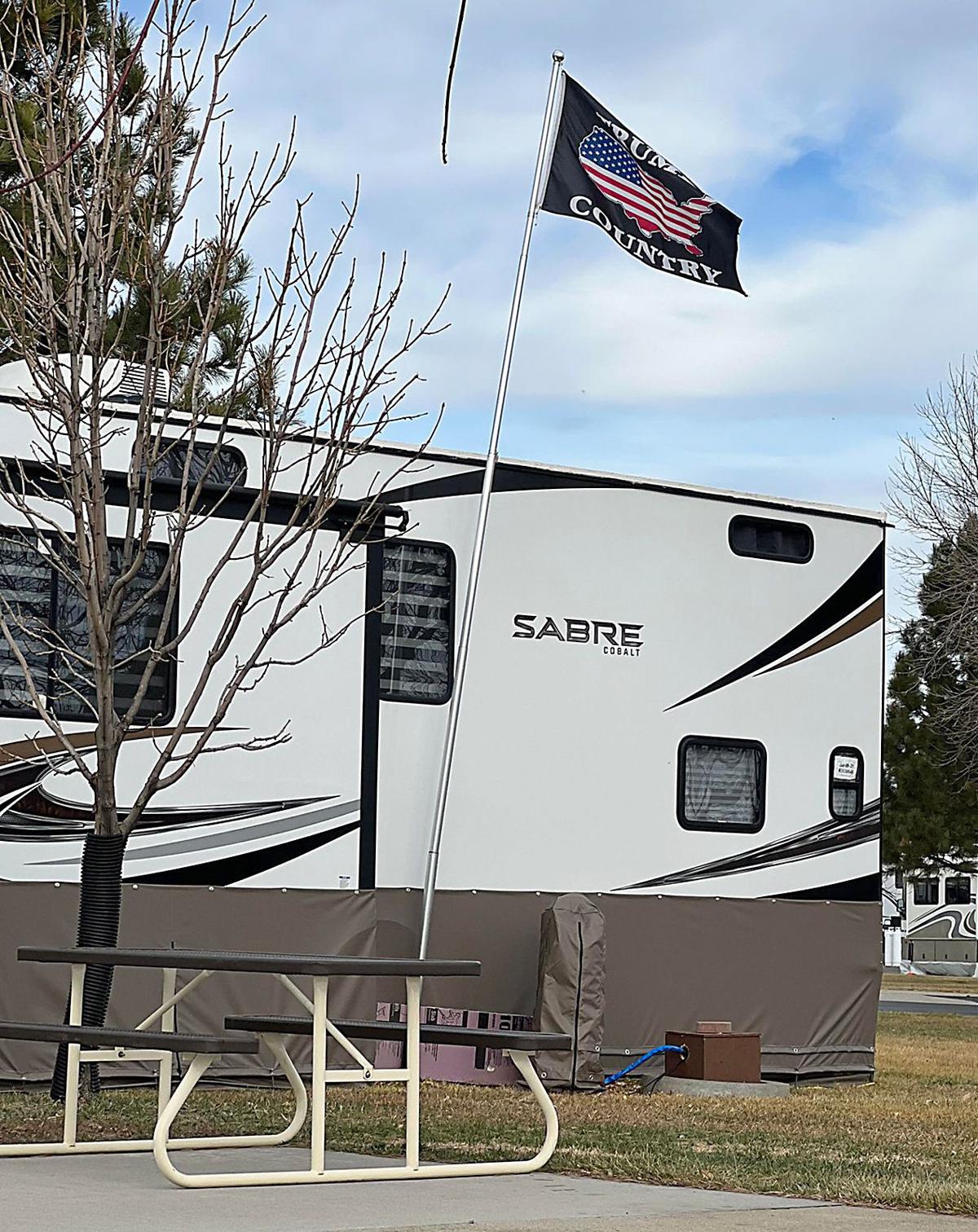 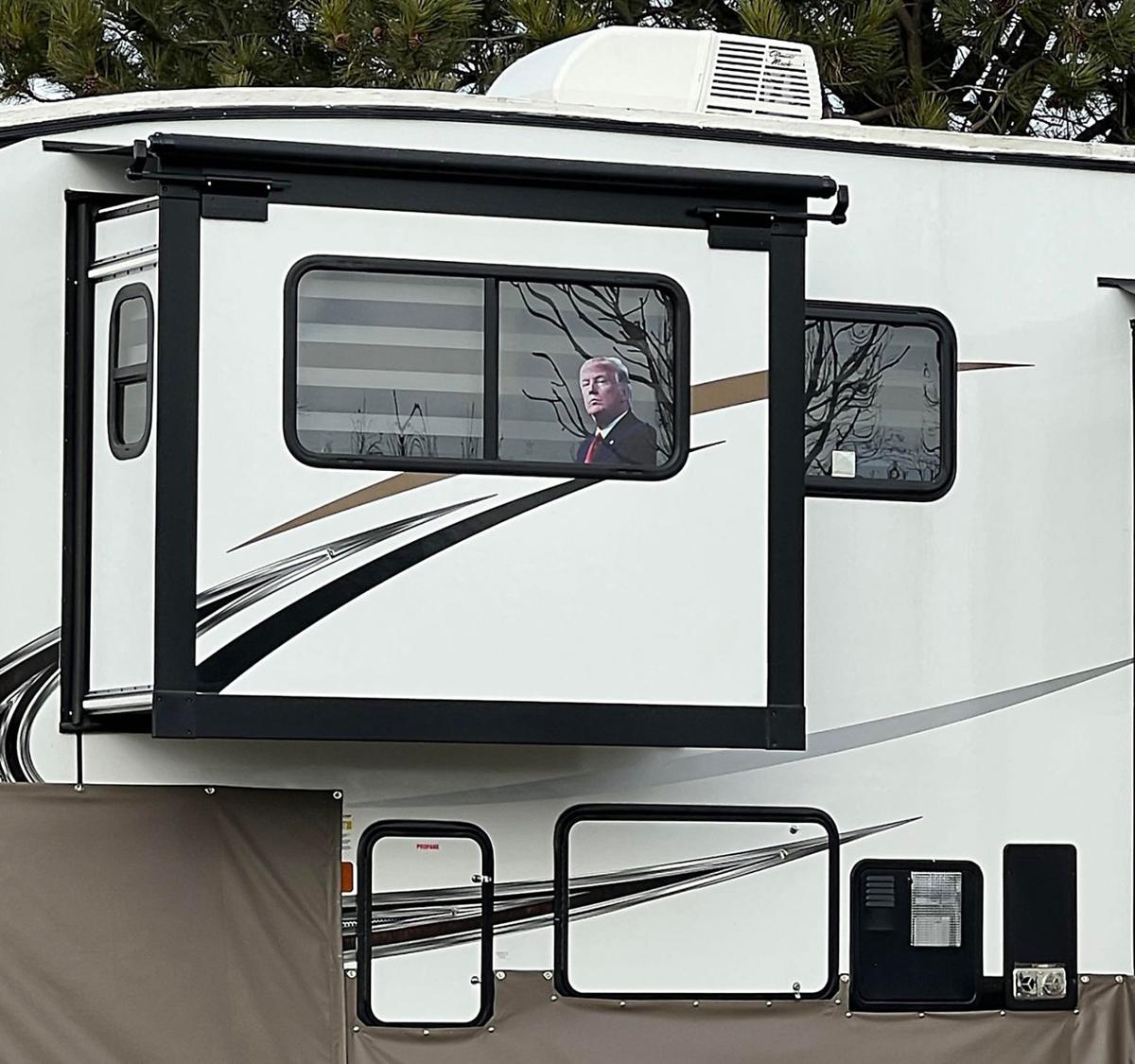 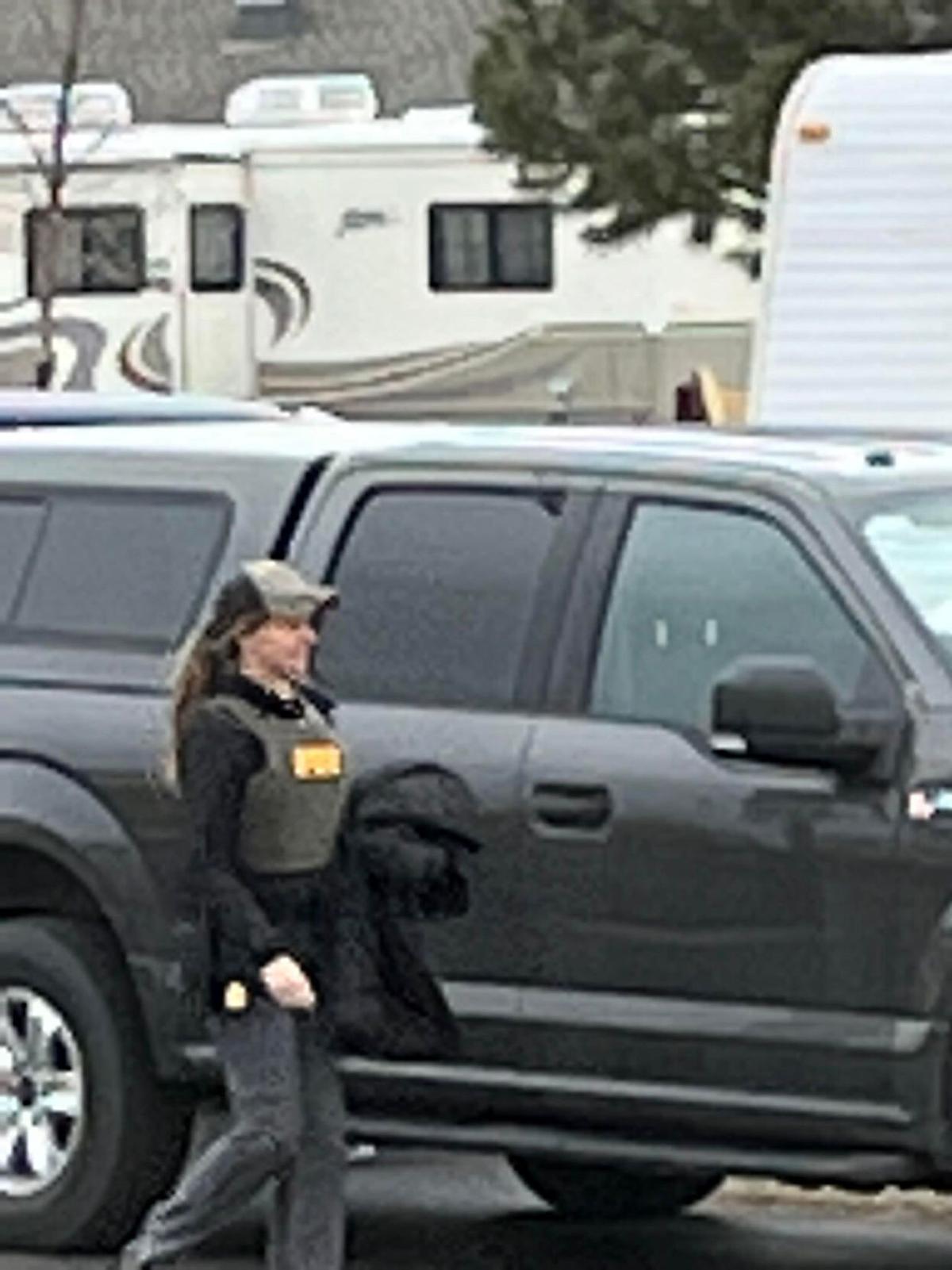 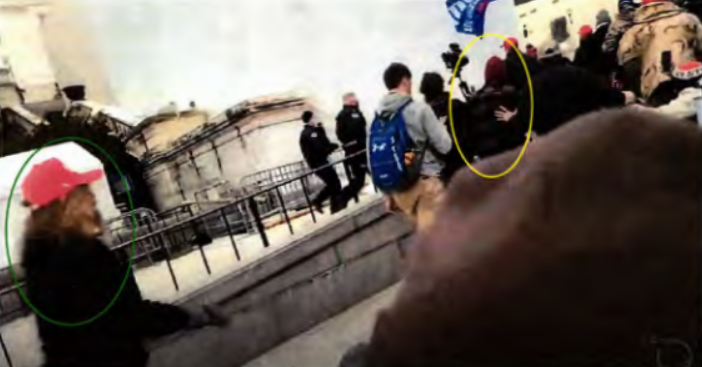 A screenshot from a video an FBI agent believes to James Haffner and Ronald Loehrke moving into the West Plaza. 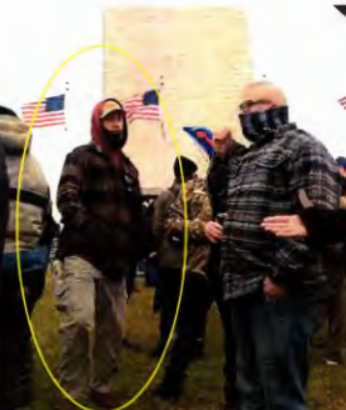 A man believed to be Ronald Loehrke at the Jan. 6 U.S. Capitol riot. The image appeared in a criminal complaint filed in Federal court.

A man living near Rapid City is facing several federal criminal charges in connection to his alleged participation in the Jan. 6 U.S. Capitol riot, according to court documents.

James Haffner, 53, who moved to the Black Hills from Seattle after the riot, was arrested after his property was searched by law enforcement on Wednesday at the Hart Ranch campground where he had been living in a camper.

Haffner is being charged with obstruction of law enforcement during a civil disorder, unlawful entry on restricted buildings or grounds, entry and disorderly conduct on capitol grounds, and assaulting or impeding certain officers or employees.

Ronald Loehrke, 30, of Gainesville, Georgia, is also charged in the same complaint that connects the two men with civil disorder, among other charges, according to a press release from the U.S. Attorney's Office for the District of Columbia.

Both have also been released pending further proceedings.

The case is being prosecuted by the U.S. Attorney’s Office for the District of Columbia and the Department of Justice National Security Division’s Counterterrorism Section.

Haffner is accused of going over a railing used as a barricade and encouraging thousands of others to do the same during the Jan. 6 events, according to the court complaint.

"Haffner advanced with other rioters to the east front of the Capitol, where they dismantled police barricades, first at a pedestrian entrance near outside the northeast corner of the Capitol," the document states.

According to court documents, Haffner had been in contact on repeated occasions with Loehrke prior to Jan. 6. Loehrke had also been in contact with Proud Boys member Ethan Nordean of Seattle who told Loehrke he wanted him on "the front line" with him.

"In the early afternoon of Jan. 6, Loehrke and Haffner marched with a group along Constitution Avenue NW, towards the Capitol. Nordean was at the front of the group," the release states.

Loehrke and Haffner moved to the east side of the Capitol and participated in dismantling and moving police barricades that protected the restricted area on that side of the building, the U.S. Department of Justice alleges. The pair then climbed down the stairs on the Capitol's east side then heading towards the Columbus Doors, which are located at the main entrance to the Capitol from the east side.

Once at the Columbus Doors, Department of Justice officials said Haffner raised his hand and sprayed an aerosol substance at U.S. Capitol Police officers who were trying to guard the doors, according to the release.

"Shortly after Haffner sprayed officers, rioters breached the doors and entered the Capitol. Once inside, Loehrke is captured on video and still photos in a confrontation with police and also inside a Senate office," the release states.

"In the 10 months since Jan. 6, more than 675 individuals have been arrested in nearly all 50 states for crimes related to the breach of the U.S. Capitol, including over 210 individuals charged with assaulting or impeding law enforcement," the release states. 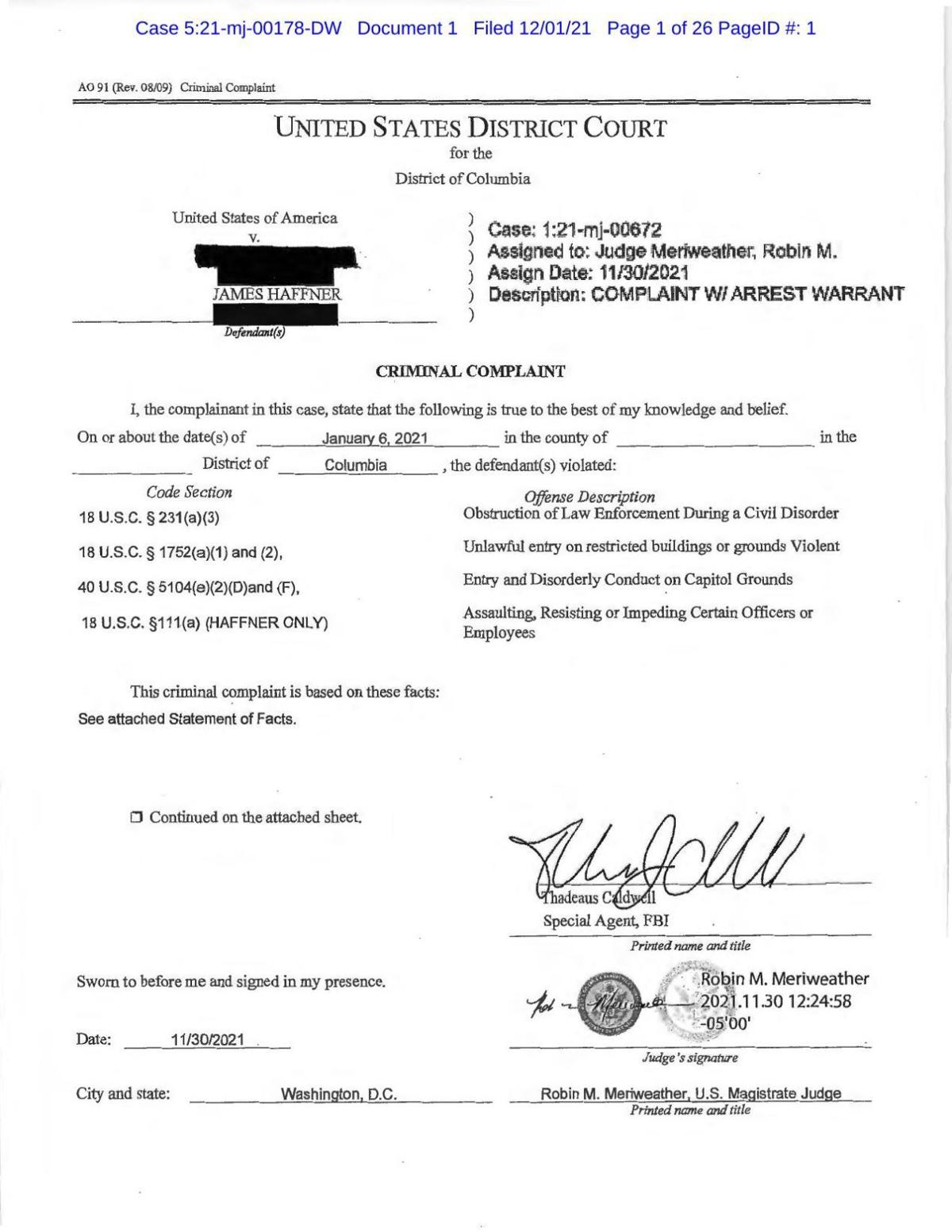 An FBI agent stated in a court document that investigators were able to track Haffner down by using financial records and pictures posted publicly that provided identifying factors that were matched to photos posted on Haffner's Facebook page.

A preliminary hearing for Haffner is scheduled for Dec. 22.

A screenshot of a video showing who an FBI agent believes to be James Haffner climbing over a concrete wall Jan. 6.

A screenshot from a video an FBI agent believes to James Haffner and Ronald Loehrke moving into the West Plaza.

Two men an FBI agent believes to be James Haffner and Ronald Loehrke.

A man believed to be Ronald Loehrke at the Jan. 6 U.S. Capitol riot. The image appeared in a criminal complaint filed in Federal court. 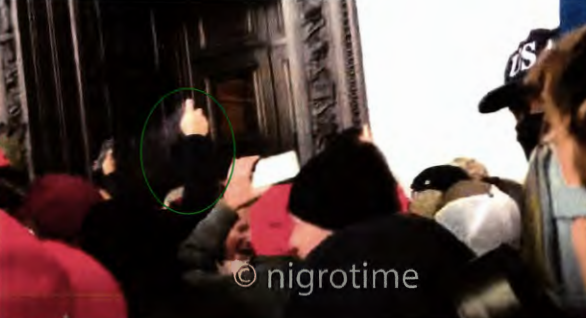 A screenshot from a video showing a man believed to be James Haffner, who was arrested at the Hart Ranch Campground near Rapid City, spraying a substance at officers guarding the Columbus Doors.

A screenshot of a video showing a man believed to be James Haffner helping drag a police barricade aside Jan. 6.